“Family Blood” is a thought provoking allegory for the endless cycle of addiction and the predators that prey on the weak and vulnerable. 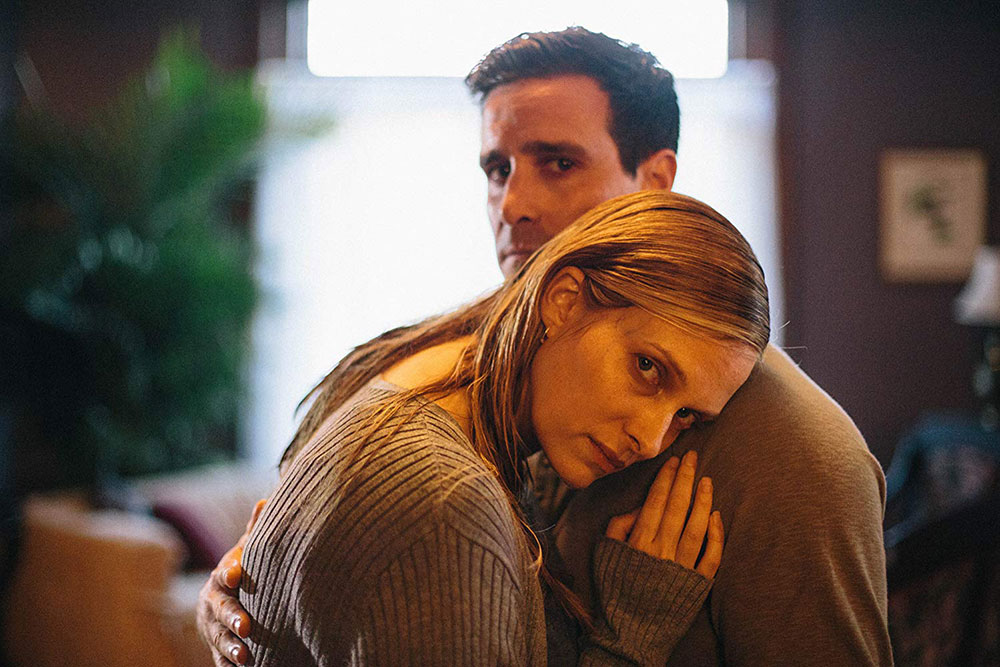 I have never drank, smoked, or taken any sort of drug that wasn’t prescribed explicitly by a doctor. I have never known the taste of beer, what it’s like to smoke weed, or use psychedelics. I have, however, had high-grade fevers, and I realize that many of the things found in these substances already are a part of my body’s chemistry by default. I also realize that many groundbreaking works of art and many groundbreaking discoveries have been made with the assistance of various substances.

We are currently in the throes of the opioid epidemic. This epidemic was mainly brought on by doctors. I mentioned that I only take drugs prescribed explicitly by a doctor. What I didn’t mention was that I only take those drugs if there is absolutely no way I can get over what I have without them. 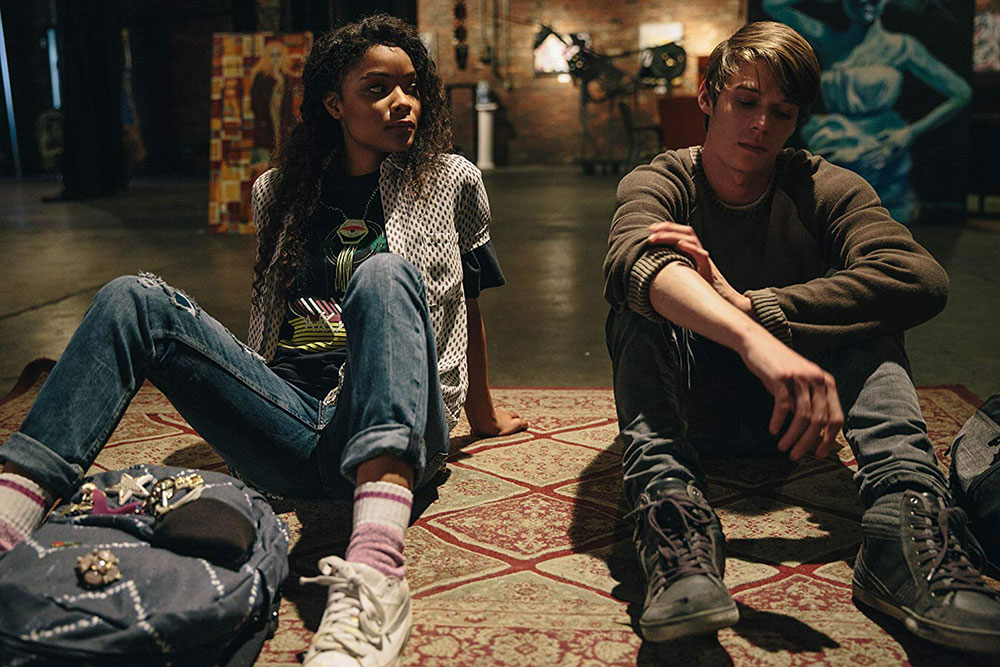 Being a vampire, you are undoubtedly the most dangerous addict. Unlike someone addicted to morphine, vampires really do need blood — and no amount of time clocked into support groups will change that.

In Family Blood, Ellie (Vinessa Shaw) is a mother of two teenage children struggling to overcome addiction and make a new life for her and her kids in a new city. But her attempt to make a fresh start is complicated when she meets a man (James Ransone) who appears to be about her age, struggling with his own form of addiction at a support group.

This man sees her after the meeting, accepting pills and downing them in the park across the street. This man (who is really a vampire named Christopher) decides to cure the destructive addiction Ellie has to painkillers and turns her into a killer with an insatiable addiction all its own. 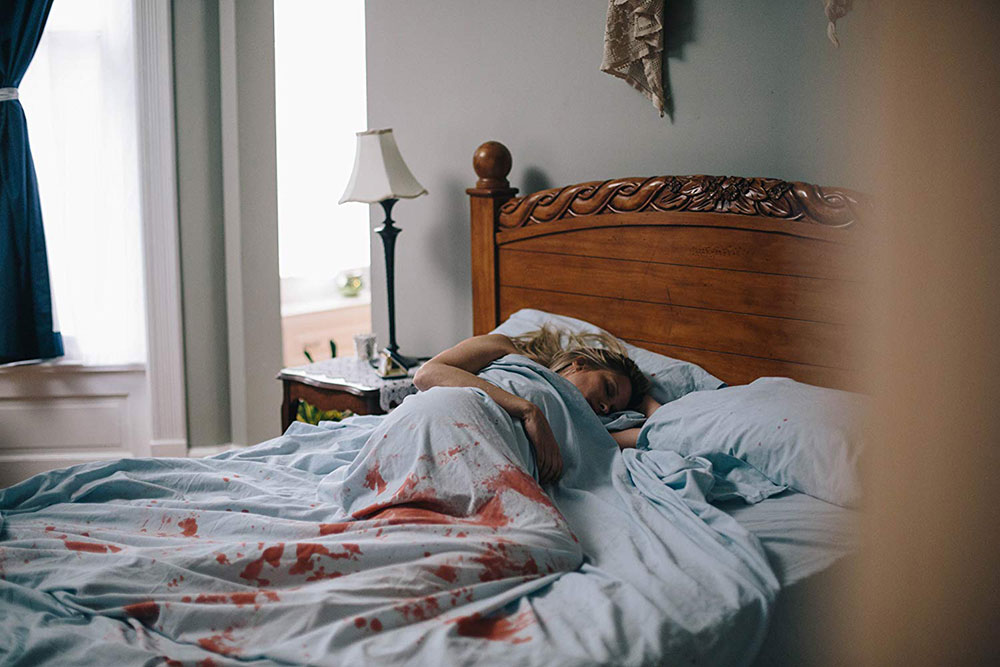 Family Blood — for all its stumbles, odd acting moments, and almost deafening quietness — is a gem in the rough and a must watch.

It takes the opioid epidemic and shifts the lens to a question that needs to be asked. People who are sick or have diseases are commonly treated with medication. Addiction to medication and other narcotics IS a disease. Group therapy, individual therapy, coping mechanisms, pledges, and promises…all of these only go so far. For some, it’s far enough, but for many it’s not. Does that mean we give them a drug they will be dependent on the rest of their lives that will “cure” them of their dependency on the previous substance?

This is how we treat mental illness. When I was diagnosed with OCD, depression, and anxiety, I was written a prescription for two drugs that I will undoubtedly take the rest of my life. I was catatonic before I took these medications, and I know from attempting to go off of them that therapy for me is not enough. I am dependent on these medications to keep me from being institutionalized.

I’ve gotten them down to the lowest dosage possible, but I still have to take them. As someone who is straight edge, this goes against everything I believe. I never wanted to be dependent on anything, and I still don’t. But I recognize that in this instance I have to for my own safety. 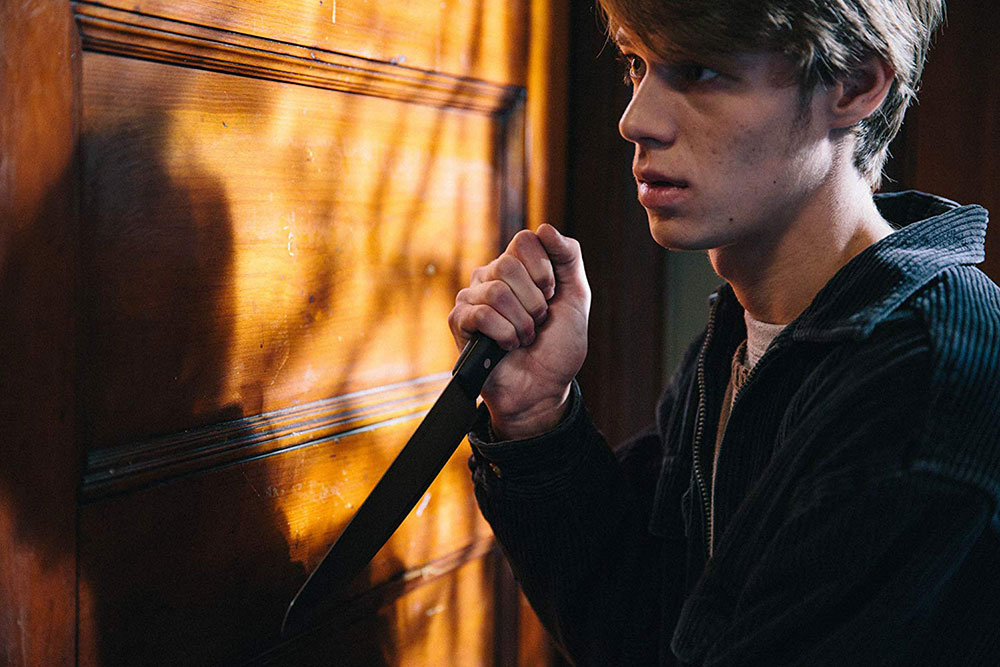 After Ellie is turned into a vampire, she is told initially by Christopher that things get better, but this is just a ruse. Being a vampire never gets better. You will always need blood to get by, and this comes at a great cost…just like my antipsychotics. The character of Christopher represents big pharma. He comes with the seemingly unselfish intention to help you, but his real motive is getting you dependent on him. Once you’re dependent, it’s nearly impossible to get away. You’ve rid yourself of one demon, but in the process gained another.