“Blood Child” is an emotionally haunting and chilling supernatural thriller about the pain of loss that succeeds in many ways, despite its flaws. 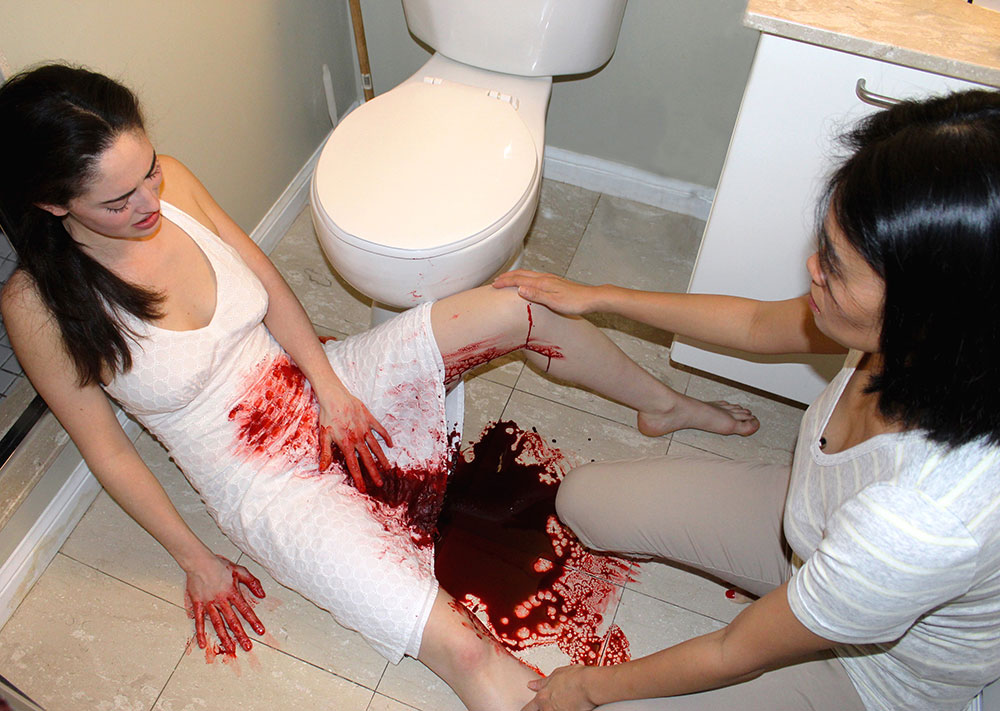 Underestimating the power of Black Magic is a mistake that no one should make, but having done just that, Ashely finds out that the consequences of that choice will tear her once perfect world to pieces.

As a female, I can empathize with the horrible pain this mother would feel at the loss of a baby. You have a life inside you, and then it’s gone. I could feel her heartbreak. So, what if you could have a little bit of that child back? Would you want to try? Would you do the unimaginable?

The story of Blood Child is touted as being a true story. Whenever a movie says that, I wish they would link to the real story so I could see where it came from. That always intrigues me. 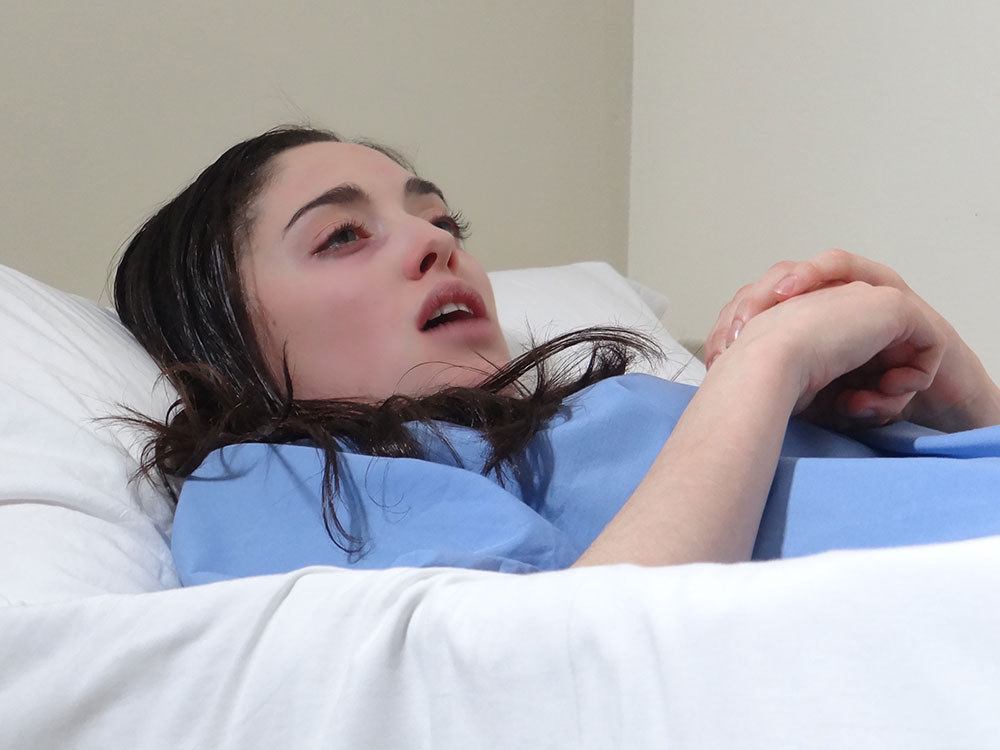 Synopsis: Ashely and Bill (Alyx Melone, Biden Hall) are the perfect couple. They live in a beautiful Singapore paradise, are successful and now a have a baby coming. After a tragic miscarriage takes that away, a grieving Ashely sinks into a deep depression. Feeling she can never be happy without her child, she enlists the help of her housekeeper Siti (Cynthia Lee MacQuarrie) to help her find a witch doctor (a bomoh) who can trap the spirit of her unborn daughter, so she can stay with her forever.

Dabbling in occult practices you don’t understand is never a good idea. Ashely has found a way to be with her daughter Anna and raises her “ghost child” without the knowledge of her husband. But when Ashely and Bill go back to the United States to start over fresh, they find themselves pregnant again. A very jealous Anna is angry and does whatever she can to keep her mother to herself. 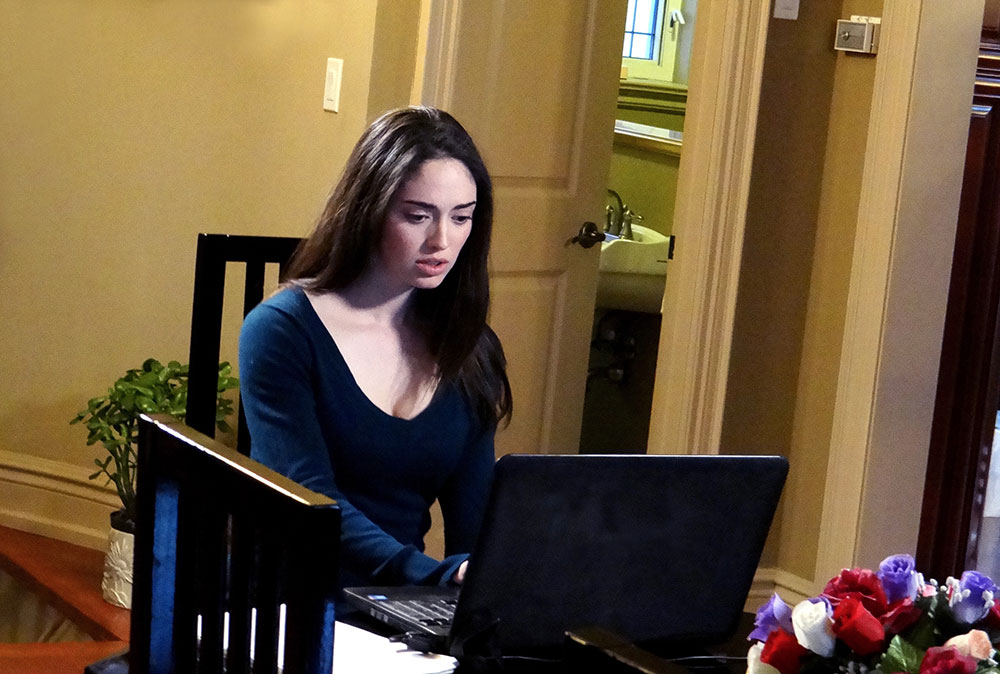 Blood Child is an exceptional story, with many familiar ghostly tropes. The little ghost girl, Anna, has it all. She comes and goes when she wants to. She has telekinesis and can move objects, so she can play with mom and Siti. She messes with their minds, making them see things that aren’t there and giving people nightmares.

But unfortunately, she doesn’t smell very good, because she must eat bloody meat every day. That smell tips off friends and family that things aren’t quite right and forces her to be behave badly towards them. Sounds like a pretty normal spoiled kid, doesn’t it? Jealousy and anger bring out the true evil in Anna — that unfortunately comes with the use of dark magic. 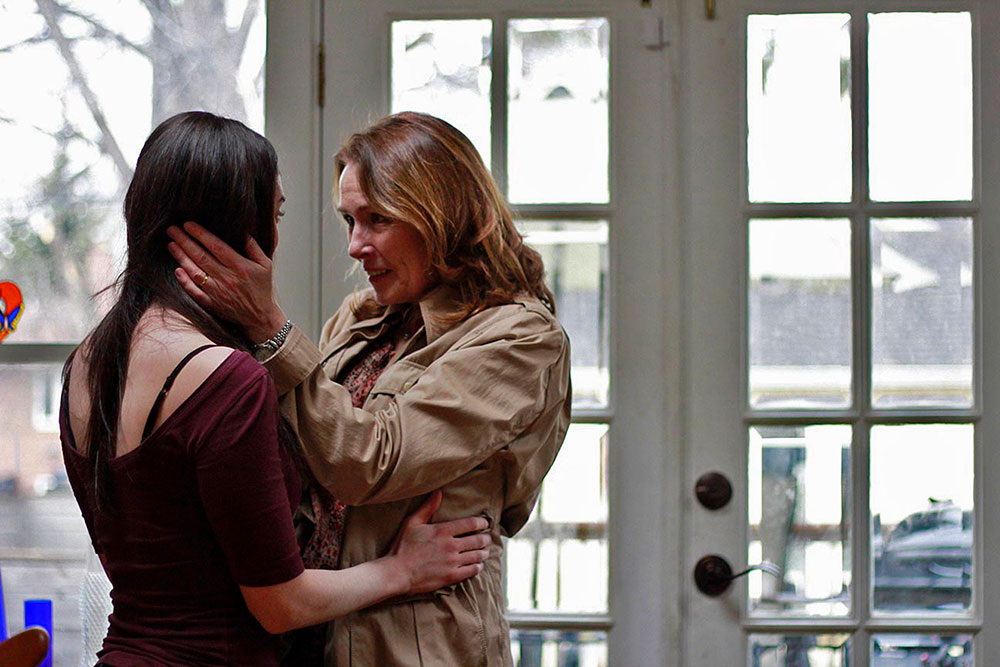 Jennifer Phillips has written and directed a good story, but some of the dialog seems too perfect, like maybe people don’t really talk that way? Most of the characters were unlikable. The husband, best friend and mother-in-law were all snotty and mean. They were very condescending to Ashely and absolutely horrible to poor Siti, who I am sure would have walked away from that hostile workplace if she was not there to help take care of the ghost child.

My other problem, being a makeup artist, is the little girl’s look. She is painted green and way too cute. Every time she was on screen it pulled me out of the moment. I expected and wanted her to be a lot scarier. I’m sure it was all about the budget, but there are inexpensive make-up techniques that could have made her much more terrifying! 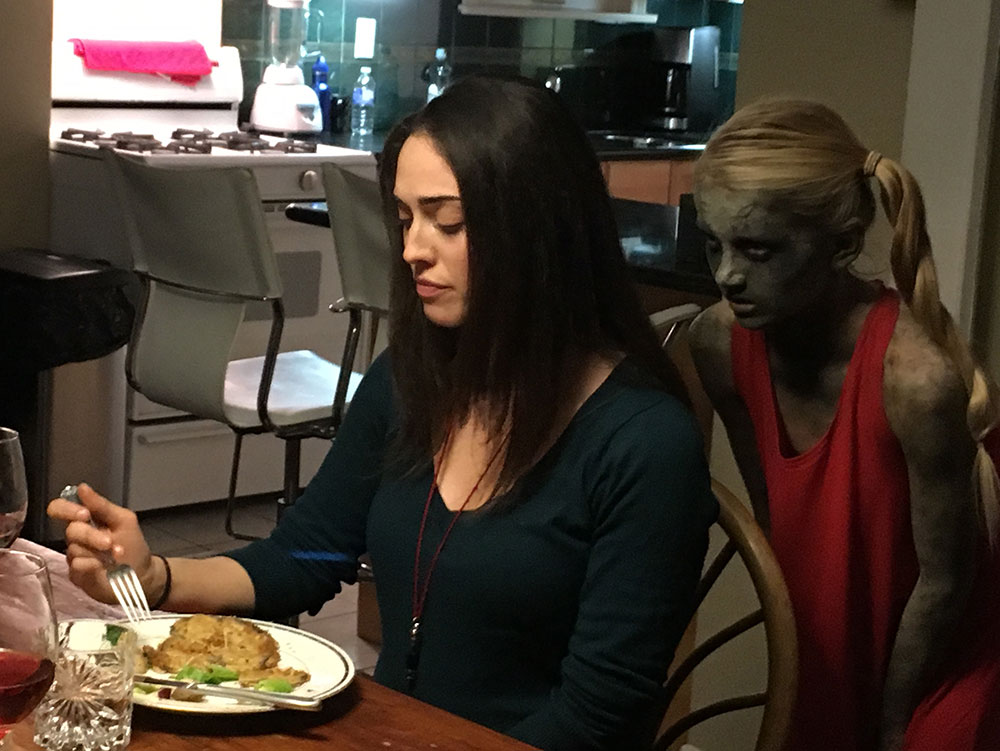 This is where the film really feels like a beginner’s feature, which it is — so there is a ton of room for growth on Jennifer’s next film!

Other than those things, I truly enjoyed Blood Child.

This is an emotionally-driven film. I felt sad for Ashely and understood her maternal instinct, but knew right away that when you mess with magic, that is not even from your own culture, things will go downhill fast. I’m sure if she knew she would be pregnant again that she would have made a different decision. Lead Alyx Malone did a fantastic job in this part, and I feel like she was the main reason the film works as well as it does.