While the scenery may be quite beautiful, a long and tedious journey with no real destination makes “Temple” ultimately not worth the hike. 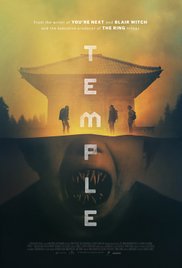 I expected Temple to have a few clichés and a lack of character development, but I figured these would be only minor quibbles that would be quieted by more than just beautiful cinematography. I don’t know why I figured this. 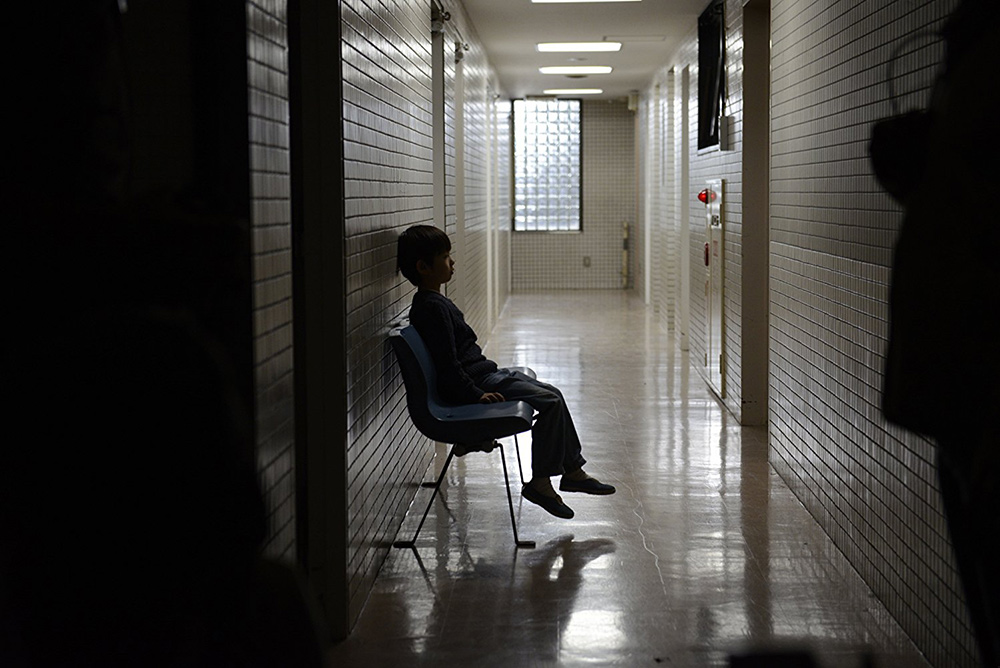 The film starts and ends in a sterile interrogation room in some sort of “hospitalesque” government facility. In this room, three men are seated at a table. The oldest of these ashen men is interrogating the man seated across from him who sits in a wheelchair, surrounded by a bubble. This man speaks very laboriously and low, and with good reason. He has suffered severe burns and abrasions to his face and body.

The other man at the table is an English and Japanese translator. We return to this scene at the end of the film where a laptop is whipped out and everything “falls into place”. I’ll get back to this shortly. 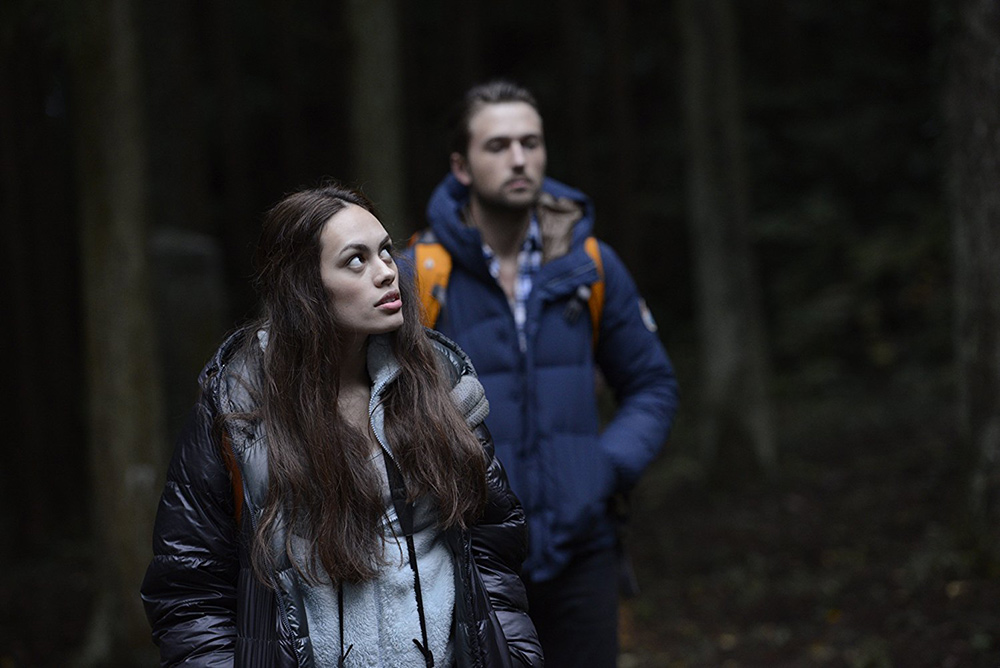 The rest of the film is, for the most part, shot in and around Japan as our three paper thin characters attempt to track down a specific temple that they have been warned repeatedly NOT TO GO TO! But do they listen? Thankfully, no. They go to the foreboding forbidden temple. And then…it gets really scary!!!! But, not really.

The film then further devolves into half Blair Witch Project, half J-horror parody with guns firmly holstered. 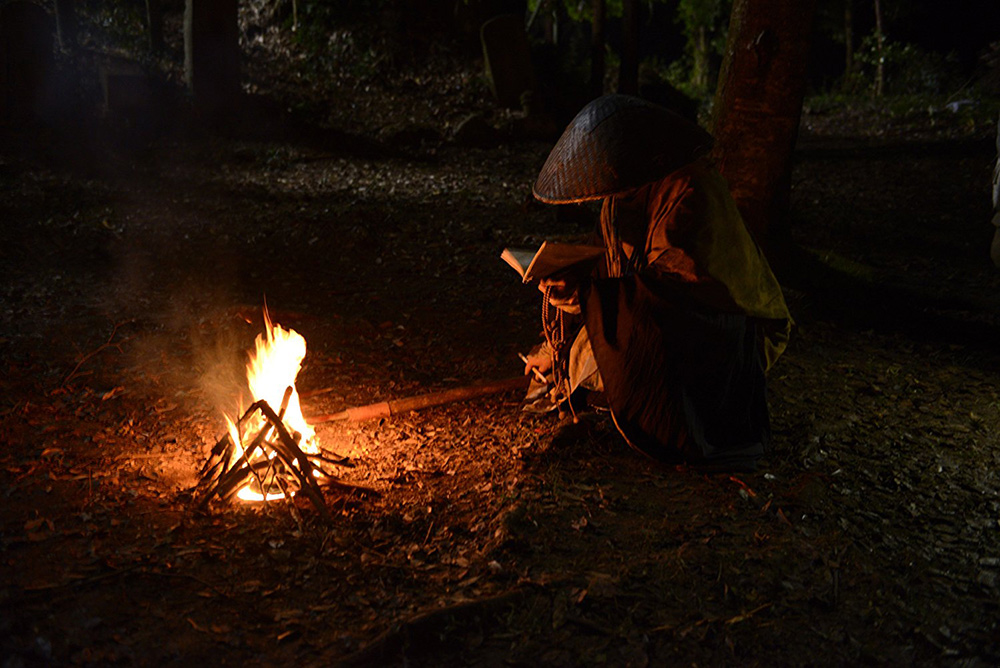 Why firmly holstered? I don’t know. Nothing in Temple goes all the way. The entire film is extremely indecisive and waffles between its two main influences through the first two acts (and half of the second).

It eventually decides to stick with both, but then downshifts allowing the film to crawl along till we return to the interrogation we were treated to in the beginning. As I’ve already stated, this is when a lap top is whipped out and “everything falls into place”. But does it really? It does, kind of, but it’s cheap, hard to believe, and derivative. 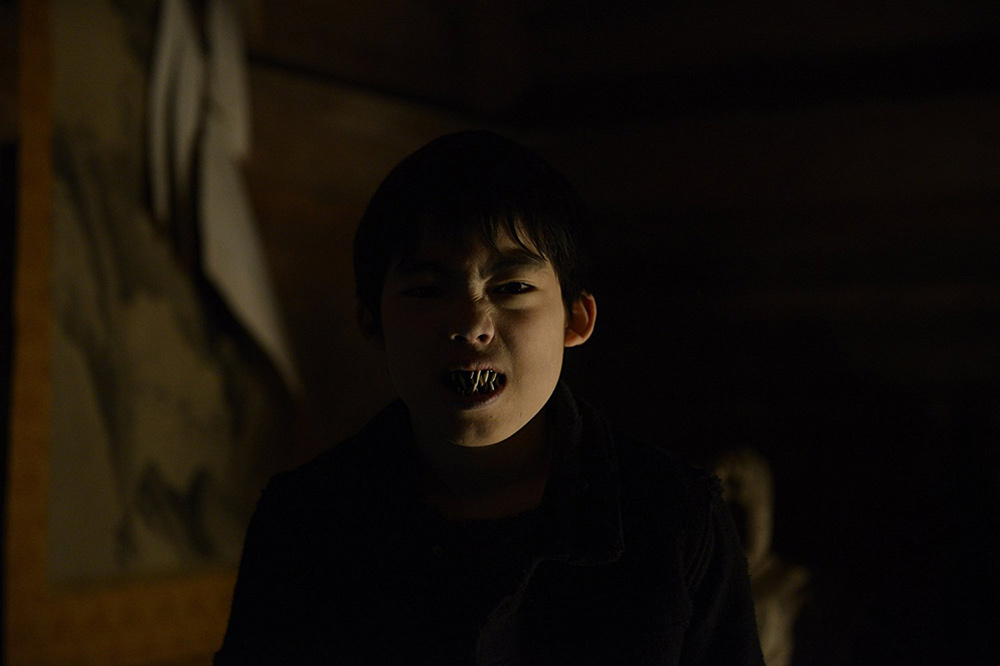 In the end Temple (2017) is a beautifully shot, competently acted horror flick with creepy children and one half-fox temple creature we only briefly get to see.

It’s a film that never goes full throttle in any direction and ultimately drags its feet the entire run time. In closing, I feel that if the existing material shown in Temple was cut down to a 25 to 30 minute short, the film would fare much better…and I would be giving it A LOT more praise.