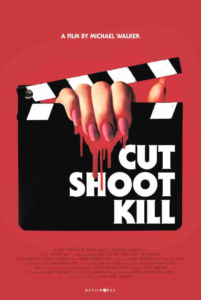 Writer and director Michael Walker’s Cut Shoot Kill tells the story of an up-and-coming actress who accepts a leading role in a low-budget horror movie — only to discover that in doing so she will be held hostage by the homicidal impulses of a production team determined to present violence in the most realistic way possible.

While initially the plot of Walker’s film might seem a bit familiar or predictable, Cut Shoot Kill spins the genre on its head through its strong performances, confident cinematography, solid script, and its mind-bending “film within a film” approach. 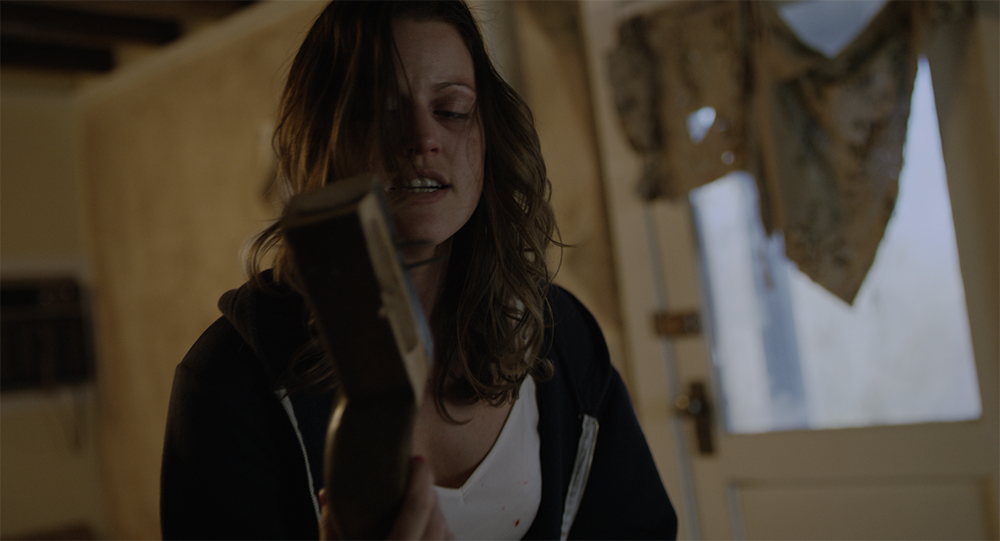 Serena Brooks (Alexandra Socha) is the ambitious young actress who somewhat reluctantly agrees to take part in the film, an indie feature to be shot in the middle of the woods by a team of filmmakers who are equal parts weird, funny, morose, and committed to their work. The director of the fictional movie, Alabama Chapman (Alex Hurt), is an intriguing character who speaks with a low-key drawl and seems to be hiding secrets from a sordid past. Candice (Lexi Lapp) is another young actress in the film within a film, while iBall (Jay Devore) and Edward Shipman (Henry Zebrowski) add interesting layers to the plot.

Not everything on this strange film set is as it seems, and at times the audience will not immediately be aware of which scenes occur within the reality of ‘Cut Shoot Kill’ and which scenes occur within the reality of Alabama’s horror project. It’s a creative and fun premise that keeps the viewer second-guessing the action and leads to the deep psychological disturbance brewing within Serena. Just as the talented actress doesn’t know who to trust on the set, viewers of Walker’s film don’t know which characters to trust either. 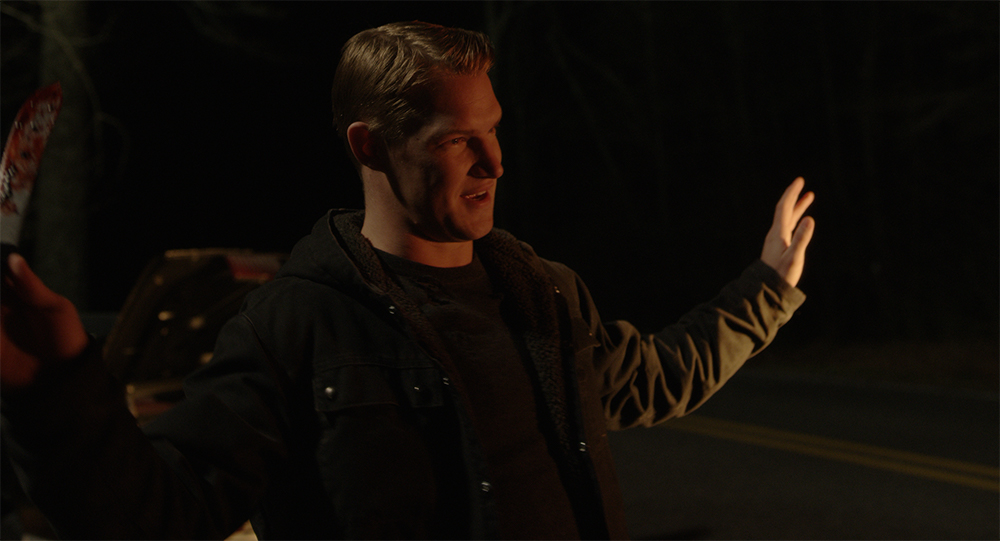 Many aspects of Cut Shoot Kill set it apart from other genre films that feature relatively unknown performers and have a limited budget.

All of the performances in the picture, especially those of Hurt and Socha, are impressive; the dialogue is never hokey or filled with mindless profanity or pointless chatter. Walker’s script attempts to deal with both the film industry and these very disturbed individuals in a serious way, and the film-within-a-film structure really keeps the momentum alive (Cut Shoot Kill also includes snippets of short films that the fictional production team have shot in the past, which, if viewed carefully, contribute to the audience’s understanding of the principal characters). 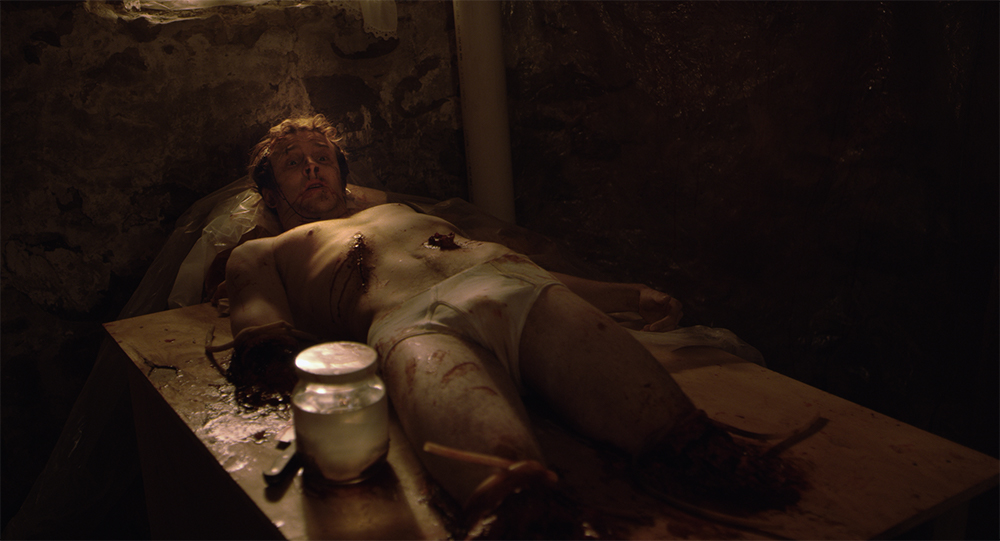 The film is not particularly gruesome or scary, but the murder sequences are shot well and the special effects are convincing without being over-the-top or unrealistic. One of the more fascinating aspects of the movie is the way in which Serena’s character adapts to the terrifying situation at hand, in essence becoming the “horror heroine” that she had strived to avoid in her acting career.

As mentioned, Alabama is also a standout character in the film, a stubborn and moody young man who will stop at nothing to achieve the troubling objectives of his art. Hurt plays the role with an intense, long-simmering menace that makes the tension quite unnerving at times. Audiences never quite know what Alabama is going to do next, a fact that makes him a memorable villain and (most likely) relatable to those who work within the challenging film industry. 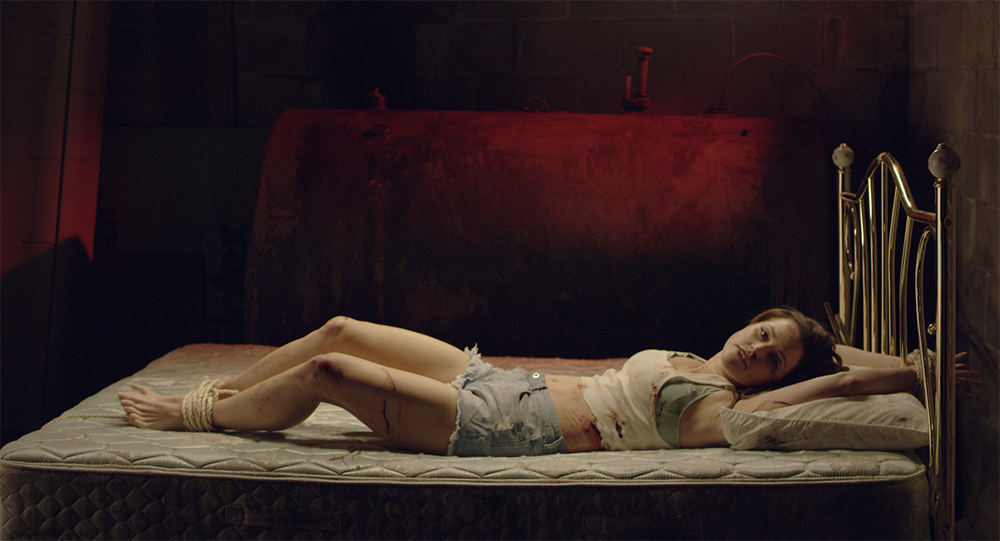 Ray Flynn’s cinematography, which effectively depicts the isolation and terror of the backwoods setting, also contributes to the power of the film.

Michael Walker’s Cut Shoot Kill is an energetic and original piece of filmmaking. Walker’s screenplay and direction enable his actors to embrace their roles and the overall story with drive and enthusiasm, and the end result is a work that is commendable on multiple levels.