“The Beach House” is a mesmerizing parasitic invasion film that is so stunning to watch, you almost forget the horror of humanity’s demise. 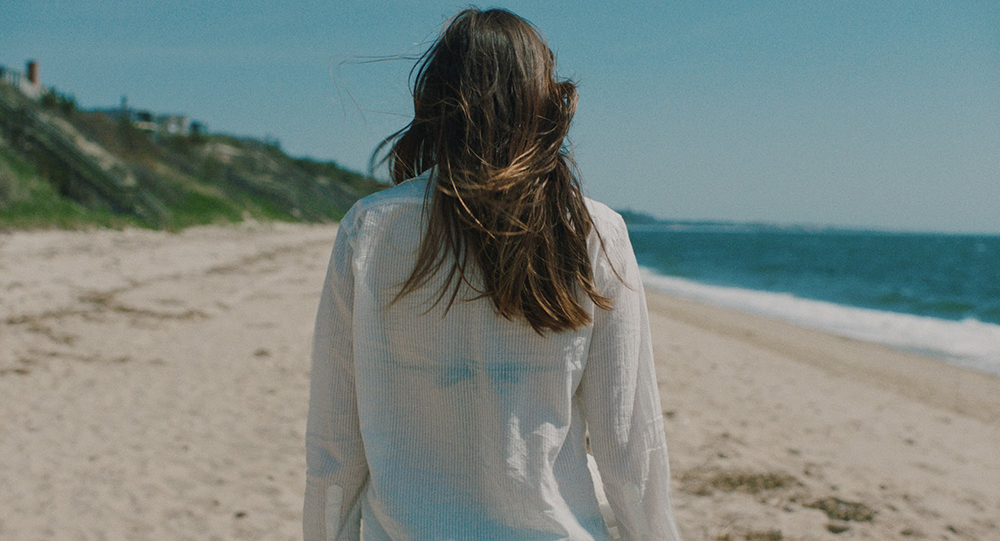 Humanity is proven to be delicate in Jeffrey A. Brown’s dazzling directorial debut, The Beach House. Inspired by classics like The Mist, Night of the Living Dead and most obviously the works of H.P. Lovecraft, this terrifying sci-fi nightmare illustrates how, in the blink of the eye, a microscopic being could destroy us all.

Imagine being on the beach when everything starts to glow with a mind-altering bioluminescence, and a creepy fog rolls in. Would you be repelled and run away — or drawn to it like a moth to a flame?

Synopsis: A romantic getaway for two troubled college sweethearts turns into a struggle of survival when unexpected guests – and the surrounding environment, exhibit signs of a mysterious infection.

Recent college graduate Emily, (Liana Liberato) and her drop-out boyfriend Randall (Noah Le Gros) are having problems agreeing on what to do with their lives. Randall decides to take her to his father’s idyllic beach house so they can relax and work things out. He wants to just kick back and do nothing for a while, maybe even live there. But Emily has grad school plans, and the tension between the two of them is palpable. 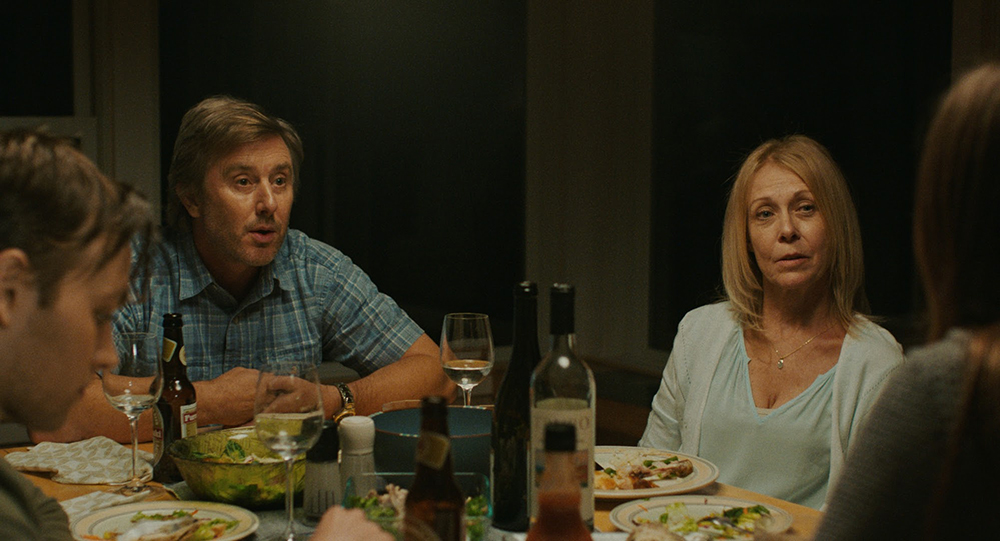 After a quick run to the bedroom upstairs to de-stress, Emily discovers there is someone else in the house. Jane (Maryanne Nagel) and Mitch (Jake Weber) are friends of Randall’s father and seem to be very settled into living at the cottage, though it is not clear if they have permission or just moved in on their own. They seem nice enough, and Randall remembers them from his childhood, Thus, at first, it appears kosher for them all to hang out and have dinner.

After they drink up all the wine in the house, Randall gets out some high potency edibles he brought with him to the beach house. The foursome decided to relax — after a bit of coaxing needed to get Emily on board — and get high together. And that’s where the evening starts to get weird.

At this point, I held my breath — and then, yes, I was hooked. 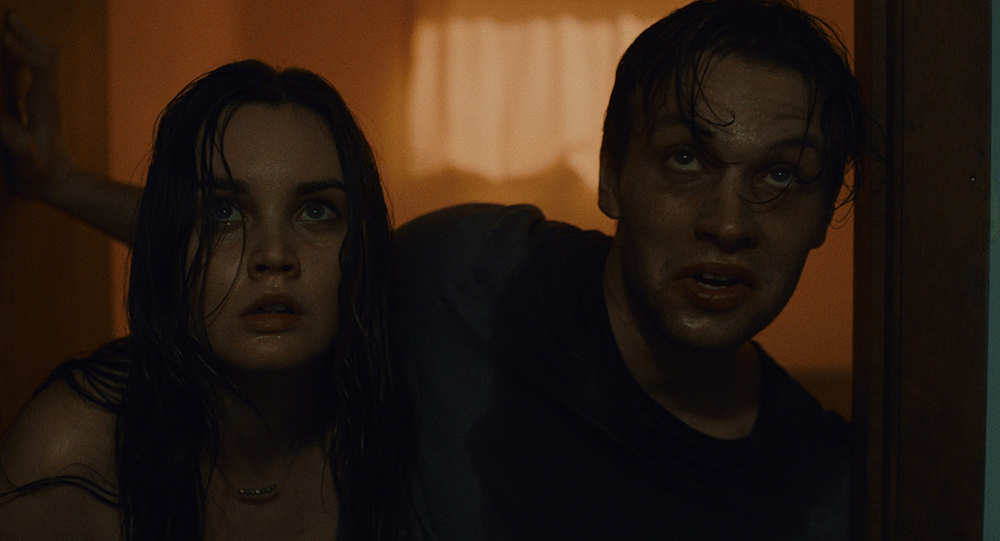 As soon as I realized The Beach House was not another over-done, “these-aren’t-the-people-you-think-they-are” home invasion flick, I eagerly settled in for the wild ride the film would soon take me on.

We quickly learn Jane is sick. Emily opens the medicine cabinet in the bathroom to find a large assortment of pills prescribed to Jane. And Mitch cryptically explains that she has changed recently, and he has taken on the role of her caretaker. Soon everyone begins to feel the effects of the edibles. And while the reactions among the four differ, there’s no doubt they’ve taken some powerful stuff. Because of this, everyone is on edge and and very sleepy.

When the beach starts to glow and the colorful mist rolls in, no one is really paying much attention — except for Jane, who wanders out dazed and alone into the foggy night.

Emily and Randall doze off for a while, and Mitch wakes up to find his wife missing. He sets out to find out. Meanwhile, Jane makes her way back home, but she appears sicker than ever. Appearing quite weak and coughing aggressively, she locks herself in the bathroom. The youngsters crash for the night, figuring the adults can take care of themselves.

Waking to a glorious sunny morning, the mysterious mist is nowhere in sight, making the night before seem like a strange dream. 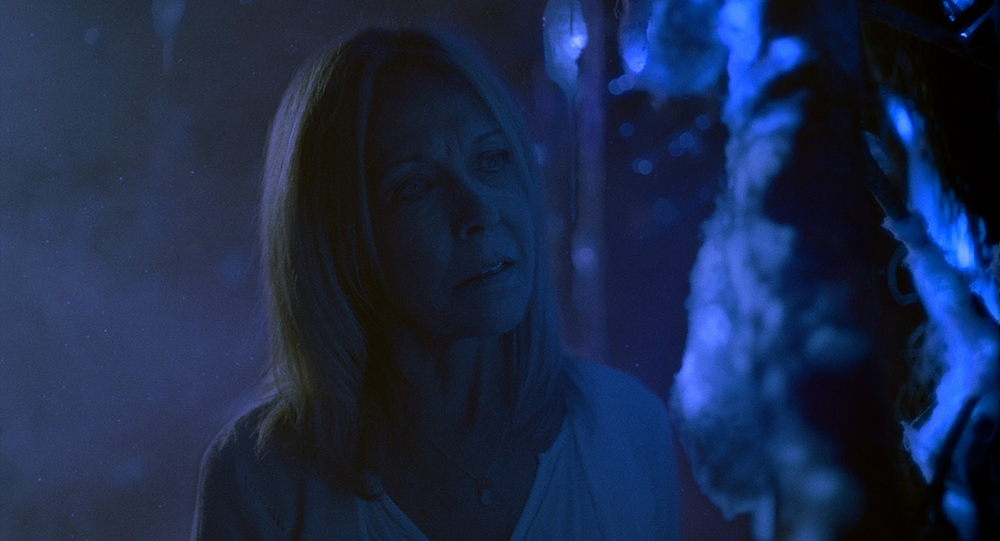 But when Randall himself starts to suddenly feel ill, the tension quickly ramps up.

Events escalate like mad, and the truth behind the lovely, glowing fog becomes terrifyingly clear. As it rolls in, it brings with it unthinkable horror to the four housemates, as well as the rest of humanity.

Whatever unknown organism has landed on earth, it mutates its victims quickly and grotesquely — turning them into something less than human. It can infect your lungs and your stomach, or through the fun of a parasite that burrows directly into your skin. One of the most graphic and stomach-turning scenes illustrates this in a wonderfully disgusting way. (Yes, I love the gore!)

It becomes clear that no one is strong enough to escape the grip of the powerful supernatural force that is taking them over.

I am a seriously in love with The Beach House. 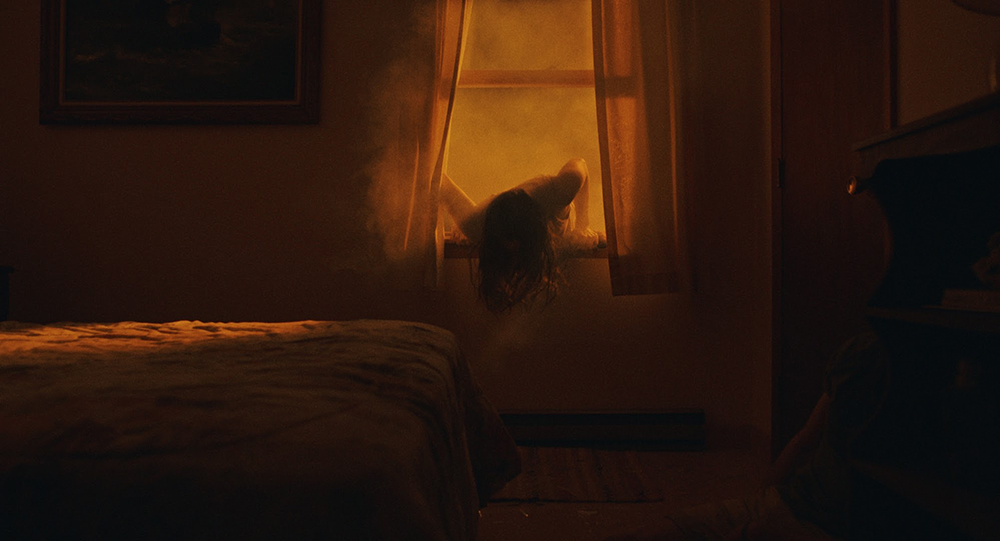 Though I would have personally preferred a less ambiguous ending, there is far too much good stuff here to fault Brown for that. This is an absolutely terrific story!

The absorbing, Lovecraftian atmosphere sucked me in right from the luminous start. It’s structured perfectly, and the creepy score is as amazing as the striking visuals. The acting was exceptional across the board, but the highlight was the stellar performance of young Liana Liberato. She was so intense and believable, and I wanted her to survive at all costs.

The devastating cosmic chaos comes with few concrete answers. There’s something funny in the water, and it’s definitely not good. But we never learn what starts the mysterious apocalypse or where it came from. Emily, an astrobiology major, discusses her studies early on in the film, reminding us, “Life is fragile.” This sets the stage for an indescribable, body horror infection film that proves how right she is.

The Beach House may be too much of a slow burn for some viewers, but those with patience and a passion for Lovecraftian horror should make plans to see this beautiful film immediately when it lands on Shudder July 9th.