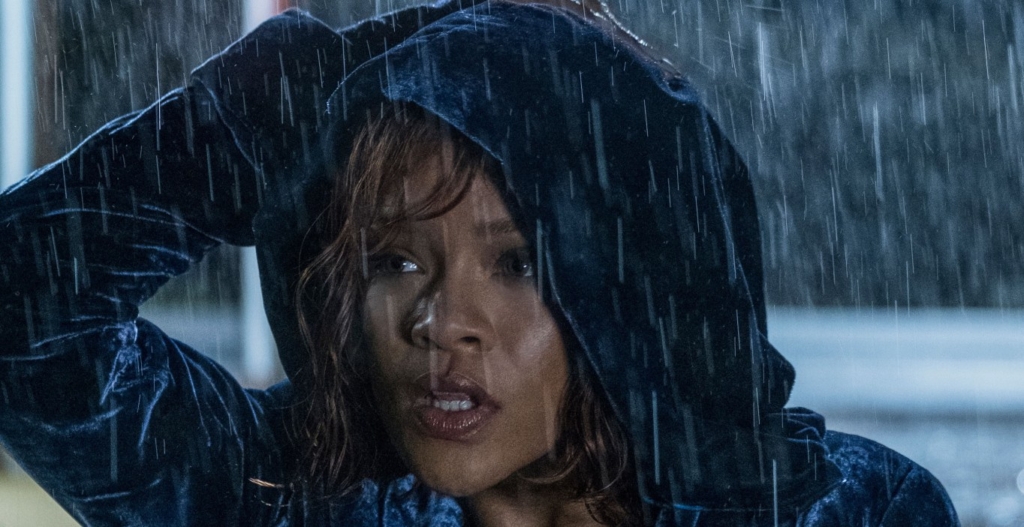 Above, you’ll find the genre’s new Marion Crane. The newest actress to take on the role of the run-away thief, originally portrayed by Janet Leigh in the 1960s classic PSYCHO, is musical icon Rihanna. Rihanna takes on the role, which was first made famous with Leigh’s performance in Alfred Hitchcock’s PSYCHO (the film in which the Bates Motel series is based off of) for the show’s final season on A&E.

During the teaser for the series farewell, we find: Sheriff Romero threatening to kill Norman, Norman having a break down stating Norma is made-up, and of course the arrival of Rihanna as the genre-famed, Marion Crane. Will Rihanna be able to deliver an as iconic performance as Janet Leigh? Who knows! 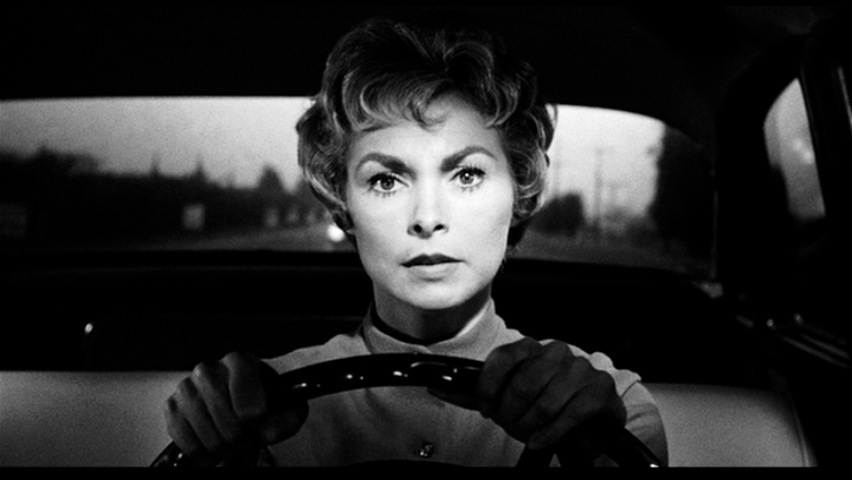 What we do know is Bates executive producer Kerry Ehrin told EW Rihanna’s Marion Crane will be a more “fleshed-out” version of Janet Leigh’s back in 1960. During a recent interview, he stated:

“We’re taking threads of that story and definitely using them so it’s recognizable, it’s just where we go with it is very different,” Ehrin divulged further to EW. “It’s tough to be in a situation where you’re in love with a guy, and for whatever reason, he keeps stalling. You still have all this hot sex with him, and he’s saying he loves you, but he’s stalling. The internal story of that, for a woman, is a really interesting one. We never really got to see that. In Psycho, you just see the outside of that more. It was trying to do a story about a contemporary woman with some edge, with some expectations, who isn’t perfect, who isn’t always perfectly sweet, who is in that situation, but we’re rooting for her to get what she wants.” 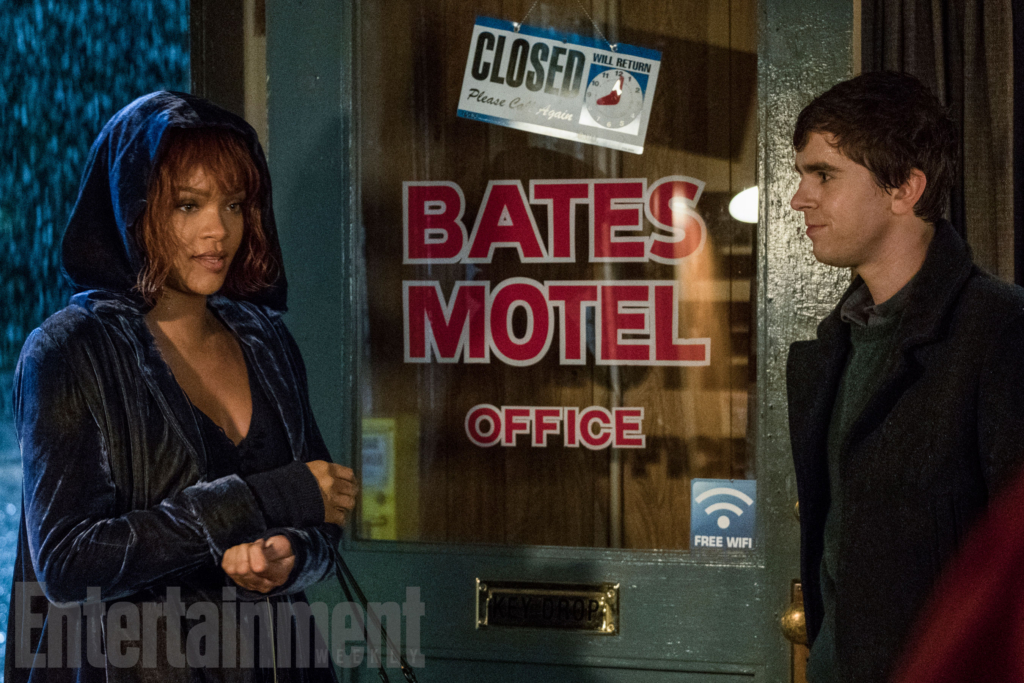 Rihanna has been tapped to star in multiple episodes in the season before her character’s eventual death. Speaking now on Norman, Ehrin continued…

“Norman is in an incredibly intense and interesting place that we’ve built him to when that sequence of episodes starts.” Ehrin teased on, noting the new season picks up about 18 months after Norma’s (Vera Farmiga) death. “It’s this collision of Bates Motel storytelling and then Marion Crane showing up into that. He’s in a very fragile and lonely place, and Marion Crane is a charismatic woman. She’s super present when she’s with him, and she’s very attractive — all those things are exactly what he needs right at this moment.”

Additionally, this nugget of news on the fan favorite was dropped by series star Vera Farmiga: The upcoming season has finished filming! (See Below Announcements.) 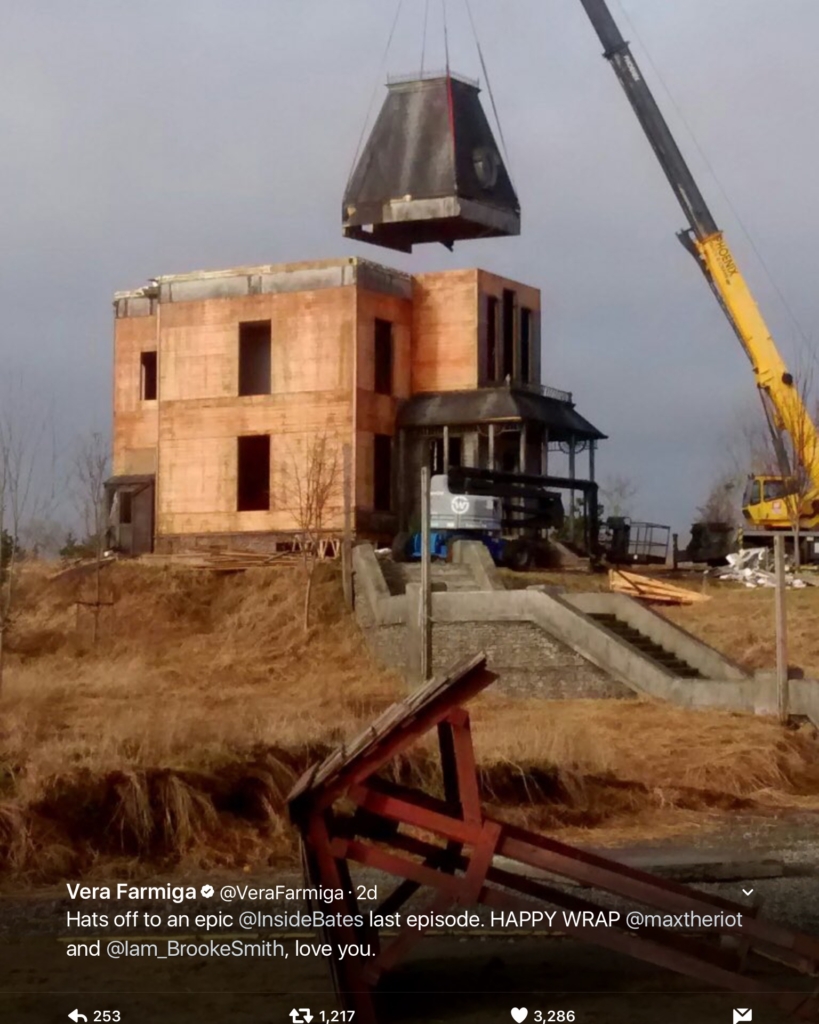 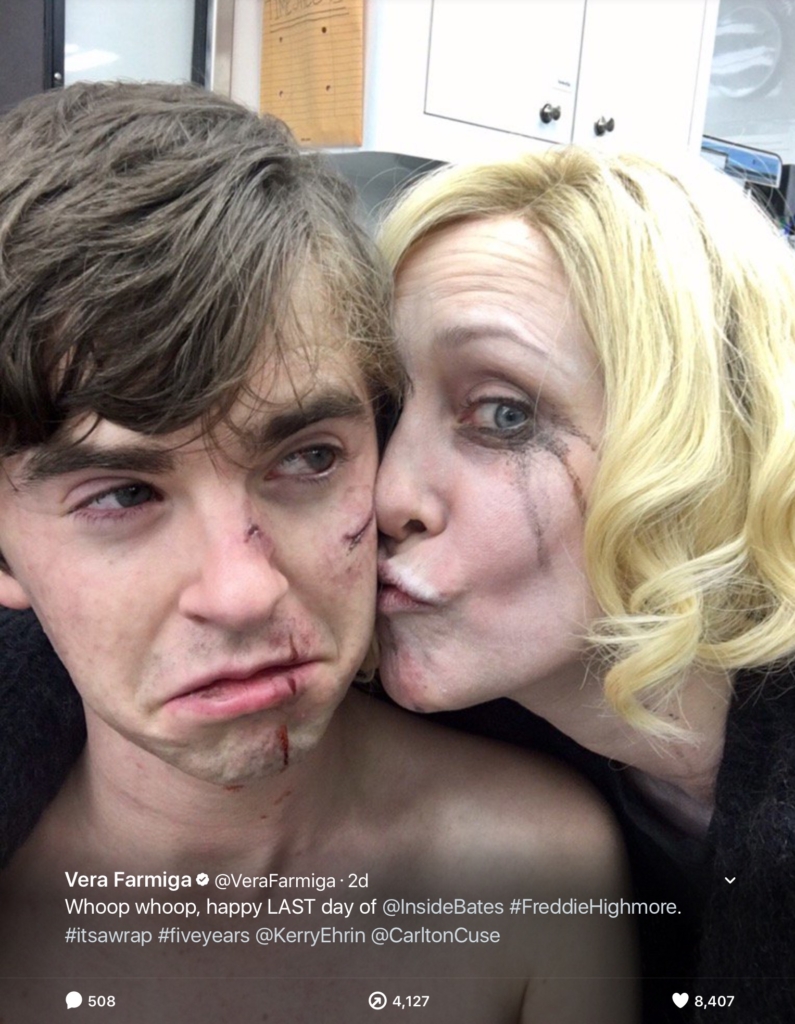 A&E’s PSYCHO modern-day prequel, Bates Motel, debuted back in 2013 to an audience of 3.04 million viewers for just its first season [according to TVSeriesFinale]. The series managed to keep its ratings in the upper to mid-million range throughout its time on air, despite a a near 2 million decline in viewership from season 1 – season 4. As it stands right now, the series can do one of two things: either turn around and go out on its highest numbers or just continue to decline.

As for those lost viewers, hey, we all go a little mad sometimes!