“Genoveva Rossi is a professional actress of film and stage, a cult film star, and a well-known horror genre actress. “Genoveva Rossi is one of the best known Scream Queens in the world, ” writes Clare Nixon of The Digital Dead (UK). This horror queen is best known for her portrayal of gypsies, witches, fortune tellers, Satanists, and soldiers. Some of the films you can look for Genoveva in are: Herschell Gordon Lewis’ Bloodmania, Take 2: The Audition (with Tyler Mane,) Apocalypse Kiss(with Michael Berryman, D.C. Douglas, and Tom Atkins), 100 Acres of Hell (directed by Jay Lee, who directed Zombie Strippers and starring WWE star Gene Snisky), Death House (with Kane Hodder, Dee Wallace, Barbara Crampton, Sid Haig, Bill Moseley, Tony Todd, Adrienne Barbeau), Toxic Tutu,Tapestry (with Stephen Baldwin, Tina Louise, and Burt Young), A Dark Place Inside, I Spill Your Guts, Hunters (with Linnea Quigley), Bite School, Agraphobia: Fear of Sexual Assault, Scotomaphobia: Fear of Blindness, Cool As Hell, Blood Slaughter Massacre, Jack ‘O’ Slasher, Witchs Blood, and many more. Outside of the horror genre you can find her in the genres of drama, thriller, and comedy.

Each month Genoveva writes a feature for UKHorrorscene.com called A Life in Blood: Tales of a Horror Queen and Genoveva Rossi’s Screaming Corner in The Digital Dead; both publications are based in the United Kingdom. She also wrote for Malevolent Magazine “A Day In the Life Of A Scream Queen”, which features her adventures in the horror genre. In addition to being a professional actress, she is also a model of both photography and fine art. Interestingly enough, Genoveva has also always had a fascination with mysticism and the occult; she is a professional psychic reader specializing in tarot, runes, palms and crystals. Genoveva has always been a huge fan of acting. As a child she loved to play dress up and act out different scenes from her favorite movies. Her favorite genres to act in are: horror, comedy, drama, and improv.

Also, Genoveva has always been a huge fan of horror and the supernatural, so her transition into acting in the horror genre was very natural for her. She is mostly known for her horror films, but has branched out a quite bit in her selection of roles. She’s played a sexy Satanist, a séance leader, a demon, a pregnant hippie, a mother, a hired assassin, a murderer, a witch, a fortune-teller, a doctor at a mental asylum, a reporter, a zombie, a vampire, a member of the National Guard, a sexy model, and a whole bunch more. So far it’s been an exciting ride and a fabulous opportunity to challenge herself as an actress and to expand her horizons as an adventurer. Genoveva loves the excitement of trying on a new character and really getting inside that person’s head. She is based in the NYC/NJ area.”* 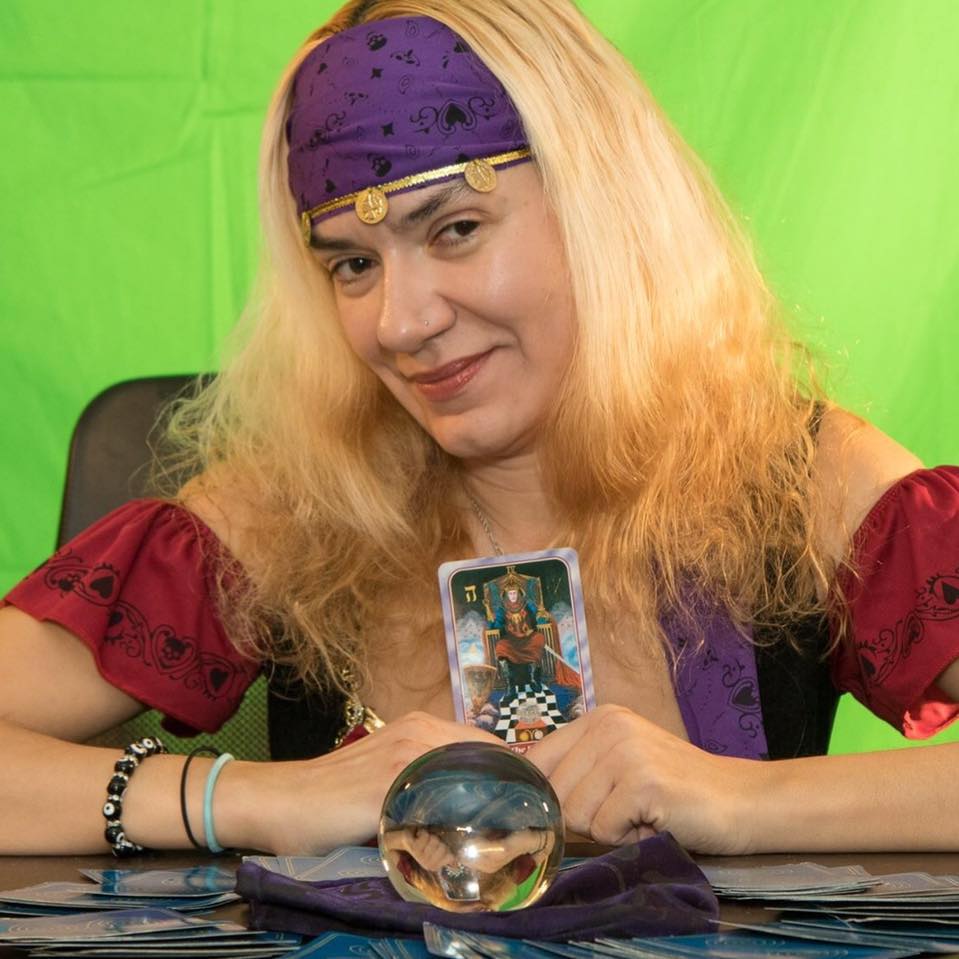 I acted in theatre in school and short films in college. Then one day I was asked to be in a pal’s film called Jack ‘O’ Slasher. Right after that I did the now well-known I Spill Your Guts then Zombie Hunters: City of the Dead. And the rest is horror history!

I am very inspired by Barbara Steele as an actress in horror. An amazing talent with a striking look. The man that inspires me the most is Vincent Price. A phenomenal actor with a enormous body of work. 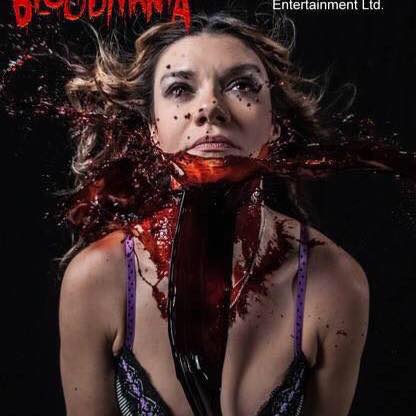 The Pit and the Pendulum is just a beautiful and precise film. It showed me that horror could be art. Later The Exorcist taught me how scary the horror genre could be.

I like strong, unique characters in difficult situations. As an actress, it excites me to embrace through my acting a broad range of human experiences. Each role is so different from the one before and that’s invigorating. 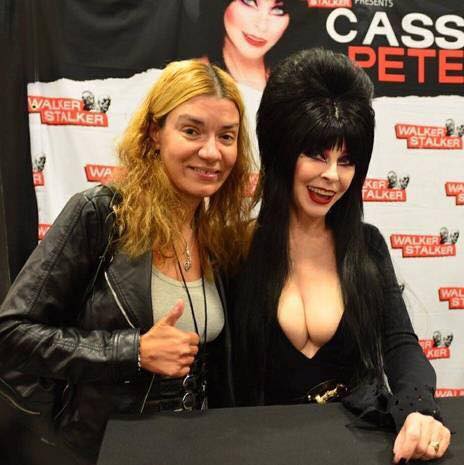 I hope women will rise to embrace a great variety of roles. That more scripts will have strong female leads. That more women will write, and direct too. This is slowly evolving though. As an actress in horror I want to see myself playing roles that express the darkness in the souls of women. Women capable of perhaps great love, but also great evil.

Look for me in the dramatic horror short Mr. Bones and the fantasy/sci-fi film Mr. Blueshirt: the Inspiration. It is a honor to be in James Balsamo’s upcoming film The Litch; which also has Tom Sizemore. Also I am shooting Safe Place in Orlando, Florida soon and Twincarnation in Ohio.

Thank you so much for reading ghouls!