A simple birth control device turns a young woman’s body into a terrifying weapon in “Marla”, a film that doesn’t quite deliver on its strong premise.

I’m pretty sure the female written and directed Marla (working title Marla Mae) could have been a bold feminist statement on the perils of birth control and how they affect a woman’s sense of self-control — or loss of control altogether. The film could also serve as a social discourse about how young people today can’t afford healthcare. Unfortunately, the lack of a backstory along with the absence of actual horror made this movie a lot less interesting to me.

In this film, Marla (writer and director Lisa van Dam-Bates) is an average young woman. She’s a waitress at a bar where her boyfriend Jake (Travis Johnny Ware) bartends. At the end of the day, the couple heads home to the small house they share. They live paycheck to paycheck. So it’s obvious Marla doesn’t have much cash, or any health insurance, since she jumps at the chance to get free birth control from her family friend, Dr. Lourdes (Jason Stange), who is a doctor at the local women’s clinic.

I shuddered upon hearing that Marla would get an IUD, which, as most women know, can be a painful and problematic form of contraception. But for Marla, who is in a monogamous relationship, free birth control sounds pretty good, especially since it’s from someone she knows and trusts. Jake is suspicious about a random guy friend giving his girlfriend birth control. But once Marla explains how she knows him, Jake agrees.

From here, everything goes downhill as Marla embarks on a journey of fear.

She realizes what’s inside of her isn’t just birth control but something that will annihilate anyone she comes into sexual contact with. After her boyfriend becomes a victim of the killer IUD, Marla tries to get Dr. Lourdes to take it out, but he refuses. Why? We aren’t told. While Marla is investigating the good doctor, the police are investigating her for murder.

Once Marla and her friend Jules (Katie Hemming) figure out what’s happening and attempt to get to the bottom of the story, this movie lost me. The gore is good in the few scenes where it’s present, especially for a movie made for under ten-thousand dollars. But I’m still not sure what makes this a horror film. It’s more like a mystery or a thriller, but with extra blood.

Sadly, Marla is missing something.

It seems to be missing either flat-out satire, like the movie Teeth, in which a woman’s vagina tears up anyone who has sex with her in a ‘wink, wink, nudge, nudge’ smartly written comedy about “vagina dentata”, or a filled-out backstory.

We never find out why the doctor implanted this dangerous device inside Marla and other women. What’s his motivation? What’s he trying to accomplish? Why hurt Marla, a girl he knows and cares for? Who the hell is this guy? Is he just a nutjob? How does he get away with doing this?

When the movie ended on a dismal note, I sought answers I didn’t get. I felt sorry for Marla, who couldn’t control her body and couldn’t convince anyone else what was happening to her. And this is clearly a metaphor for how women feel often in real life situations. Many women, especially those associated with the “me too” movement, are constantly trying to convince the world they are telling the truth when nobody listens or believes. That’s a relevant message.

However, I didn’t understand why any of this happened and what the writer was trying to convey exactly. And I really wanted to.

Even in the most low-budget horror films, we usually get a motivation for why bad characters do bad things. Jason Voorhees was drowned in the lake as a kid. Freddy Krueger was killed in his boiler room. Chucky was the spirit of a murderer. Even modern horror movies have villains with backstories, like Victor Crowley (Hatchet) and Annabelle (The Conjuring franchise).

And other monsters have reasons for why they hurt others. Even the haunted bed in the last movie I reviewed, The Dwelling, had a backstory so the ‘why’ is understood. It makes the horror, no matter how silly, seem like it comes from a solid place — allowing audiences to suspend disbelief.

The script doesn’t give enough insight into this doctor or even much information about his personality, aside from him having a dead girlfriend who passed away under unexplained circumstances and the fact that he had her autopsy tweaked to avoid any undue attention. Further, the agent assigned to the case couldn’t seem to unearth the truth no matter what, and getting Marla to talk was impossible since she knew nobody would buy what she was selling. It also seemed as though there weren’t enough cops in this movie. Where was the 5-0, anyway? Crime was rampant in Marla’s town, yet only one cop was poking around.

A few inconsistencies in this film made the plot run a bit slowly, and some scenes could have been trimmed for time. The movie could have lost ten minutes comfortably: it’s always better for a horror movie to be a sleek 80 minutes then have that extra time and do nothing with it. The actress playing Marla’s friend Jules (Hemming) gave a somewhat lackluster performance, which seemed obvious next to van Dam-Bates’ much stronger turn as Marla. 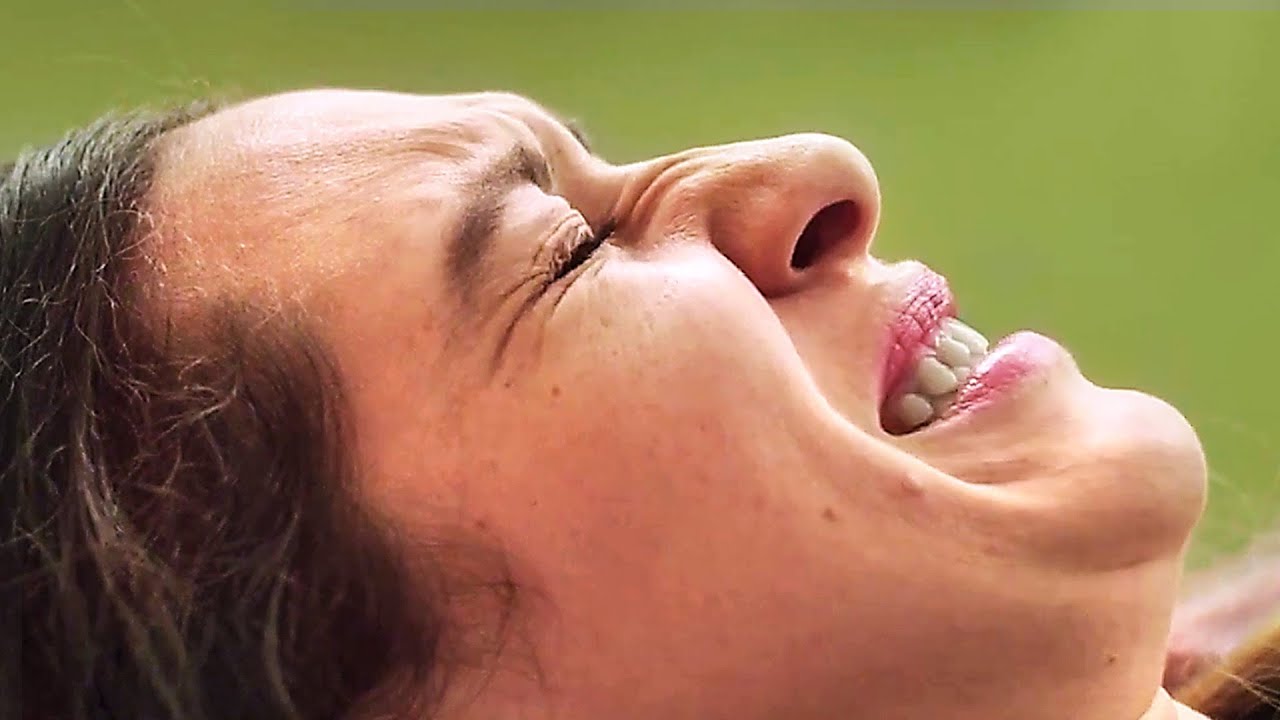 Marla has a strong idea behind it and fun, bloody effects (multitasker van Dam-Bates previously worked in SFX, and those skills show).

But underneath, there’s nothing, which is truly the scary part.

It’s entertaining for what it is. But if you’re looking for a little meat with your blood, this movie comes up short. The ending was semi-satisfying with Marla wreaking revenge in the goriest sequence of the film. But the character’s own ending provided less closure and further confusion.

Like feminist horror films before it, such as Jennifer’s Body, Gingersnaps, Carrie, and of course, Teeth, Marla had the right idea. But it just wasn’t executed as well as it could have been, no matter what the budget, and the ending leaves you wanting.

The movie doesn’t feel finished to me, though it’s clear van Dam-Bates has serious talent. Because of this, I’m still looking forward to the next project she does. We need more women as writers and directors in horror, and this is a good start.