“THE CRAVING” is a trashy delight that combines grindhouse influences with a tongue-in-cheek approach to sex, food, and cannibalism.

The world is on fire, and I don’t know about y’all, but I could use some distractions before my anxiety literally kills me. Fortunately, movies will always be here for us when we need them.

Some of us have some long standing favorites that we will turn to for comfort. Other folks are finding catharsis in pandemic and disease-themed horror. And while there is definitely a Masque of the Red Death rewatch in my near future, for the moment I don’t want anything that even remotely resembles the nightmare happening in the real world. I want pure, unadulterated escapism — the more ridiculous the better.

That’s how I ended up watching a trashy little number called The Craving. I found it on a Letterboxd list and was immediately sold on the promise of lesbians and cannibalism, plus the awful reviews on Amazon Prime, most of which complained of bad acting, bad dialogue, bad everything.

One reviewer in particular was put off by “too much girl on girl action,” while another was disgusted that all of the lead character’s lovers were “gross and fat,” likening it to a “bad John Waters/Divine movie.” Honestly, I don’t know how a movie could be more perfect. 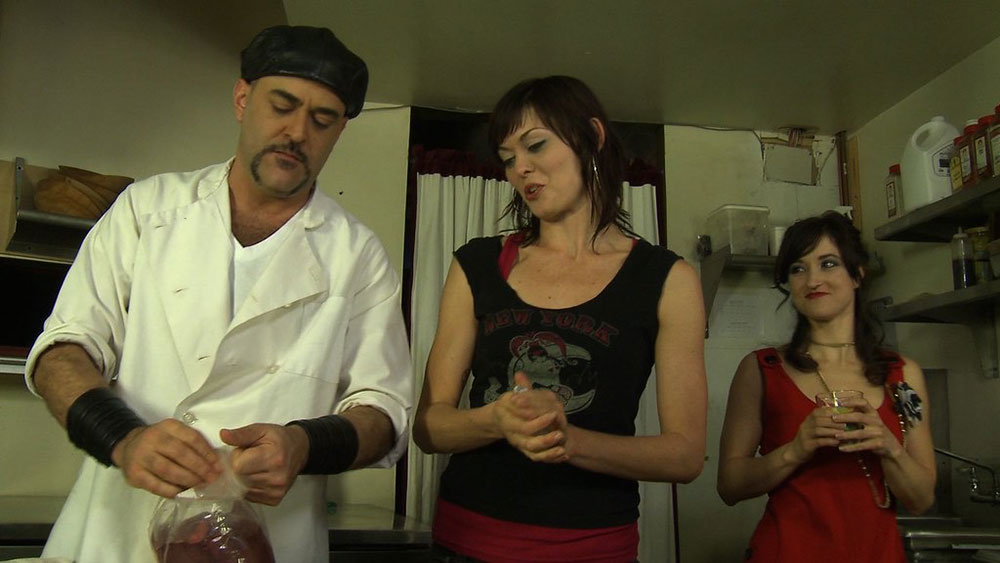 If I went into The Craving expecting a lesbian rendition of some of my favorite Hannigram fanfiction, I was to be somewhat disappointed.

Although, the film could literally be Hannigram fanfiction. A cannibal chef and a cute FBI agent fall in love. Things end badly. Is that or is it not the plot of NBC’s Hannibal?

Ronnie Sixtos is a celebrity chef in San Francisco with a Joan Jett haircut and an ambitious streak a mile long. She also has a habit of hooking up with and murdering women and then serving them in her restaurant.

Things get complicated when she hooks up with Dani, who she apparently has no immediate intention of turning into her next popular dish. Ronnie appears to have genuine feelings for Dani, despite being reluctant to open up — understandable, given that she’s, you know, a murderer and a cannibal. But nobody’s perfect, right?

And Dani has secrets of her own; she’s a fledgling FBI agent desperate to prove herself by taking down the monster behind a recent string of murdered women. 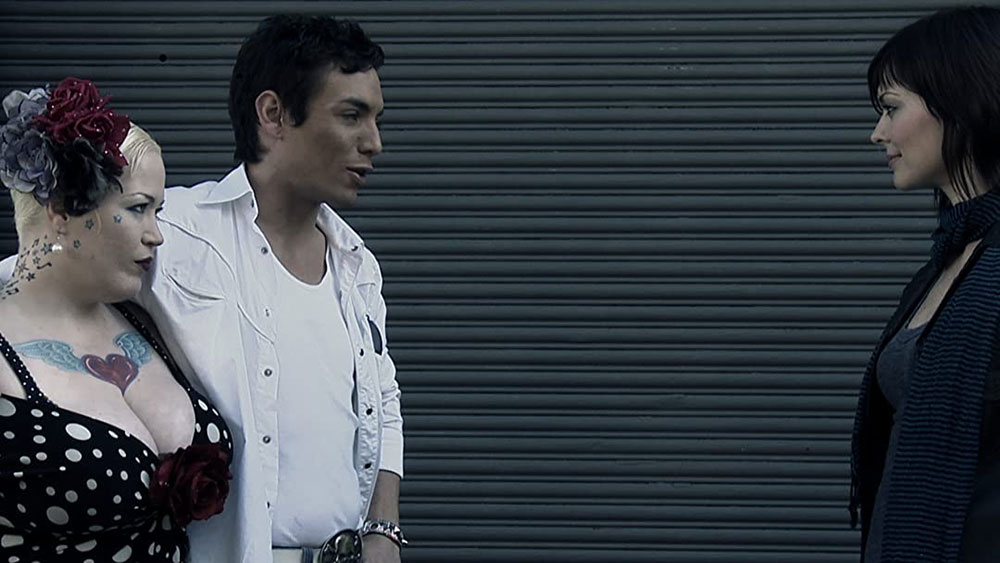 I’m gonna be straight (ha) with you: this movie is ridiculous.

In any other movie, Ronnie’s character probably would have been a man. A man lures women to his bed and slaughters them like livestock — the only woman he treats like a human being is that one who is Not Like Other Girls. You’ve seen that movie, right? Do you want to see it again? Didn’t think so.

It’s kind of fun to see a woman take on the role of a truly remorseless killer who delights in every aspect of murder. And the fact that she’s also a lesbian is just icing on the cake.

I could make a case for the film playing into the predatory lesbian trope, but, I hate to say it, it ain’t that deep. Besides, the cast consists entirely of colorful queer characters. I don’t think there’s a straight person in this movie. So it’s not as if Ronnie’s queerness makes her an outsider or an “other;” everybody’s gay and it’s a total non-issue.

This is the future the gays want.

Make a movie that could easily be told from a heterosexual perspective, and then make literally everyone gay just for the hell of it.

Now, I know I said it ain’t that deep, but that isn’t to say this film is some perfect shining beacon of representation. It’s still very much trash cinema; you’re not gonna find meaningful statements about gender and sexuality being made here. And that’s fine. It’s great, even. Gay media doesn’t have to be deep all the time.

That being said, some viewers might take issue with a bit of “gold star” lesbianism on Ronnie’s part. When she runs into her ex-girlfriend/former business partner/archenemies Celeste on the arm of her handsome new paramour, Ronnie quips, “back to men, I see.” But it’s just one instance and can be seen as less an endorsement of this mindset and more as another indicator that Ronnie is kind of a shitty person. She has zero redeeming qualities.

Aside from this one comment, it’s actually pretty delightful.

What’s also delightful is the equation of food (and therefore cannibalism) with sex.

Ronnie is constantly employing cheesy food related euphemisms during her encounters with her partners — not just her victims, but with “delicious Dani” as well. She asks one victim what she would eat if she could have any food in the world at that moment before bashing her head in with a skillet.

Dani seems to represent the opposite of Ronnie’s cruel nature. She’s much more soft spoken, generally good natured, monogamous, and emotionally driven. She wants to crack Ronnie’s tough shell, but she’s horrified by what she ultimately finds underneath.

I really did hope The Craving would be the “lesbian cannibals in love” movie of my dreams, but what I got instead was “lesbian grindhouse,” and somehow that’s even better.

Bonus: it’s also written and directed by a woman, Valerie R. Castro. It’s terrible but self aware and maybe a little self indulgent — the perfect combination for a moment of whacky escape from the hell we’re currently living in.