A beautiful, thought provoking, heartbreaking adaptation of the 1872 Gothic novella, “Carmilla” is an extraordinary achievement that deserves attention. 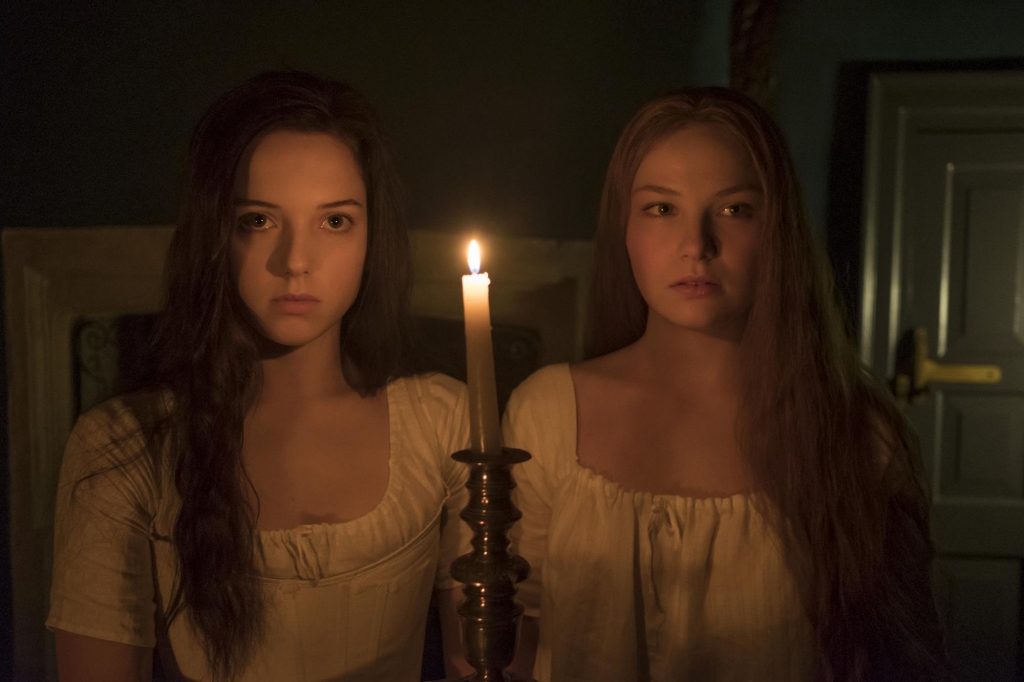 Though she predates Dracula by 26 years, Carmilla hasn’t enjoyed the same level of notoriety as the illustrious Count. And though there have been a dozen or so film adaptations of Sheridan Le Fanu’s novella, none of them have cemented Carmilla in our cultural psyche the way that the Universal and Hammer films did for Dracula.

Despite this, Carmilla’s many forms are almost as varied as old Drac’s.

She’s been a predatory seductress preying on the daughters of Victorian society (The Vampire Lovers), a misandrist vigilante (The Blood Spattered Bride) a brooding anti-hero (Carmilla webseries and The Carmilla Movie), and everything in between.

Most versions of her tale bear scant resemblance to the source material, but the most recent version, adapted by writer and director Emily Harris, strives to faithfully capture the essence of Le Fanu’s work.

Fifteen year old Lara is an incredibly lonely girl, with only her father and her strict governess, Miss Fontaine, for company. On the cusp of her sexual awakening, Lara has no outlet for the tumultuous emotions of adolescence. She occupies herself with daydreaming and satisfying her insatiable curiosity with interests that Miss Fontaine insists are not proper for a young lady.

One stormy night, a carriage crashes nearby and the sole survivor — a teenage girl who remembers nothing of who she is or where she came from — is taken into Lara’s home until her family can be found. Lara takes to calling this mysterious guest Carmilla, and they are immediately enamored with each other. Miss Fontaine, however, soon becomes suspicious of Carmilla, especially when Lara falls ill with the symptoms of a strange malady that has already claimed the lives of three other young girls.

Miss Fontaine becomes determined to save both Lara’s life and her soul, no matter the cost. But does Lara need to be saved?

Emily Harris makes some interesting adjustments to the original story. 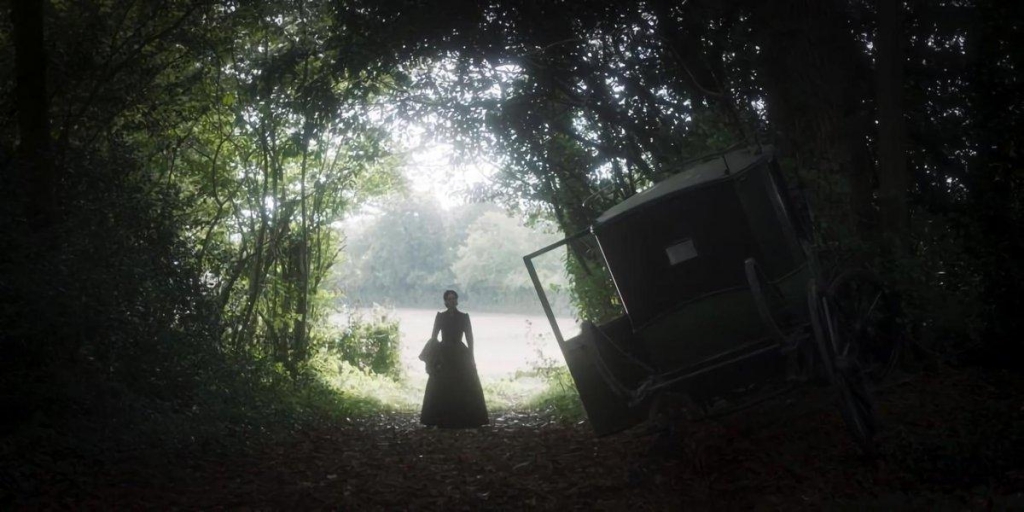 She reframes the narrative as a tragic coming-of-age tale, rich in the chilling Gothic ambience of Le Fanu’s novella but much lighter on the supernatural elements. Gone is the immortal Countess of the ancient, corrupt Karnstein clan; in her place, an equally alluring teenage girl whose only crime is being different.

Lara is guilty of the same crime.

From the beginning, we see how desperately alone she is during a period of life that is already fraught with confusion. Miss Fontaine tries to stamp out her ward’s natural curiosity and “incessant daydreaming,” forcing her to pray when she finds her reading inappropriate books, and binding her left hand behind her back so she will learn to use the right, lest she “bring the devil” into their home.

With the only world she knows constantly telling her she’s predisposed to evil, it’s easy to understand how Lara internalizes the idea that there’s something wrong with her.

Then comes Carmilla. She doesn’t see anything wrong or evil about Lara at all.

But Carmilla is even more suspect than Lara in Miss Fontaine’s eyes. No one knows where she came from, but she is clearly “not from around here.” She’s a foreigner — that’s strike one. She has strange habits: she sleeps late, mysteriously disappears at night, rarely eats, and openly defies Miss Fontaine — strike two. And Lara is hopelessly smitten with her — strike three.

If all that wasn’t enough, Miss Fontaine finds a highly suspicious book in the wreckage of Carmilla’s carriage, full of images of witches, demons, and vampires. And most damning of all, she walks in on Carmilla and Lara in a passionate embrace, with Lara’s blood on Carmilla’s lips.

The two girls took an oath to become “blood sisters,” an innocent enough gesture common among young girls, but no one stops to ask questions. Carmilla is branded a vampire and must be destroyed.

The most fascinating departure from the source material is Carmilla’s ambiguous nature.

Anyone with passing knowledge of the novella or any of its adaptations will no doubt come into Carmilla assuming they’re watching a vampire film. Harris challenges that assumption. There’s room to read her Carmilla as a vampire, but the narrative is much richer — and much more tragic — if she is not.

Either way, she is no longer cast in the role of villain. Unlike Le Fanu’s text, this Carmilla doesn’t wield any hypnotic power over Lara. The relationship that blooms between them is organic, full of the giddy excitement and reckless passion of first love.

The villain here is prejudice, superstition, and fear of the other, of those who don’t fit into the roles assigned to them by society. Lara and Carmilla don’t fit. Miss Fontaine doesn’t either, but she has repressed so much and overcompensates for her past “mistakes” by becoming a zealot, by violently defending what she has convinced herself is right.

It may not garner the attention that the next Dracula adaptation will almost certainly get, but Harris’ film deserves that and more.

Carmilla hits on a deeply emotional level. It will leave you absolutely gutted, with Lara’s silent screams echoing in your mind long after it’s over.