We explore the 1963 classic “The Haunting” as a treatise on the pain of sexual confusion and repression, and the fear of being different and unaccepted. 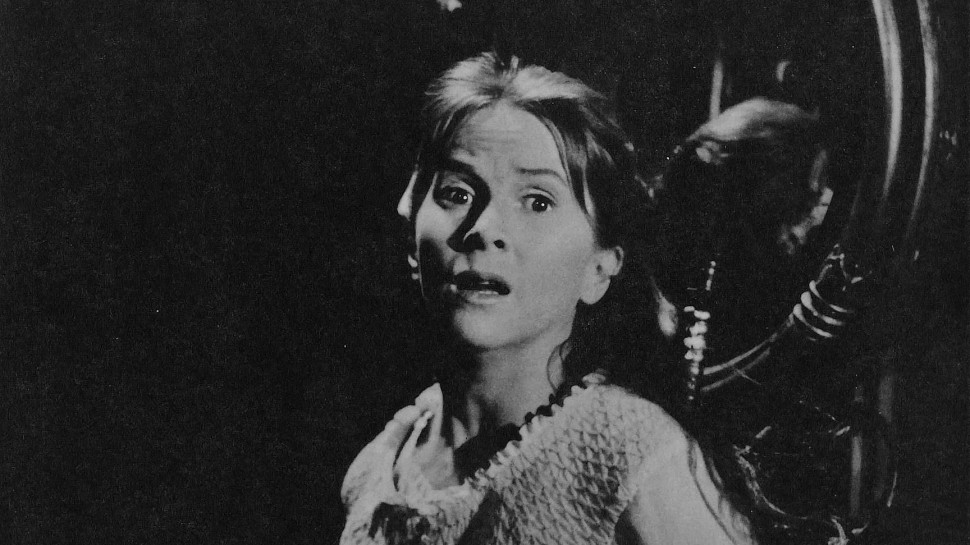 Robert Wise’s 1963 classic The Haunting has long been a favorite among queer horror fans — and for good reason. It’s one of the few critically acclaimed horror films to feature an openly queer character: Theodora, whose lesbianism is hidden in plain sight. She’s a shockingly progressive character for her time, and both the openness and the ambiguity of her sexuality have been written and talked about for over fifty years now.

What has been less explored is the potential queerness of the film’s other leading lady, the main character, Eleanor Lance.

Eleanor and Theo are among a group of misfits — along with anthropologist Dr. Markway, an expert in the supernatural, and Luke Sanderson, a snarky skeptic — staying at the supposedly haunted Hill House, hoping to gather concrete evidence of paranormal activity. The long and short of it is that Hill House is haunted, but more importantly, Eleanor is haunted.

The heart of the story is her tragic breakdown. It’s an identity crisis of sorts, because poor Eleanor has never had the chance to find out who she is. And now that she is confronted with her truth, she can’t handle it.

Our first hint of Eleanor’s queerness comes, naturally, from Theo.

Eleanor “wears [her] thoughts on [her] sleeve,” and Theo’s extrasensory perception allows her to read them. She senses truths about Eleanor that she has never spoken aloud and reacts to her accordingly, so it’s not a stretch to read the flirtatious demeanor she adopts instantly upon meeting Eleanor as a response to one of those unspoken truths.

Where Theo is sure of herself and confident in her sexuality, Eleanor is painfully insecure. She has been very sheltered; she has spent every waking moment of her adult life caring for her invalid mother, and her childhood doesn’t seem to have been particularly joyful either. After her mother’s death — for which Eleanor carries tremendous guilt — her sister and brother-in-law still treat her like a child. And in many ways, she still is one. She hasn’t had the chance to grow up. The only world she knows outside of her mother’s sickroom exists in daydreams and fantasies of running away. She has likely never known genuine affection or friendship.

She doesn’t know how to handle Theo’s advances. They don’t appear to be unwelcome at first — or perhaps she doesn’t really understand them. But when Theo answers Eleanor’s toast to “good companions,” with “to my new companion,” and a knowing smile, Eleanor gets her meaning. And it frightens her.

So she projects all of these new, terrifying feelings into a misplaced crush on Dr. Markway. 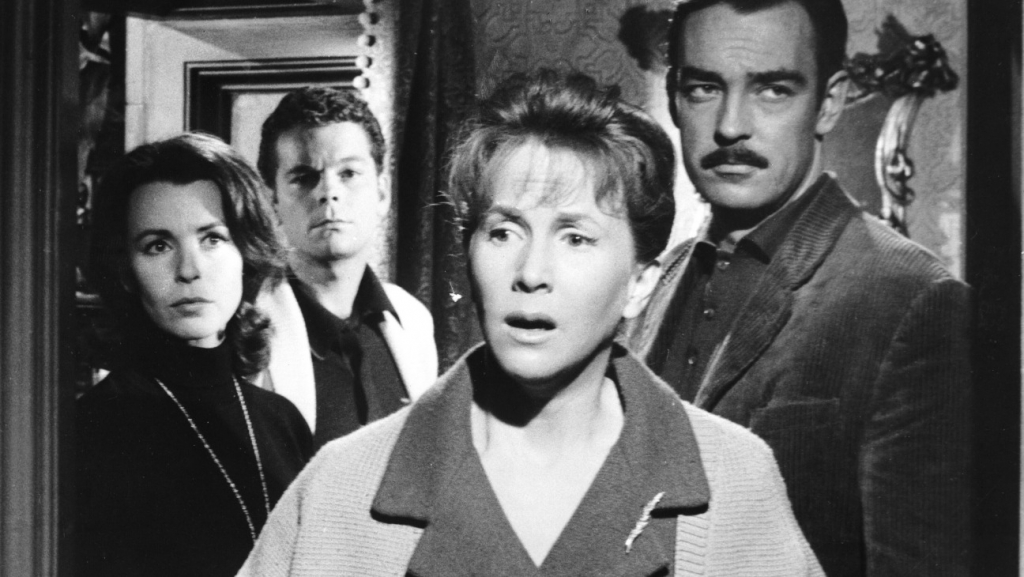 Some might take her feelings for Markway as proof that she isn’t queer at all, but a) bisexuality is a thing, and b) this is not uncommon among people experiencing their first big gay panic.

I remember my first crush on a girl; I remember how exciting and terrifying it was. I also remember thinking, “nope, this isn’t happening,” and plunging into a very public and embarrassing crush on a guy to prove it. I was twelve. Eleanor has about the same level of emotional maturity as a preteen, and by focusing on Markway, she’s trying to prove something to herself. If only he would return her feelings, then she could prove it to everyone.

Markway doesn’t return her feelings. He does seem to genuinely care for her as the film goes on, but feels sorry for her more than anything. He does lead her on a bit — and like any teen with her first crush, she reads into everything he says.

As Eleanor focuses her attention on Markway, she becomes bitter toward Theo, angry at her for awakening these unacceptable feelings and attempting to distance herself from her to prove those feelings don’t actually exist. When Theo tries to warn her that Markway is leading her on, Eleanor hits where it hurts for both of them, saying she’d rather be “stupid and innocent” than “like you.”

She slips up sometimes, though; when Eleanor is at her most vulnerable, it’s Theo she reaches for, not Markway. It’s Theo who sees the truth of her and accepts her — a frightening prospect, because Eleanor cannot accept herself.

In the end, Hill House is Eleanor’s closet. 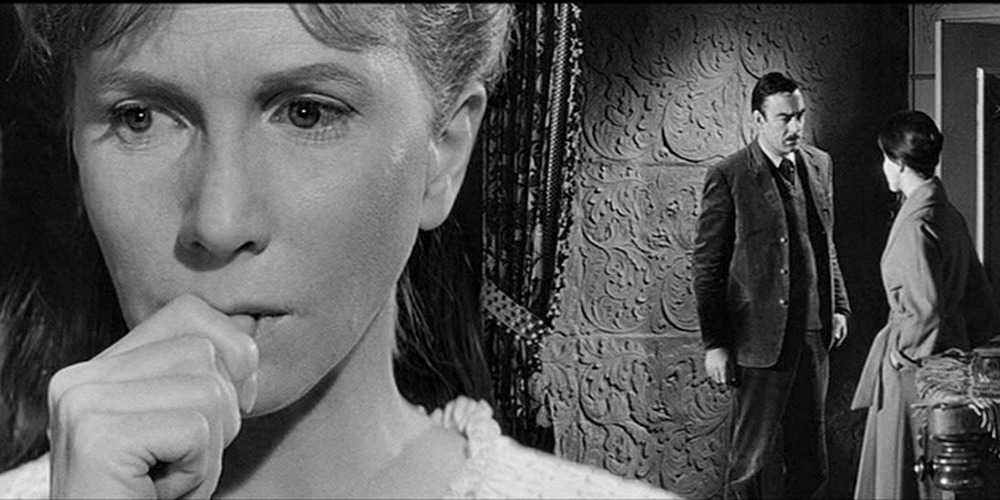 She allows the doors to shut for good, locking away all of her secrets: her forbidden attraction to Theo, her guilt over her mother’s death. Standing over Eleanor’s lifeless body, Theo wonders if she’s happier this way.

Maybe she is. Some people are never truly able to accept themselves for who they are. Eleanor’s entire life was spent repressed in every possible way, to the point that when she finally breaks free she is overwhelmed to the point of complete emotional breakdown. Her only other choice was to go back home, to the family that suffocated and patronized her — another closet.

SEPTEMBER IS SUICIDE PREVENTION MONTH
If you are able, please consider donating to The Trevor Project (thetrevorproject.org), a national organization specializing in crisis intervention and suicide prevention for LGBT youth. If you need help, call their 24 hour lifeline at 1-866-488-7386.