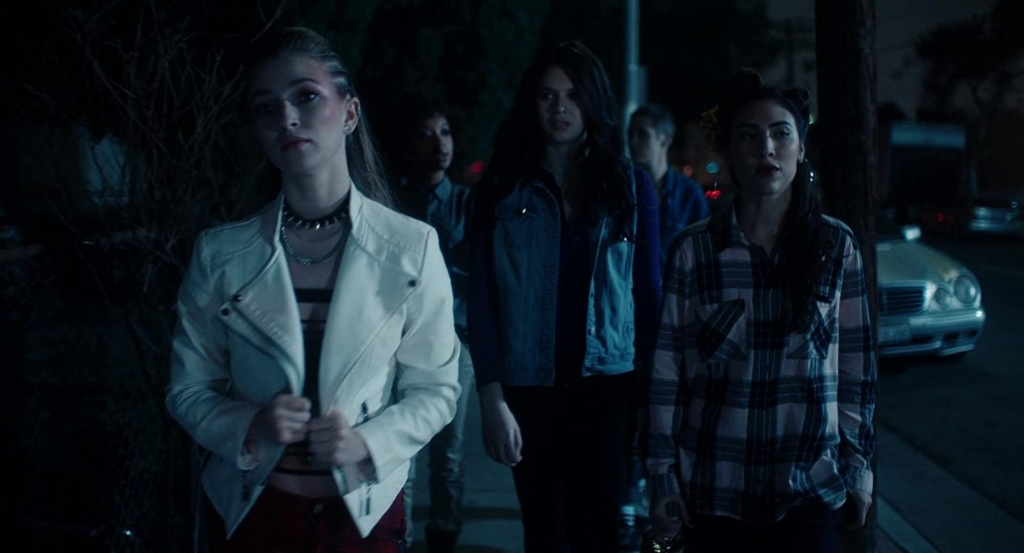 The lesbian vampire is the most enduring image of female queerness in horror. Although controversial and dismissed by some as simply a negative stereotype, she has been a source of pleasure and empowerment for many queer women for decades.

Bit gives the lesbian vampire a 21st Century makeover. The film imbues her with a modern edge that is both appropriate for today’s younger audiences more familiar with Twilight than Dracula’s Daughter, and fun for those of us who’ve spent years over analyzing countless Carmilla adaptations.

Written and directed by Brad Michael Elmore, Bit follows recent high school grad Laurel as she sets off from her small town in Oregon for the bright lights of Los Angeles. After a hookup gone awry, she finds herself tangled up with a vampire girl gang, led by the intimidating Duke. Laurel struggles to adjust to her new life as a vampire without leaving her old self behind; meanwhile, there are vampire hunters and the OG vampire himself, Vlad.

(Note: there are some spoilers ahead.)

What immediately sets Bit apart from both other lesbian vampire films and most vampire films in general is the character of Laurel, a trans woman played by a trans actress (Nicole Maines). 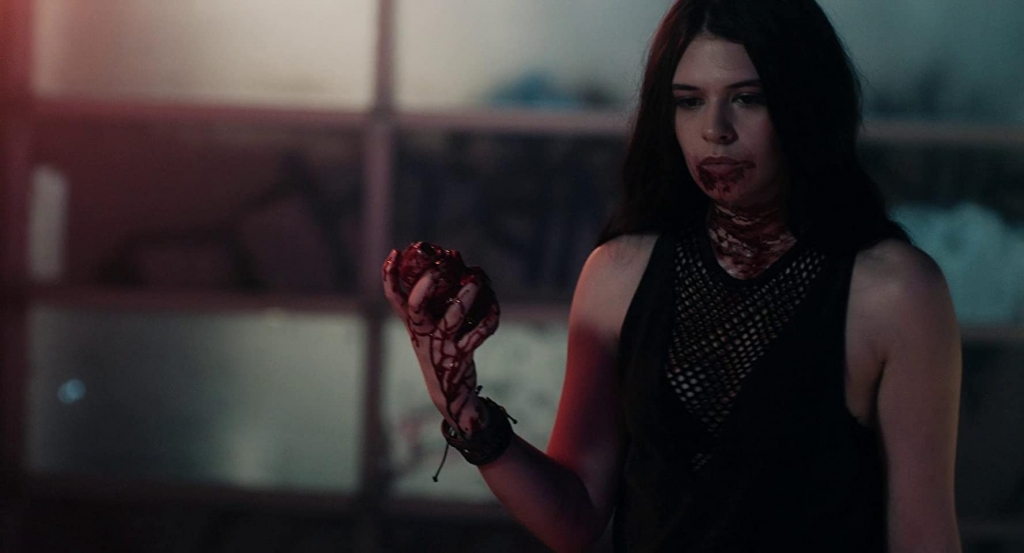 It’s not my place to offer commentary on how well Laurel’s identity is portrayed, but, for what it’s worth, Elmore seems to have taken care to vet himself and try to present her character respectfully. The goal was to present a trans character that is explicitly trans but her story is not about her being trans — the same approach taken to the queerness of most (if not all) of the women in the film.

While we’re at it, let’s go ahead and have the “straight dude telling stories about queer women” conversation. As I mentioned when I covered Dark Beacon, this can often turn out badly, when it’s obvious the straight dude filmmaker doesn’t actually know squat about lesbians. But sometimes it turns out fine. Your mileage may vary — I obviously don’t speak for all lesbians — but I think Bit turned out fine.

It seems like Elmore has done his homework, has probably met a real life lesbian or two, and worked closely with friends in the LGBT community to tell this story as authentically as possible. So I guess I will cut straight dudes some slack just this once.

A major theme in the film is monstrous womanhood. 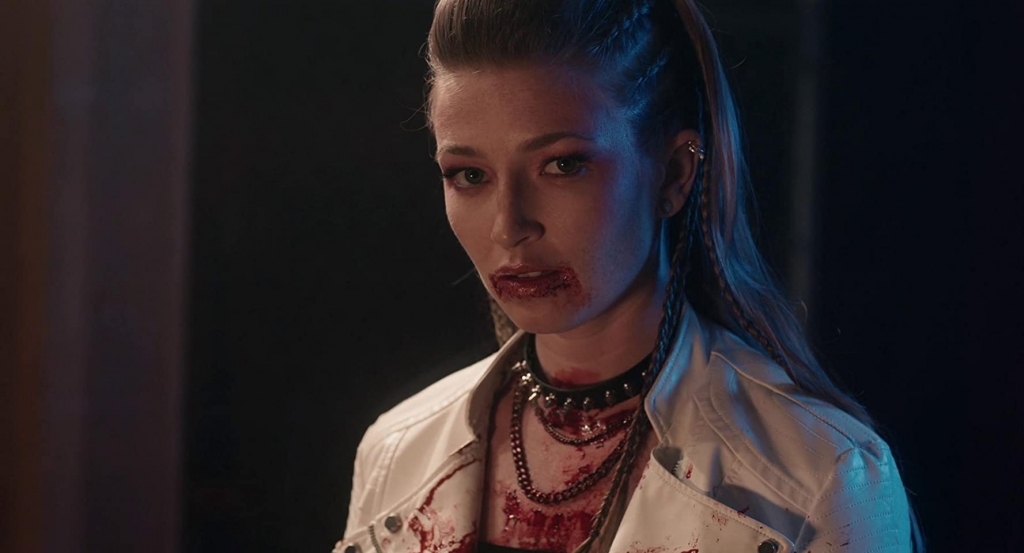 It’s basically a power fantasy for any queer woman who watched The Vampire Lovers and wanted to run away with Carmilla and her gaggle of girlfriends and murder every dude in the movie (except maybe Peter Cushing, since I’m being so generous right now). Duke and her gang (Izzy, who has the hots for Laurel, and Frog and Roya, who sadly don’t get much characterization) prey primarily on men — rapists, trolls, privileged assholes — and have a strict rule to never turn men, because they will always ultimately use their power to wield authority over women.

But women are not exempt from abusing power.

Duke keeps “the master” Vlad’s heart in a chest and eats it little by little in an attempt to reclaim the power he took from her for decades. But she starts becoming the very thing she’s fighting against, using the power to influence Izzy and the others’ decisions.

When Duke is confined to “the pit” for her abuse of power, Laurel becomes the de facto leader and decides that it’s time to share the power equally. She and the other vampires each take a bite from Vlad’s heart, making sure that no one of them will ever have power over the others again.

Bit feels like the natural evolution of the lesbian vampire genre. 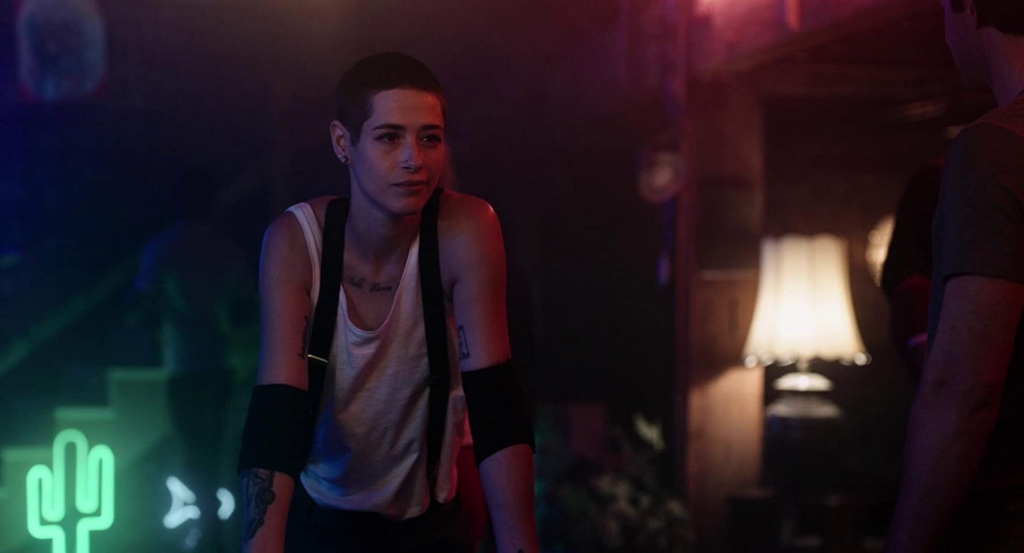 There’s no predatory lesbianism; the characters’ gender and sexuality is just one facet of who they are, not a marker of sinister otherness. There are no straight male heroes armed with wooden stakes to save the damsel in Carmilla’s clutches; the women save themselves and each other from threats both without and within their own circle.

It’s fun and gay — and I don’t know about you, but I’m always in the market for more things that are gay and fun.