A final blaze of glory for a former British horror powerhouse, “The Vampire Lovers” is a seductive adaptation of “Carmilla” with undeniable lesbian themes.

At the dawn of the 1970s, Hammer Films had been an international horror powerhouse for over a decade, but they were now struggling to keep up with the times. The landscape of horror was changing. Critically acclaimed films like Rosemary’s Baby made Dracula Has Risen From the Grave (both released in 1968) look outdated and over the top. Meanwhile, George Romero’s Night of the Living Dead set a new standard for gore and violence that British censors wouldn’t allow Hammer to meet.

The studio was having trouble internally as well. Their biggest star, Christopher Lee, was becoming increasingly reluctant to reprise his role as Dracula, Hammer’s most lucrative franchise. Profits weren’t what they used to be, and they needed to figure out how to stay afloat — and stay relevant.

Hammer began bringing in new blood, both behind the camera and onscreen. They made a critical decision: if their films couldn’t be gory enough to compete with American horror, they would follow the lead of European cinema and dial up the sex.

All they needed was a story, one that would fit the patented Hammer Gothic formula, but one they could also infuse with titillating amounts of sex and nudity. 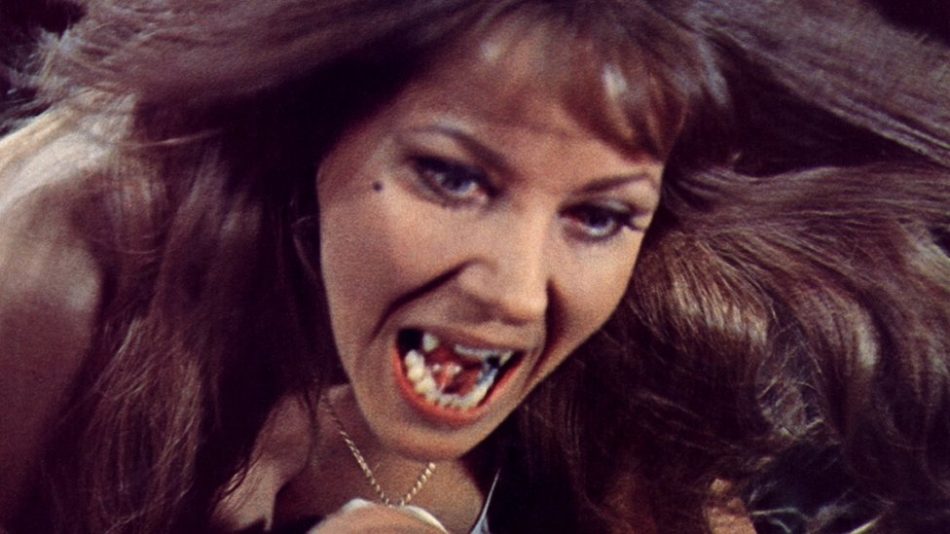 Hammer added and subtracted plot elements as they saw fit, but the basic framework of the story is faithful to the source material. Carmilla and her mother appear at a party and ingratiate themselves with General Spielsdorf (Peter Cushing) and his niece Laura; when the mother is called away unexpectedly, she leaves her daughter behind in the General’s care. Carmilla and Laura become close friends, but Laura becomes mysteriously ill and dies. Carmilla then disappears and the cycle begins again.

The majority of the film takes place in the home of a man called Morton, who happens upon Carmilla and her “aunt” after a carriage accident. Carmilla soon becomes inseparable from Morton’s daughter Emma. (She also seduces the governess, Mademoiselle Perrodot, because why not.) But Emma too becomes ill. And the string of grieving fathers, uncles, and boyfriends that Carmilla leaves in her wake have started putting the pieces together — and they’re determined to save Emma from her corruption.

They succeed, unfortunately. But if Hammer has taught us anything, it’s that vampires never stay dead.

Carmilla has lived on; fifty years later, the legacy of The Vampire Lovers is going as strong as ever, perhaps to the surprise of the people who made it.

The British censors may have been more lenient toward sex than violence, but they raised some concern about the film’s overt lesbianism. Hammer got a pass by responding that they weren’t actively pursuing the lesbian angle at all, merely adapting the themes of Le Fanu’s text.

What makes this hilarious is that both Ingrid Pitt and Madeline Smith (Emma) would later claim that they didn’t feel that the film was all that gay. In one of her last interviews, Pitt said, “It didn’t really strike me that it was a lesbian-based story.”

Smith felt much the same way, and even went so far as to claim that it was not the women (“the Maddies and the Ingrids”) that made The Vampire Lovers and all Hammer films great, but the men. “It’s the men,” she said, “it’s the male actors. That’s what makes the horror film.”

I can tell you with absolute certainty that in all of its fifty years, no one — and I mean no one, regardless of gender or sexual identity — has ever watched The Vampire Lovers for the men. 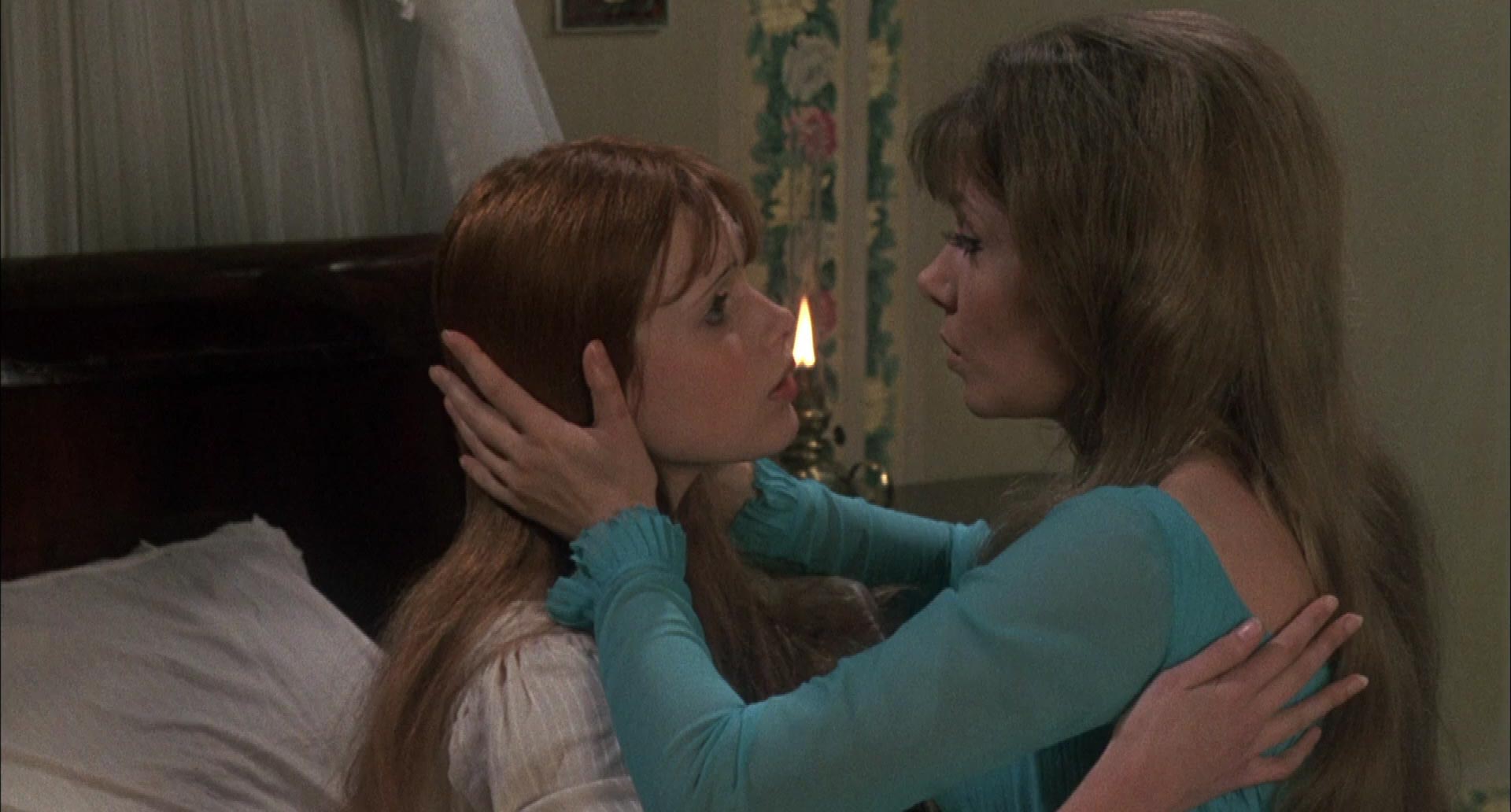 Granted, Hammer undoubtedly brought on Peter Cushing in a small but significant role to give the film a boost of star power. But with all due respect to Cushing, whom I adore, literally anyone among Hammer’s repertoire of character actors could have played General Spielsdorf and it would have made no difference.

Both critics and fans of the film alike have claimed that it has a distinctly masculine perspective, but I think that’s a terrible misinterpretation. The men are bit players in a story that is not theirs — it’s Carmilla’s.

And to be perfectly honest, I find it hard to believe that anyone was unaware of the lesbianism of the film, least of all the two main actresses, who spent half their time naked and kissing each other. Carmilla professes her love for Emma on more than one occasion, though of course poor innocent, straight Emma insists that it’s “not the same thing” as being in love with a man. Carmilla kisses Emma on her mouth, her neck, and her breasts. She feeds on her female victims by biting their breast, while she kills her male victims by going for the neck.

I’m not sure how much gayer she can get.

Even the film’s subtext — not that it needs it, because everything is literally right there in the actual text — is gay as hell.