Scream Factory shows us the “SCARS OF DRACULA”, an imperfect but important movie from Hammer Films; an absolute beauty on Blu, scars and all. 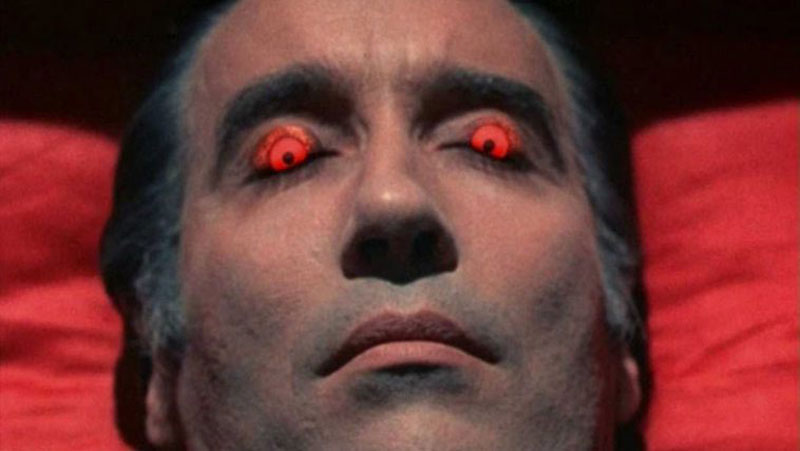 As the calendar turned to 1970, Hammer Films was struggling with their gothic horror movies versus the newer, more graphic horror films being produced. Hammer Films, feeling the need to compete in the evolving horror market, released their first film rated for 18 and over in the U.K., SCARS OF DRACULA.

Take note that the trailer shows the title as “THE” SCARS OF DRACULA, but the real title of the movie does not include “THE”. 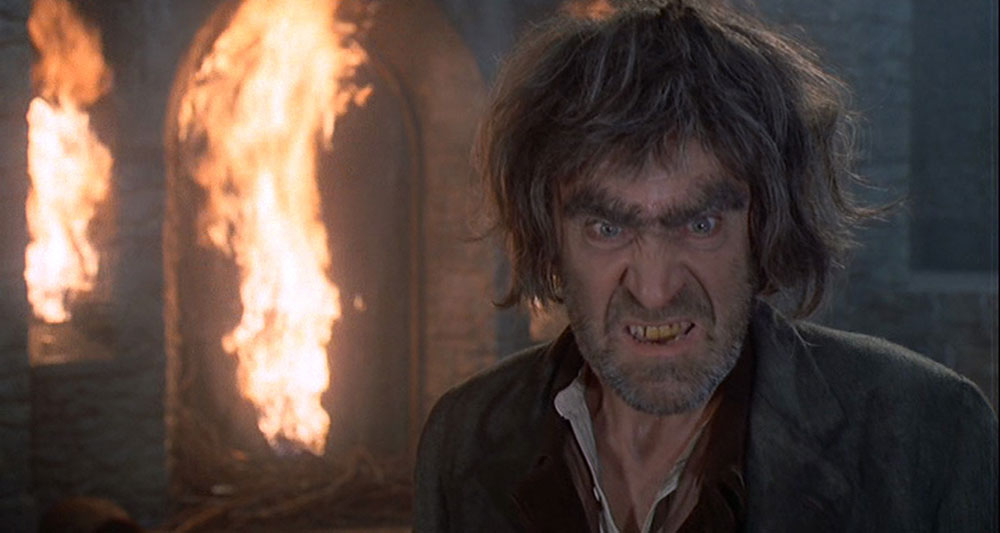 SCARS OF DRACULA opens with a scene bringing Dracula back to “life.” Visually it appears to keep the continuity from TASTE THE BLOOD OF DRACULA, where he was turned to dust by the rays of the sun. However, the scene has almost no other connection to the previous Dracula movie aside from Dracula being dust.

A servant bat of Dracula drips blood onto the dusty remains, which helps reconstitute Dracula in his coffin safely within the confines of his hidden chamber inside his castle. Afterwards, Dracula must have been peckish, as he feeds from a local village girl. Her father brings her dead body back to show the villagers, and the men are off to finally rid themselves of Dracula.

What ensues is a stereotypical “villagers with torches off to burn the monster and his home” scene. 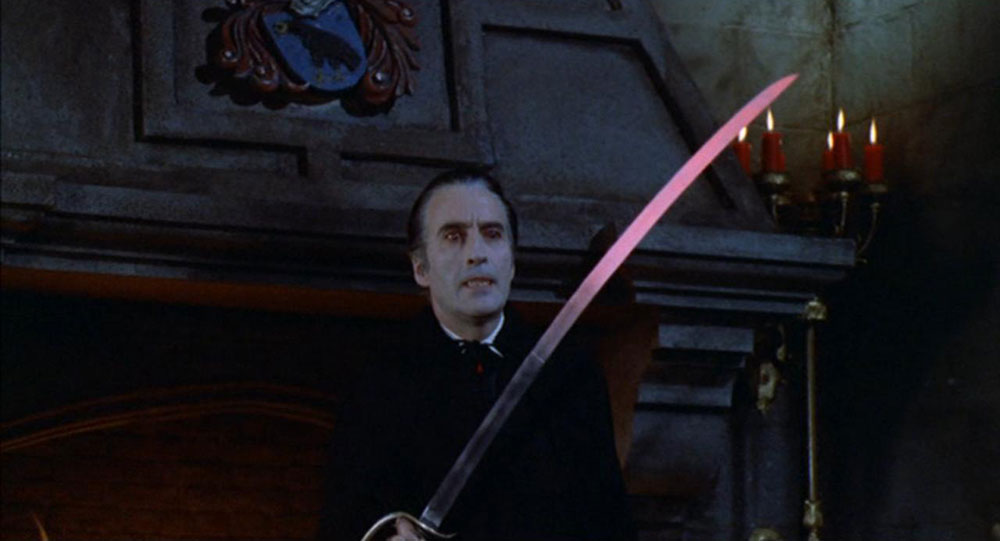 Unbeknownst to the mob of men, Dracula has dispatched his bats to the village to punish the men for daring to challenge Dracula.

Having torched the castle, the men return to their village church to celebrate, but find a horror waiting for them. Upon opening the church doors, a few bats fly out, and the men step into a massacre scene. Dracula’s bats have killed all the women of the village. The priest, defeated, sadly declares that the devil has won. 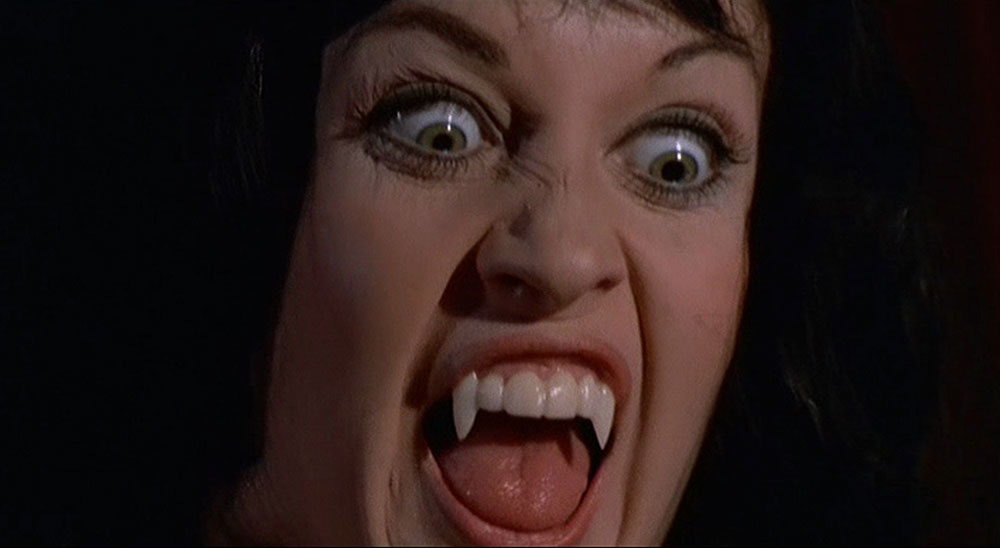 Paul is fooling around with the Burgomaster’s daughter. Angry that Paul is leaving so quickly after their bedroom romp, she accuses Paul of rape, angering the Burgomaster who sets the authorities on his trail. Running from the law, Paul finds himself at the village that is still suffering under the evil of Dracula. He’s refused a safe place to stay at the village tavern and finds his way to Dracula’s castle.

Paul’s brother Simon and his girlfriend Sarah become concerned when Paul has been missing for a few days and follow his trail to the village and eventually Dracula’s castle.

Will Paul, Simon, and Sarah escape the evil grasp of Dracula, and will the villagers rise up and find their courage to fight the oppression of the king of vampires?

SCARS OF DRACULA was an interesting film for Hammer Films. 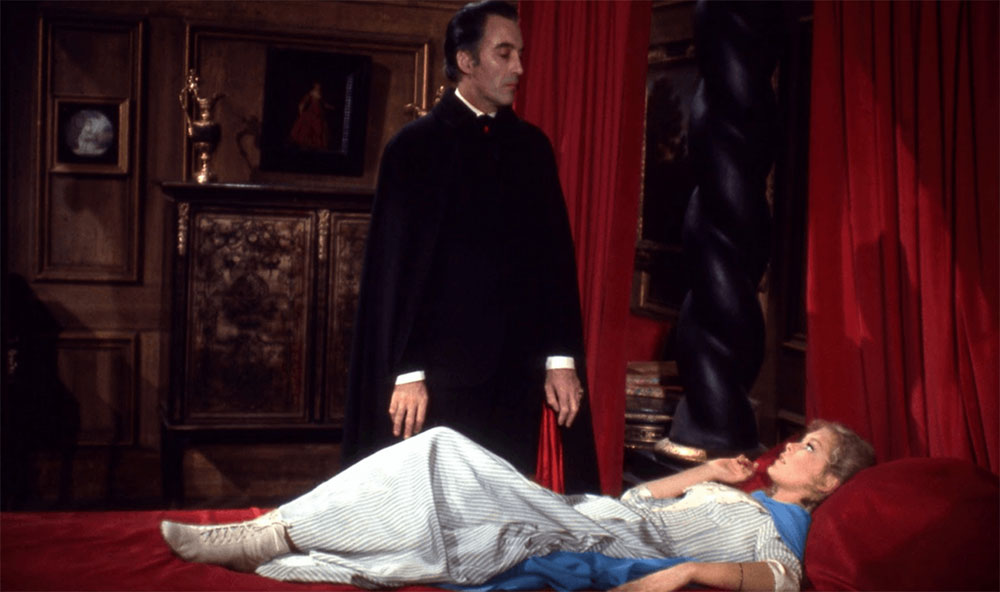 They were trying to hold on to their classic gothic horror while dipping into more explicit horror, and even mixing blood and violence with sexual scenes — not something the British censors looked kindly upon at the time.

One of the most disturbing scenes in the movie, and probably in any previous Hammer film, was the scene in the church after the massacre of the women. Bodies are shown to have been bitten, battered, and bloodied by Dracula’s bats. Blood is splattered everywhere in the church, the bodies flung about, bloody wounds are shown in detail; even a woman’s eye is shown hanging from its socket. 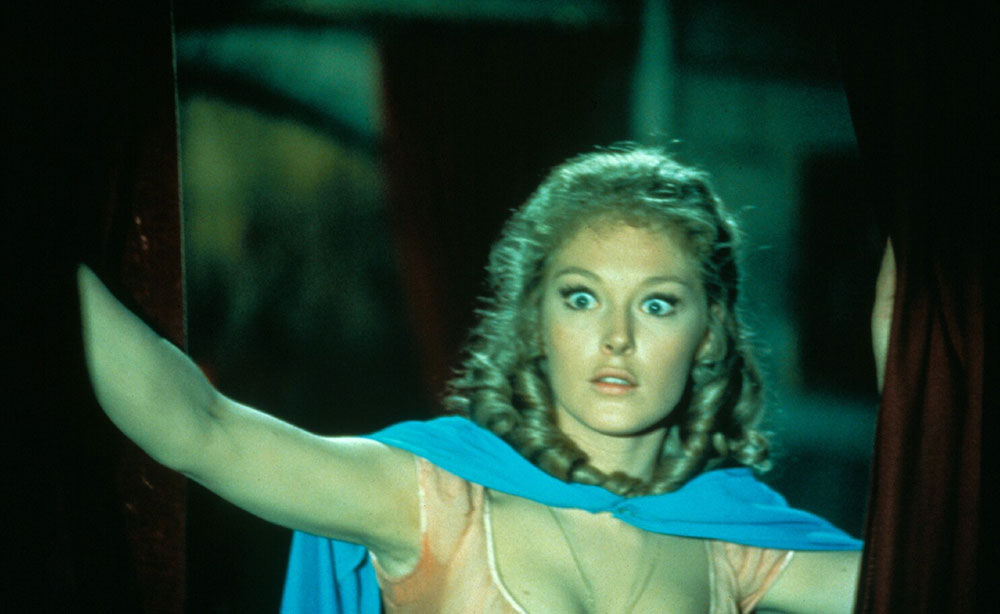 In addition to that scene, SCARS OF DRACULA shows Klove (Patrick Troughton), a servant of Dracula, dismembering a victim of Dracula and throwing her body parts into a bucket.

A bat attacks a woman to remove her cross, in the process leaving body wounds across her breasts, which is shown in close-up, and there is a scene that Christopher Lee refers to as an “S & M scene,” where Dracula uses a red-hot sword to brand Klove as an act of punishment.

But look closely at Dracula’s face during this scene, and even Klove’s face, because this doesn’t fully come across as a punishment but instead a longed-for act of pleasure for both. 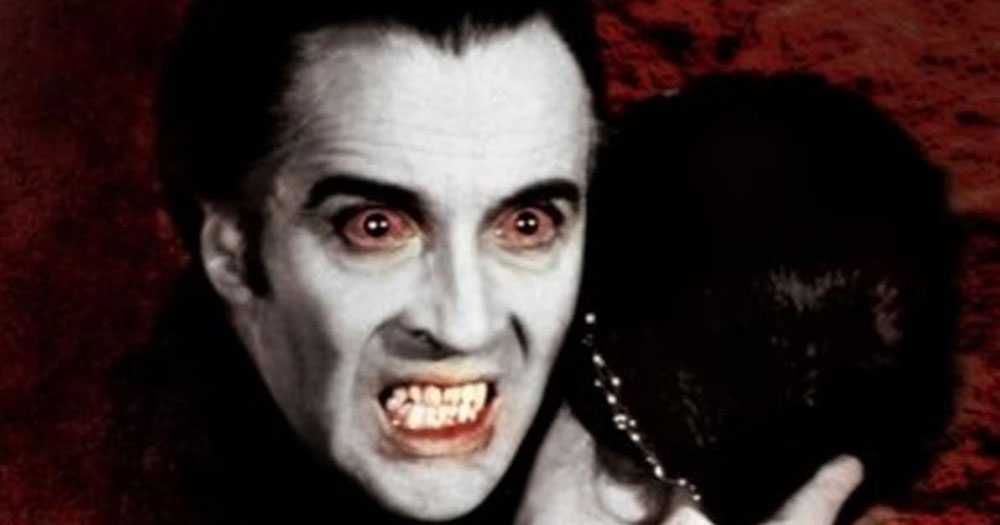 It is true to say that Hammer had not produced a movie as explicit as SCARS OF DRACULA before.

But they still clung to their gothic drama aesthetic, which gives the movie a bit of a bipolar feel.

When it comes to Christopher Lee-starring Dracula movies, I’m prejudiced and perhaps do not look objectively enough at these movies to properly criticize them (more on this later). I grew up on these movies, and SCARS OF DRACULA was one of my favorites, and still is despite many of the movie’s obvious flaws.

Even when he’s disinterested, Christopher Lee is on par with Bela Lugosi performing the character of Dracula. While many critics and historians will disagree (a lot more on this later), I still love SCARS OF DRACULA, and it remains one of my favorite Hammer Dracula movies.