The egregious nasty vile serial killer from the Australian outback, Mick Taylor, is back and meaner than ever. Coming into this one, I was very optimistic and thrilled to hear about a Wolf Creek tv show. I had immediately fell in love with the original film upon its release back in 2005. The film was very reminiscent of the eighties slasher trend, exuding and displaying touches implicative of Texas Chainsaw Massacre. The original film was trailed eight years later by a not so hot sequel that did not shy or skimp on the blood and gore aspect. With the second film receiving a fairly cold welcome, I was worried that the television show might not live up to its expectations, although my hopes were high.

The show is only six episodes long, each around forty five minutes apiece. Once again John Jarratt reprises his role as the brutal psychotic bushman Mick Taylor, who scours the vast outback in search of prey. 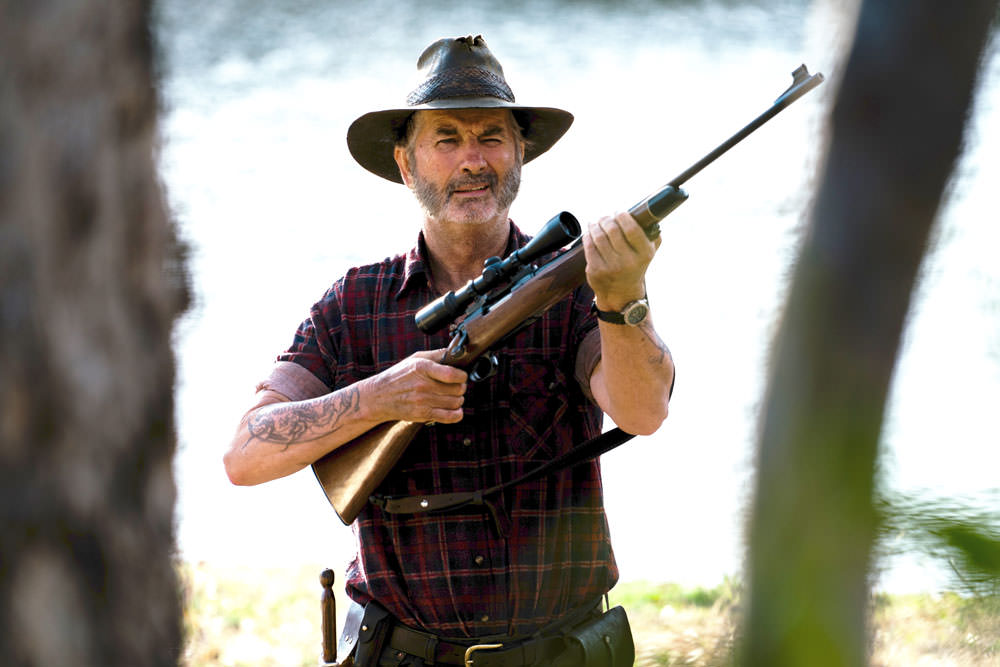 The show begins as the Thorogoods, an American family of four, take a much needed intervention vacation to help their drug addicted daughter Eve (Lucy Fry), hoping to get her on the straight and narrow. Things appear to be going good, until the young son decides to take a dip in the lake and is viciously attacked by a crocodile. As the son tries to get away, a gunshot booms in the distance and the boy’s attacker takes a bullet to the face, sinking to its own demise.

That’s when the family encounters Mick, the man responsible for saving their son’s life. They invite him to stay for dinner, the least they could do for rescuing their son. They share stories around the campfire, as the family gets to know the seemingly kind hearted bushman. Things take a turn for the worst as the night explodes into a violent, sadistic, merciless nightmare. The family is slaughtered outright by the unhinged psychopath intent on killing anyone who crosses his path. 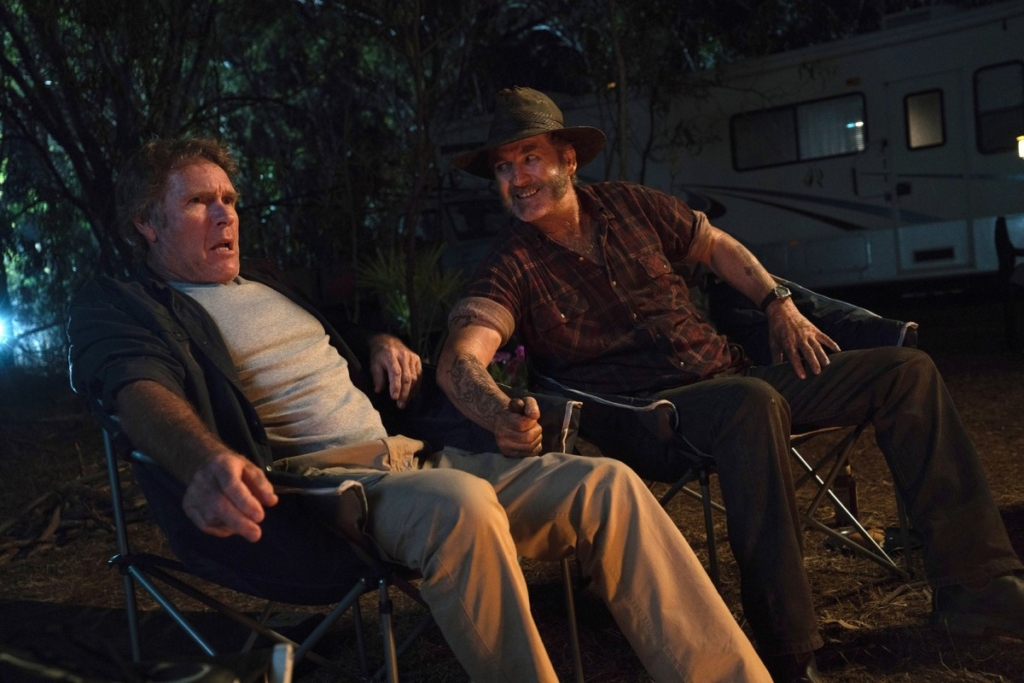 Eve, being shot it the back before falling into the lake, miraculously survives, waking up in a hospital somewhere. She soon returns to the scene of the crime to pay her respects to her deceased family, whose bodies were never found, giving them what she feels is an adequate send off. From there she decides to track down the revolting murderous Aussie responsible for the killing of her family, pursuing him across the outback. She chases him from one town to the next, in hopes of catching him and making him pay for what he did to her family.

The plot sounds great on the surface, but with each episode the story tends to bend on a tangent, shuffling off the beaten path. Some episodes you hardly see Mick, as the show revolves more around the American girl Eve than it does around the antagonist like it should. I was extremely disappointed to see this, with the show only coming to fruition because of the great acting by John Jarratt and the horror genre’s love of one of the most infamous serial killers ever put on film. 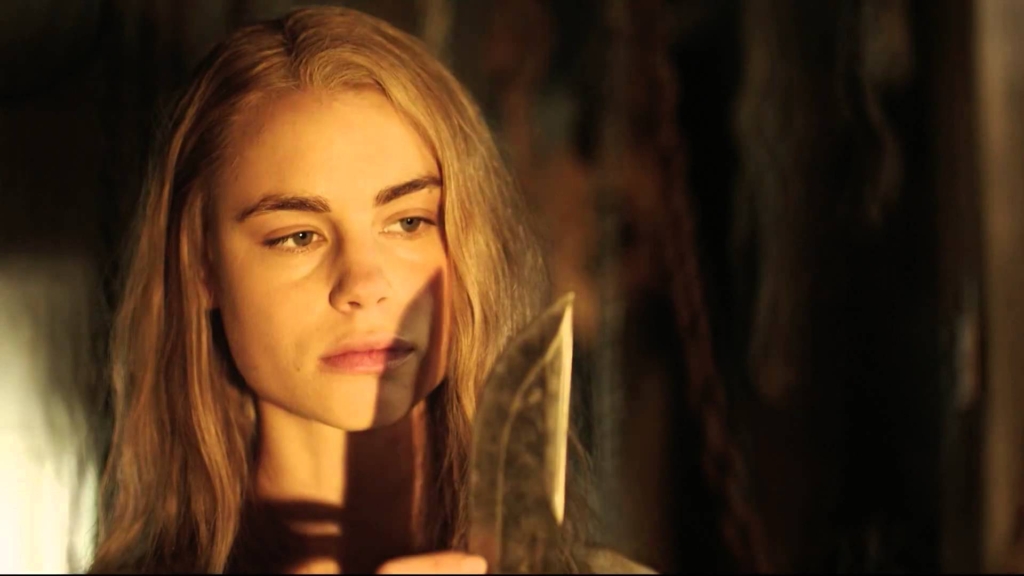 I felt one of the problems of the show was the acting of Lucy Fry (11.22.63, The Darkness). There were scenes where her acting didn’t appear genuine to me, like she was just going through the motions and not putting her all into the role. The sets didn’t feel relevant in most of the situations and the overall look of the show, in my opinion, was very grainy, which was possibly purposeful. The gore was shoddy and mediocre, not living up to the gore fest from the second film which was a bit dispiriting.

One of the main things that picked at me, was that the character of Eve never really had a plan of attack, in case she ran into Mick. She was tracking him and staying on his tail, but she never had a plan or knew what she was doing. She was merely winging it during every situation she was thrust into. She also acquired a firearm to use while in pursuit of the evil menace, although she lacks the proper know how and skills to use it. Along the way she meets an old aborigine Uncle Paddy played by Jack Charles (Pan, Mystery Road) who teaches her to be a spear thrower. 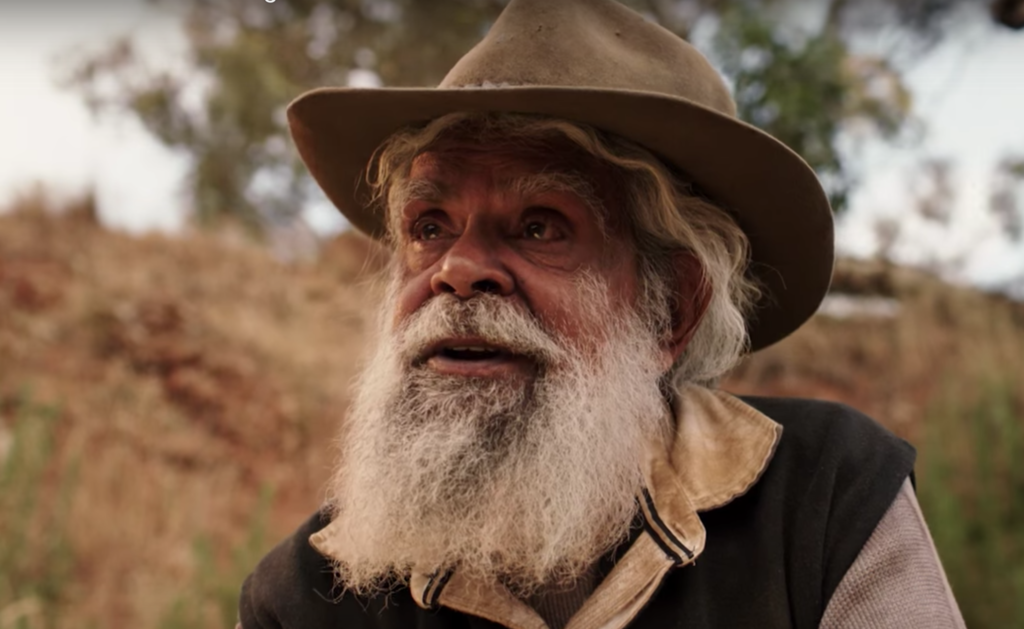 Overall, I thought the show was sufficiently flawed, never feeling precise and rounded to me. Instead it reminded me of a jagged piece of metal, snagging and getting caught on anything in comes into contact with.

The show stayed slow, never hastening the pace until about halfway through the fifth episode, when it finally found its stride. The final showdown between the two, good vs evil, felt rushed and not well written. The only thing holding the series together was the always entertaining and thrilling acting of John Jarrat, finally being allowed time to perfect his character on screen. This is where Mick Taylor is supposed to shine, although it felt over shadowed by the amount of focus placed on Eve Thorogood and the loss of her family.

The only real plus out of this whole show, is that we finally get a chance to see the background story of Mick Taylor and how he came about as one of the most vicious serial killers in cinematic history. In my opinion, Mick Taylor is one of the top boogeyman in the film industry, as his character is just a normal human being with a taste for blood and carnage, making him all too realistic and fathomable.

There is a love interest for Eve, in the form of character Sullivan Hill (Dustin Clare), who plays the cop assigned to her case. Dustin Clare’s character is married, however he continually drops calls from his wife and shuns plans with her anytime Eve contacts him in need of help. The love interest between the two never fully shines either, until the final episode, which is very emotional and believable in my opinion. I just wish it hadn’t taken so long for it to happen, as viewers would have found themselves more attached to the Eve character. 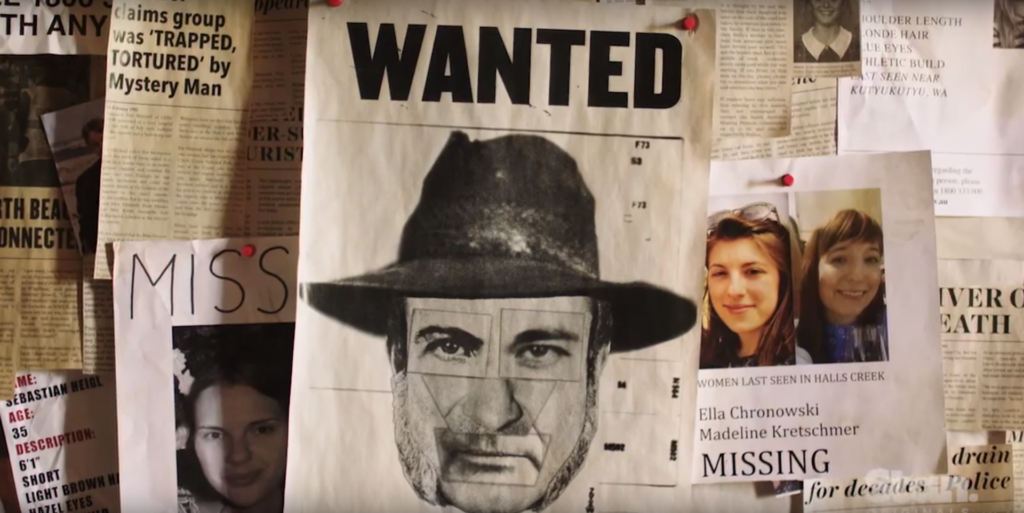 As hyped as I was to watch this show, in the end, it was a stellar disappointment on so many levels.

In conclusion, I regretfully convey that while the show is worth watching for hardcore horror fans, if you missed it, you didn’t miss out on anything special.