FAMILY POSSESSIONS is an upcoming feature length horror film, based on a true story, starring Felissa Rose, Mark Patton, and Jason Vail. We were fortunate enough to chat with writer/director Tommy Faircloth about his highly anticipated paranormal/slasher film, which he describes as adult Goosebumps meets The Conjuring meets Mean Girls. Read our interview with this talented indie filmmaker below.

Can you start by telling us about when and how the idea for this film first originated and what inspired you to tell this story?

The original idea and title for Family Possessions has been around since I finished my second feature film, Generation Ax, back in 1998. The new script has evolved a lot, but the premise has pretty much remained the same. I am a big fan of slasher films and paranormal films, so I wanted to write a story that incorporated a little from both horror genres. 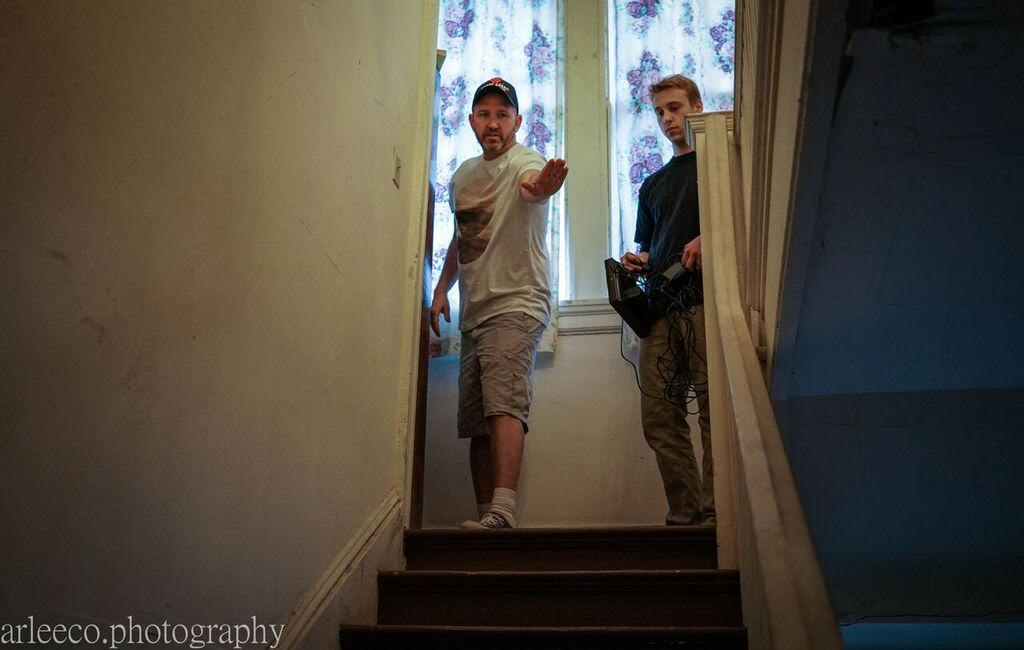 Tommy Faircloth on the set of Family Possessions

What can you tell us about the overall tone of the film and why you think it will appeal to horror fans?

It definitely has my since of humor. I mean, if you watch all of my films, you can tell they were all made by me. Even when I try to be serious with a film, my sense of humor always leaks through. So my hardcore fans will like the film. It definitely has a more serious tone than my other films like Dollface or Generation Ax, but there are moments where you will say, “Yeah, Tommy definitely wrote this script!”

I think horror fans will appreciate it because of the effects in the film. I used all practical effects, and they were done by Tony Rosen. Tony is most famous for creating the Annabelle doll used in The Conjuring and Annabelle, but he has created some brutal effects in tons of other projects as well. Overall, the film will be creepy, with lots of jump scares, good kills and a great cast. 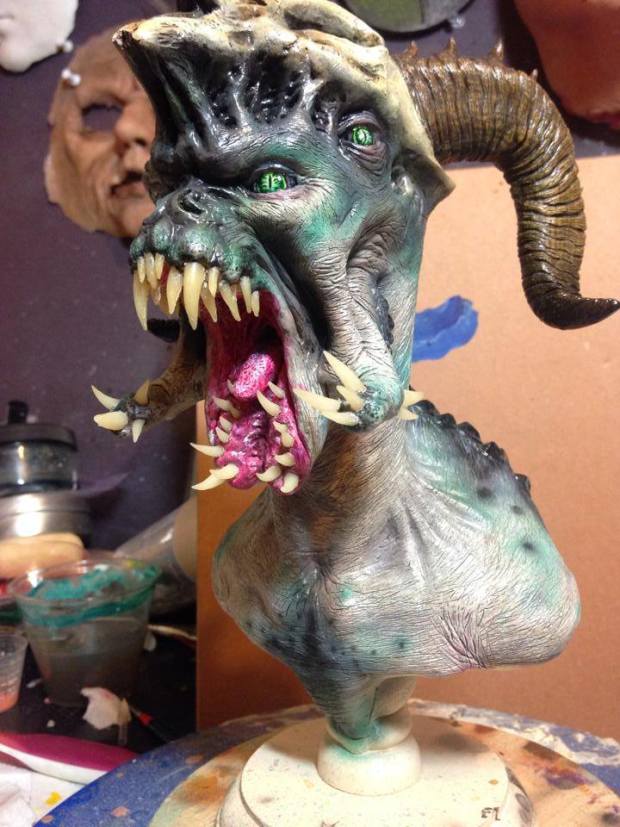 What was your biggest challenge bringing this vision to life?

The biggest challenge was going out of state with an entire crew and cast to shoot the film. All of my past projects have been shot in my home state, where I am familiar with places and people. This time, we went to a very small town in NC… and just getting everyone there and getting the schedule right with so many people was a big challenge. Right after we wrapped and came back home, I dove into the planning for a horror film festival I put on in Charleston, SC called Crimson Screen Horror Film Fest. So now I begin my post-production editing work on the film. 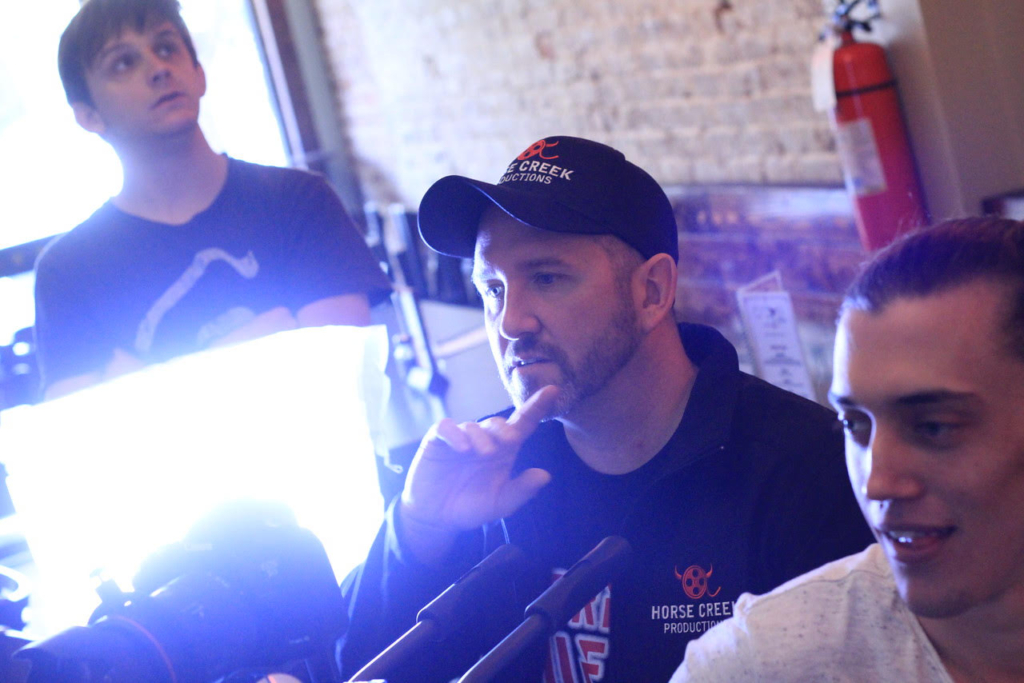 Towards the end of last year, you completed a very successful crowdfunding campaign for the film on Indiegogo. What motivated the decision to raise funds via this platform, and were you surprised by the response from horror fans?

I personally hate having to do crowdfunding because I am not that great at it I guess. I did have a small campaign to raise about $5000 to go towards our special effects, and we did meet that… plus a little more. But 90% of the rest of the film’s budget came from my production company. Money came from past films and my personal investments as well. I put every dime of money I get from my films into my next project. If you don’t invest in your own films, you can’t expect others to do it for you. 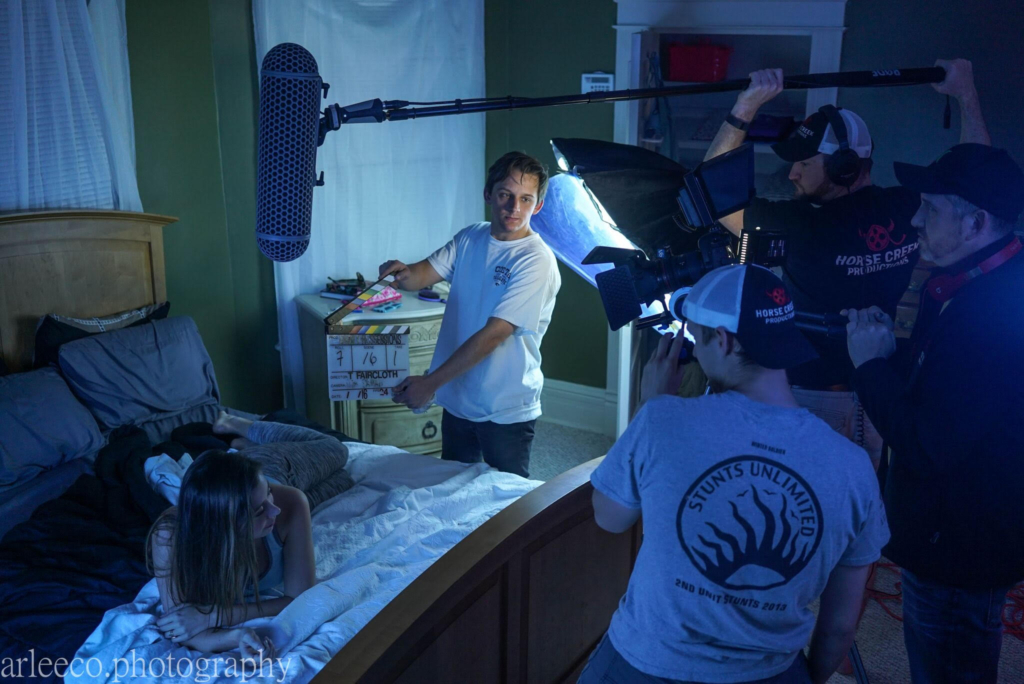 Having said that, I was very pleased with the response from horror fans. We have had a great number of “fans” that support us, and some traveled hundreds of miles to just be an extra in a scene. By offering them something unique, they responded quickly. I would have done it if I was a young horror fan back in the day for sure, to be able to see my name in the credits of my favorite horror film.

The film features legendary scream queen Felissa Rose. Can you tell me a bit about how she became attached to the project and her role in the film?

I met Felissa Rose at a convention I attended in 2015 with my film Dollface. We had booths next to each other, and I walked over and introduced myself to her. We immediately hit it off and became good friends. So a little over a year later, we were working on Family Possessions. I contacted her after the script was completed and asked if she would be interested. She was excited about it. Besides being in one of my favorite films ever, Sleepaway Camp, Felissa is just a sweet and nice person. I love working with people who are genuinely nice, and she definitely is. I can’t say enough about her. 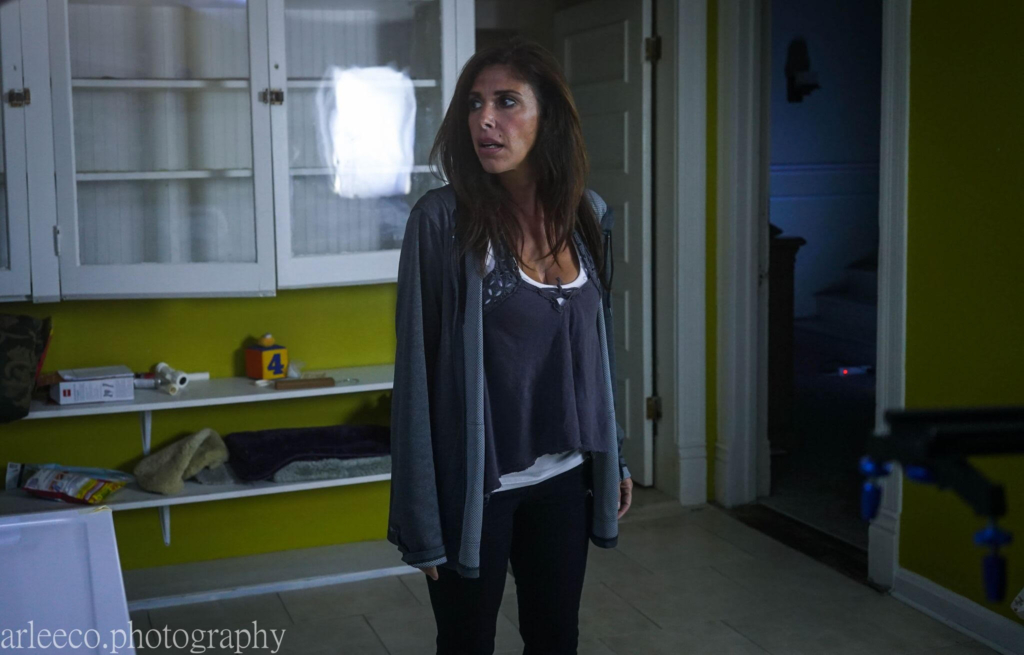 Also in Family Possessions is Nightmare on Elm Street 2’s Mark Patton. Mark had pretty much retired from acting, except from some recentl interviews in documentaries on the NOES series. I reached out to Mark once the script was completed and didn’t hear back for a month or so. I was beginning to think he didn’t want to do it, when he suddenly contacted me and said, “Yes, I’m in!”  Mark is such a huge talent. I mean, he starred on Broadway and on the big screen with Cher. What else can you say?

Having two big horror movie stars in the movie was a big deal for me, and not just because I knew horror fans would be