I had the pleasure of speaking in depth recently with Sharon Y. Cobb, a true Renaissance woman. Although I was nervous talking with someone I have such enormous respect for, I couldn’t have been in better hands. She was exuberant, knowledgeable, honest, experienced, and extremely humble. This was not an ordinary interview…this was a womanly alliance, a friendship forged. Our lengthy and immensely enjoyable conversation felt incredibly natural, and my already significant appreciation for this multi-talented and accomplished woman grew ten-fold. 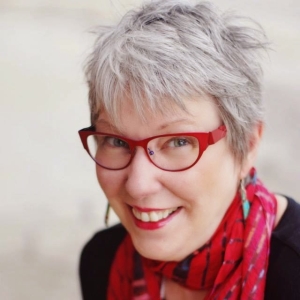 When I first sat down to talk to Sharon, it was hard to know where to start. She’s a highly accomplished writer, credited on IMDB with ten writing projects, three turns as script supervisor, and two Producer titles. She also wrote the acclaimed novel False Confessions of a True Hollywood Screenwriter. Sharon is very determined in her attempts to further develop fellow woman writers/creators, and she was beyond eager to speak with me. In addition to her prolific writing career, she also helps develop and teach film school curriculums in Florida, specializing in Film Noir.

I was impressed to learn how auspicious her career as a writer has been. Living in Key West, Florida, Sharon worked at an art gallery frequented by none other than the legendary writer Tennessee Williams. She explained that Key West is a small, tight knight community, and everyone was aware of Williams’ presence. One day in 1981, finally compelled to ask the legend himself how she should begin her writing career, Sharon ran outside and stopped Mr. Williams. He very simply and matter of factly stated, “JUST WRITE.” At the time, much like myself, she was hung up on not knowing proper form and structure. Williams simply advised, “Then take some writing classes.”

Williams’ response to her inquiry was simple, direct, and honest. Sharon took his words to heart, immediately enrolling in some local courses at a nearly institution (aptly named after Williams). She quickly learned to perfect her craft. When I asked Sharon what motivated her to finally speak with Williams, she simply explained that she was just moved to do so at that particular point in time. Despite her focus on Graphic Art at the time (she opened her own ad agency in her early 20s), she felt the Universe was compelling her to pursue her writing.

Sharon grew up as a bit of a tomboy. Her father was one of the original NASCAR drivers, back when they still raced on the sands of Daytona Beach. She seemed to have racing in her blood as well, competing in various race car classes, even belonging to the Sports Car Club of America. Her life experiences also include playing keyboard for a rock band between the ages of 13 through 21, where she would help write songs for her band, and even owning a restaurant. In fact, Sharon explains that she thoroughly enjoys her time at home cooking for herself and her of sixteen years, Robert.

Mrs. Cobb was so extremely delightful to speak with, so engaging, I at times found myself sharing MY stories instead of discussing her numerous contributions to the world. We learned so much about one another, making me become more at ease and helping me realize that I am not so far from some of the individuals I look up to.

In late 2015, the movie JUNE was released, a movie that Sharon co-wrote with director L. Gustavo Cooper. I was very curious how these two seemingly different artists became filmmaking partners.

Cobb enjoys challenges and working under pressure. A veteran competitor of numerous 48 Hour Film Festivals, which are notoriously difficult for many reasons, she regularly submitted entries and won quite a bit. On one of these occasions, she submitted her dark film project Jane to the competition, and this is where and when the winning combo of Cooper and Cobb first originated.

“JANE was too dark and twisted for the Judges and audience,” explained Cobb. “But Gus got it. He liked it. And when I went to go congratulate him on his many wins that evening for THE FENIMORE, he mentioned he really enjoyed JANE.” She went on to explain that months went by, and she received a telephone call. It was Gustavo, and he was adamant on pitching a story to Sharon. She listened to the enthusiastic young man and agreed that his story sounded enticing, definitely workable. But she wasn’t expecting what happened next…Cooper wanted her to team up with him on the project, a film called CHARLEE.

“Without thinking, I said yes,” Sharon admitted. “At the time, I didn’t really have writing partners. I worked solo and, from time to time, I would have others ask to collaborate. But I would always respectfully decline.” So what was different this time? “I’ve never been wrong when I follow my instinct,” explained Sharon. “I was even surprised at myself, immediately agreeing to do this project. I don’t normally do that kind of thing. I even started thinking how I could maybe get out of it gracefully…”

Luckily for all of us, she decided to stay with her initial gut reaction. Although the pair eventually abandoned work on CHARLEE, they subsequently collaborated on what became a very endearing and memorable possession tale with JUNE (read our review), . The team of Cooper and Cobb recently sat down to iron out the game plan for their newest collaboration. Keep your fingers crossed that we all hear positive news on that one soon. 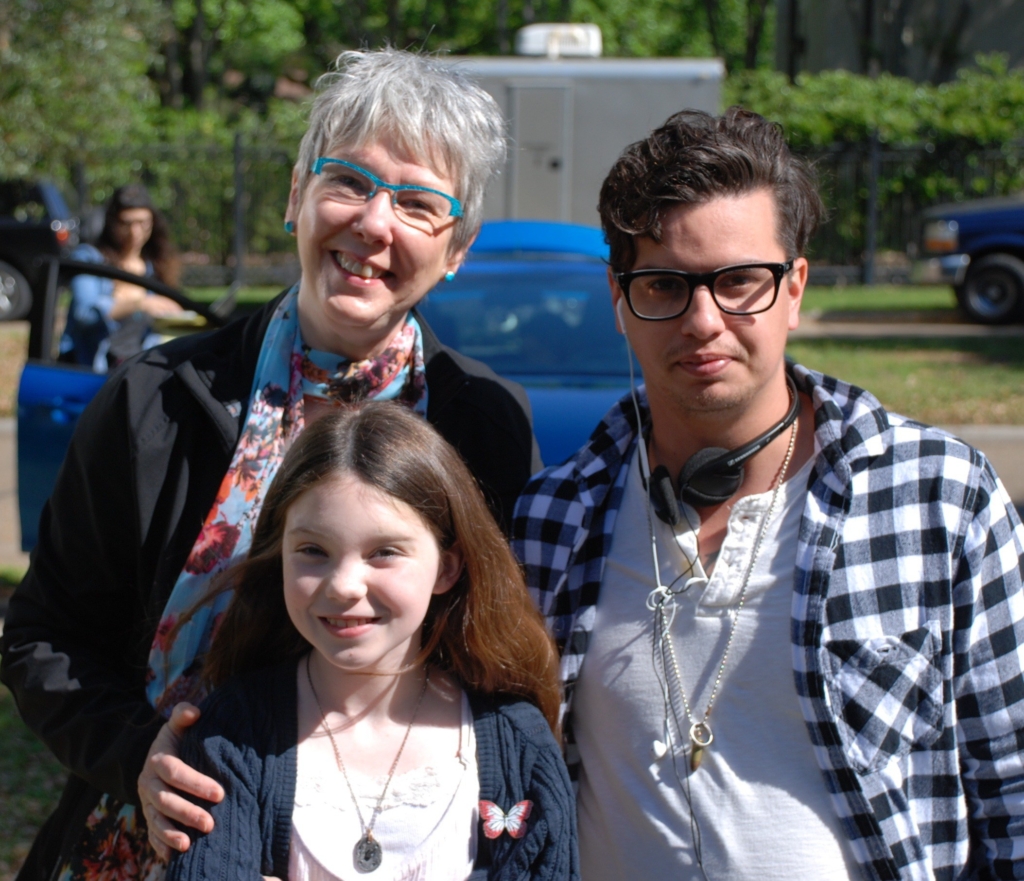 A BRILLIANT MIND, A BEAUTIFUL SPIRIT

To hear Sharon speak of her genuine happiness and her need to create, I was correct in assuming she meditated. Most individuals I encounter who are daily practitioners of some form of Meditation tend to be (like Cobb) joyful, courteous, inquisitive, and empathetic. Sharon, like another hero of mine, David Lynch, is an avid practitioner of Transcendental Meditation (T.M.). Like Lynch, Sharon has been practicing for many years, since she was a mere 17 years of age. She admits that only within the last decade has she has truly disciplined in her T.M. practice. I asked her how she first heard about the practice and, with a heartwarming giggle she responds,  “The Beatles!”

Having the opportunity to speak with such a successful creator, I wanted to know what it felt like to see your ‘baby’—your contribution to the world—being enjoyed by others…in a theater, at a book store, etc. I had to ask.

“It’s surreal,” Sharon says, pausing before continuing. In 2004, the  British romantic comedy Lighthouse Hill, which Sharon penned, was released. She reflects on this experience. “My husband Robert and I were able to fly out to London, and in a fancy prestigious theater, the film I wrote was played upon the Big Screen before a sold out crowd. To hear the audience laugh when I wanted them to, to connect with a character…and I’m mouthing the entire dialogue as the movie is going…’cause I wrote that! It’s wonderful!”

It’s really quite hard to not take a liking to Sharon. She is incredibly easy to chat with and likes some really cool movies. Some of her favorites are Memento, Seven, and one of my personal favorites, John McNaughton’s 1986 Masterpiece Henry: Portrait Of A Serial Killer. This film makes most squirm, but to hear her respect the grittiness and realness was impressive. With this admission, we learned we both share an affinity for True Crime, with a special interest in serial killers.

I didn’t want our conversation to end, as I was having so much fun. In conclusion to our delightful conversation, the full spectrum of her multi-faceted talents and experiences took light. This woman is experienced and willing to share her experiences. She genuinely enjoys teaching and guiding others, taking happiness in everyday human connections, and continuing to break down stereotypes and ‘modern molds’ of what should be.

A prolific creator—everything from novels to screenplays to music video scripts—Sharon contributes so much while encouraging others to create as well. Speaking with her and getting to know this amazing woman was an honor and an inspiration. I can’t wait to see what this talented creator does next!