A compelling, well-crafted celebration of diversity, Shudder’s “Queer for Fear” is an insightful, eye-opening, and important docuseries. Queer for Fear wasn’t just made for progressives, liberals, or queer folk themselves.

It was made for people like me – people who love horror but have been largely on the fence about LGBTQ+ issues and are recovering from a lifetime of Puritan upbringing, offensive humor at the expense of queer people (until recently, gay jokes were the last surefire way for straight men to rib their chums in the workplace), and, ultimately the kind of homophobia that doesn’t hate any particular group but would just as soon ignore anything rainbow-tinted as a matter of personal taste.

Thankfully, there has been a steady onslaught of queer voices fighting its way to the rooftops long enough now that even an old centrist like me has had to take a step back, take notice, and embrace the diversity that has now, finally, been allowed to shout openly atop entertainment spaces.

As the docuseries proudly proclaims, horror as we know it is in large part the result of the brave efforts of over 200 years of queer people bringing stories to the masses (alongside their straight contemporaries) as best they could and introducing themes with which they were intimately acquainted that those of a straighter bent may not have been able, or willing, to explore.

Queer for Fear highlights those voices in a classy, well-produced, thoughtful manner by exploring queer (or “queer-adjacent”) horror creators throughout the past two centuries. 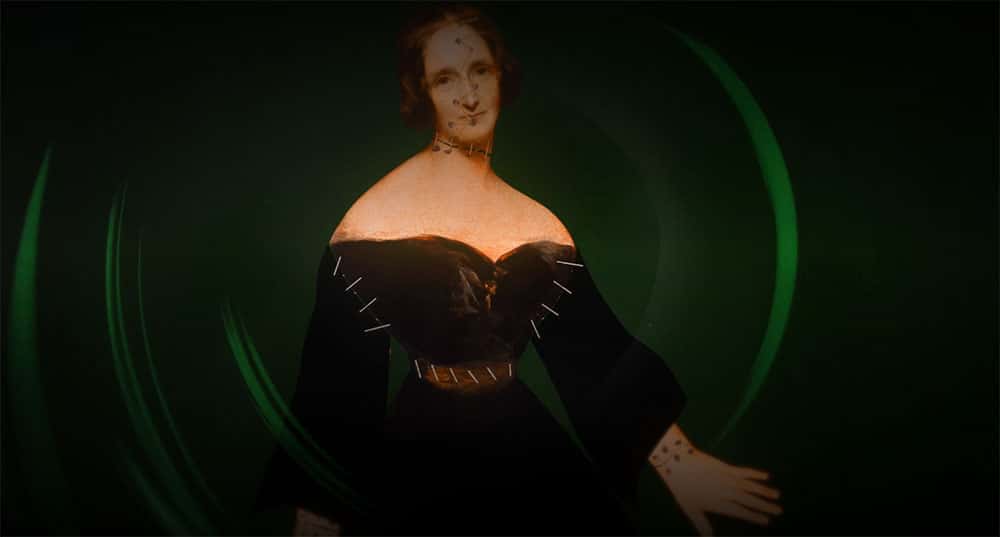 Starting with a broad commentary from LGBTQ+ experts in the entertainment industry and genre luminaries on the link between horror and queer life, there is much talk about how monsters and “the other” in horror and gothic tales mirror the place where queer people have found themselves in society since the dawn of time.

It is explained that queer creatives told their stories in “code” in the places they were allowed to, including the dark tales that would later become horror cinema.

Mary Shelley is rightfully lauded as the mother of horror and science fiction. The first segment of Episode 1 explores how her role as a feminist and bisexual woman played directly in her creation of Frankenstein.

If you weren’t already aware of what a progressive genius she was, the documentary makers drive the point home. They not only explore her fascinating personal life but deftly show how it intertwined with the subversive themes presented in the godfather (or rather, godmother) of all horror fiction.

I was a little surprised that the subject of the film Gods and Monsters (1998), openly gay director James Whale, who directed Frankenstein and The Bride of Frankenstein, was not discussed here. But perhaps they are saving that whale for a larger segment later in the series.

His importance to both the gay community and horror films cannot be understated and would certainly warrant it.

The next segment covers Oscar Wilde, whose most notable contribution to the genre was The Picture of Dorian Gray, written a full two years before Dracula. 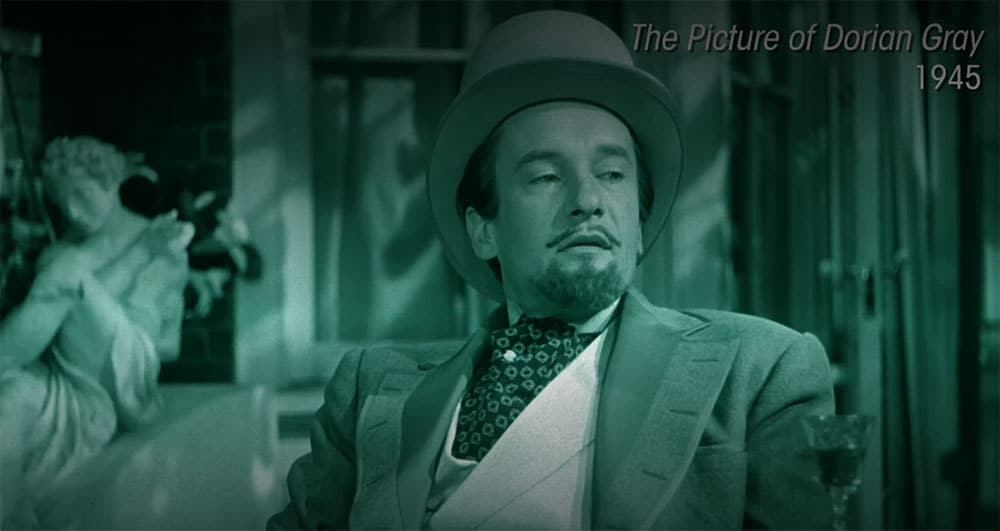 The psychology of the character of Dorian Gray is smartly compared to later characters who were passed the torch of hedonistic psychopathy.

We are also presented with the tragic history lesson of Wilde’s own downfall at the hands of a society that, towards the end of his life, branded him a monster.

Bram Stoker is then brought up, beginning with speculation about his sexual orientation that hinges mostly on a letter he wrote to Walt Whitman. While the letter is compelling evidence that Stoker may have been a closeted homosexual, the sharing of it does feel almost like a violation of his privacy.

In sharp contrast, gay or not, Stoker spent much time actually lobbying against homosexuality publicly and in letters to Parliament.

The theory is that this allegedly self-hating gay man then married the horror of his personal duality to the Carpathian legends he had researched. The resulting love child was Dracula.

Almost as though the documentarians realize the tenuousness of what some viewers may see as an overreaching attempt to link Stoker’s sexuality to what many critics recognize as a story rife with homoeroticism, the subject quickly moves from the potentially gay (though publicly religious and married) author to the known gay filmmakers that would carry the story of Dracula into the next century.

F.W. Murnau was the king of unauthorized horror adaptations. Besides ripping off Dracula with the timeless classic Nosferatu, he also did a (now lost) unauthorized version of Dr. Jeckyll & Mr. Hyde, which supposedly had several overtly gay themes.

The doc also goes into the queer qualities of Murnau’s Faust but focuses mainly on Nosferatu (most famously, the phallic imagery and Orlok’s seduction of Harker). 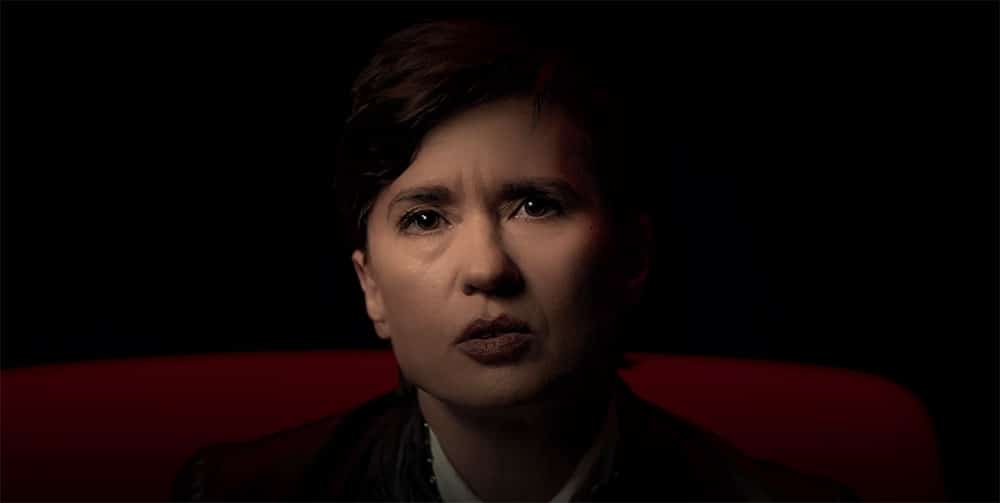 The story of how Stoker’s estate sued Murnau successfully and supposedly destroyed all but one copy, which was later released, is recounted and spun in such a way as to credit those efforts with creating buzz for Dracula on Broadway and later for the film.

Then, we are at last brought to the 1931 Universal classic, which focuses on the “queerness” of the costuming, makeup, and performances, as well as the sexuality of some its performers.

Another tenuous link is made, this time to the “Pansy Craze” of the jazz age, but this is reinforced by a further discussion about Browning’s choices as a director to foreground the voices of the monstrous and the marginalized in his adaptation.

At this point in the documentary, I began to wonder if its producers weren’t trying a little too hard to see the pink in the black and white.

Still, as the credits rolled and I pondered everything I’d just watched, I was reminded that history deserves to be viewed through many lenses and that there is no harm in assuming the truth of another perspective is just as valid as any other, regardless of how that viewpoint is reached.

No matter where you’re at on the rainbow spectrum, Queer for Fear is an entertaining and thought-provoking look at a part of horror culture that should be highlighted, celebrated, and given its long overdue credit. 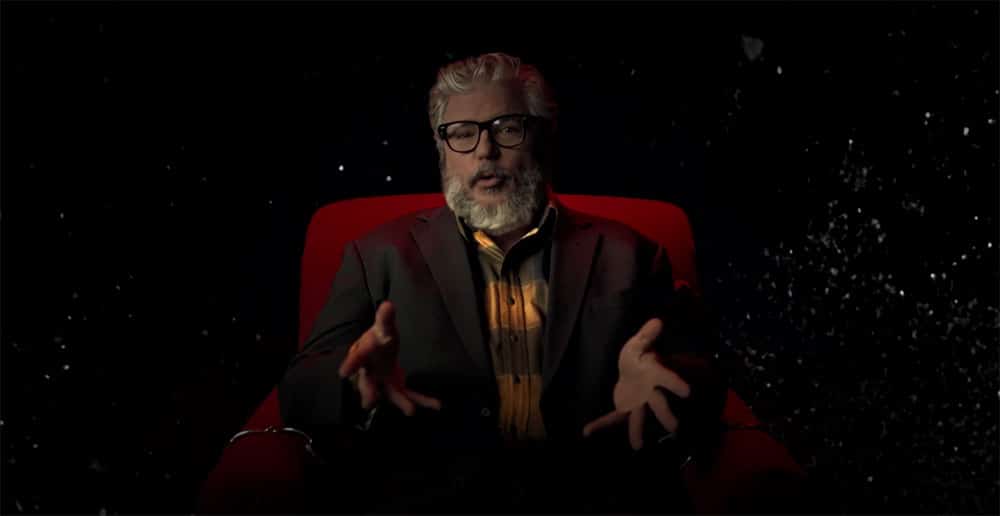 The interviews are fascinating, featuring everyone from Cassandra Peterson (Elvira) to Mark Gatiss (Mycroft Holmes on Sherlock and creator of the BBC series Dracula).

Overall, I felt the production value, compelling commentary, and celebration of diversity showcased in the first episode far exceeded my expectations and made me want to digest the rest of the series.

If conservative horror fans can get past the show’s title and keep an open mind, they have nothing to fear from Queer for Fear. I am certainly grateful to the showrunners for broadening my horizons.