Like its ageless hero, “Demon Knight” is both of its time and timeless, a last gasp of 80s horror before irony invaded that hasn’t aged a day. 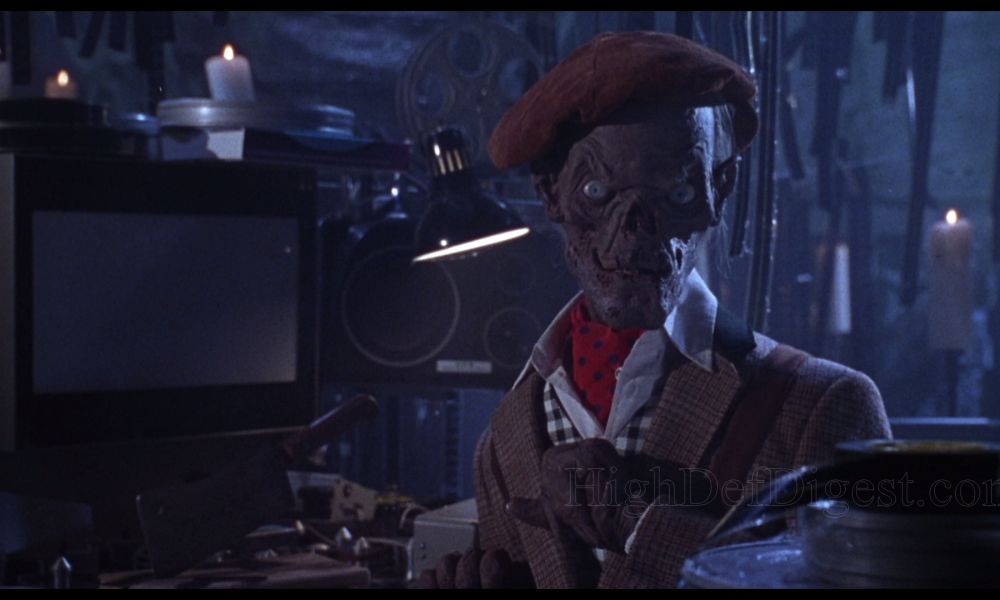 Sometimes when storm clouds roll in, I watch them between blinds and wonder if ‘90s nostalgia has finally arrived. The thunder is already clapping. HBO Max spent the GDP of Tonga for five years of Friends reruns, a relative steal after Netflix sank the GDP of Nauru just to keep it through the end of the year. Disney just threw up its hands and animated The Lion King a second time to the tune of $1.65 billion dollars at the box office.

The warm-fuzzies are already invading, but the ‘90s haven’t had their Stranger Things supernova yet like the ‘80s did. When JNCO Jeans return from our imposed extinction, that’s when we’ll know it’s all over. 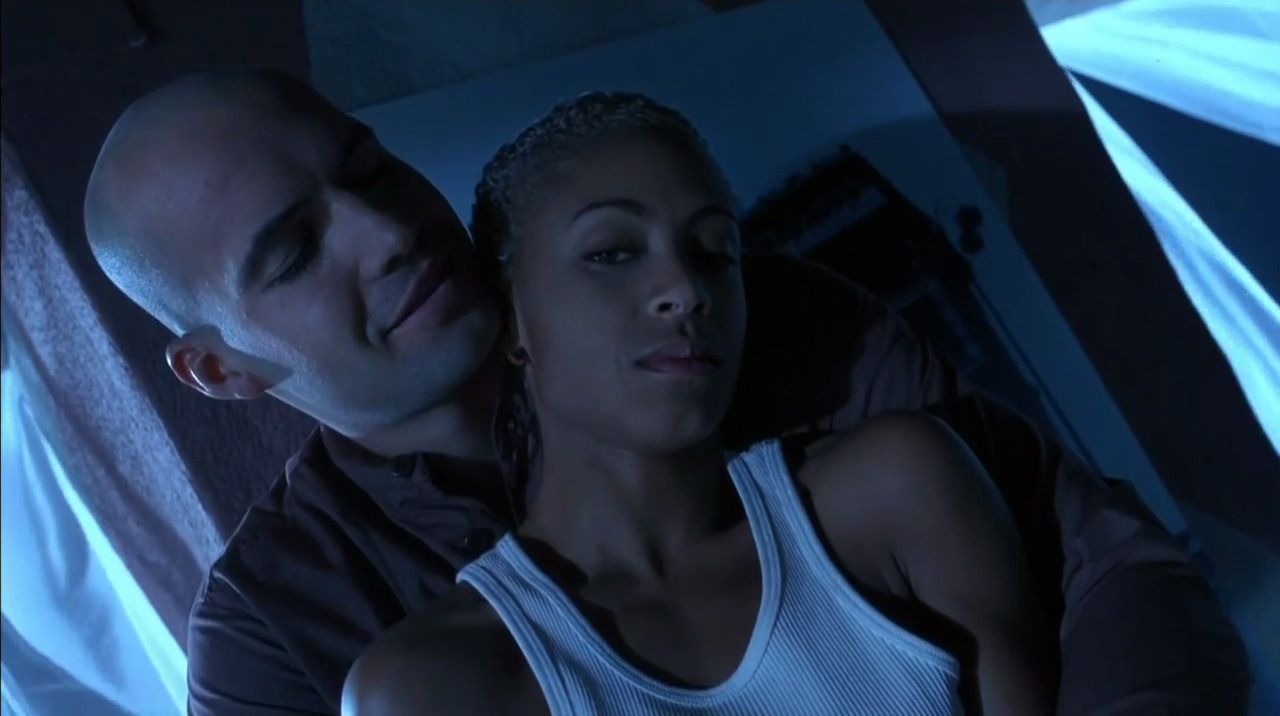 But when it comes to horror, ‘90s nostalgia shines a little brighter on the later years of the decade.

Scream. The Blair Witch Project. Ring. The Sixth Sense. The Craft. There is gold for the mining prior to 1996, but the era’s most recognizable flavors hadn’t quite settled yet. The irony. The self-referential humor. Abercrombie-ready teenagers in peril, but this time, with sarcasm. At least one rapper in any given cast. More CGI. Less fun. Mileage varies, and there’s an exception to every rule, but the times they had a-changed.

The front nine of the nineties, though, were a cinematic hangover. You can’t come off the 80s-est summer of all time – 1989 – without a little blood and neon left in the tank. Tremors. Army of Darkness. The People Under The Stairs. Attitude. Entertainment excess by the vial. That sweet, sweet rubber reality of practical effects. 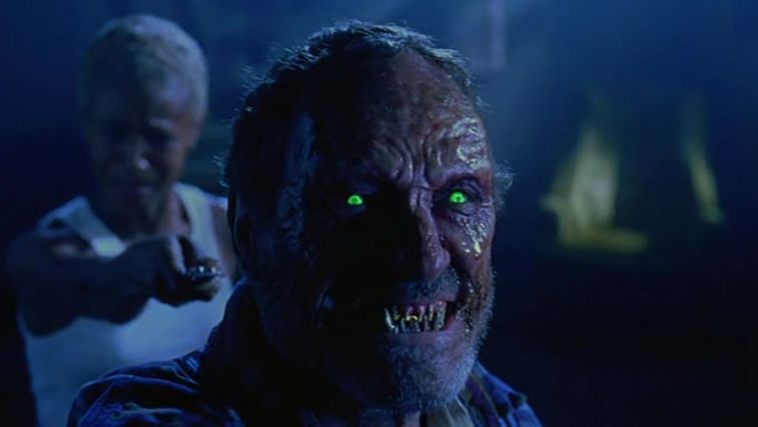 It took a while for the house style to fade out, but the last pure expression of ‘80s horror euphoria has to be 1995’s Tales From The Crypt: Demon Knight.

The pedigree is right there in the title. From its Walter Hill-directed premiere in 1989, an episode about a state executioner who enjoys his work a little too much, the show served as a revolving door of genre royalty getting their hands dirty. Count off the producers on Demon Knight for a refresher course — Richard Donner, Richard Edlund, David Giler, Walter Hill, Joel Silver, Robert Zemeckis.

But despite that varsity line-up, the leap from pay cable to multiplexes wasn’t easy. 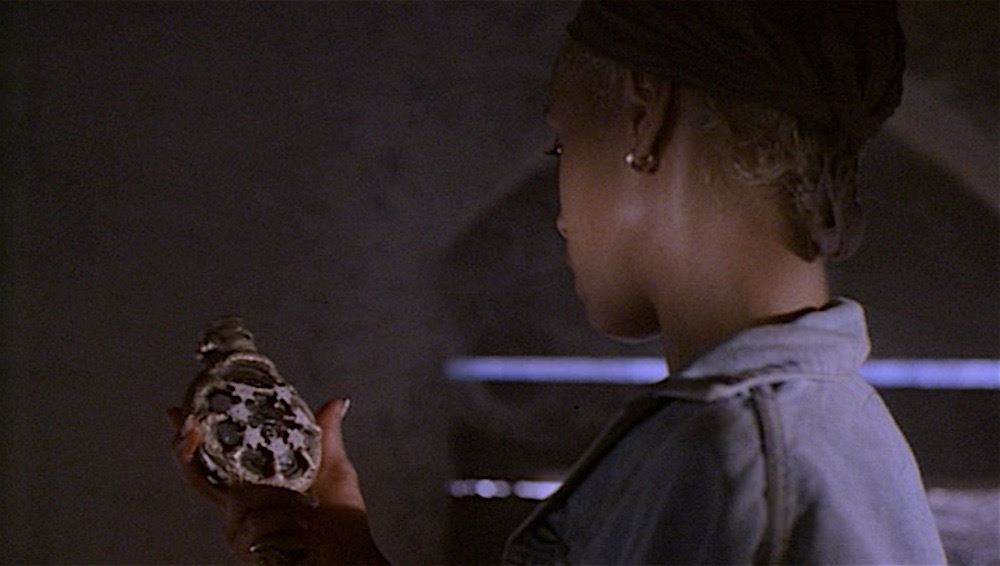 The original intention was a Tales From The Crypt trilogy, with each installment working as an outsized episode, triple the usual length.

Trouble was they couldn’t get a single script to stick. Quentin Tarantino’s From Dusk Til Dawn was a contender, until he asked for more money than anyone had and left to make it with Robert Rodriguez.

Peter Jackson and Fran Walsh’s script for The Frighteners was next in line, until Zemeckis fell deep enough in love with it to produce it himself. The eventual trilogy included a 33-year-old script from Zemeckis and Back to the Future cowriter Bob Gale (1996’s Bordello of Blood) and a six-year-late conclusion that that almost lost its Crypt connection before getting dumped to home video (2002’s Ritual).

When acclaimed cinematographer and director Ernest Dickerson signed on to helm Demon Knight, the first of the trilogy, he didn’t even know it was a Tale. The original script, from writers Mark Bishop, Ethan Reiff, and Cyrus Voris, dated back to 1987 and had no jokes set aside for undead puppets. 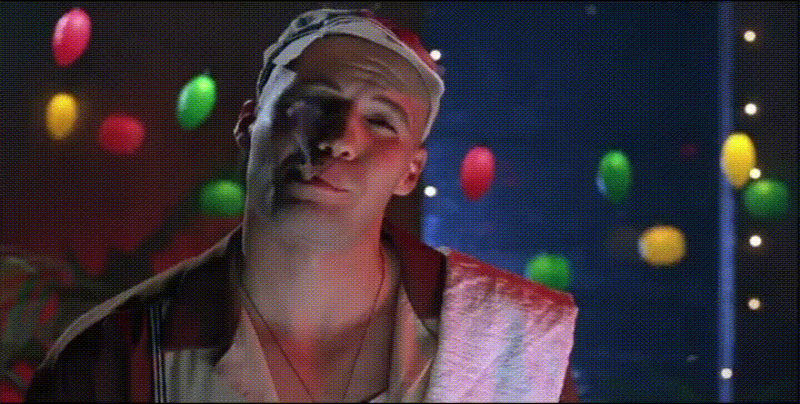 Watching the finished, Crypt Keeper-approved Demon Knight, it’s hard to believe it was ever anything but.

It starts with a delightfully gratuitous fakeout in another horror movie entirely. An unnecessarily topless wife disposes of her husband in an unnecessarily complicated way: acid bath in the basement. Trouble is, she forgot to wash behind his ears and now he’s coming for her, provided he doesn’t disintegrate first. Wait. Cut.

The slasher just isn’t goopy enough, much to the chagrin of the actor underneath it all, Tobe Hooper’s voice of horror, John Larroquette. The director demands perfection, this being his first shot at the big time, the director being the Crypt Keeper himself. He quips, he cackles, he comes alive thanks to some disconcerting, but effective matte work.

For fans of the series, it’s warm milk. 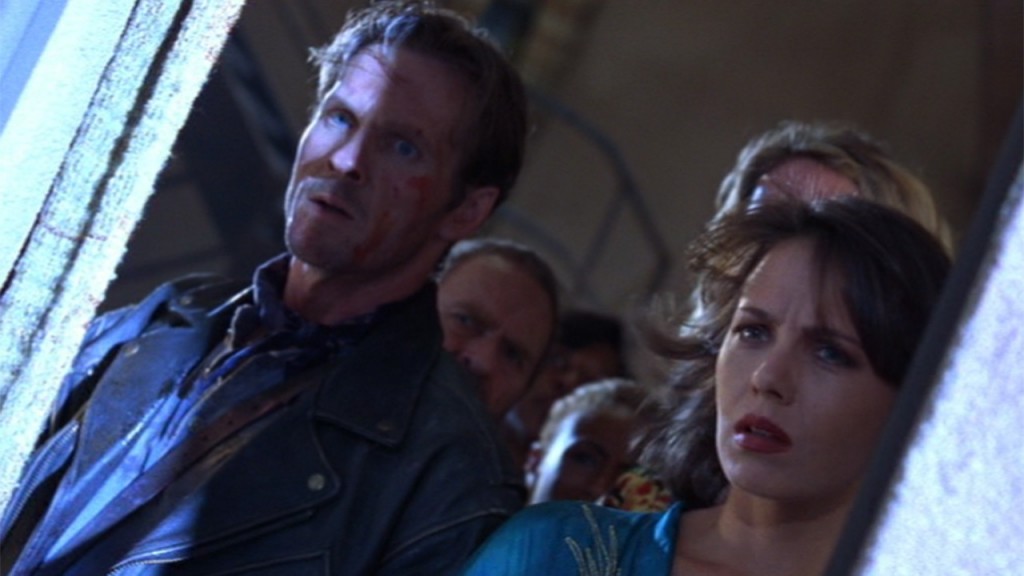 For the uninitiated, it’s fair warning — what you’re about to see will be as goofy as it is gory, as silly as it is severe.

Demon Knight proper open on a car chase for the fate of humanity, shot with proper music video gravitas to the grungy tune of Filter’s “Hey Man, Nice Shot.” William Sadler checks the rear-view mirror. Weary eyes look back from a guilty face. Then come the headlights. Another roaring engine. Enter Billy Zane, bright-eyed and bald-headed, as supermodel Beetlejuice.

It’s a tale as old as time. To quote the very first line of Stephen King’s The Dark Tower, “The man in black fled across the desert, and the gunslinger followed.” But it’s never been more shamelessly stylish.

Night falls like a soundstage wall — black, with an unearthly supply of blue haze for effect. 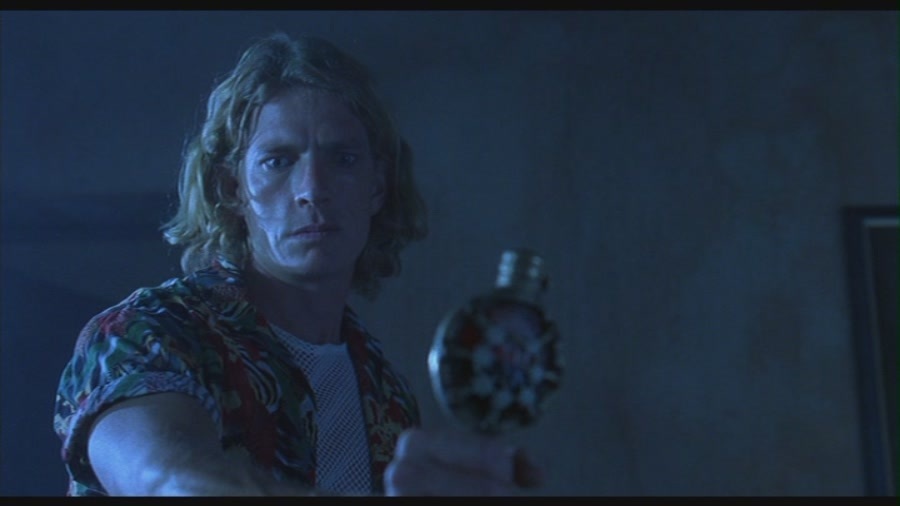 Short some exteriors at the end, Demon Knight was filmed entirely inside an abandoned aircraft hangar. The resulting artifice of its desert hell is something to behold — a wide shot in which Sadler and Dick Miller approach a miniature church as lightni