“Great White” doesn’t have much depth, but there’s fun to be had if you don’t mind a mindless popcorn film that keeps to the shallow waters. 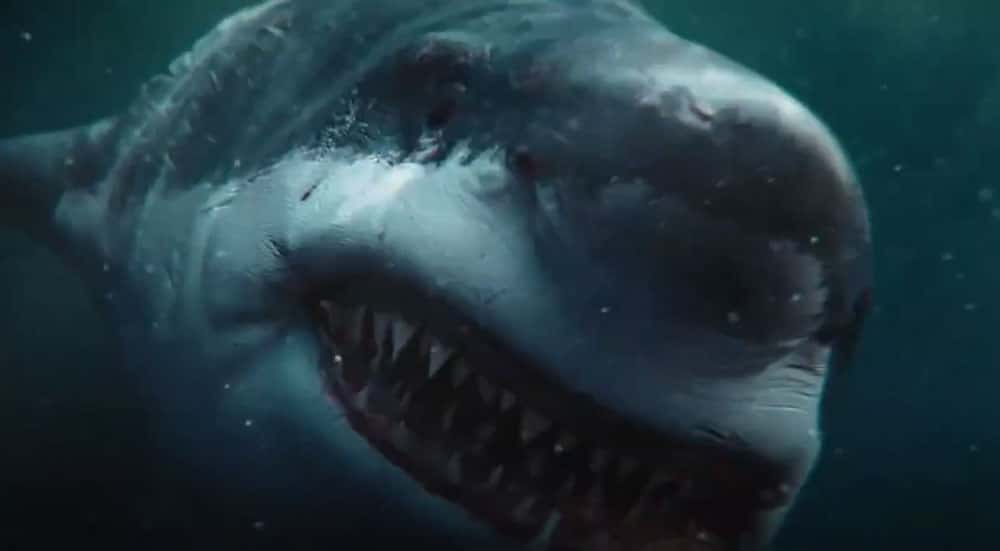 Aquatic horror is rife with low-budget sharksploitation films eclipsed by the looming shadow of the subgenre’s crowning achievement, Steven Spielberg’s 1975 blockbuster Jaws. Despite advancements in technology, special effects, and the ingenuity of up-and-coming filmmakers, shark-driven horror often fails to live up to its potential.

Charlie (Aaron Jakubenko) and Kaz (Katrina Bowden) have their plans to sit back and rest interrupted by a new business opportunity. Joji (Tim Kano) and Michelle (Kimie Tsukakoshi), a pair of wealthy tourists, decide to charter Charlie and Kaz’s plane for a guided excursion to a private beach. Accompanied only by Charlie’s best friend and chef, Benny (Te Kohe Tuhaka), the group of five embark on a day trip they won’t all survive.

The group quickly encountered some human remains, some inconveniently located shark food leftovers, and take matters into their own hands instead of calling in the Coast Guard.

This is the first poorly written character choice of the movie and one that sets the tone for every character arc. 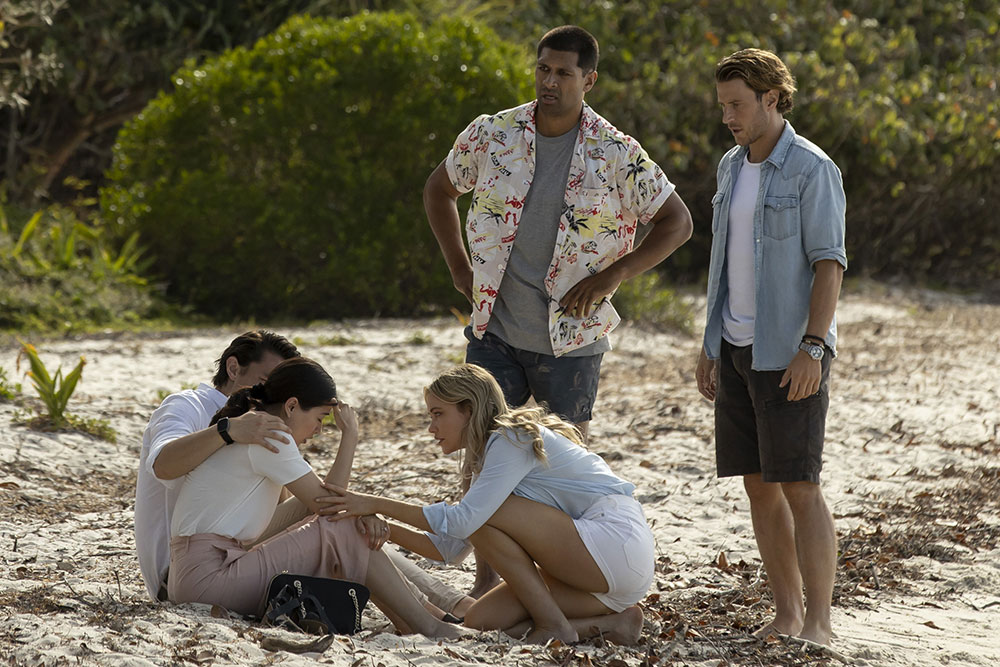 Charlie, a former marine biologist with some shark attack-related PTSD and his partner Kaz should know better – but they can’t seem to help themselves when it comes to pursuing a rogue great white preying on the reef.

When their plane capsizes, and they catch their first glimpse of that steely grey dorsal fin, audiences know they’re in for yet another mediocre survival story that relies on the ocean’s greatest predator to spice up some percolating human drama.

Screenwriter Michael Boughen’s script is fine and formulaic enough, but Great White is dragged into mediocrity not by the actors’ performances, but by their extreme lack of chemistry.

Charlie and Kaz look and behave like the power couple Boughen and Wilson want audiences to believe they are, but it rarely ever feels like the love and passion are there. The same goes for their foil couple in Joji and Michelle. The only character who has chemistry and charisma is Benny, who is used as a plot device rather than a compelling character for audiences to sink their teeth into. It’s competently shot, well-acted, and succeeds at building tension and dread for our would-be survivors.

There are a few powerful moments of our fivesome adrift in a life raft that feel unbearable to watch – not from a lack of quality, but the existentialism of the unknown. Is the shark following them? Will they make it to shore? The problem is that these scenes don’t happen until the end of the second act…and not much happens in between aside from a few contrived deaths and underwater POV shots.

If the film could have stayed narratively and effectively consistent, Great White would transcend from the depths of “just fine”.

Sadly, the deaths don’t feel earned – and the rest feels like a lower-budget reshoot of shark survival films we’ve seen over and over again for the past two decades. The result is 100 minutes of a decent popcorn movie. It has its strengths, but they’re bookended by long stretches of an uninspiring film roll, tracking shots, and great white shark silhouettes.

This is a movie undeserving of hatred, but viewers most likely won’t love it either. Sit back, grab some popcorn, and lose yourself in a quick romp through the reef.