Shudder exclusive “Martyrs Lane” is a beautiful, brightly lit horror story told from the perspective of a whimsical and brave young girl. 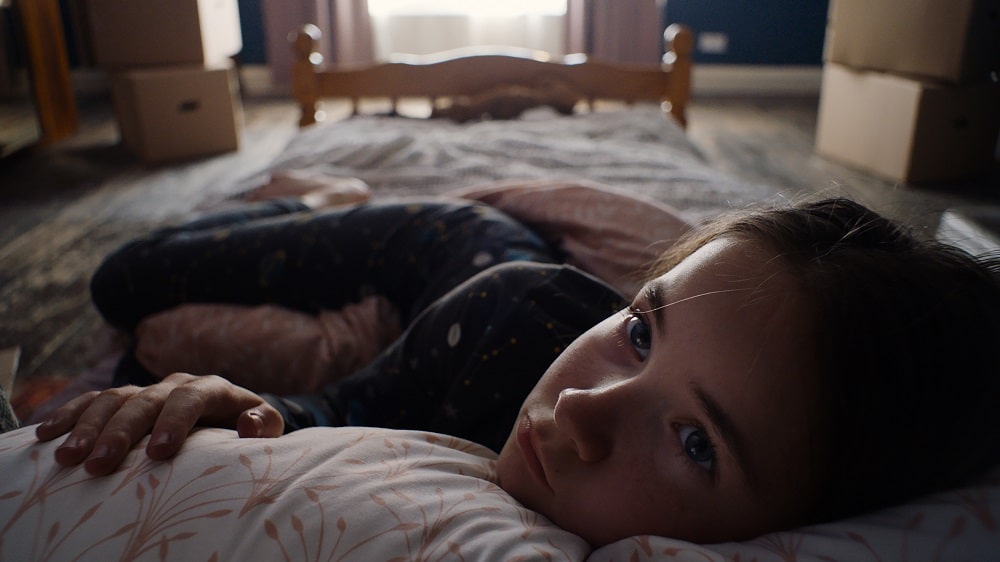 Martyrs Lane is a new British horror film from writer director Ruth Platt, streaming exclusively on Shudder. It’s a very quiet film as if it’s whispering to you. Stylistically, Martyrs Lane can easily team up with The Moth Diaries and The Blackcoat’s Daughter. At its core, it is a meditation on mourning and trauma as much as it is a horror movie.

Current popular horror phrases like “batshit crazy”, “mindfuck”, and “From Blumhouse” do not apply here.

In the film, a little girl named Leah (Kiera Thompson) wanders inquisitively around the kitchen bedlam of her home during a party. I give this particular detail because it offers us a portal into the perspective the story is going to be told from — Leah’s. The entire film is shot from her point of view, with a particular focus on seeing and physically touching things.

We hover in her personal space with closeups of her face and upper body, and we even follow her tiny hands as she touches and interacts with the things in her world. The sense of tension within the family can be cut with a meat cleaver, and it seems to be centered around her mother. Leah is fascinated by the locket her mother clings to, seemingly out of desperation.

Leah opens the locket when her mom is in the shower and steals what is inside: a curl of blonde hair. That preteen burglary is the catalyst that kickstarts the film. Soon after her theft, she is visited nightly by the ghost of a little girl named Rachel (Sienna Sawyer).  Rachel is mysterious and friendly, but only for a little while. The beads you get as the plot unfolds will help you craft the bracelet that fits neatly around everything at the end.

The movie rests its entire weight on the shoulders of main actresses Kiera Thompson and Sienna Sawyer, and they carry it effortlessly. 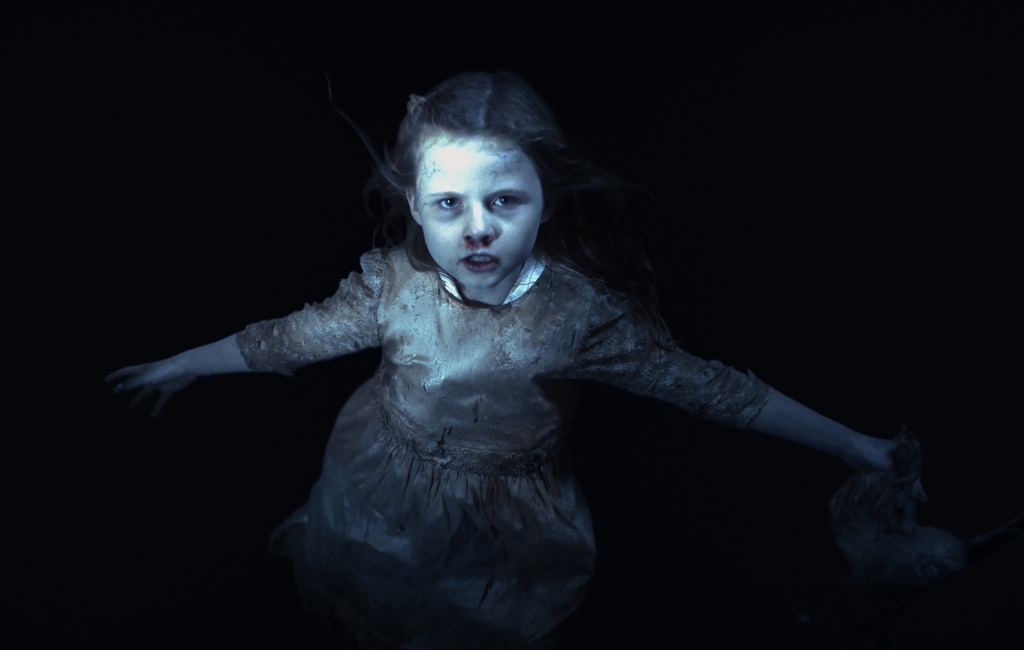 Their performances contain none of the predictable tropes of most child characters in horror films.

In case you’re wondering if there’s any gore and violence, there is. As the film progresses, Rachel rapidly decomposes, which is a beautiful process, depending on how you feel about special effects makeup (nudge-nudge). The ending is also quite violent once Rachel begins to get angry.

The discomfort is mostly generated by the atmosphere, however, especially in the nighttime bedroom scenes and the daytime set pieces.

There’s something eerie about how we see the sunlit forest, from the perspective of someone about four-and-a-half feet tall. Yet she is never intimidated or towered over by adults, and only shares an equal level with Rachel, which makes it extra painful when she turns violent.

We don’t look down into Leah’s world, she pulls us down herself by the collar.

Overall Rating (Out of 5 Butterflies): 3
MORBID MINI
In this Flanagan-esque tale of grief and lost ghosts, a young girl’s curiosity gets the best of her when she seeks out the reason why her mother is always sad.  She is soon visited nightly by the ghost of a little girl, who gives her clues to solve the mystery. Get cozy in the tv room and unwind with this creepy yet understated slice of exquisite British horror.