Indie icons Barbara Crampton and Larry Fessenden shine in this modern, feminist take on the vampire story and the power of self-discovery. Horror fans who have been tuning in to terror since the days of practical effects and cherished trips to the neighborhood video store have grown up watching genre icon Barbara Crampton slay the silver screen.

She’s starred in everything from Re-Animator to Chopping Mall, From Beyond, Castle Freak, and more. After a bit of a break from being a horror mainstay, Barbara made a comeback in the 2011 film You’re Next, which excited horror fans and breathed life into her career, and she hasn’t looked back.

However, Jakob’s Wife is the starring vehicle that Crampton fans have long dreamed of. As expected, Crampton adds shine and dimension to the character of Anne, a modest minister’s wife.

Anne and her husband Jakob live a simple, small-town life free from any real excitement or drama. As some women do around mid-life, Anne realizes that she’s bored and living a passionless existence. Her daily routine of solo workouts, gardening, and cooking has gotten stale.

Anne decides to meet up with “dangerously handsome” ex-boyfriend Tom Low, played to the hilt by the also dangerously handsome Robert Rusler (has he aged at all?) of Nightmare on Elm Street 2 fame, to liven life up a little. Alas, the day goes awry, and Anne ends up unexpectedly engaging in a, ahem, transformative tete a tete with a bloodthirsty entity known as The Master.

As the days go by, Anne begins to change after her chance encounter.

Her newfound power turns the once-timid housewife into a bold, brazen broad, slicking on red lipstick and making her own decisions.

Anne is coming into her own, and it’s about damn time.

She had long stood behind her husband, even giving her own dreams up for love. Anne’s journey is a parallel to many women’s lives upon realizing that marriage, family, career, or children have been their main focus, leaving themselves and their own needs by the wayside (vampirism is a stellar metaphor here).

What makes Jakob such an endearing character instead of a one-dimensional, stuffy husband is the fact that he’s so real, so human.

He may be a minister, but he’s also a flawed man who is deeply in love with his wife, leading to some of the most magical moments in this movie (Fessenden is flawless as Jakob).

This movie is so much more than I thought it would be. 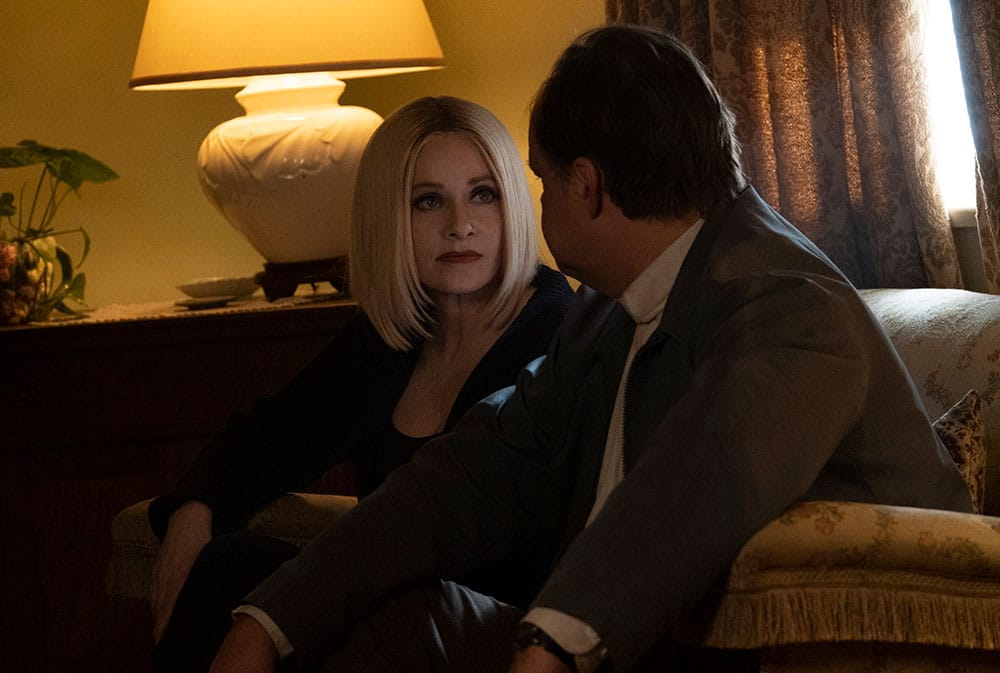 The parallels between how society views women and men’s expectations of women and marriage, as well as the daily drone of routine and the examination of our self-worth, intersect in the most entertaining way.

Also, no spoilers, but The Master? Absolute perfection and so fun (don’t miss the credits so you discover who plays this pivotal part).

Anne proves that a woman can exceed what the world expects. You can have your blood and drink it, too!

You can catch Jakob’s Wife streaming exclusively on Shudder.

MORBID MINI
Crampton revels in being so much more than Jakob’s wife. This film is a true celebration of what marriage and womanhood mean in today’s landscape. The idea of learning to love yourself through all parts of a transformative journey to self-discovery is what makes this a refreshing take on the vampire stories of old. Women aren’t victims; in fact, they hold more power than they can even imagine.