Even if you’ve not seen the first “Slashening” this worthy sequel stands on its own — a great slasher and a smart, creative work of satire. 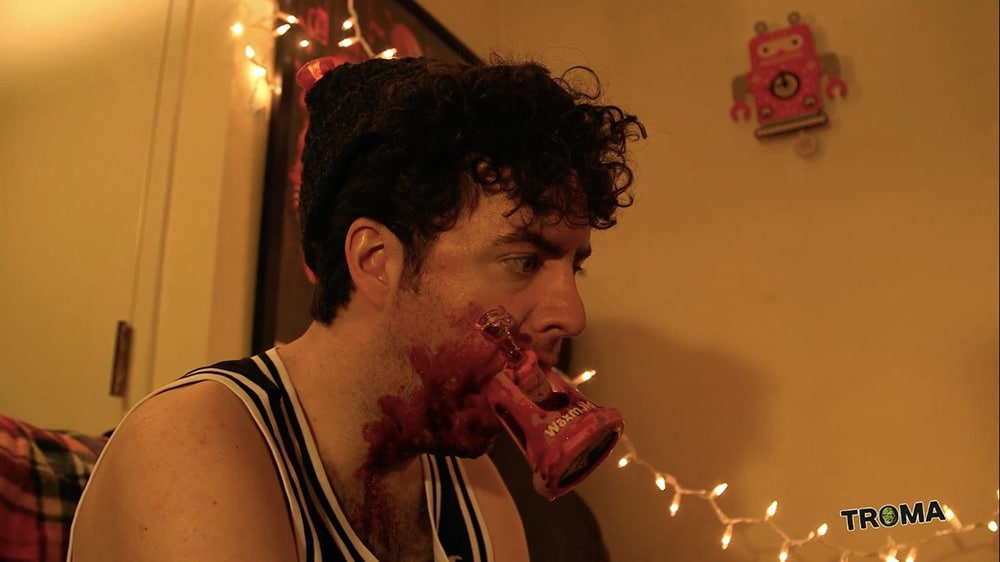 Slashening: The Final Beginning is a gift — filled with biting satire of modern hyper-PC culture, spoiled millennials, hipsters, gentrification, pseudo-intellectuals, and much more — all wrapped up in a delightfully fun slasher film bow. Somewhat akin to a no-budget, gross-out Scream, writer/director Brandon Bassham’s Slashening pokes fun at slasher film tropes while simultaneously delivering a satisfying take on the genre itself.

Slashening: The Final Beginning is a sequel to 2015’s The Slashening, but this sequel does an excellent job of standing alone from its predecessor.

No worries whatsoever if you haven’t seen the original film. Slashening: The Final Beginning’s story picks up after the (hilariously) tragic suicide of Papa Santangeli of Santangeli’s Pizza. To cope with her father’s death, young Madison Santangeli (Addie Weyrich) joins a support group led by Pat (Pat Foy), returning from the first film after his hysterical near-death experience. Soon after Madison joins, her fellow group members are quickly picked off one by one by a mysterious yet familiar killer in growingly grisly ways.

Could Madison be the killer’s next target?

What I found refreshing about the film is that it is far from your average slasher film. 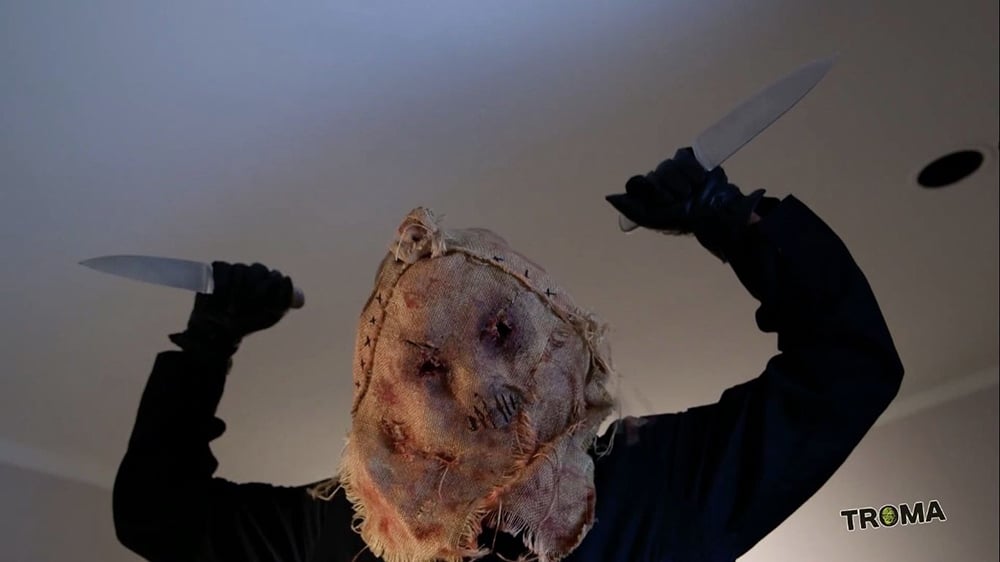 It’s honestly much more of a contemporary satire than a traditional slasher. While the first film was more American Pie meets Halloween, this film is more South Park meets the aforementioned Scream.

Slashening: The Final Beginning is a laugh-out-loud hilarious film with ingenious mockery from start to finish. Just about every character is an insufferable asshole, and that is precisely Slashening’s point. The film really plays up the slasher film trope where audiences want to root for the killer in that aspect.

Aside from the relentless and unmerciful satire, Slashening also provides a nice commentary on the working class and how they should be better represented in cinema.

For serious slasher film fans watching though, there are a couple of truly creative, fun, and memorable kills for even the most seasoned slasher fanatics to appreciate. Stick around until the end for a gratifying final girl sequence that more than likely required gallons of fake blood.  Merritt Evelyn Christensen deserves a great deal of praise for her special effects work in this film.

I’d also like to mention that there are some pretty creative cinematographic techniques used in certain sequences that I really enjoyed. (Dean Cundey would be proud of Slashening’s cinematographer, Erin Ryan.)

If you’re a Troma fan and/or a fan of the first film, Slashening: The Final Beginning is right up your alley, and you know what to expect from the sick and twisted creative geniuses at Troma. 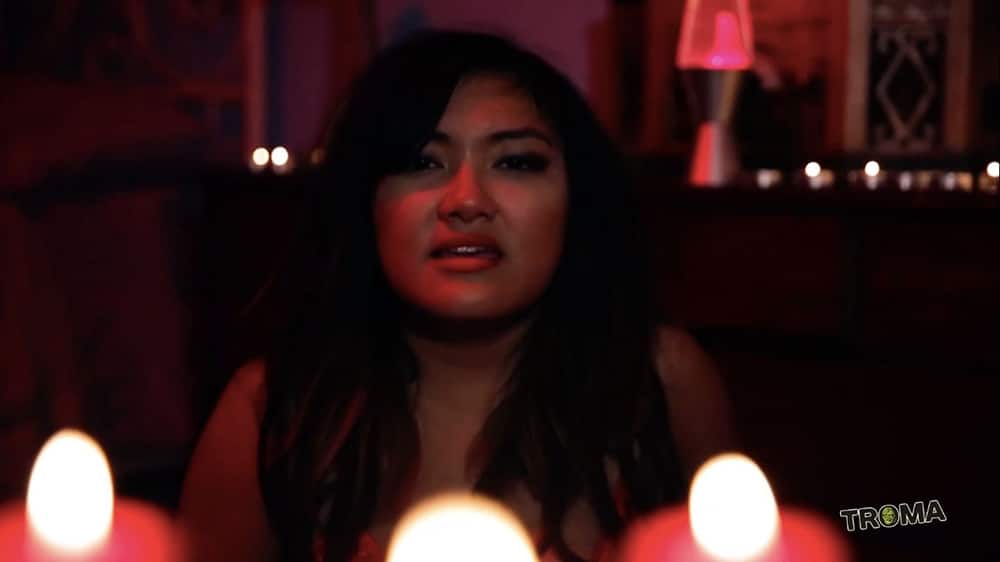 If you’re more of a classic slasher fan, still give this film a go because it is unquestionably not a run-of-the-mill experience.

Slashening offers up enough fun and exciting twists to keep the tired slasher formula interesting. When it’s safe to do so, invite a few friends over and throw this one on. It’s a quick and light film packed with belly laughs and brutal kills.

What’s not to love about that?

Slashening: The Final Beginning is premiering on Laemmle Virtual Cinema on Friday, April 30th. The 3-day watch period will begin at 3:00am PST. There will also be a special LIVE Q&A with the Cast and Crew on Troma’s Youtube and Facebook at 7:00PM PST & 10:00 PM EST. You can watch 2015’s The Slashening now on Troma Now (Troma’s streaming service).