“CAM” is a smart, sexy meditation on the nature of identity in the digital age — a film that thrills, excites, and makes you think. 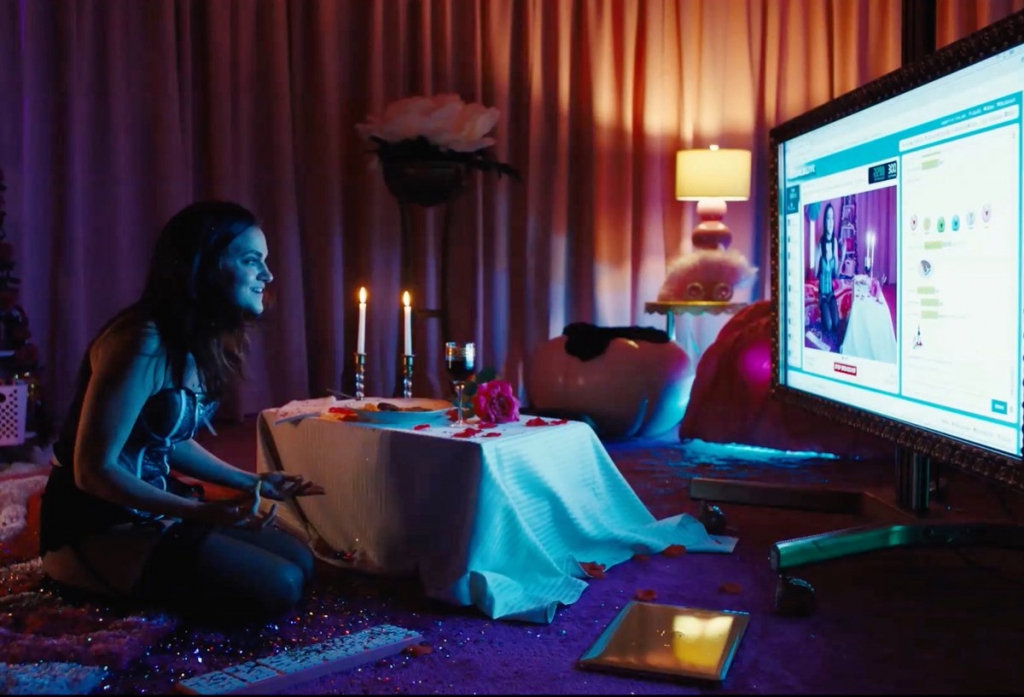 We all have a presence online. It looks like us. It likes the same things. It speaks in our voice, and it finds the same things funny. But we are not who we are online. We filter photos, we delete posts, we block people we know and we erase our past. Our online presence is funnier, smarter, more attractive than our real selves. CAM wonders what would happen if that presence separated from us? What if it talked to our friends, revealed our secrets, performed our jobs? What if it took over?

Set in the world of online sex workers, I expected CAM to be your run of the mill techno thriller. Real blood-on-the-boobs stuff. But CAM is a smart, empathetic, timely piece of horror that honors its final girl.

Like its hero, CAM knows what we expect, and gives us more than that. It gives us what we didn’t know we needed. 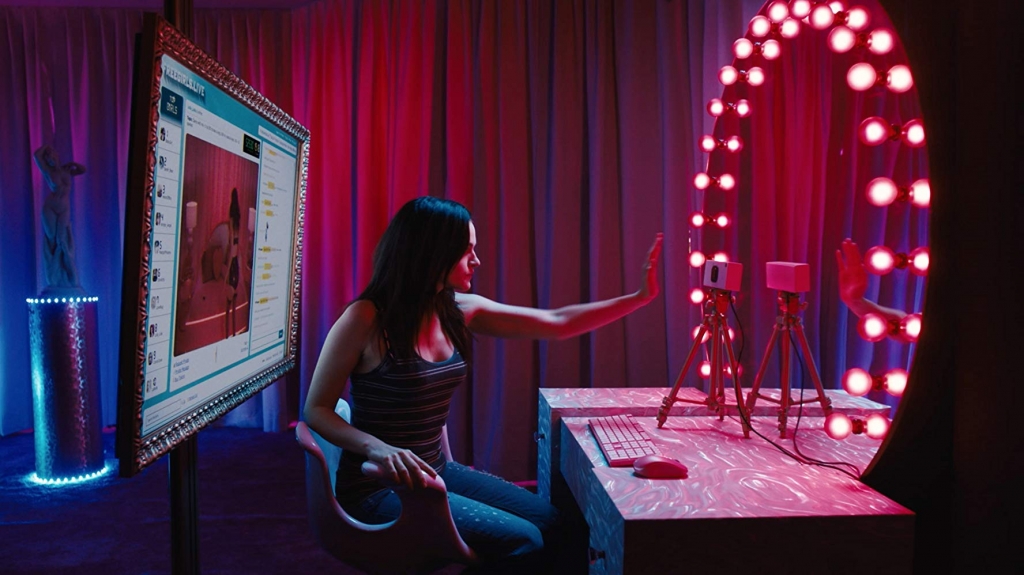 Alice, played flawlessly by Madeline Brewer (Black Mirror, The Handmaid’s Tale) is a cam girl, an erotic performer who streams live video for a host of drooling viewers.  Alice, as the vivacious, flirty Lola, longs to break the top 50 of her web-hosting site. Unlike many portrayals of sex work, Alice enjoys performing. Be it for her host of fans in the chat room or one-on-one with those who pay a little more. Our first scene with her is an extended performance in which she expertly manipulates her audience into rooting for her own (faked) suicide. She anticipates what her audience will want before they know they want it.

For Alice, being Lola is her professional personality, no different than a waitress smiling at a customer. But she’s also clearly addicted to her online persona. As Alice shops for props and gets her hair done, her face is washed out, pale and dead-eyed in florescent lighting. Lola’s world is lush with hot pinks and velvety blacks, neon lights and pops of orange. 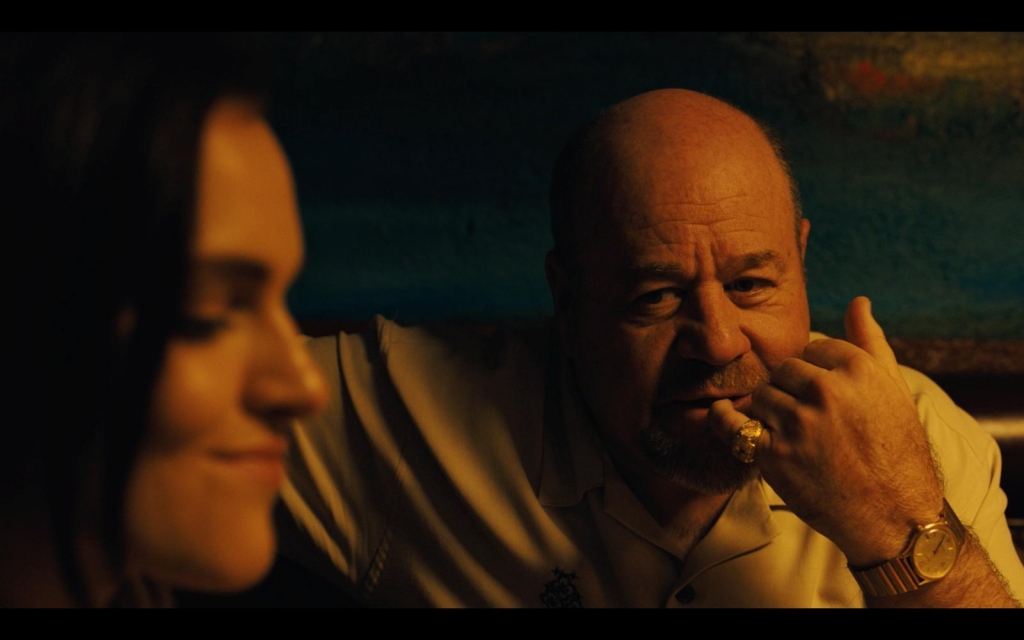 Brewer plays with many levels of subtlety in her performance as Alice-as-Lola.  Tinker, played to pathetic perfection by Patch Darragh, thinks he’s getting the real girl when Lola gushes to him at the success of a recent show, a show Tinker had a hand in bringing about. But while Lola is charming Tinker, the real Alice is behind the scenes, always searching for a higher rating, a bigger score. She teases parts of her “real life” like a stripper removing articles of clothing. But the details of her real life — her family, her bedroom, her hometown — those are strictly off limits.

All that changes when Alice wakes up one morning to find her alter ego performing without her. Someone — or something — with Alice’s face and voice is streaming live, and her viewers don’t know the difference. What follows is Alice’s search to discover what is happening to her and to get her life back. I won’t spoil the ending. Trust that, true to her character, Alice must rely on her own ingenuity and willingness to push her own limits to finally gain the upper hand. 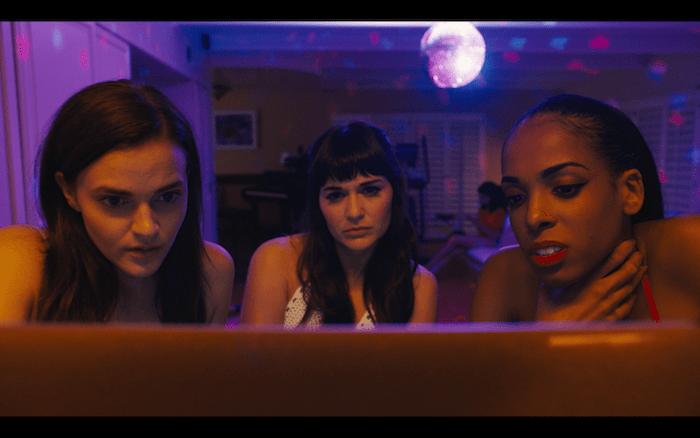 Doppelgangers have been a presence in storytelling since before there was a word for them. Some dark double of ourselves who changes our lives, usually for the worse, by being better versions of us.

Writers Isa Mazzei and Daniel Goldhaber brilliantly combine this trope with the construction of the online presence. Doppelganger Lola climbs the ranks of the website’s leader board as she reveals more and more of Alice’s private life, showing her bedroom, pictures of her brother, giving her address to dangerous clients. This Lola has no qualms about privacy. This Lola has no inner life.  Unlike Alice, this Lola can work 24 hours a day. 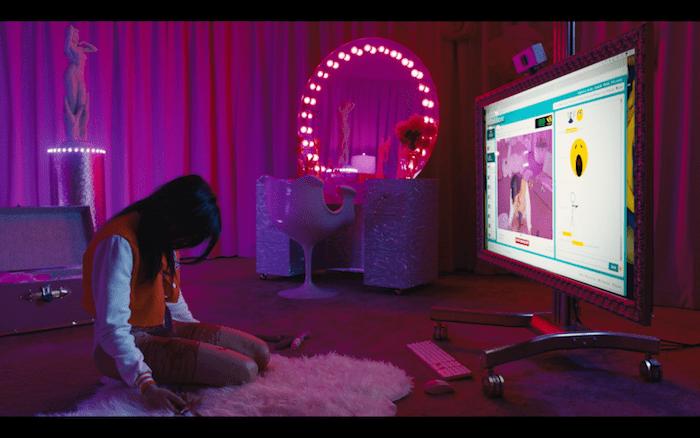 Mazzei and Goldhaber confront the realities of FOMO (Fear of Missing Out) and the gig economy while twisting the nightmare of identity theft into something far worse.

Cam is available on Netflix streaming and was screened at the Berlin Final Girls Film Festival on February 1st, 2019, as part of the festival’s commitment to showcase influential horror cinema directed, written, or produced by women.