When watching Andrew C. Erin’s horror-thriller Havenhurst, one can’t help but be reminded of the infamous “Bramford” building in Roman Polanski’s satanic tale Rosemary’s Baby (1968), along with any other film that features a creepy brownstone, lurid apartment, or Gothic dwelling as its setting. The idea that the mysterious abode might contain hidden rooms, dark basements, or symbols of evil is certainly not new. 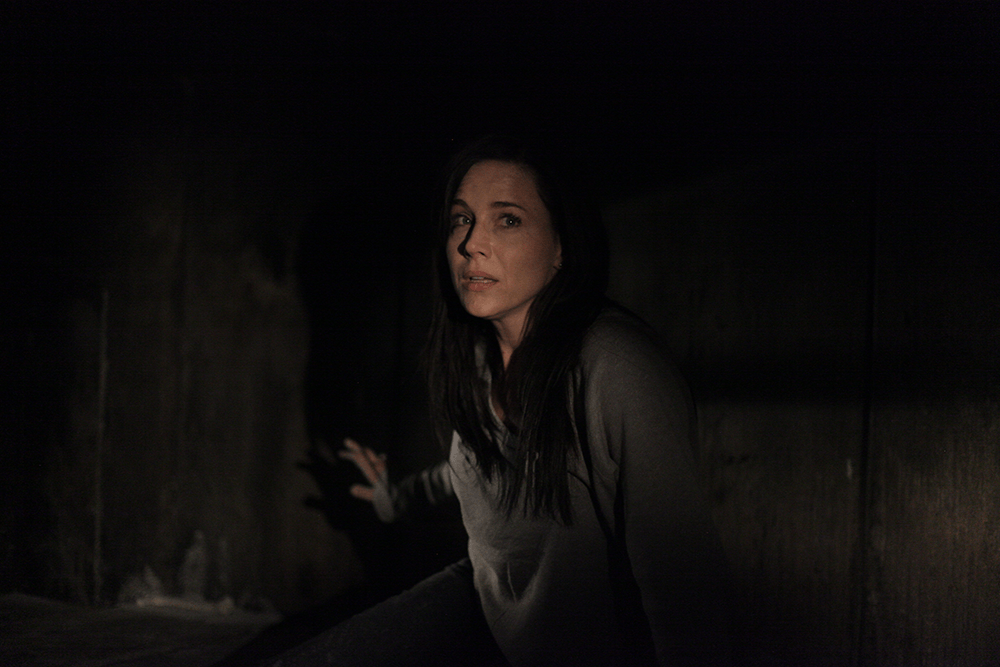 So while there are aspects to ‘Havenhurst’ that will seem familiar to audiences, the film, which stars Julie Benz and Fionnula Flanagan, still manages to bring something new to the horror genre.  The titular setting and repetitive jump-scares might get tedious, but the picture has a dark story to weave, and the strong performances hold the lean narrative afloat. 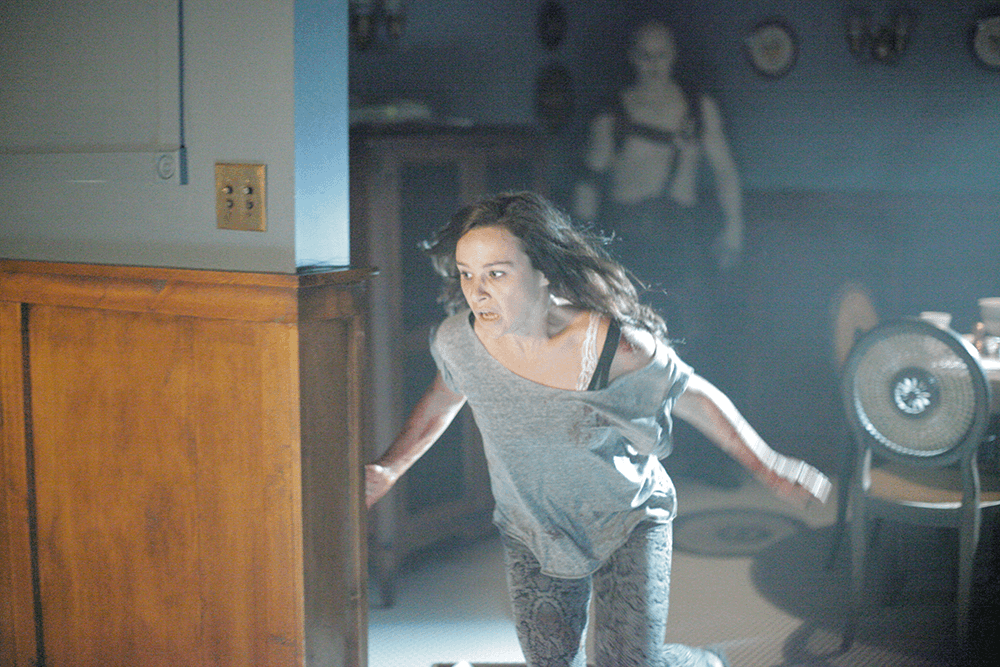 After a frightening opening scene that features a young woman (played by horror-icon Danielle Harris) meeting her ghastly demise within the confines of an apartment building, Havenhurst turns its attention to Jackie (Benz), a softspoken and recovering alcoholic fresh out of rehab. Jackie takes an apartment inside the Havenhurst building so that she can determine what happened to her friend who mysteriously (and gruesomely) died there.

In an interesting twist, Havenhurst functions as a rehabilitation center of its own; the apartment building and its seemingly helpful landlord Eleanor Mudgett (Flanagan) cater to those people who are down on their luck—former addicts, prostitutes, and the like—and who need a place to heal and rediscover their purpose in life. All of the residents of the building, including Jackie, have sinister addictions of their own, and each one is revealed as the film goes on. 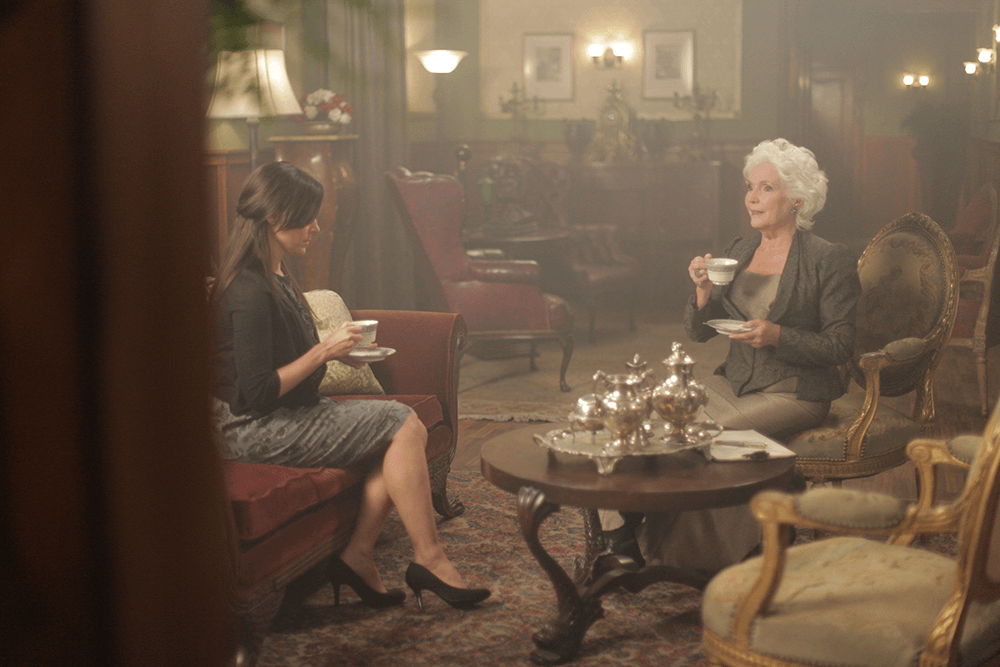 If the surname Mudgett resonates with you, then you already know that the landlord herself will occupy a terrifying and murderous position among this bizarre household, making Jackie’s discoveries within the monstrous building all the more horrific.

Haunted by mightmares and from a tragic mistake she made in her past, Jackie begins to unlock the strange secrets of Havenhurst. A gruff police detective (Josh Stamberg) contributes in fairly generic ways to Jackie’s search, but a troubled foster child named Sarah (Belle Shouse) adds a dynamic urgency to the plot and gives Jackie an opportunity to recover from the emotional wounds of her past. 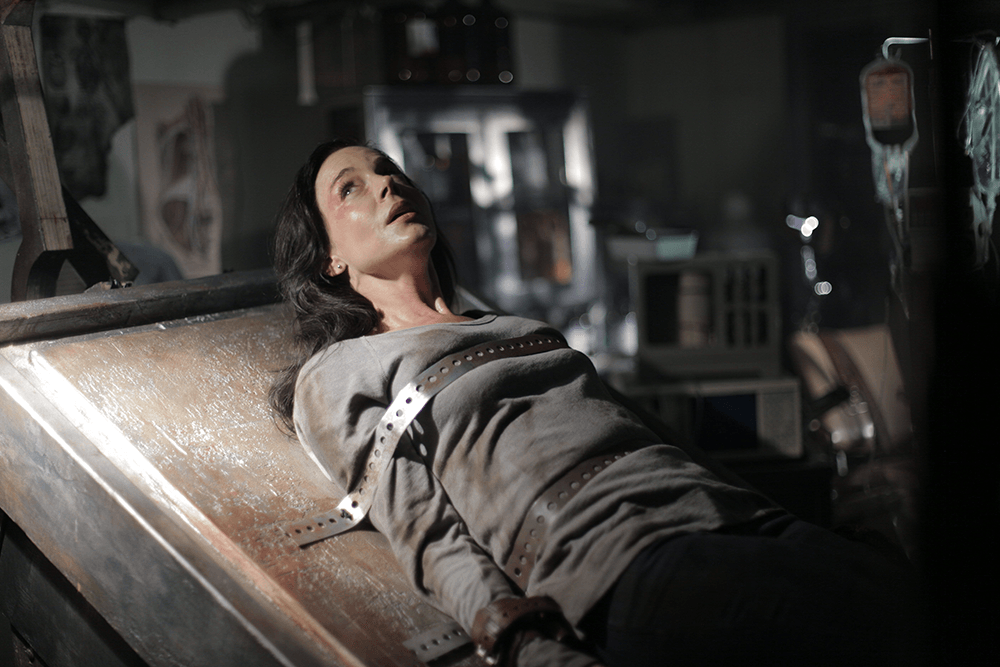 While all of the actors (especially Benz and Shouse) help to make the premise of Havenhurst intriguing, Fionnula Flanagan’s performance chills the bone. At once matronly and wicked, Eleanor Mudgett welcomes new guests to Havenhurst just as easily as she would see them taken out. Add to this frightening mix a monstrous and shadowy figure known as Jed (Douglas Tait), and the historical aspects of Havenhurst and the disturbed family who rules the property begin to take on greater significance.

With many spooky moments and a few genuine scares, Andrew C. Erin’s Havenhurst is a solid picture that boasts a grand setting, blood-drenched kills, and characters with painful inner conflicts that seem all too real. The film is not overlong, and cinematographer Thomas Hencz has a keen eye for both the somber setting and the action sequences. The script, penned by Erin and Daniel Farrands, moves at a fast clip, the dialogue is sharp, and the underlying themes of loss, addiction, and recovery should strike a chord with most audiences.

Havenhurst appears to be set for a limited release on February 10th, 2017, so be sure to check your local listings and track the film down.

Want a second opinion? Check out our alternate review for this film here.