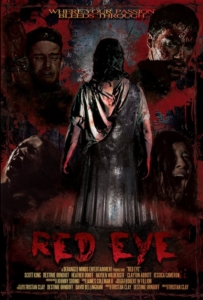 Red Eye is the debut feature film from Deranged Minds Entertainment, made up of filmmaking duo Tristan Clay and Destinie Orndoff. It tells the story of a group of friends who set out into the backwoods of West Virginia to document a local legend known as ‘Red Eye’. But when their lives are put in severe danger, they realize they have taken on more than they can handle.

Right off the bat, I noticed how good the film looked. The deep, bright colors and crisp, rich image were beautiful to look at. Major kudos to Cinematographer Robert Filion for capturing both the beauty of the location and the brutality of the story. 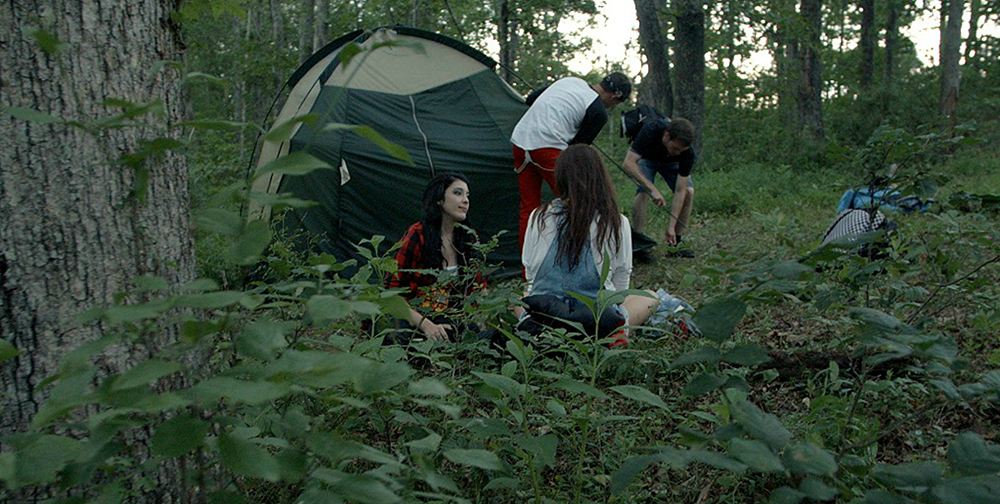 I also loved the camera movement in the opening scene and throughout the film that captured the actions of characters in a few sweeping takes instead of constant cuts. It offered a nice sense of closeness between the characters and a feeling of events happening in real time that I thought worked wonderfully with the story. On the same note, the aerial shots were fantastic and offered the viewer a solid understanding of the remoteness of the location these characters were heading into.

There’s a lot of old school slasher goodness going on in Red Eye: A lot of blood and a lot of screaming and running through the woods.

There’s also a few cringe worthy scenes that are almost unwatchable. No spoilers here, you’ll have to find out what those are on your own. With very cool and different death scenes, gore fans and slasher fans should find themselves more than happy with Red Eye.

The cast does a solid job as a whole, and Heather Dorff continues to impress me. She was great in Truth or Dare and does fantastic work here; she’s an all around damn good actress. Scott King as Gage does a lot with his role in an effective and smart subtle performance, and Destinie Orndoff shows her strong screen presence and even stronger pipes; that girl can scream!

The one criticism of Red Eye is the dialogue is uneven at best. The opening scene, for example, is stiff sounding and awkward at times. The follow up scene in the car, however, comes across as more natural, spontaneous and playful. Another dialogue issue comes whenever a character has a “moment”, or a scene that creates a back story. I appreciate character development and while the back stories do play a part in the story, there’s a lot of lengthy exposition explaining them that I felt could have been heavily edited.

There are many references to classic horror movies that are fun to hear and often cleverly placed. Destinie Orndoff’s character, Rykyr, addresses being an outcast in school because of her love for these classic horror films and for her alternative appearance. Although these proclamations are a little too on the nose and sound a bit more preachy than I’m sure the writers intended, they serve as an extended hand to all misfits welcoming them into the world of Deranged Minds Entertainment.

Even their short film Used reaches out to a group of misfits as if to say, “It’s ok, you’re not alone.” Whether intentional or not, Tristan Clay and Destinie Orndoff are building a community through their films, and it’s a fascinating development to watch.

As young filmmakers, Clay and Orndoff are ahead of the curve.

They know how to craft a story with character development and set up story lines that lead to pay offs later on. They also know their horror. If Red Eye is any indication, it’ll be exciting to watch what Deranged Minds Entertainment produces next.