40 Years of The Force: A Star Wars Retrospective

A LONG TIME AGO IN A GALAXY FAR, FAR AWAY…

And so began a saga that has spanned 4 decades — creating an empire of sequels, prequels, spin-offs, cartoons, and merchandise —becoming a major influence on pop culture and leaving a lasting legacy. 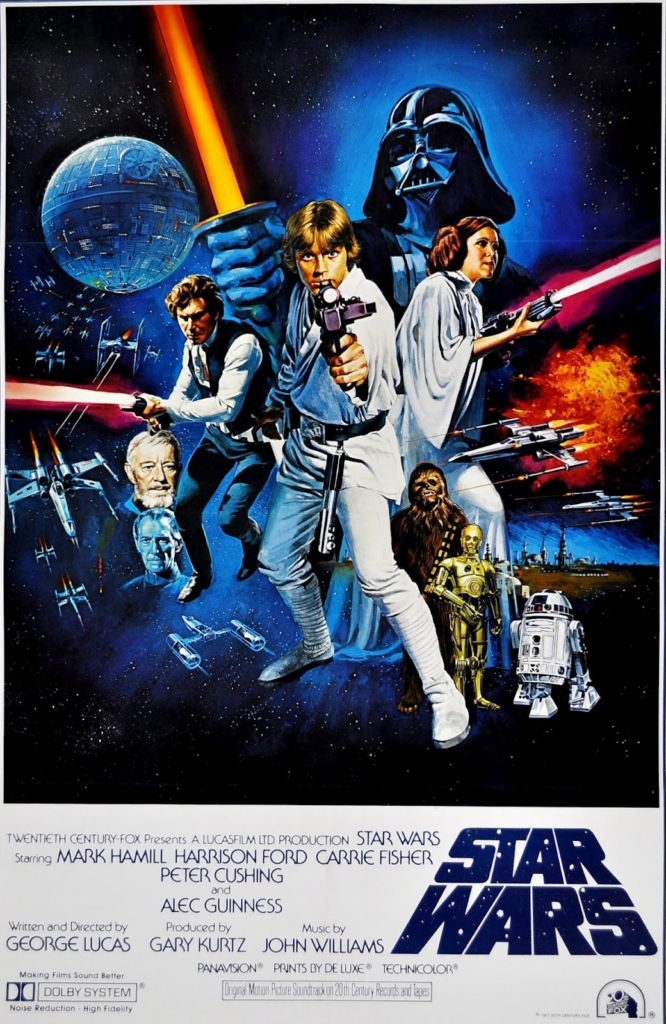 When STAR WARS was first released 40 years ago, no one was expecting the cultural and personal impact the film would go on to have with the world. It all started from an idea that George Lucas had to recreate the sci-fi serials of his youth. Lucas was a big fan of the FLASH GORDON serials from the 50s and missed the experience of going to the movies every Saturday afternoon. After the success of AMERICAN GRAFFITI, Lucas began writing the script of what would ultimately become STAR WARS. 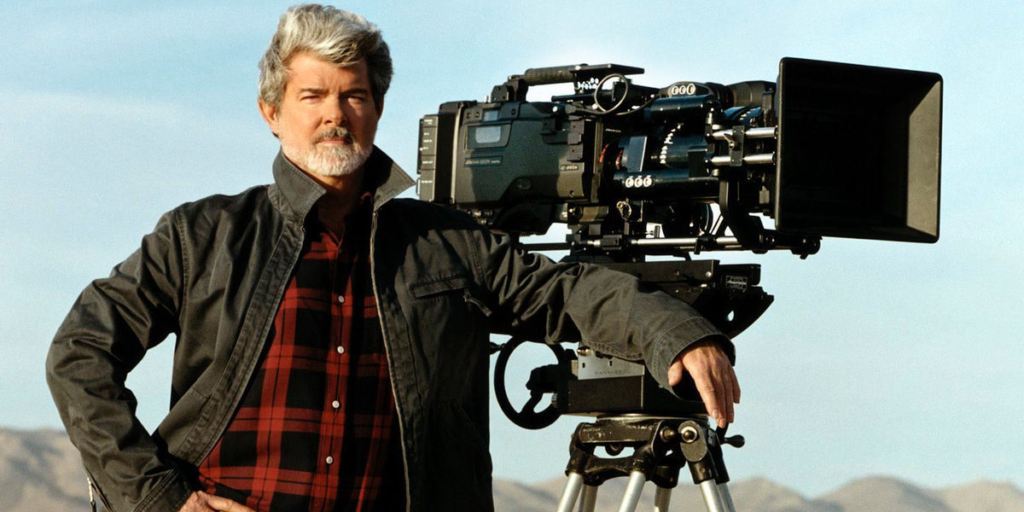 A lot of fans know by now that the script changed drastically from paper to final cut. Anakin Starkiller (as he was known) was the main character, and Mace Windu was in this script as well. The name Starkiller was ditched after friends read an early draft and said that the hero’s last name should be changed, as it made him sound like a villain. After reworking the script, Anakin Starkiller became Luke Skywalker, Mace Windu became Ben “Obi Wan” Kenobi, and the rest of the script started flowing through to the paper.

Lucas bought the script to 20th Century Fox. To say they were not enthused for a film about space wizards, laser swords, droids, an 8 foot walking shag carpet and a villain who sounds asthmatic was a huge understatement. Somehow, Lucas convinced Fox to distribute the film. Fox had such little faith in the film, they actually gave Lucas all the merchandising rights. They also decided to release the film in the Summer. Back then, the Summer Movie Season wasn’t the event it is now. Fox dumped it in the Summer figuring they could recoup the losses during the Christmas season with their other film releases. 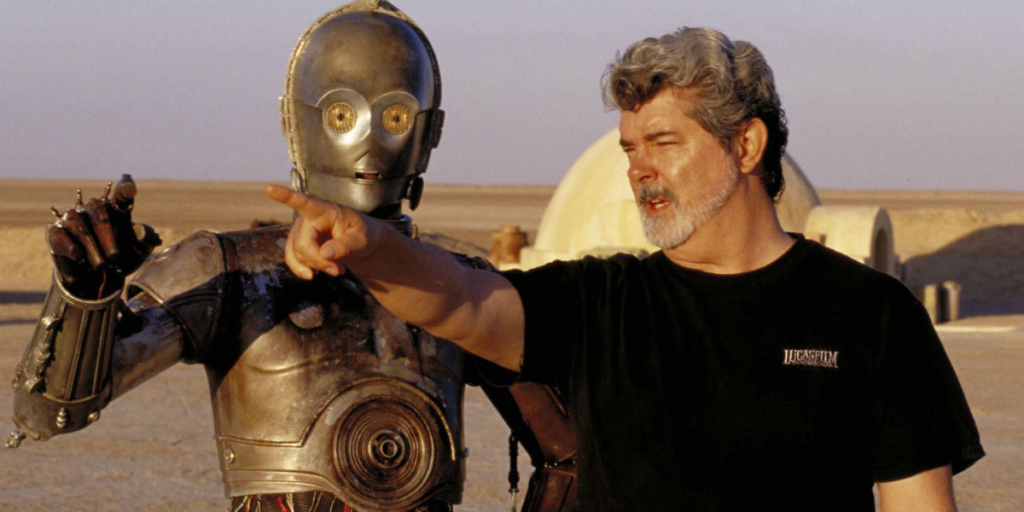 Lucas showed the finished film to his director friends. They all told him it was a flop and they “had a bad feeling about this.” All except for one. Steven Spielberg was the only one that told Lucas that he had a hit on his hands.

May 25th, 1977, after months of trailers showing just enough of the plot (a ploy that still continues to this day), people lined up for hours to see the “Space Opera”. They were not disappointed! Audiences were in awe of the opening crawl, space battles, heroes, villains, aliens, lightsabers, Chewbacca and The Force. The film’s stars, Mark Hamill, Carrie Fisher, and Harrison Ford, all become stars seemingly overnight. 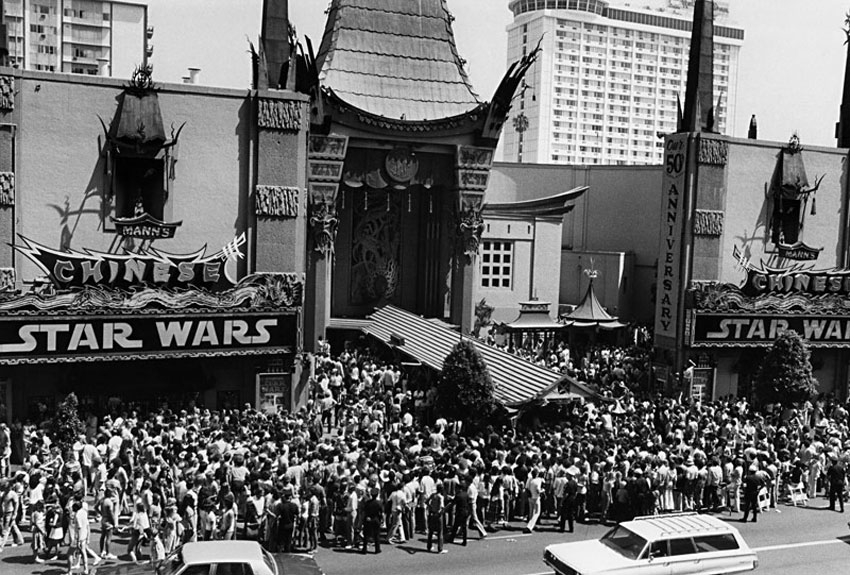 STAR WARS opened to huge numbers, and I’m sure the execs at Fox were really irked they signed over the merchandising rights, especially since everyone was approaching Lucas about toys, clothes, etc.

People were going to see the film 5,6,7 times or more. STAR WARS broke box office records and was even nominated for Best Picture at the Academy Awards. Toys and other film merchandise became must have gifts during the Holiday season. As for that other film Fox was banking on to recoup the losses on the sure fire flop of STAR WARS, it did a decent amount of money at the box office. But STAR WARS was without a doubt the biggest money maker for the company. It was the highest grossing film until Spielberg’s E.T. THE EXTRA TERRESTRIAL dethroned it in 1982. 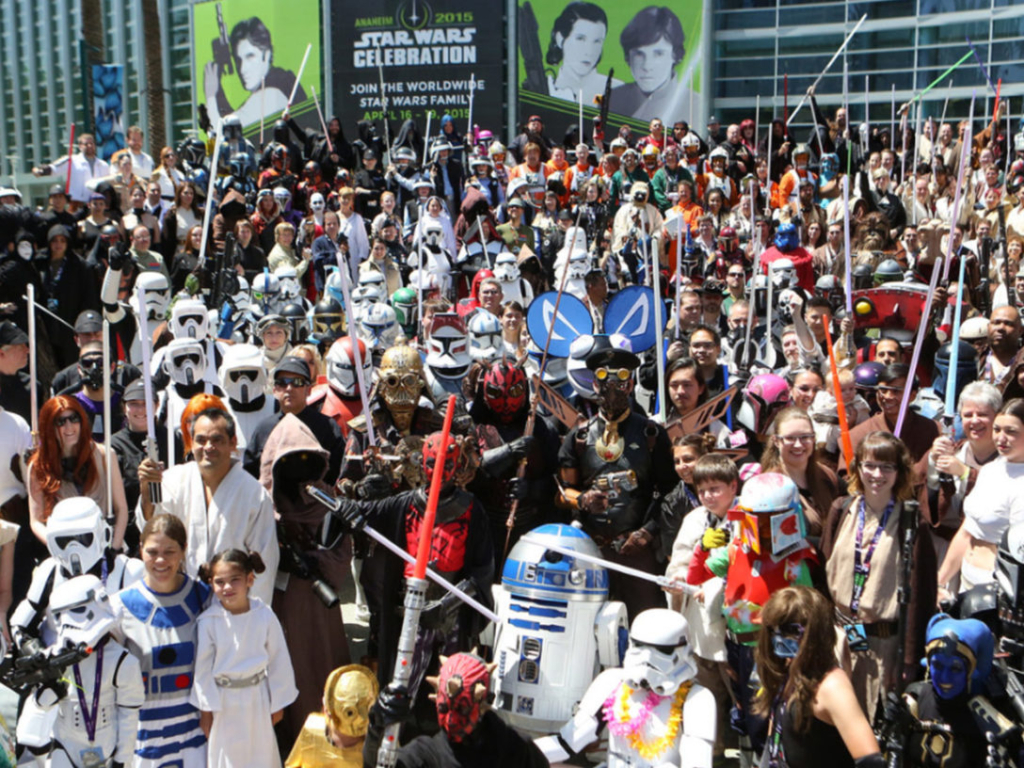 40 years later…and The Force is still strong with STAR WARS. It’s the movie that became a pop culture phenomenon. To this day, it’s still extremely relevant and influential. Need proof? When you go to the supermarket or Walmart, I know you wave your hand in front of the automatic doors like a Jedi. When you push the button on your umbrella and it goes up, I know you make the lightsaber sound effects with your mouth. You do the same thing when having a “sword fight” with a friend. When you get one over on someone, you always say you used Jedi Mind Tricks. You may even find yourself buying an iPhone at the electronics store…because they didn’t have the Droids you were looking for. 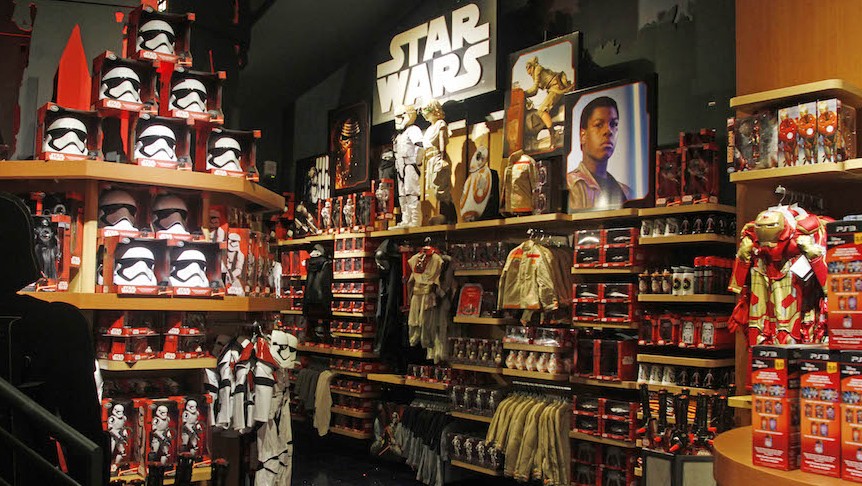 While Disney is now in control of the action, the franchise is showing no signs of slowing down as the next chapter in the saga, THE LAST JEDI, will be released this Christmas. The merchandising is at an all time high, especially with Funko releasing special edition Pop figures from the franchise all the time. Box office records are still being broken, with Fandango crashing during pre-sales for movie tickets. The trailers are the most viewed on YouTube and shared more on all social media platforms than any other film franchise — even more than the popular releases from Marvel Studios. No other fan base is quite as rabid. 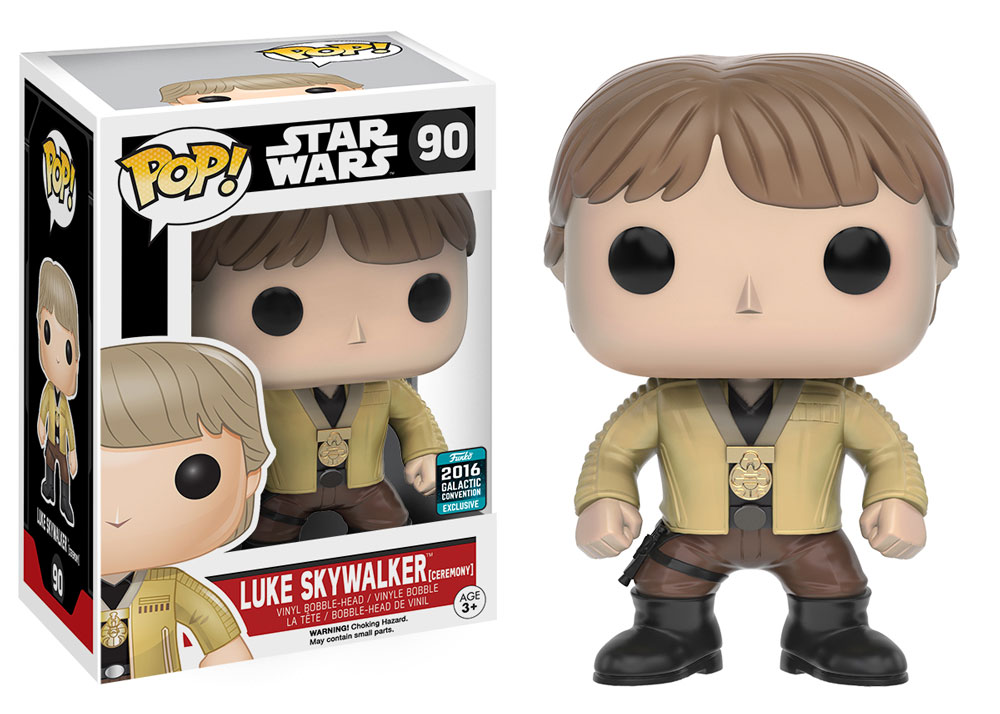 What started as just one man’s dream of bringing an epic space opera to the silver screen morphed into a phenomenon that will be passed along from generation to generation.

In the immortal words of Obi Wan Kenobi…”THE FORCE WILL BE WITH YOU…ALWAYS.”