Stranger Things Are Definitely Going On!

“Stranger Things” starring Beetlejuice alum Winona Ryder was welcomed to Netflix, with fans flocking to it in droves nearly immediately.

The Netflix series, described as a “love letter to the supernatural classics of the ’80s”, follows the story of a young boy who vanishes into thin air. As friends, family and local police search for answers, they are drawn into an extraordinary mystery involving top-secret government experiments, terrifying supernatural forces and one very strange little girl. The hit show stars Winona Ryder, David Harbour (The Green Hornet), Natalia Dyer (Hannah Montana: The Movie), Charlie Heaton (Shut In), Matthew Modine (The Dark Knight Rises) and Joe Keery (Chicago Fire).

The success of the first season has me and many others wondering if there would be a season 2. 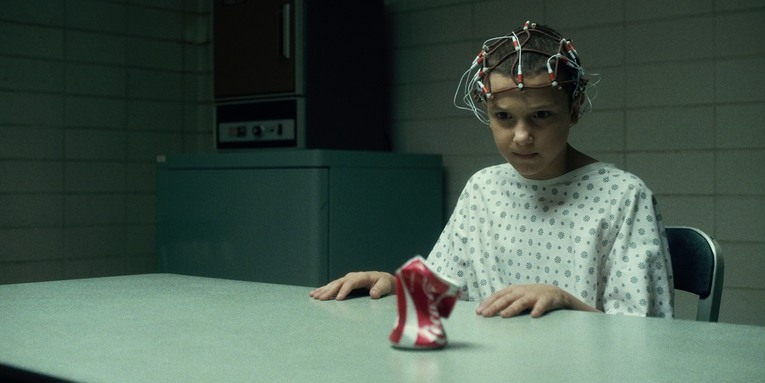 Well, here is your answer.

Matt Duffer (co-writer/director) tells IGN, “Now, we don’t answer all the questions by the end of the season – there are definitely some dangling threads. The hope is that it feels satisfying but that we left room and that if people respond to it we can go back into this world. But if we do get to go back, it’s not a second season as much as a sequel.”

For me, however, that doesn’t really scratch the itch I was trying to scratch for season 2 news. So… Matt’s brother/co-writer/director Ross Duffer and executive producer Shawn Levy then made things a bit more clear during a Variety interview.

“There’s a lot there we don’t know or understand. Even with the Upside Down, we have a 30-page document that is pretty intricate in terms of what it all means, and where this monster actually came from, and why aren’t there more monsters — we have all this stuff that we just didn’t have time for, or we didn’t feel like we needed to get into in season one, because of the main tension of Will. We have that whole other world that we haven’t fully explored in this season, and that was very purposeful.”

Ross goes on to explain, “We leave these dangling threads at the end. If people respond to this show and we get to continue this story — we had those initial discussions of where we might go with it. If there was going to be a season two, we would reveal more of that 30 page document, but we’d still want to keep it from the point of view of our original characters.” Now that’s exciting! But will we see a season 2? That has yet to be confirmed, but it seems pretty clear that fans can look forward to a continuation of the story. Executive producer Shawn Levy seems pretty confident that we’ll get a confirmation soon and can hopefully expect future seasons as well.

“We definitely are hopeful to go several more seasons, ” says Levy. “And the plan is to continue with this set of characters while introducing a few critical key new ones next season. So I’ll just say that a lot of the big mysteries get answered at the end of Season 1, but we are very much kind of unearthing new problems and questions that merit future stories and future investigation in the most enjoyable way. So we are in love with our cast and our characters.

“Things end up being resolved to some extent at the end of Season 1, but not entirely. And that’s why we’re so hopeful we get another few seasons to live with these people a little longer,” explains Levy.

As we await the announcement on this critically acclaimed series’ second season, let’s now delve into two related topics: The upcoming official soundtrack release and the series of pranks the “Stranger Things” rep pulled on the cast and fans.

The soundtrack was announced via Facebook earlier this month, and it will feature the series original score. No release date as been confirmed as of yet, but it’s said to be coming soon.

The series of pranks on the cast and crew got kinda well… kinda corny. The pranks consist of botched interviews with the cast, crew and premiere guest as “Stranger Things” began to happen. And, well, why don’t you see them for yourself…