Horror-on-Sea: A Stranger Among the Living

“A Stranger Among the Living” is a spooky, character-driven mix of current events, “Night of the Living Dead”, and “Invasion of the Body Snatchers”. 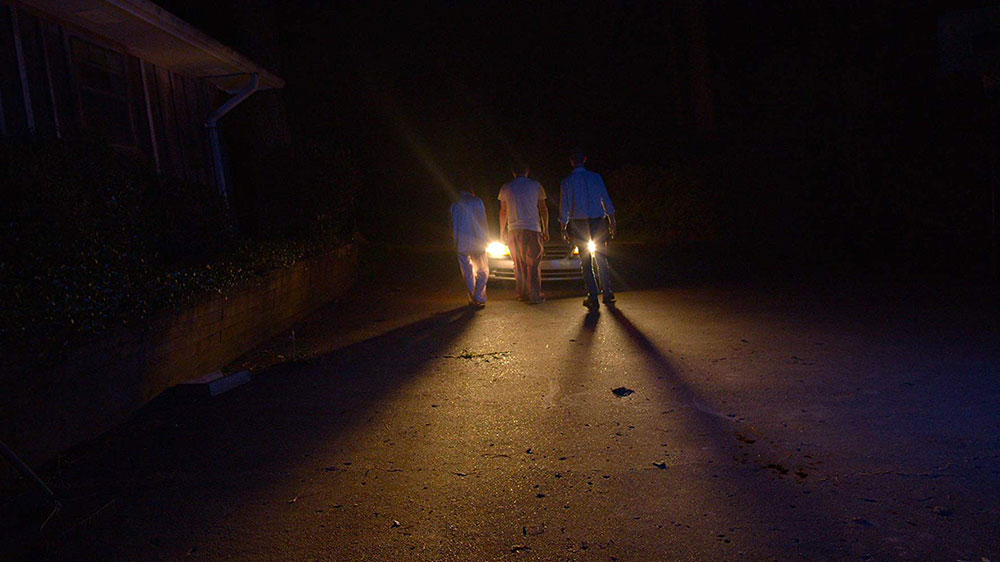 Ghosts don’t just haunt places, they also haunt people. That’s the situation for Henry, a teacher who is concerned about the intentions of a student and the risk he poses to other kids in the school. When the principal dismisses the student’s troubling words as nothing serious, Henry doesn’t feel good about it but lets it go. But when a shooting takes place and Henry narrowly escapes the onslaught, the ghosts of the victims make their disdain for his silence known, letting him know he shouldn’t be alive.

The premise is a compelling one, and the film presents it in a gripping way, hooking the viewer from the Twilight Zone-like opening sequence.

It opens with Henry riding in a car on a dark night along with his fellow teachers. When they stop for gas, Henry is approached by the ghost of a hysterical woman, a scene that is jumpy and unsettling.

This is where A Stranger Among the Living succeeds the most, during these moments fueled by imagery and atmosphere. 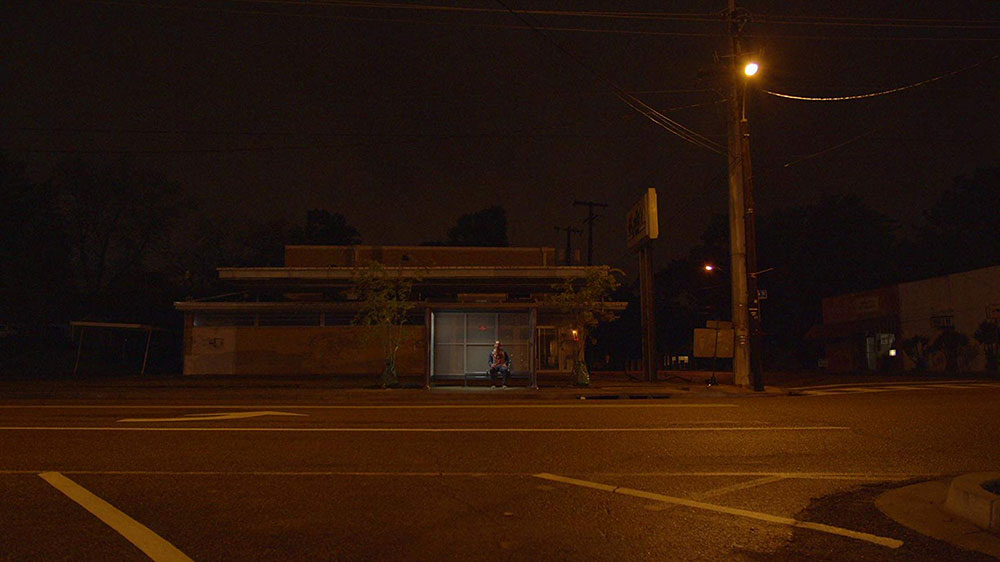 Writer and director Chris Moore knows where to place the camera to create effectively creepy moments, and there are a number of them in this film. When the slow burn of A Stranger Among the Living hits its desired ominous effect, it nails it, demonstrating the visual know how Moore possesses when creating these types of stories.

The scene of the school shooting is extremely well shot, conveying the actions of the shooter in a startling and memorable way. This scene creates such a sense of helplessness that it makes the viewer feel like a ghost themselves: witnessing a situation as a helpless entity, a forlorn spectator, drifting and lost in a moment.

To alleviate the tension, Moore injects humor into the script to keep things punchy. 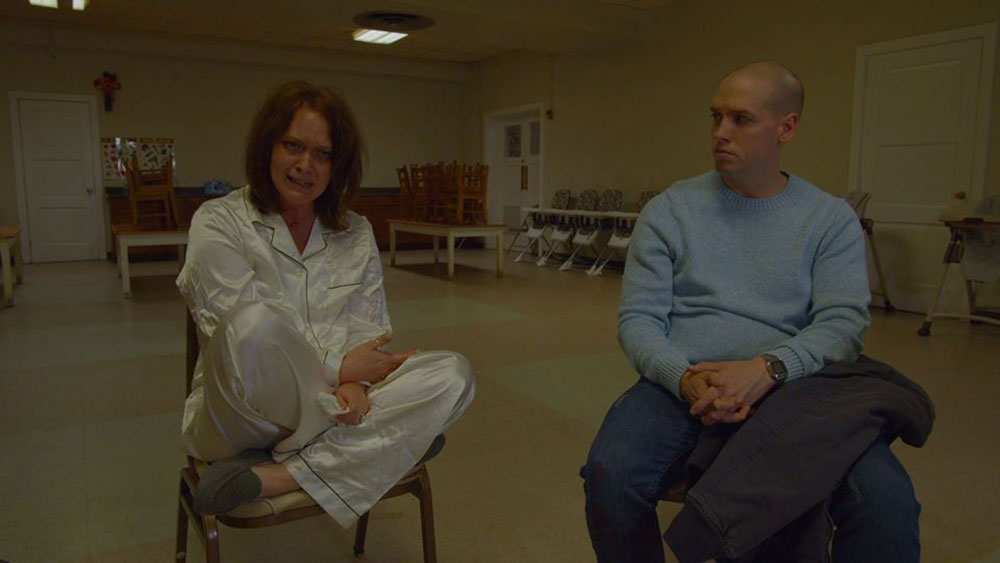 “Was I skinny,” a character asks as Henry tells her about the troubling dream he had the night before (the same dream that opens the film). As he explains the details and concern he has about his dream, she responds, “Are you sure I wasn’t skinny?” This playful dialogue and character interaction is peppered throughout the script. Moore himself is also very funny and charismatic as Jarvis, a character who adds a lot of fun to the film.

While the overall story remains intriguing, it does slow down a bit in the second act to make way for character development of Henry. This deeper look at the struggles Henry faces and the complex relationship with his mother is admirable, as is the deeper look into the life of Jarvis, but it can’t live up to the idea of someone being followed by ghosts. When the hook of the story takes a back seat to a more human drama aspect of the film, it can’t help but feel a little underwhelming.

The performances remain strong and the character development is well done. It’s just the eerie moments and atmosphere are so well done, they are missed when not on screen for an extended amount of time. That said, the script does get back to the good stuff, and patient viewers will be rewarded with an intriguing final act.

A Stranger Among the Living is another good looking and well produced film from filmmaker Chris Moore after Blessed Are the Children (2016) and Triggered (2019). 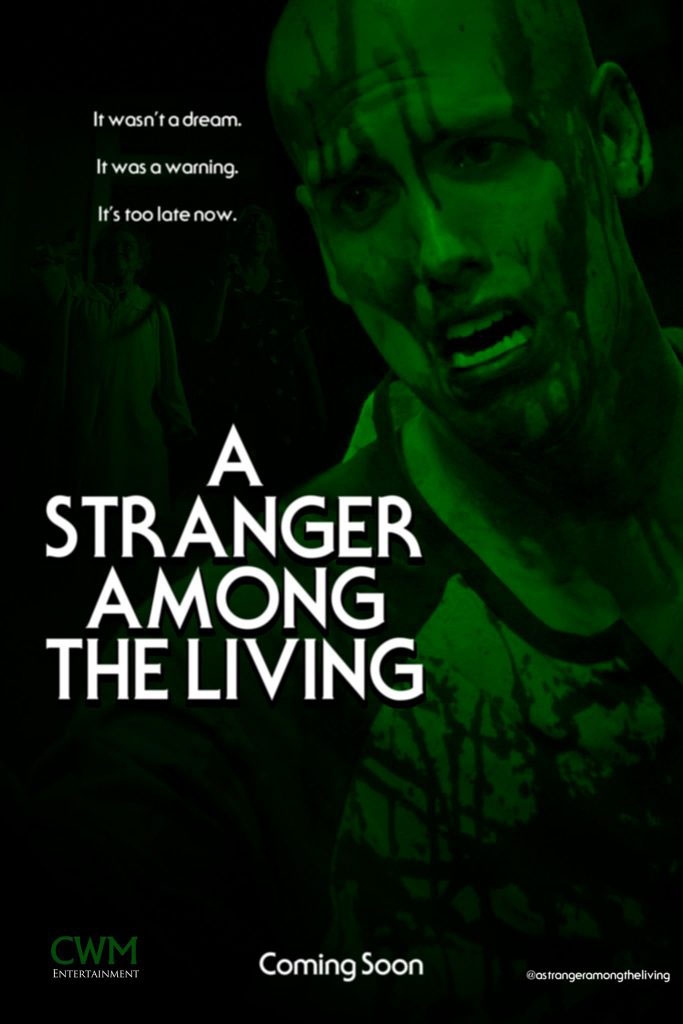 He knows how to establish tone and atmosphere just as well as he can establish lively characters to flesh out a script. Those two qualities may not always be on screen at the same time, but both are always present, as Moore is a filmmaker who takes great care with telling the stories he wants to tell.

After all, when the biggest complaint about a film is the time spent on character development, you’re not exactly doing something wrong.

A Stranger Among the Living screened at the Horror-on-Sea Film Festival on January 18, 2020.