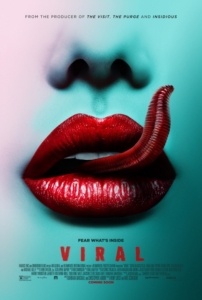 Viral is an infectious (see what I did there?) new movie about two sisters, family drama, a nasty parasite, an epidemic, and young love. No surprise it’s a horror movie, but for me the surprise was that I liked it. There are so many zombie, pandemic and apocalypse shows out now that it was almost impossible for me to believe there could be a different take on the same story. But Viral did a great job with well-used tropes, making it a solid choice for movie night.

Here’s the plot from the press release:

Teenaged sisters Emma (Sophia Black-D’Elia) and Stacey (Analeigh Tipton) live a normal life, until their small suburban neighborhood is stricken with a mysterious parasitic virus. As the disease rapidly spreads throughout the town, the two band together to barricade themselves from infection. But it may already be too late – when the virus enters their home, the sisters are faced with an impossible choice: protect each other, or survive the virus. 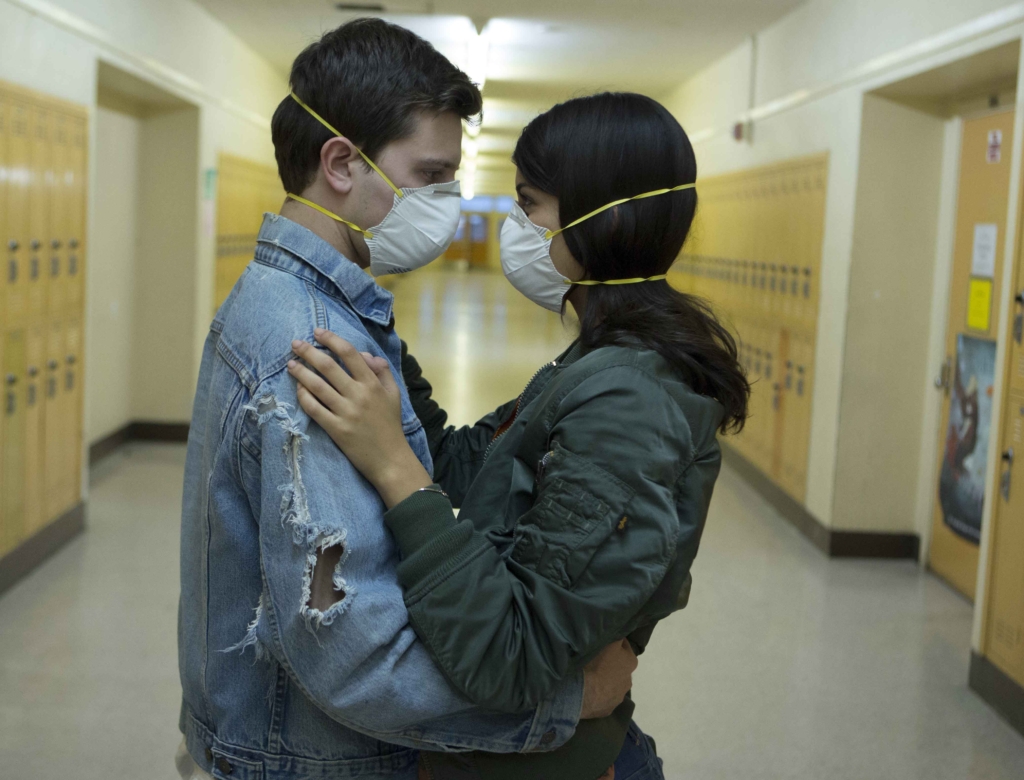 We were impressed with the movie overall. The acting was believable, the pacing was good, the cinematography was nice to look at, the SFX were awesomely yucky, and it was a slightly different version of parasitic virus creatures than I’ve seen. There was also a story to keep us interested. 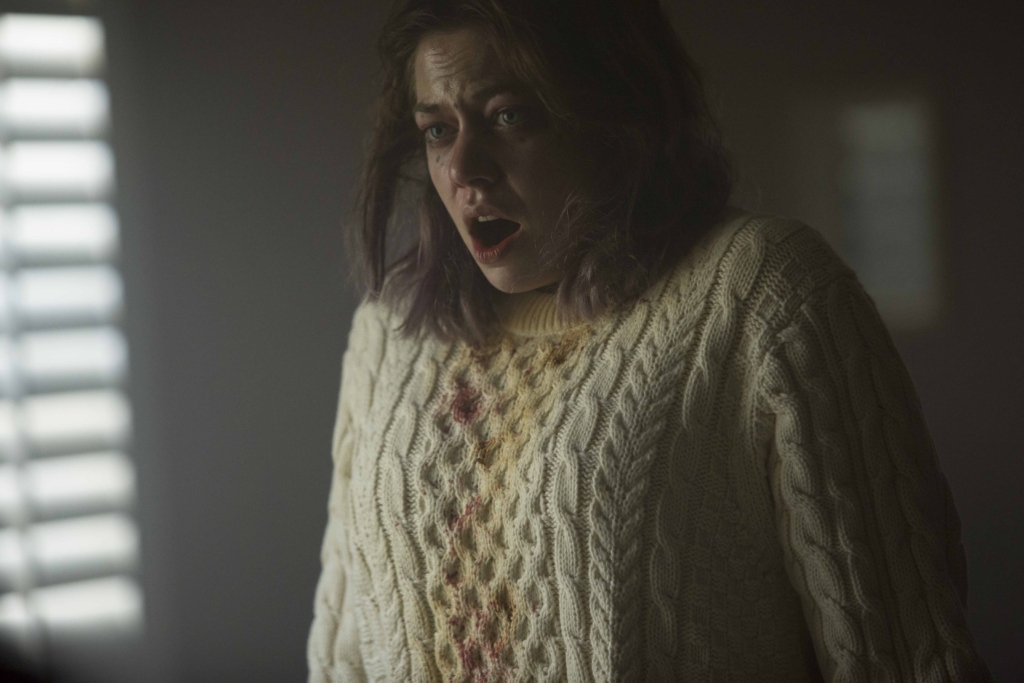 Watching it from the view of a real teenager was interesting. There were a couple of times she stated, “A teenager would never say that.” But her biggest pet peeve were the ages of the actors. Both girls playing teenagers are 24 and 27 years old in real life… and look it. Her question was, “Why not use real teenagers?” In a movie, if you use the appropriate age actors, then teen audiences can relate better to the characters. They use real little kids in movies, but when it comes to teenagers they seem to always use adults. It didn’t take away from the movie for me personally, but I see her point and have wondered that myself.

I don’t want to delve into the plot too much, because it would be too easy to spoil it. It is a zombie movie per say, but not in the giant brain-eating horde sense we are used to. I liked the unique zombie-like creatures that work together in a kind of network and “hear” sort of like bats with a clicking echolocation. There were definitely a few times I said ewww when learning how the worm flu in the movie works. I wish I hadn’t had to yell, “Don’t forget the gun!” a few times (‘cause I know I wouldn’t forget to pick up the gun if something was after me). 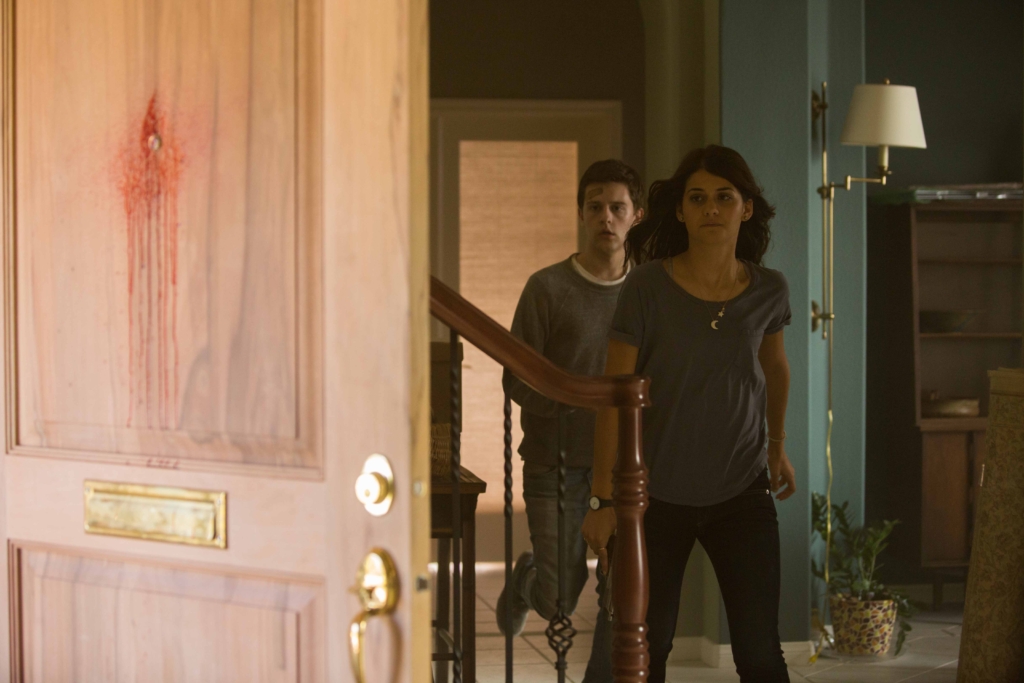 I could have used a bigger, more tragic ending. But that’s just me. I’m never about the Final Girl trope. I want movies to end as realistically and gory if possible. I did like that it was about family, and it was nice to see a girl in a horror movie be smart, if only part of the time. I was glad to see that it didn’t just end tied up in a happy little bow.

So should you see Viral? I liked it and think it was a really good, micro-budget movie. If you want to see it, you will have to get the DVD or check it out On Demand. Viral has apparently skipped doing a big screen release and will be released on Digital HD July 29th and DVD and On Demand August 2nd, 2016. (I had seen it advertised for theaters back in January.)

The movie has some good people behind it. Viral is backed by Blumhouse Productions (The Visit, The Purge, Insidious) and is directed by Henry Joost and Ariel Schulman (Nerve, Paranormal 3 & 4).