Fans of body horror should enjoy this very effective and gruesome short about the pain of divorce — and the deep wounds it leaves behind. 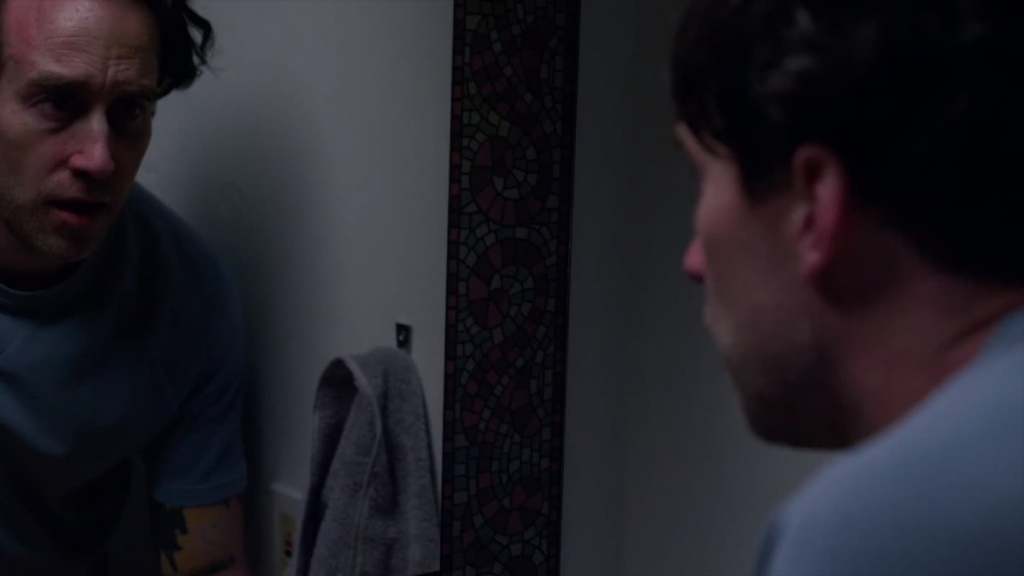 Separation is one of those films that caught me by surprise. I confess, when I picked it for this review, I had no idea it was a short film. No problem though, I love a good short. When they are well done, they can pack a punch. And, because of the nature of the format, they are usually pretty direct and blunt and quite often have an unknown cast and crew.

It felt longer than the mere six-minute run time, and I mean that in a good way. It also boasts some name talent including Austin Highsmith (Criminal minds and Scream: The TV Series) and the SFX artists Josh and Sierra Russell who have worked on movies like Would You Rather, The Ritual, and Bliss.

Directed by Rebekah McKendry (All the Creatures were Stirring, Tales of Halloween) and written by the director along with her husband David Ian McKendry, Separation opens with a husband and wife, Mark and Liz, finalizing their upcoming divorce. The synopsis of the movie states that it’s a heated divorce, but in all honesty, it seems fairly civilized and amicable. It’s established that the couple is still living together for instance.

Mark (Justin Benson) is visibly ill, he has a cough and looks pale and feverish. And while Liz (Highsmith) is trying to be understanding and patient, she really wants to get the lawyer meetings arranged. 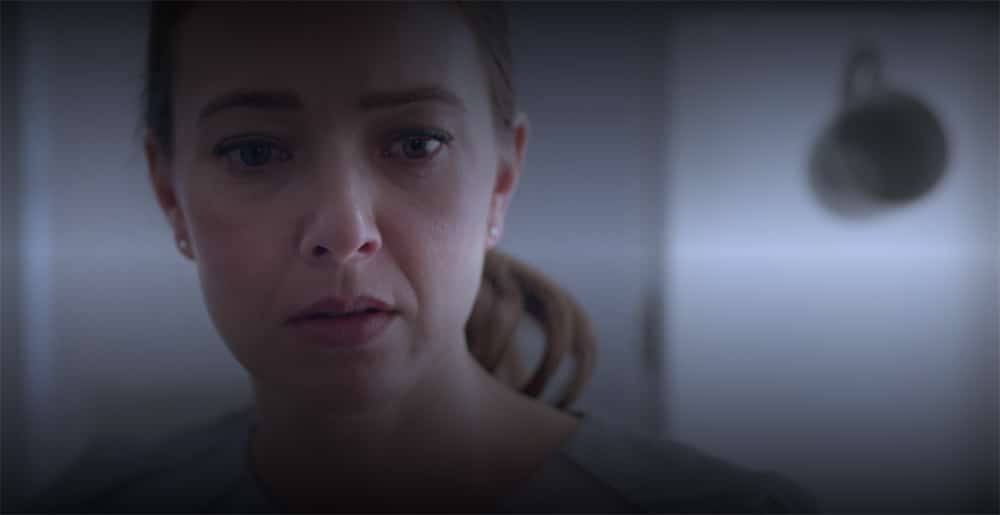 As the day progresses, we see Mark’s condition worsen; he is coughing more and looking much worse. Worryingly, Liz also seems to be coming down with the same illness. The couple is seen reviewing the divorce paperwork and agree that they will both sign it and, in Mark’s words, “get this thing over with.”

By this stage, Liz is feeling as bad as Mark and asks if she can spend the night in bed with him as she needs a good night’s sleep. This establishes that currently at least, Mark has been using the bed while Liz has been sleeping on the couch. Mark agrees and Liz retires into the bedroom.

As she is getting ready for bed, she notices a patch of sore-looking skin on her right abdomen. She settles into the left side of the bed and sees that Mark has kept a photo of the two of them on the bedside table but facing away from the bed. She looks at it and turns it back towards the bed.

As she falls asleep, Mark gets up from the couch with some difficulty and makes his way to bed. He is seen shirtless and has the same patch of sore skin as Liz, although his is on his left abdomen and seems to be in a more advanced state than Liz’s.

As Mark falls into bed and turns out the light, Liz is seen to be awake and looks contemplative.

The couple falls asleep. They awake in the morning both lying on their backs with their arms entwined. But as we are about to discover, it’s not going to be a nice, schmaltzy reconciliation moment.

I’ll leave the rest of the movie as a surprise for you, apart from saying that the SFX is really cool.

I’ll also let you make up your own mind as to whether the McKendrys were aiming to get a message across with this movie or were just having fun with a cool idea.

The acting in this movie is great. Benson and Highsmith look like a normal couple. The cinematography is not overproduced and the whole thing feels ‘real’.

Also, it would be remiss of me not to mention the score. Good music can make or break a movie, and the score provided by Greg Burkhart here is subtle but adds to the tension and atmosphere really well.

Separation is a perfect movie for those in search of a quick fix and packs a nice amount of suspense, gore, and tension into a short run time. It’s available to stream now on Shudder.