While we wait for our chance to catch some of the highly anticipated features out of SXSW, many of this year’s shorts are available now to watch for free.

If you missed your chance to catch some of the incredible short films selected for this year’s SXSW festival, which were streaming online for free during the SXSW Film Collection event on Prime Video, never fear. There’s also a whopping 64 shorts from SXSW 2020 still available to watch for free on Mailchimp’s official website.

Seven of the films in the collection belong to the Midnighters programming category, a collection of wonderfully weird, subversive, and disturbing films which are always a huge hit among genre fans.

We watched and reviewed several of the shorts to give you a taste of the incredible offering. Besides the Midnighters collection, there are a number of shorts in other categories  — including Animated, Documentary, Made in Texas, Narrative, and Texas High School — that will also feed your hunger for exciting new genre content. 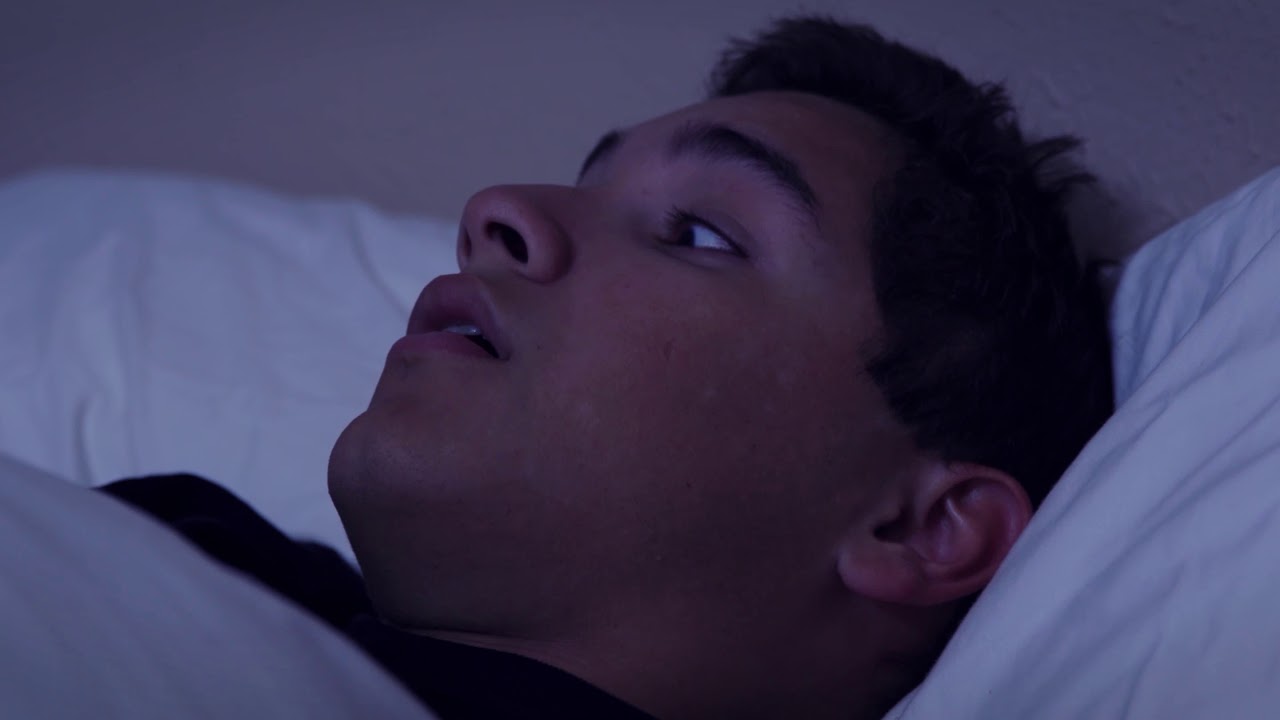 When we sleep, we’re completely vulnerable; vulnerable to the outside world and to the worlds within us. Haven’t all of us at one point, before we’ve gone to sleep, wondered “What happens if I don’t come out of this? What happens if I don’t wake up?” The most famous example of a film capitalizing on this fear is, of course, A Nightmare on Elm Street.

The short film Sleep Paralysis, was written and directed by William Tran as part of the festival’s special competition for students enrolled in Texas high schools. The Texas High School Short program is designed to support and cultivate the next generation of filmmakers.

The film starts off with a student at school under pressure from various parties, including a girl whose affections he can’t reciprocate and a bully who follows him out of the class and engages in a short well-choreographed fight scene with him. Then he is shown at home, struggling as the stress of his academic and social life weighs heavily on him. As he tries to drift off to sleep, he hears menacing laughter. We see a door open by itself, followed by a hooded figure at the foot of his bed. Suddenly the boy is paralyzed. The figure grips him and begins to strangle him.

This part of the film is well done – the laughter and the soundtrack before the figure appears make for uneasy viewing. The hooded figure is creepy, and we feel the fear the boy feels as he’s unable to move. But then the figure disappears, the boy gets up and leaves the room, and the film…just ends.

While this film isn’t as polished as some of the other shorts, it’s impressive considering it was made by a high school student. The competition dictates that all films submitted be no more than five minutes in length. Because of that, I didn’t get as much build up or payoff as I wanted. But the short definitely offered an exciting glimpse into the future potential of a young and up-and-coming genre filmmaker.

(Click here to see all the 2019 Texas High School shorts for a peek at the next generation of filmmaking talent.) 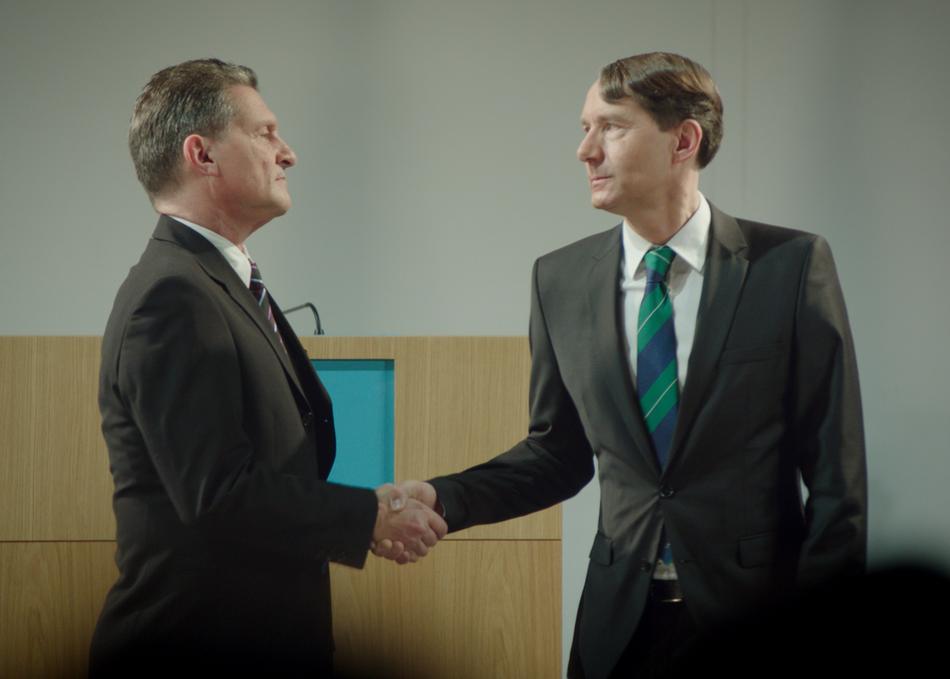 We’ve all been there. We shake someone’s hand, and we immediately start question ourselves. “How long do I shake this person’s hand? How many shakes should I use? How firm of a grip should I use? Which one of us should break first? When is enough, well, enough?”

Ennio Ruschetti’s Hand in Hand explores this common cause of social anxiety, escalating it to absurdly funny and horrific levels.

We see two nameless politicians on a stage signing an agreement in front of the media. There is silence. A janitor dragging a mop across the floor is told to shut up by everyone’s eyes. We do not know the politicians, and we do not know what they’re signing. It doesn’t matter. They begin to shake hands and, almost immediately, it becomes a stand-off of sorts. One of them won’t let go. The other wants their hand back. And then things really start to, pardon the pun, get out of hand.

The advisors and the media look on as more hands appear, engulfing the politicians. There are hands everywhere — until the politicians become one, some sort of hybrid hand-monster, like something out of James Gunn’s Slither. The hands begin shooting out and impaling people until everyone is screaming, and it all descends into chaos. With that, the janitor attempts to rescue the day.

The film balances the shifts of horror and comedy well. It’s lean in its running time, without a minute wasted. It ends on a happy note: with a statue made in the janitor’s honor. He is congratulated profusely. All that the moment needs to make it official is for someone to shake his hand…

(Note: At the time of this publication, Hand in Hand has been removed from the online screening library.) 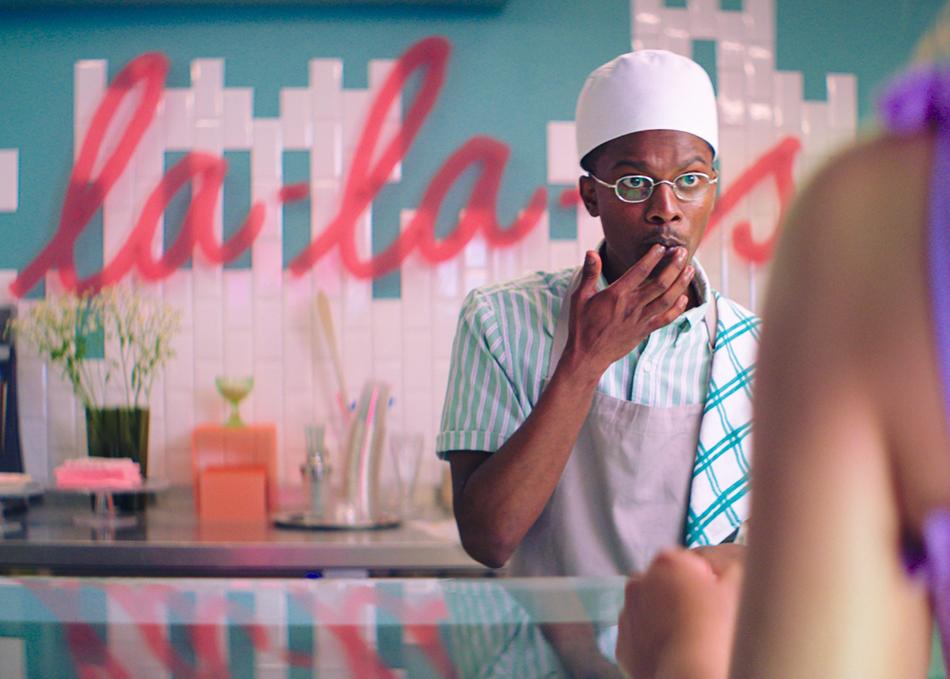 There are days when it’s so hot we feel like we’re melting. Thessa Meijer’s Heat explores this idea in a very literal way.

We open in an ice cream shop full of pinks and blues. It looks cool, almost icy in contrast to the sweltering heat outside. The pink font of the store seems to be lilting, as if it too is being warped by the heat. We see a vendor peering at his rows of ice cream. A girl walks in and, as she attempts to choose a flavor she likes, she is distracted by the vendor’s eyes and begins to literally fall apart. We watch her finger fall off, she begins to sweat, her feet stick to the floor. Eventually, she dissolves and looks like a puddle of ice cream that’s been dropped on the floor.

All of this is treated as a matter of course. A man watches, as do two children and the vendor. None of this seems to surprise them. The vendor then comes around and kneels down. We can only see the girl’s face now; everything else dissolved. The vendor initially appears concerned, but then he raises a finger.

Though the short is played as a horror-comedy, there is something sad about the way the girl says “Don’t” when he does this. He takes the finger and scoops up some of the girl’s essence, then brings it to his lips. He tastes her and says “Bittersweet.” The girl’s face finally disappears. Then he scoops her up and puts her in with the other trays of ice cream, which we see are filled with other people who have entered.

It’s a warped and blackly comic horror short, with a faintly sexual undertone. Like the ice cream shop itself, a shiny and happy veneer hides a darker flavor underneath. 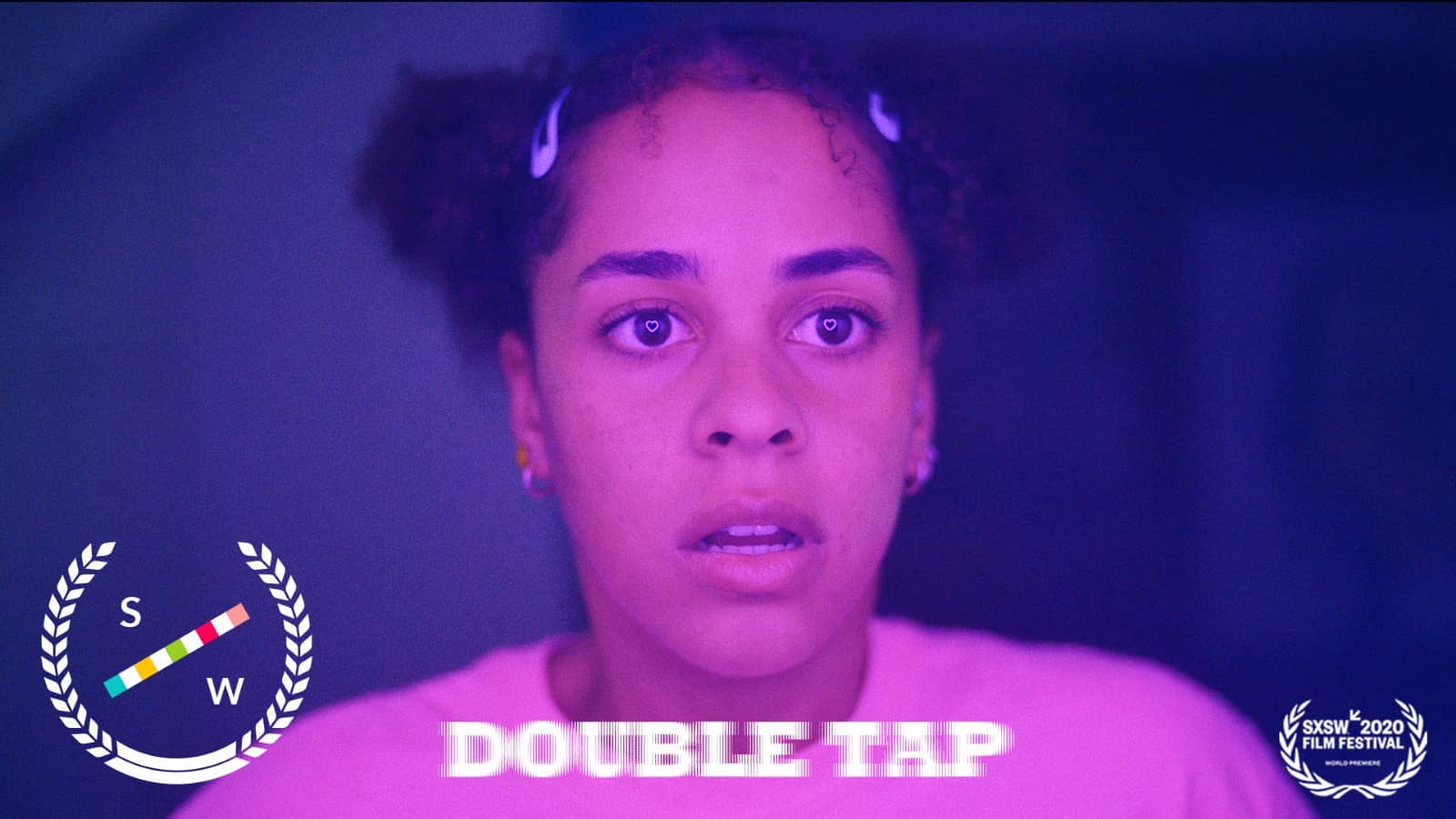 Whenever I see a chain-letter post, be it on Facebook or Instagram, telling me to like this or something bad will happen, I am always tempted to like it. I know it’s not real. I know the ultimatum isn’t based in fact or reality. But…do I really know that? Who am I to say how the universe works? Maybe things really do shift on whether I like Kelly’s post or not.

A girl is on her bed scrolling on her phone. She is getting messages urging her to like her friends’ posts, which she does. Then she comes across a chain-letter Instagram post with a picture of The Dickless Troll, which looks like Dr. Evil’s shaved cat in human form. It says that if she doesn’t like it, he will eat her blood. She pauses, is tempted, but then shakes her head and scrolls on. What happens next is what we all fear will happen.

Later that night, a figure comes into her room: The Dickless Troll. We know he’s dickless because there is an Instagram banner over the area saying Sensitive Content. He looks almost harmless — until he screams, and the soundtrack becomes like nails on a chalkboard. He comes after her, and the girl begins fighting for her life.

She runs out of the bedroom, until she realizes she left her phone behind. She hears it beep. She knows what she has to do. She grabs it and runs down a hallway lit up in purple neon. The hallway seems infinite, reminding me of what Tibor Takacs did in I, Madman — chase sequences where everything seems extended. The rooms are suddenly wider, the hallways are stretching and never-ending. It seems like there is no escape.

This short gets everything right. It’s our worst fear manifested, even down to the smallest details. With its relatability and disturbing Black Mirror vibe, it left me breathless and on the edge of my seat.