You may remember us recently talking about a new film project we’re pretty excited about called Weird Folk, an upcoming indie horror comedy from our friends Gina Gomez and Scott Dunn. We were thrilled to be a part of their recent faux snuff photo contest, giving a few lucky horror enthusiasts the chance to be featured in the film. Now, with the recent launch of the Weird Folk crowdfunding campaign on Kickstarter, there are even more awesome opportunities to get involved with this movie and help support original indie horror. 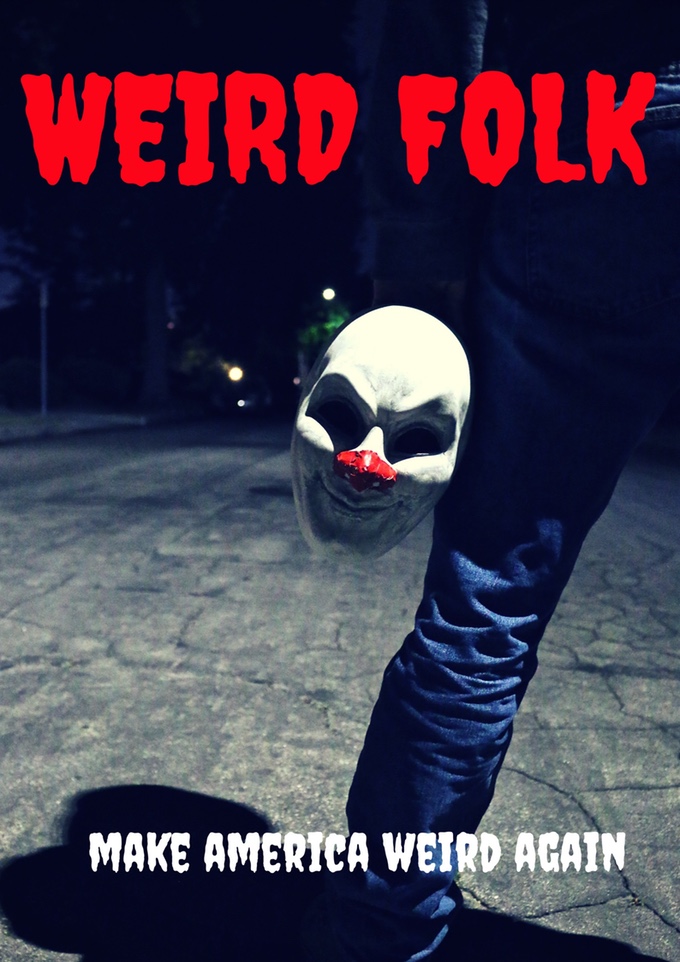 The campaign launched a few days ago on May 1st and is already generating quite a bit of buzz. It has even been selected as a “Project We Love” on Kickstarter.

Gomez and Dunn describe the film as a live action version of the 1950s horror comic series, Weird Mysteries, but with a modern spin. To get a taste of just how insanely cool that actually sounds, you can check out scanned issues of the obscure but amazing comic online by clicking here (thanks to a wonderful digital archival project). 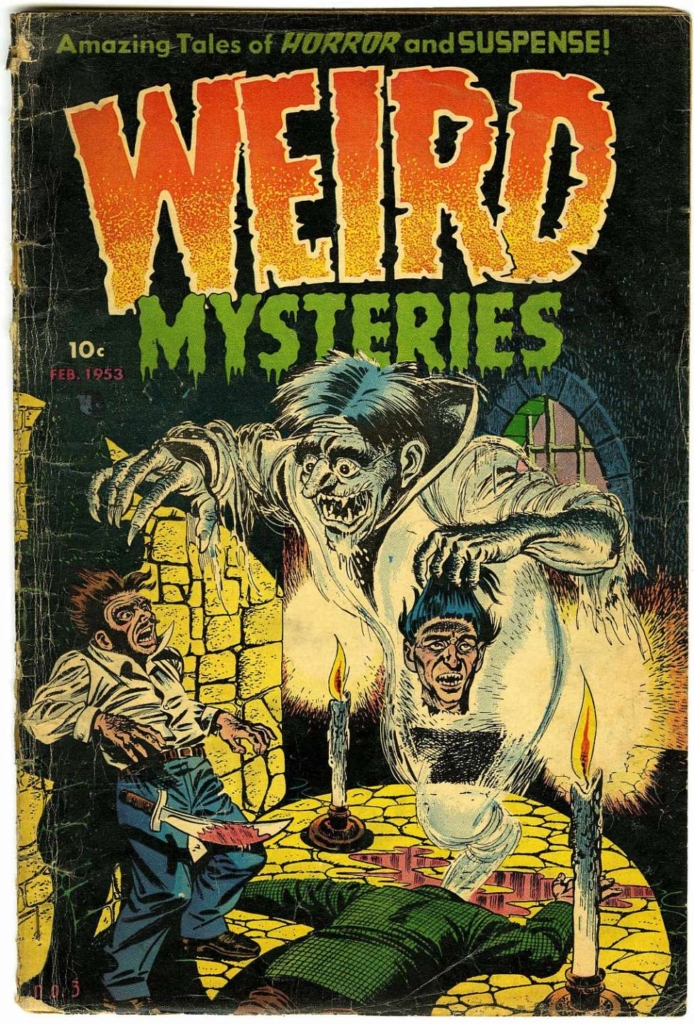 Weird Folk will be told in 4 chapters: A teen makes a terrifying discovery on the dark web, a clown stalks a neighborhood, a chiropractor goes through his worst nightmare, and a couple finds themselves in the crosshairs of a killer.

Appropriately reflective of the crazy times we’re living in, Weird Folk is a timely tale that takes place on election night 2016. However, it’s not solely about the election and the hysteria associated with it. As the filmmakers explain:

It’s about the horror that humans can inflict on one another. It is about the ugly monster inside us all. We show all sides of the political spectrum and do not skew in any one direction. More importantly, this story is extremely entertaining and will give you some laughs and some chills. Election 2016 was an anomaly and the events that take place in this movie are as well.

If you’re on the fence about whether or not to contribute, I strongly encourage you to check out the filmmakers’ first film, Schlep, which you can watch for free via the Kickstarter campaign page.

If you’re like me, that may go a really long way to ramping up your excitement for the second feature film from this talented team. Schlep is extremely funny and charming, highly original, and exceptionally well made. It’s an impressive debut, and it proves Dunn and Gomez have great comedic timing as well as a strong sense of how to make movie magic on a very limited budget. 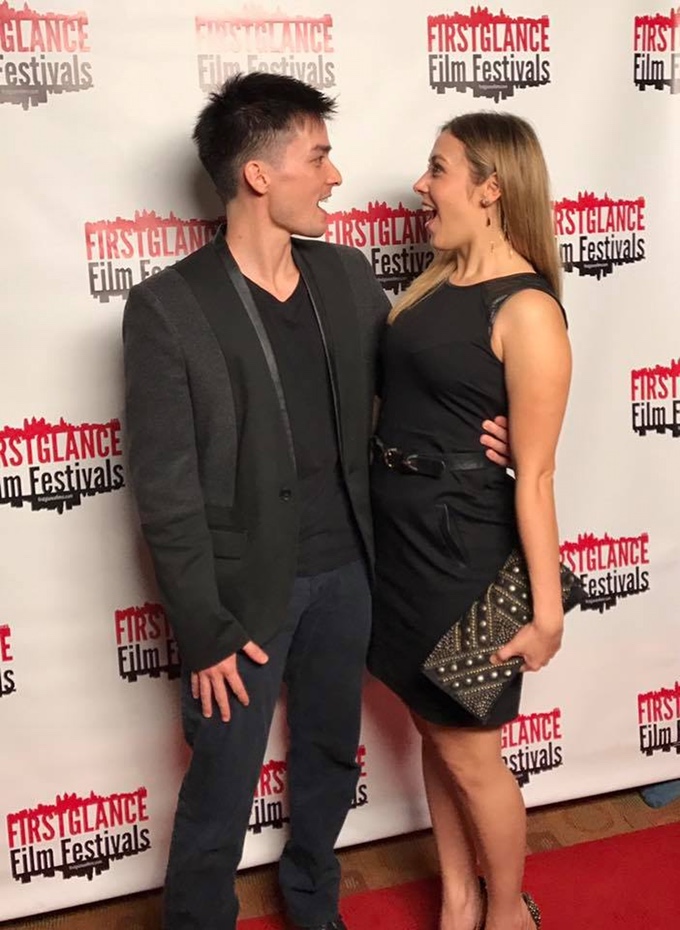 Another thing you’ll notice if you watch the film is just how strong the performances are. It features a small, but very talented cast, which includes Gina Gomez and Scott Dunn in leading roles. The two play a couple (Scott and Ronnie) whose relationship is on the rocks. Scott is going through a young life crisis, trying to find some direction following the loss of his job and his love. He heads home to clear his head and visit his best friend, the lovable Dan played by Sean McBride. And he inadvertently gets involved in the troubled marriage of Dan and his free spirited wife Liz (Jennifer Robyn Jacobs).

All four outstanding actors will be returning for Weird Folk, which says a lot about what fans can expect from this film.

In addition, Dunn will once again wear the hats of writer, director, co-producer, and editor (in addition to actor) on this movie. And the lovely Gomez will be main producer on the project. 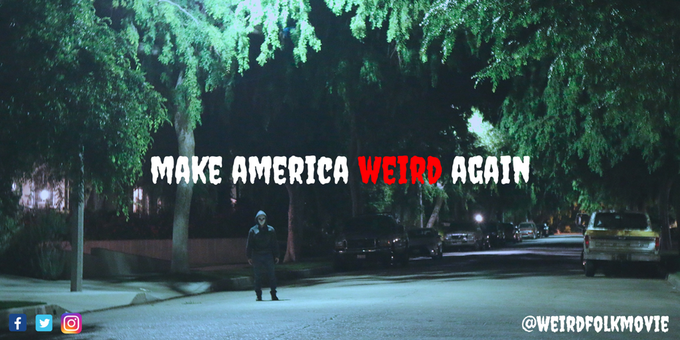 In order to bring their vision to life and make the kind of high quality film horror fans deserve, the filmmakers need to raise $47,000 through their Kickstarter campaign by June 1st. In addition to helping support the future of indie horror, contributors can also pick up some amazing perks. Those who donate as little as $10 get a special thank you in the credits, which is pretty incredible. Higher level donations get digital downloads of the finished film and some seriously sweet swag. For those willing to play a larger part in helping this film get made, you can even score a visit to the set or a role as an extra in the movie! 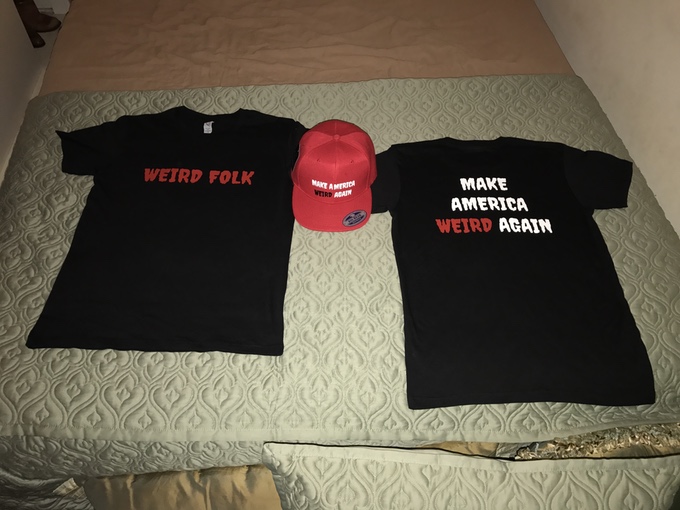 There are lots more cool perks for contributing. Click here to visit the film’s Kickstarter page and learn more.

If you don’t have time to watch Schlep, be sure to at least check out the trailer to get a feel for how smart, funny, and creative a film it is. We’re expecting huge things from Gomez and Dunn, and we’re proud to help support bringing Weird Folk to life. We hope you’ll consider joining us to support, not only indie film, but also women and diversity in film.