Get ready to surrender to your deepest fears and darkest fantasies with “TEARFUL SURRENDER”, the next feature film from Dreams For Dead Cats Productions.

Cinema scare fans often lament the death of the original and daring horror film. Along with the ever-present threat of censorship (and region coding), it is a serious problem, and the continuous outpouring of sequels and remakes year-after-year is proof that our screams of injustice are falling on deaf ears. 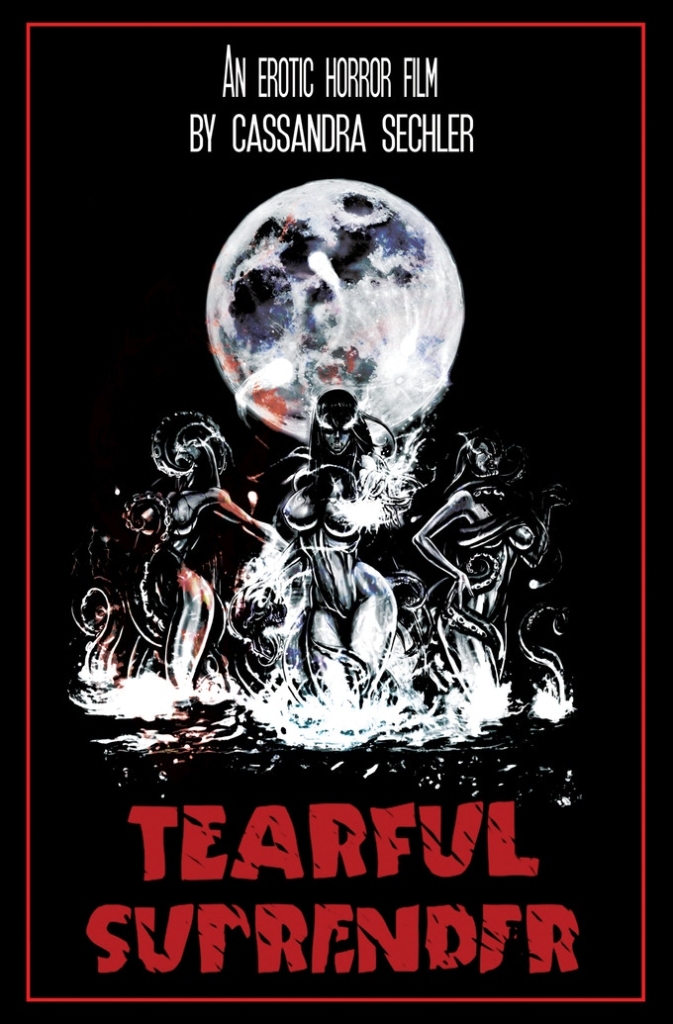 After watching and reviewing Elliot, I wanted to check out what other things DFDC was up to. Among the available videos was a teaser for Tearful Surrender, and it truly touched me in a way few works of art do. Elegant, haunting, frighteningly sexual, and sublimely mysterious.

Recently, I was able to briefly interview Cassandra. We discussed the launch party for the film’s Kickstarter Campaign and her inspirational hopes for the project, among other things.

INTERVIEW WITH CASSANDRA SECHLER ABOUT HER LATEST FILM, “TEARFUL SURRENDER” 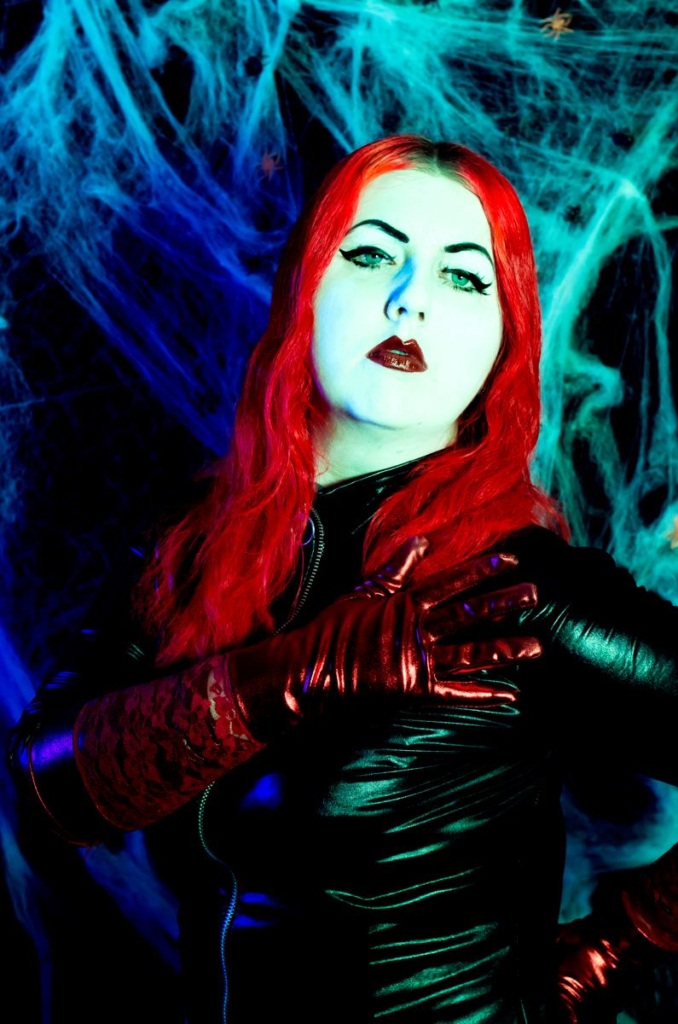 Hi, Cassandra. I’m so excited about your upcoming film, Tearful Surrender, currently crowdfunding on Kickstarter. You recently held a launch party for the campaign, with a special screening of the premiere of your new short “Lovesick” as well as some of your most popular shorts and a 3D experience featuring a montage from Elliot. How do you feel that went?

The launch party was a lot of fun! We weren’t sure what to expect with the turnout. People hear “campaign launch party” and run the other way knowing you’re raising money (laughs). We were so happy that our friends at the Overlook Theatre came out! The rest of the crowd were all new faces! “Free sangria” usually helps bring people in. 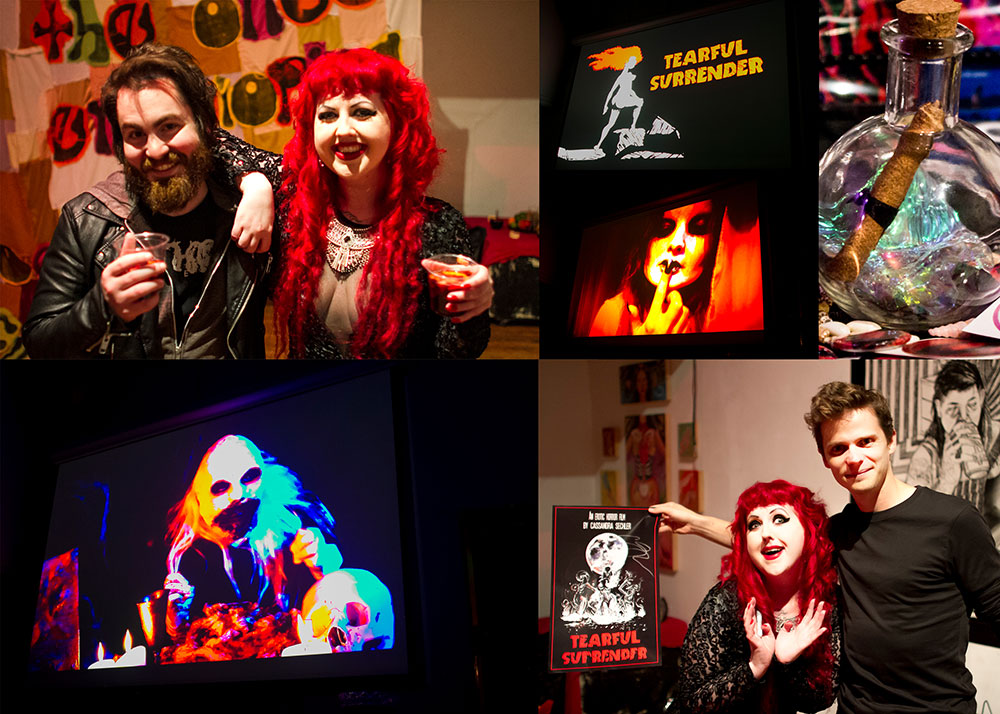 Craig and I hid in the projectionist booth the whole time, so I’m not sure if there were any “oohs”, “ahhhhs”, or “ewwws” over anything. With the screening of my new short “Lovesick”, I was worried it might scare some people away. When we came down for our ending spiel, everyone was still in there, so that says something! I think “Alligator Bitch”, “Lovesick”, and “Wireboy” raised the most questions with folks.

Did you have any memorable encounters with the audience during the party? 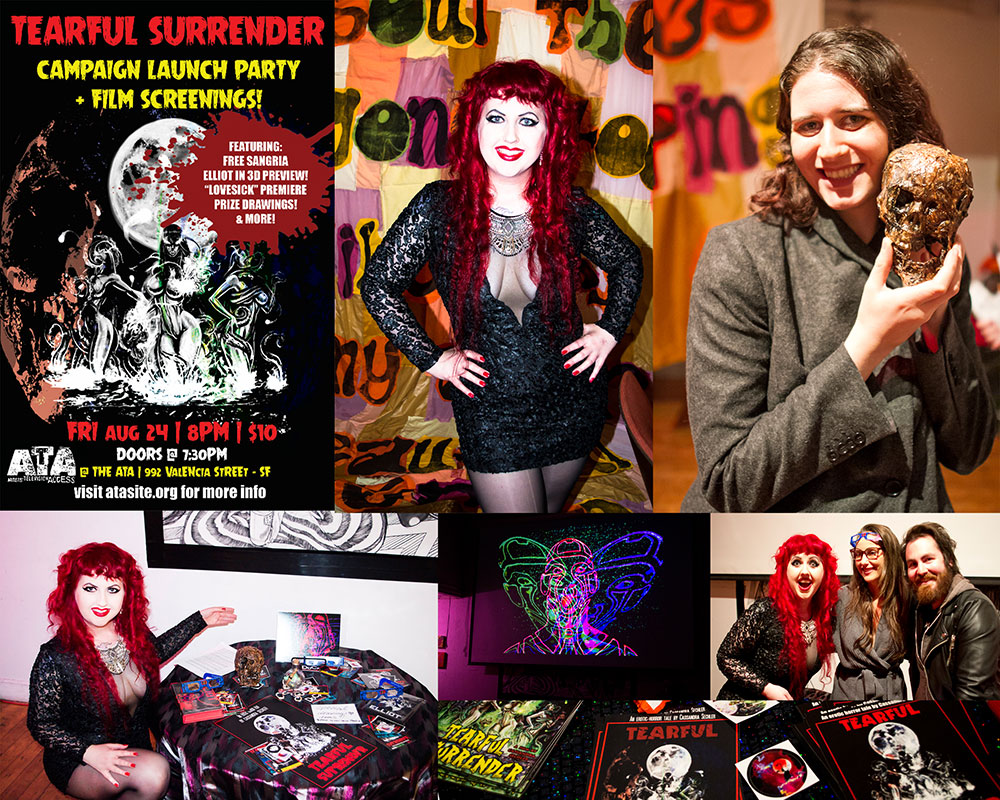 What brought about the Kickstart campaign for the film?

Working our day jobs and just trying to survive in this crazy expensive city (San Francisco). We’ve hit a wall with what we can do with our funds. To be able to make this film as grand as it needs to be and pay our lovely cast and crew, we need to raise much more money. 30K is NOTHING in the grand scheme. Flops that nobody cares about, boring unoriginal remakes, and mindless generic fan pleasers cost millions upon billions of dollars to make, and I just want to make the film of my dreams with an original story and talented cast a reality.

I can only hope that people out there still care about horror films with a spine and heavy concept and have $10 to pledge to this project.

Let’s put something in perspective: people throw $10 at a pumpkin spice latte and a crappy, dry scone but don’t support a unique vision for the same amount. That’s just really sad. 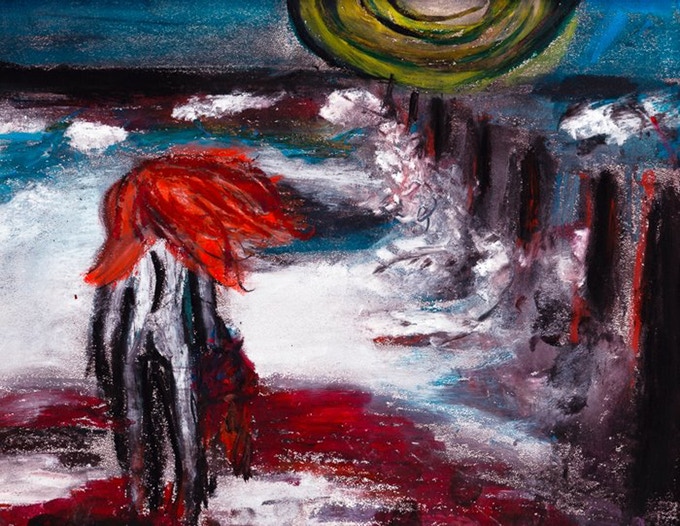 Who would you say are your biggest inspirations as a creator?

My main inspiration would be a Clive Barker/Bob Ross/Elvira/Mr. Rogers hybrid. Bob Ross and Mr. Rogers made me feel like I could do anything if I put my mind to it. I mean hell, that’s why I’m running this campaign. I’d like to think that dreams can come true if you work hard enough, and that regardless of the fear of falling on your ass, the point is you should always just TRY. Dream big!

What was the location scouting like? Did you change anything in the script to accommodate a location you fell in love with?

I wanted to shoot in Capri, Italy, since Capri is the birthplace of the Siren. Then I looked into what it would cost to shoot there with permits, travel, etc. I was recommended parts of Wales by some friends in the UK. I got in touch with someone I knew in North Wales, who put me in touch with her brother. He owns a private location in Beddgelert, Wales. I fell in love with it. Pictures can’t even do it justice. I felt like I was on the set of Legend minus the glitter and pretty things floating in the air. I felt connected to the spot.

I could instantly picture where the Siren’s Lair would be, where the Dream Witches would call to the vacationers, where the grand finale would be shot, and how I would light the environment to give it that surreal flare! I had a magical deja-vu sensation that I felt connected to the spot. Plus, having a fire and nude actors in a safe environment where we can shoot whenever needed is crucial. In addition to this magical place, there are plenty of secluded beaches nearby, castles, and beautiful areas to shoot the town scenes in. It inspired new ideas, as environments are characters within themselves. It will be the budget attained that will end up affecting the script, if anything. 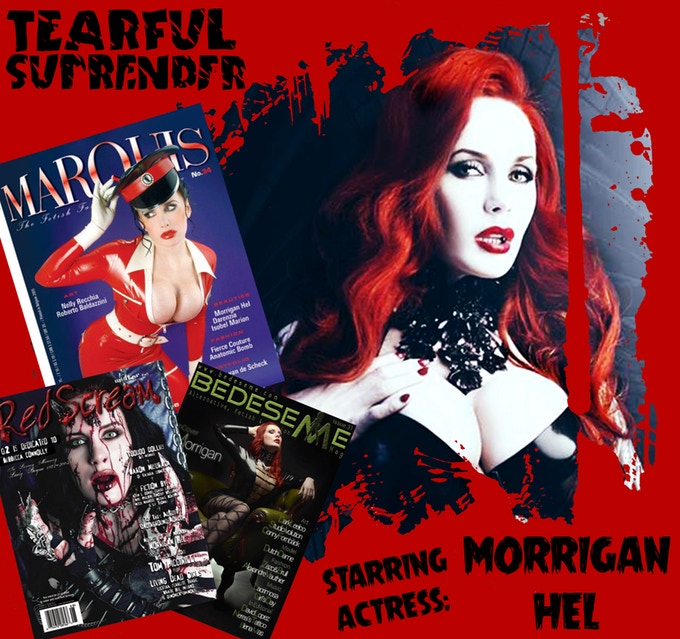 Can you tell us about any particular films that specifically inspired you?

Jean Rollin’s vampire films often transcend traditional Hollywood depictions and are more about mood and theme. There are a couple different films and scenes in particular that I found inspiring when developing ideas for Tearful Surrender. For example, the ending of Jess Franco’s A Virgin Among the Living Dead has this amazing lighting, with these enveloping cool tones, and a surreal mood so lush you can feel it, like a dreamy blue velvet blanket of horror being wrapped around you and taking you to a beautiful but hellish subterranean adventure.