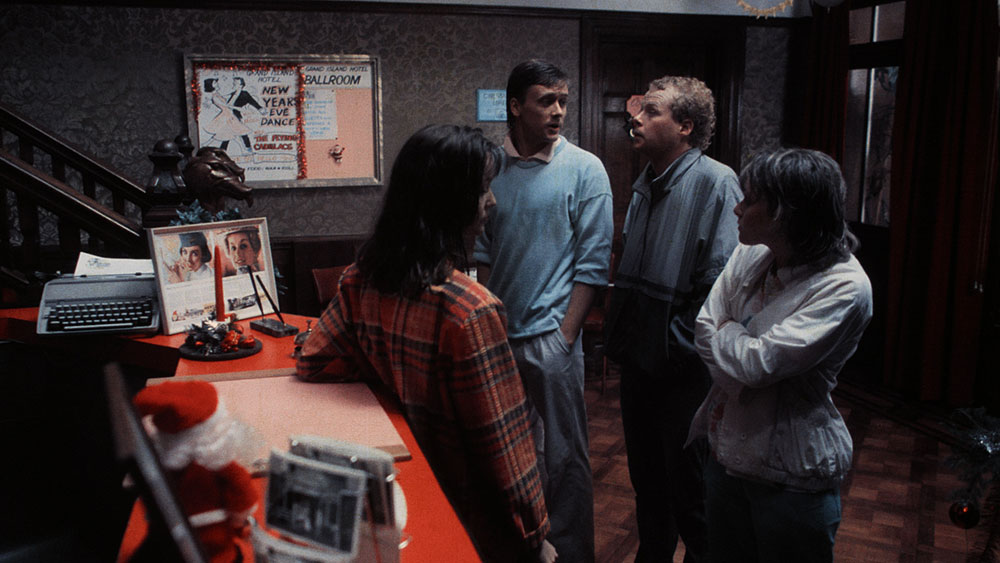 If there’s an obscure, nearly lost cult film out there, then Vinegar Syndrome is sure to find it. Their latest release is the 1987 horror film from the U.K., BLOODY NEW YEAR from director Norman J. Warren.

The movie starts with some footage of a New Year’s Eve party at a hotel in 1959. It was during this party that everyone in the hotel had disappeared. Fast forward to the “present” and we find a group of friends having fun at a boardwalk amusement park where they are set upon by a small group of thugs (think a more psychotic, less sing-y version of The T-Birds from Grease 2). 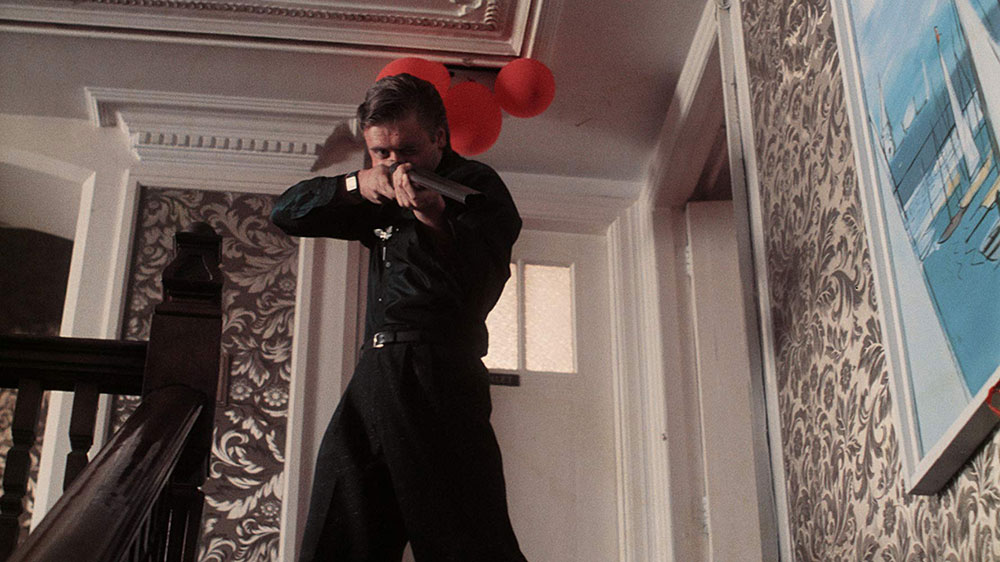 Escaping the thugs, the group of friends head out on the ocean on their boat for some relaxing fun. Their boat suffers some damage and begins to sink, but the friends are able to swim to a nearby island where they find the abandoned Grand Island Hotel. They enter the hotel to warm up and dry off, and while they find it empty of people, the hotel is still decorated for the holidays with décor from the 1950s.

Soon enough, this group of friends find that the hotel is not as uninhabited as it looks. The trapped spirits of the guests and staff of the hotel from 1959 still roam the rooms and halls of the Grand Island Hotel, and they are looking to add some more afterlife guests to their ghostly party. 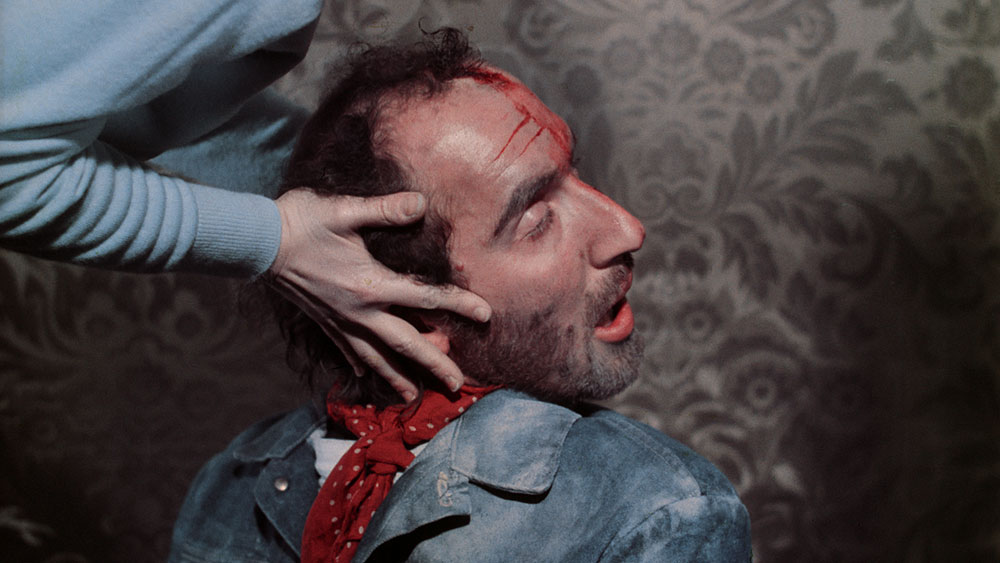 When the movie starts on the Blu-ray disc, there is a message noting that the original negative of BLOODY NEW YEAR has been lost/destroyed, and that they created the home video release from the last remaining 35mm print they could find. This means that the quality of the video, at times, might not be what one would expect from a 2k scan and restoration.

There are a few scenes where scuffs and scratches on the film can be seen on-screen, but I think it adds a little character to the movie. It gives this release of BLOODY NEW YEAR a drive-in theater viewing feel while you’re watching on your digital television. For me, there’s something valuable in seeing the “dirt” on the film, even with all the technology available to make a movie look as pristine as possible. 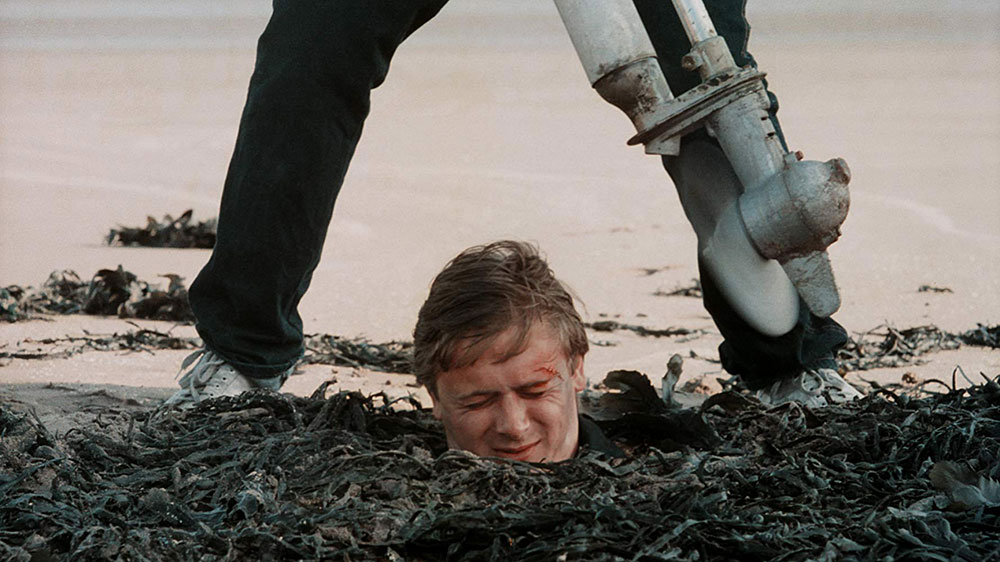 The only feature on this release is a commentary track from the director, Norman J. Warren. I have found when there is a commentary track with just one person that the track, more times than not, can be very dry and leave gaps during the movie where there is no commentary at all. That is what happens in this instance. Warren, essentially, sticks to technical details of filming the movie, casting, and finding locations, with very little entertaining/funny behind-the-scenes stories.

The limited-edition slipcover, which looks amazing, was designed by Earl Kessler. This limited edition is limited to 3,000 pieces (one per customer). Vinegar Syndrome expects a standard edition to be released later in 2019 or early 2020. The website for artist Earl Kessler is: https://www.earlkess.com/. 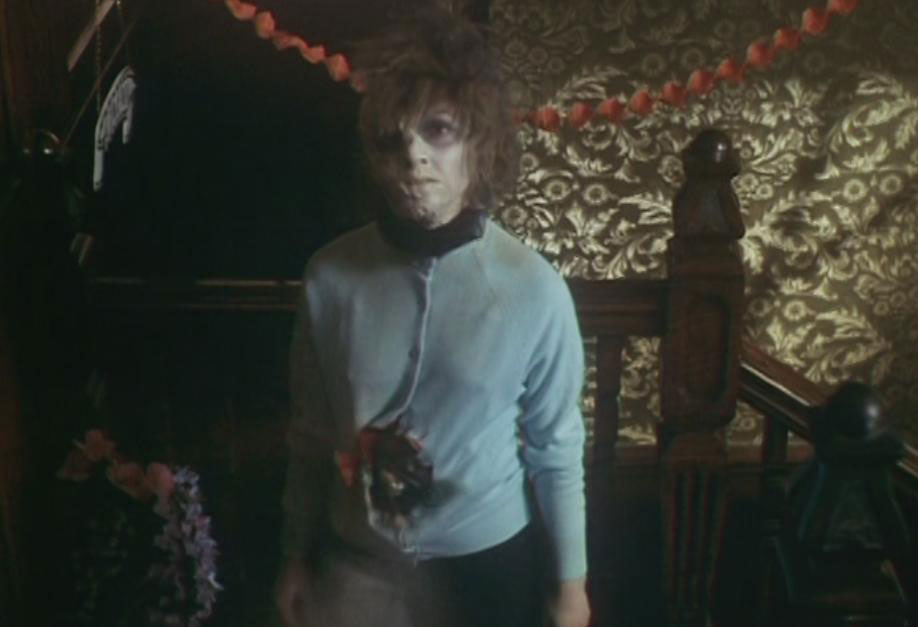