While more sordid drama than horror, “The Eleventh Commandment” on Blu-ray from VinSyn is worth owning for collectors, even if it is slim on bonus features.

One of Vinegar Syndrome’s newest Blu-ray releases dips into the late 1980s for a sordid family drama, pseudo slasher by exploitation director Paul Leder. The Eleventh Commandment stars some familiar faces to television and film fans, including the second Darrin from the television show Bewitched, Dick Sargent. 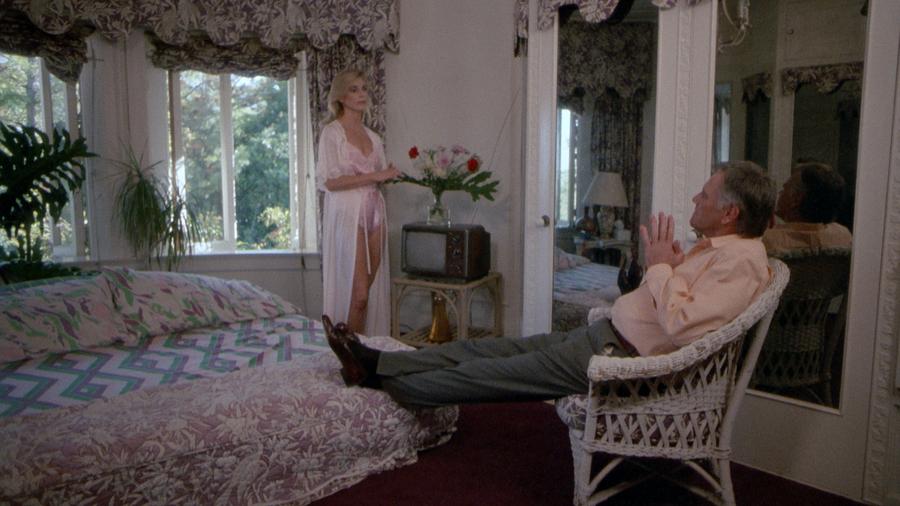 Robert (Bernard White) is a priest-in-training who comes into a large inheritance due to the death of his parents. But his Uncle George (Dick Sargent) wants Robert’s inheritance at any cost. To that end, George has Robert committed to an insane asylum where he’s tormented and subjected to bouts of electroshock treatment. In this state, George connives with some of the hospital staff to get Robert to sign over his inheritance.

George’s plans are shattered when Robert kills the nurse that’s been tormenting him, and he escapes. Driven violently insane by his stay in the institution, Robert wants revenge against his uncle. Before getting his revenge, Robert seeks one last visit with his 9-year-old cousin, Deborah (Lauren Woodland), whom he sees as being the only pure and innocent member of his family.

As Robert stabs and murders his way to his Uncle George, there are plans in place to ensure Robert is stopped with extreme prejudice. George will stop at nothing to keep Robert from regaining his rightful inheritance, even if George must resort to murder himself.

According to actor Bernard White, director Quentin Tarantino is a huge fan of director Paul Leder’s work in film including The Eleventh Commandment. It’s easy to see why this movie appeals to Tarantino.

The Eleventh Commandment straddles the line of trash cinema without fully crossing over. 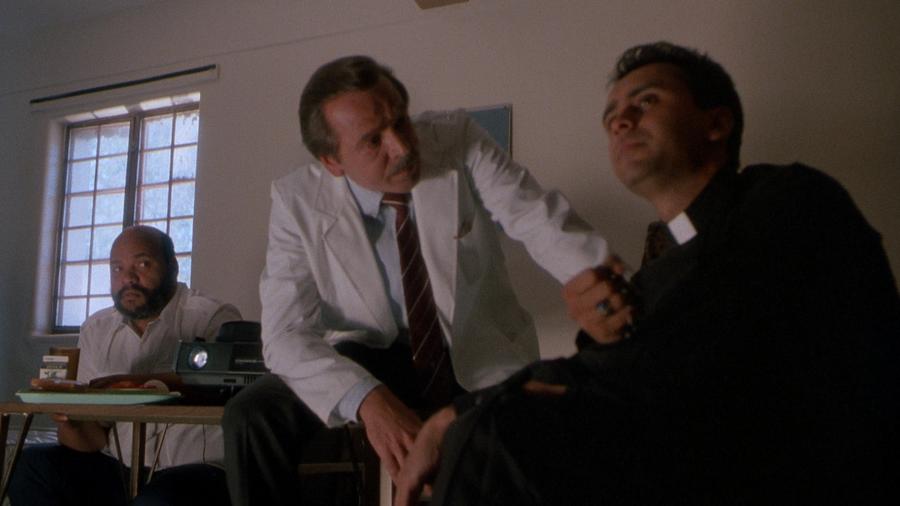 The movie, at its core, is a family drama with greedy relatives moving people around like their own personal chess pieces. Vinegar Syndrome describes the film as a “slasher,” but it barely rises to that moniker. The movie has a decent body count, but is filled with unimaginative kills, almost always going for a stab to the victims’ gut.

The acting, across the board, rises to the occasion. It’s fun to see Bewitched’s Dick Sargent play such a slimy, amoral character while chewing up every scene he’s in. The relationship between characters Robert and Deborah is almost father-daughter in nature, and it helps that actors Bernard White and Lauren Woodland have amazing chemistry.

The Eleventh Commandment isn’t great by any means. 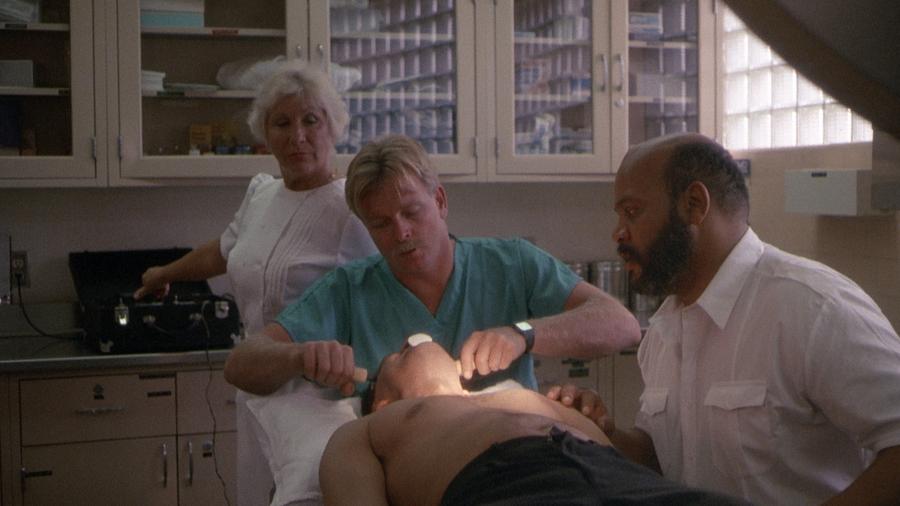 The movie has a decent script and superb performances from everyone involved. It was fun to see actors like James Avery (Will Smith’s uncle in Fresh Prince of Bel-Air) and Steven Ford (Joe in When Harry Met Sally). Bernard White, maybe best known for his role in Matrix: Revolutions, is outstanding in a role that demands a nuanced performance for a murdering lunatic.

My only disappointment was that the character of Robert didn’t go on his murder spree while wearing his priest outfit.

The Blu-ray cover art promises a movie that The Eleventh Commandment doesn’t deliver. Despite that minor issue, the movie works more often than not. 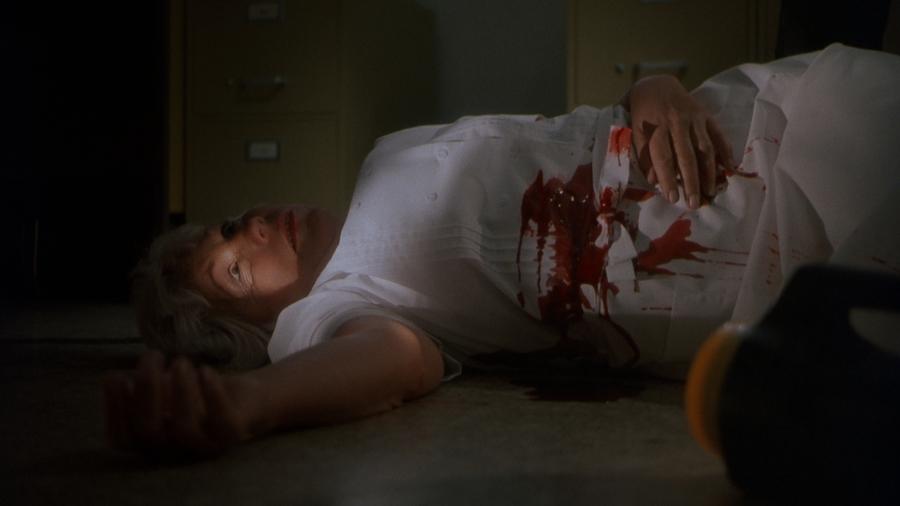 The disc has few features available. Notably, there are two interviews with stars Bernard White and Lauren Woodland.

Bernard spends quite a bit of time on his preparation for playing the part of Robert. He discusses his study of Hamlet to get into character, and drawing on his family history of mental illness to inform his character’s actions.

Both interviews are worth checking out, and they both remark on how happy they are seeing the movie again and that it’s finding a new audience through the Vinegar Syndrome release.

The interviews come with a warning that they were made via video conference because of Covid-19 quarantines in the Spring of 2020. Though Vinegar Syndrome apologizes for any video or audio issues, I experienced no problems watching the interview segments or hearing the actors talk about their roles in The Eleventh Commandment. 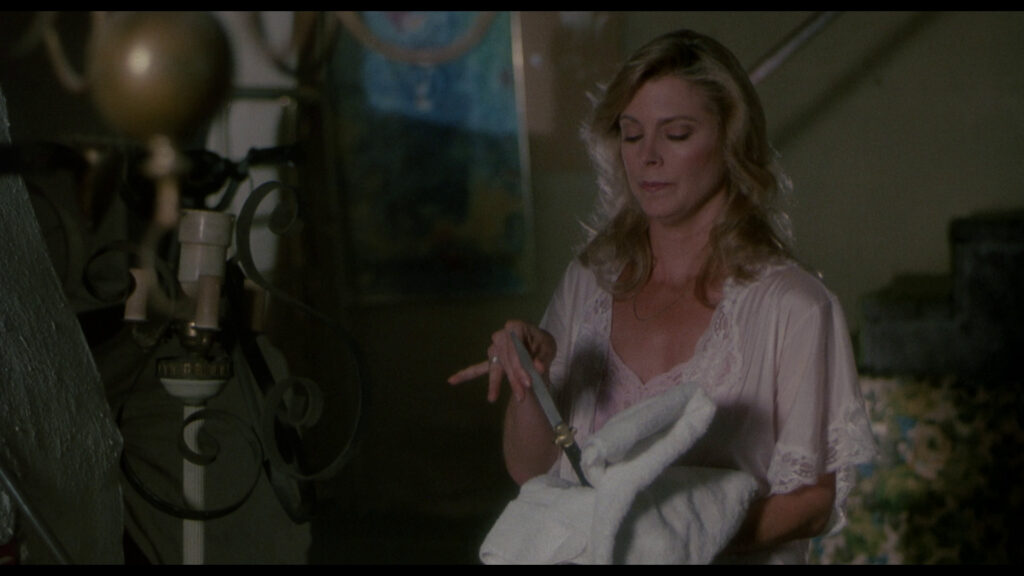 The movie is a bit less “seedy” and “perverse” than promised by the Blu-ray’s back cover. While this isn’t a must-have Vinegar Syndrome release, The Eleventh Commandment makes a strong case for a spot in any fan’s Vinegar Syndrome library.

The features are slim, and I am at a loss that there was not a trailer available to add to this release. The Eleventh Commandment was originally released through MGM and Orion Pictures, and one would think some marketing beyond promotional stills are available.

As always, the interviews on the disc are exceptional and give quite a bit of insight into Bernard White and Lauren Woodland’s experiences working with Paul Leder and making The Eleventh Commandment.

For more information and to purchase The Eleventh Commandment, visit Vinegar Syndrome here.