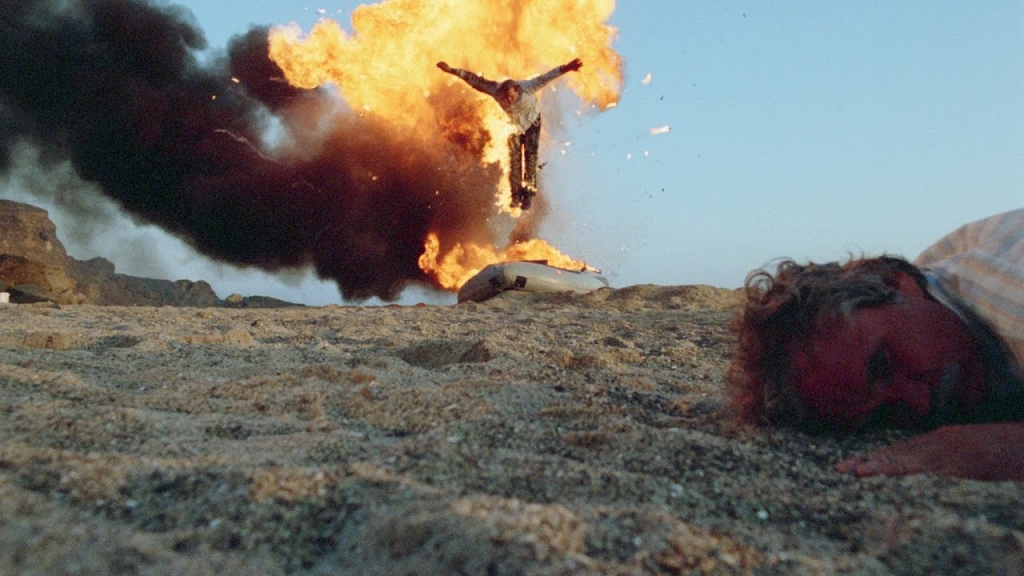 Their first release under their new banner is the Frank Stallone starring schlock action film, SAVAGE HARBOR, a.k.a. DEATH FEUD.

During an interview included on this Blu-ray, Frank Stallone describes this movie as “bad,” and director Carl Monson as a “hack.” I can’t completely disagree with Stallone on either point. 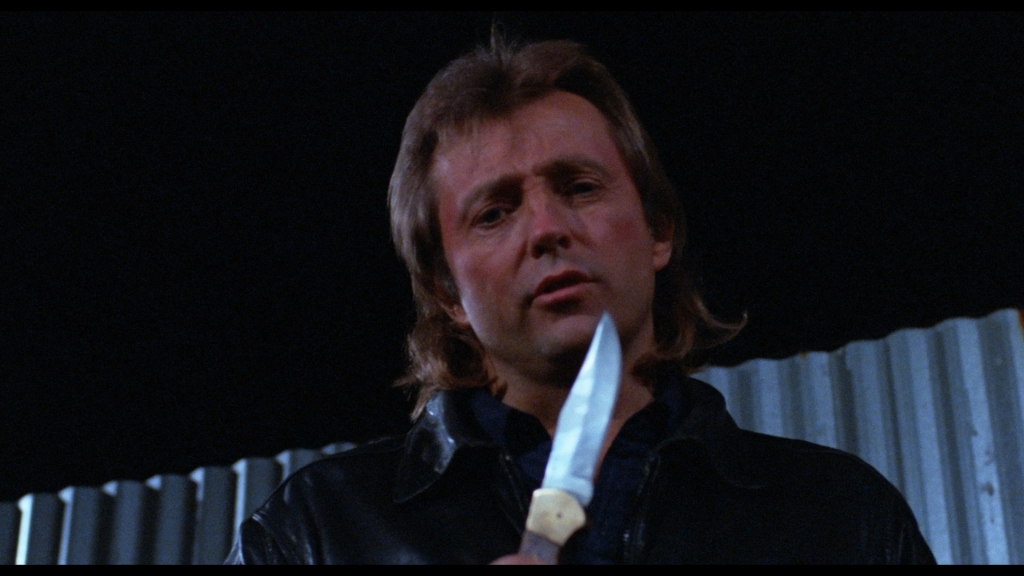 Frank Stallone stars as a merchant marine name Joe. He is on leave at a Los Angeles port with his merchant marine buddy, Chris (Christopher Mitchum). Joe stumbles upon a sexual assault in progress and saves Annie (Karen Mayo-Chandler) from her attacker.

Very soon, Annie is inviting Joe up to her apartment and they embark on a whirlwind romance that leads to engagement. 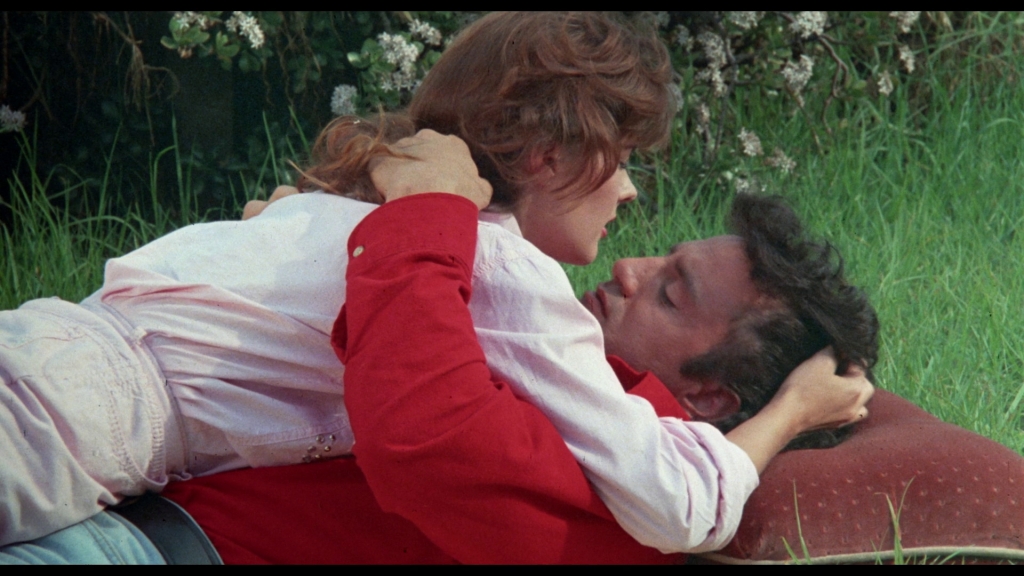 Chris, for most of the movie, is a barfly who clumsily romances a go-go dancer played by Lisa Loring of The Addams Family fame.

Little does Joe know Annie has escaped her pimp, Harry (Anthony Caruso), and Harry is looking to get her back in his harem. Once Harry recaptures Annie, she is brutalized, hooked on heroin, and forced back to the streets. Joe searches the city for Annie, and when he finds out what’s happened to her, he’ll be looking to extract bloody vengeance on Harry and his crime lackeys.

As Stallone said, this is a bad movie, and he may have been underselling how bad it is. 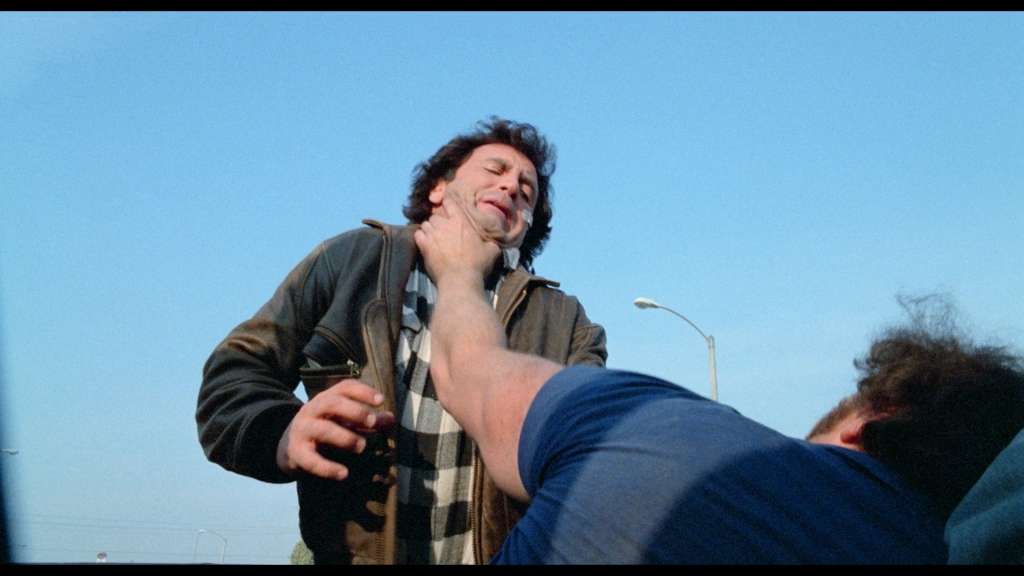 Stallone also mentioned that the actors improvised much of the dialogue, which would explain much of the stilted and inexplicable conversation between characters.

For example, there’s a scene where Annie invites Joe for a drink, which he accepts and insists that he’ll buy the drinks. Then there’s about 30 seconds of silence as the camera cuts back and forth between Annie and Joe. I imagine there should have been some dialogue during that awkward silence. Finally, Annie breaks the silence and off they go on their date.

SAVAGE HARBOR is billed as an action buddy film starring Stallone and Christopher Mitchum (son of Robert Mitchum), but Mitchum’s character Chris has little to do in the movie except drink at a bar. Chris barely helps Joe with his vengeance plot, so it’s hardly a buddy movie. 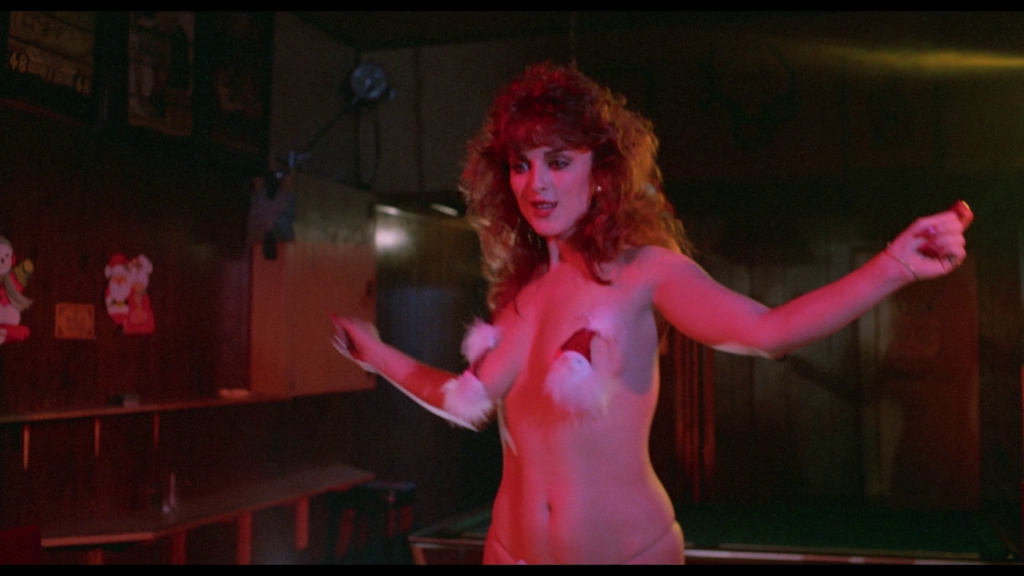 She’s not given a main title credit, but the other draw to this movie is Lisa Loring who came to fame as Wednesday Addams.

In SAVAGE HARBOR, she plays a go-go dancer who wears her dancing lingerie the entire movie, whether she’s at the bar or at home. This includes the Santa Claus head-and-hat nipple pasties that she also wears the entire movie.

But for all the bad acting, ridiculous dialogue, and ill-timed reactions to gunshot wounds, SAVAGE HARBOR has a kind of charm that makes it a fun watch. I wouldn’t necessarily recommend it to my friends who are fans of action movies, but I wouldn’t hesitate to show it at my house to a group of fellow cinefiles, along with plenty of alcohol.

Vinegar Syndrome has done an amazing job restoring the film from its original negative. 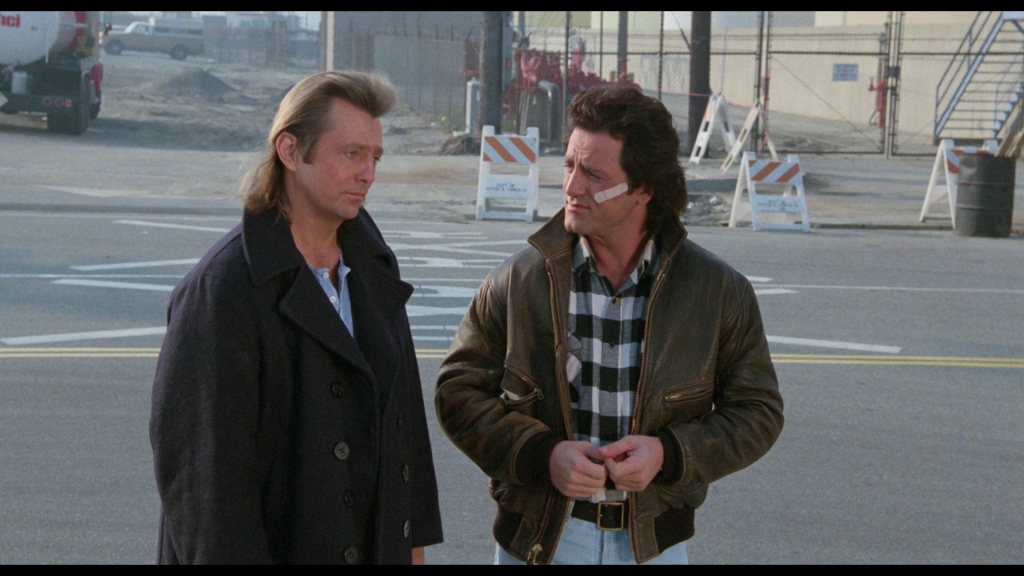 The film looks and sounds pristine. According to the interview with cinematographer Jack Beckett, the only other source material for SAVAGE HARBOR was the original VHS release, which had scenes missing or removed from the original release.

The video interview is the highlight of this release. The interview is only 15 minutes long and left me wanting to hear more from Stallone. Frank may not have the on-screen magnetism of his more famous brother, but he has the same propensity to speak openly and honestly about his career and movies he’s involved in. If there’s one thing missing from this release, it’s a commentary track with Frank Stallone. I can only assume it would have been insightful and very entertaining. 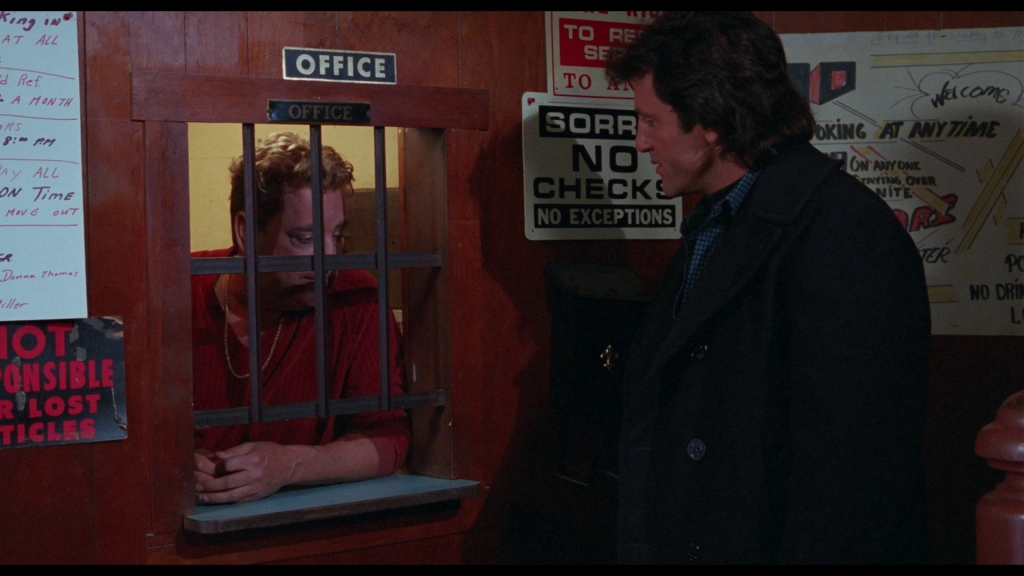 The audio interview with Jack Beckett runs approximately 30 minutes. It’s a fun interview with Beckett that provides quite a bit of insight into the production of SAVAGE HARBOR. 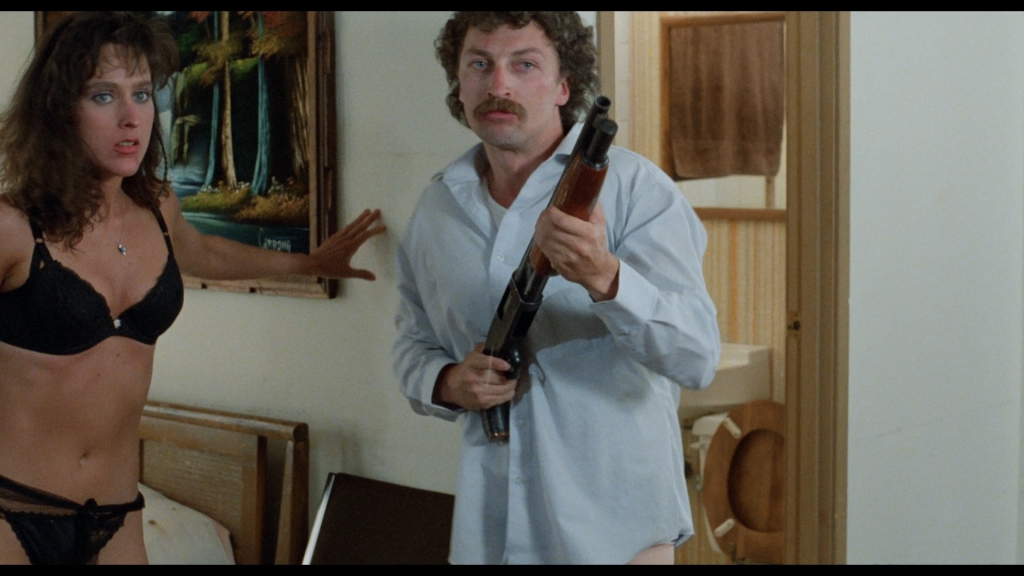 This release is only available on the VS website and at participating brick and mortar retailers. For more information and to purchase SAVAGE HARBOR, visit Vinegar Syndrome at https://vinegarsyndrome.com.