A loving restoration from Deaf Crocodile and Vinegar Syndrome, “Delta Space Mission” is a must-own release — a stunning animated adventure.

Deaf Crocodile, a Los Angeles-based distribution and restoration company focused on new, independent, lost/unseen, and world cinema with a special interest in animation, cult horror and fantasy, LGBTQ films, and the work of neglected and underrepresented filmmakers from across the spectrum, is introducing a brand new line of home video releases.

One of their first releases, in partnership with Vinegar Syndrome, is the 1984 Romanian animated sci-fi feature, Delta Space Mission. 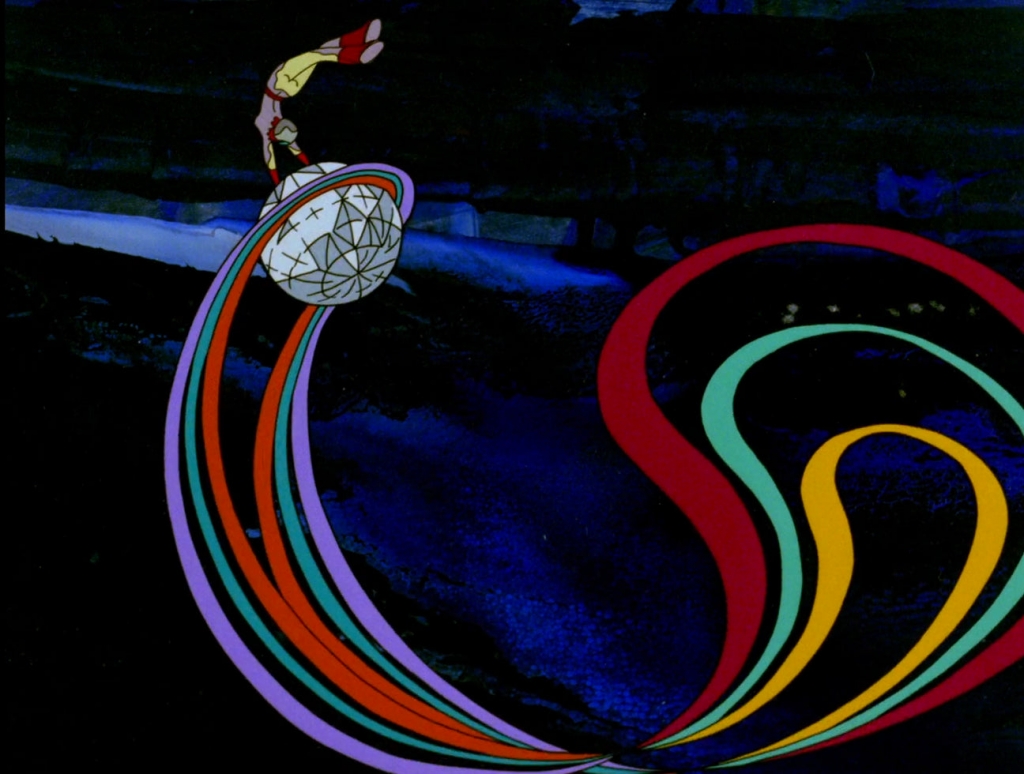 Earth, in the year 3084, is preparing to launch a space station named Delta to contact races on other worlds.

The station is run by a super-computer artificial intelligence. Alma, an alien journalist, is covering the launch and mission when she is introduced to the computer. Alma is stunned by its beauty and remarks how she wants to make it all hers.

The computer hears her words and becomes obsessed with making Alma its own, forever.

Delta Space Mission is a kaleidoscope of color, odd shapes, morphing images, and a pulsing prog score that evokes classic animation styles of Heavy Metal, Fantastic Planet, and Hanna-Barbera cartoons like The Herculoids.

The story of advanced artificial intelligence is heavily influenced by 2001: A Space Odyssey, but also seems inspired by classic sci-fi like Star Trek, particularly the episode titled The Ultimate Computer, and the “The Three Laws of Robotics,” by author Isaac Asimov. 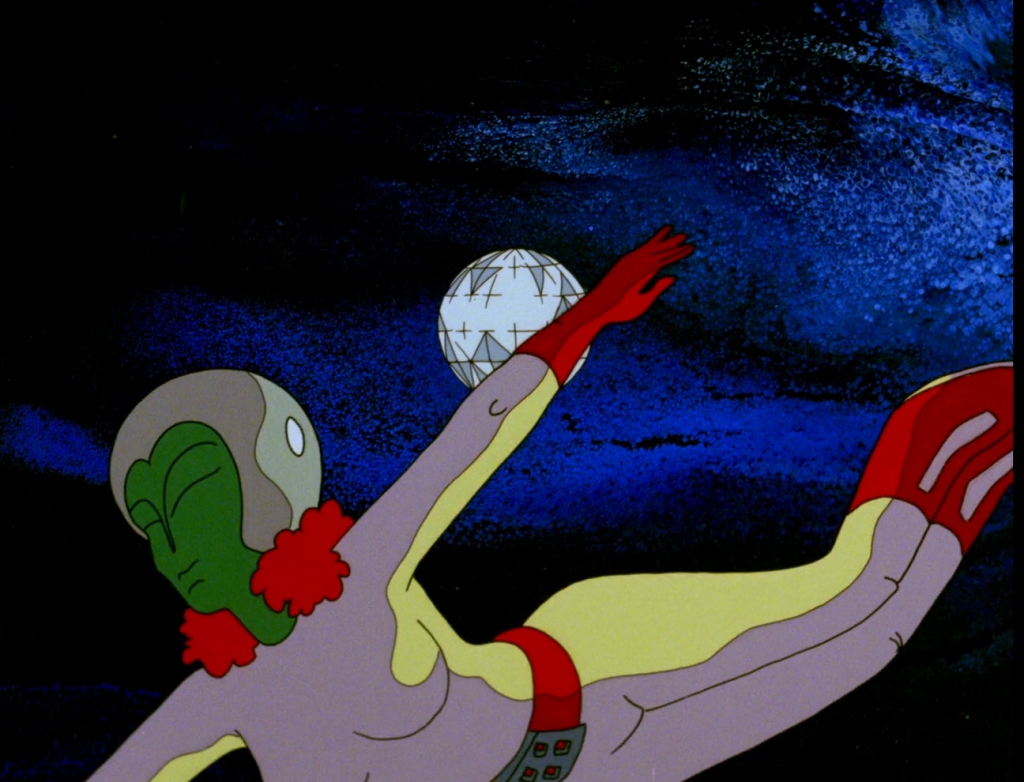 The Delta Station computer, triggered by the praise from Alma, begins to experience things beyond its programming. It doesn’t understand or know how to process emotions and desires. The computer will use any means to track, find, and capture Alma.

The story isn’t the attraction of DELTA SPACE MISSION, it is the stunning visuals on display. The utilization of colors and geometric shapes pulls the viewer’s eye to the screen and doesn’t let go.

Half the movie is set on a strange planet where the animators let loose an assortment of robots and strange creatures to chase Alma and her alien dog.

It’s a series of scenes that are breathtaking and mind-blowing. 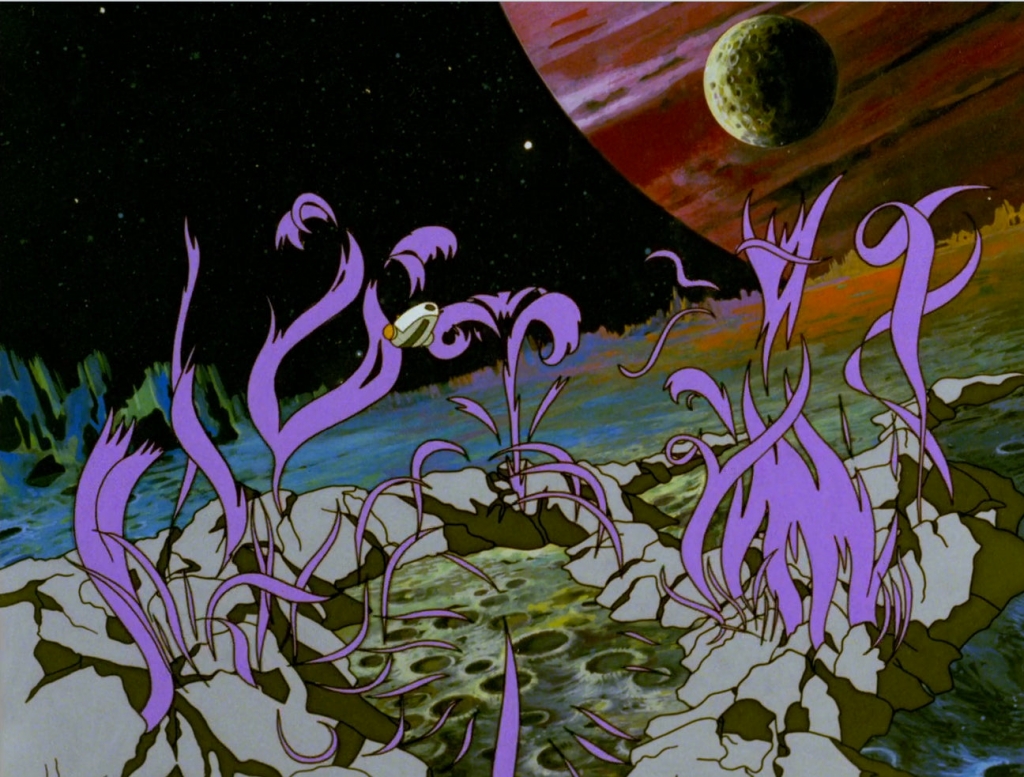 This restored release is a treasure trove of special features that all begins with a beautiful 4K restoration of the film from the original 35mm negative. The film looks and sounds stunning.

Deaf Crocodile and Vinegar Syndrome have released a hidden animated gem from Romania. Fans of sci-fi and animation are sure to want this Blu-ray release on their shelf.