Vinegar Syndrome pulls a hidden gem from the Great White North, and gives fans a treat with the Canuck horror film “Deadline”.

Horror movies are designed to elicit a wide range of emotions: fear, arousal, contentment, stress, and more. It’s these emotional pulls that draw fans to horror movies, for without them, the gore and scares alone would wear thin. One of Vinegar Syndrome’s recent Blu-ray releases evoked a different kind of emotion from me when the credits rolled. 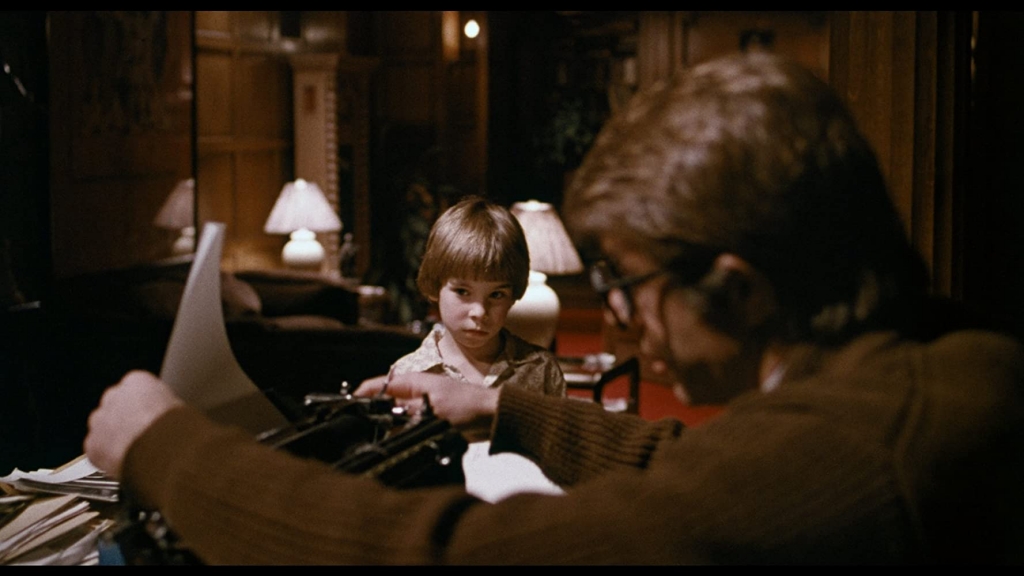 Steven Lessey (Stephen Young) is a successful horror writer along the lines of 1980s era Stephen King. His horror novels are top sellers and are being translated into hugely successful movies. Lessey’s agent pushes him to finish his next horror novel, but Lessey wants to write a “serious” story, one that will be looked at kindly by critics and move him past the trash that is the horror genre.

Unfortunately for Lessey, trying to write against the genre that gave him so much success is causing him to suffer through anxiety-ridden writer’s block. Added to his stress are his three children who long for their dad to act like a dad, and a wife who feels estranged from her husband. In her loneliness within the marriage, Lessey’s wife has turned to drugs and an affair. Both Lessey and his wife are absentee parents, often forgetting who is supposed to be caring for the children and rushing to get Lessey’s mother to the house to check on the kids.

Along with the stress associated with a broken family and trying to write a new novel, his agent is constantly pressuring him to produce a new horror novel while Lessey is also producing a new movie based on one of his books.

Deadline chronicles the decent into madness of an author fighting his impulses. 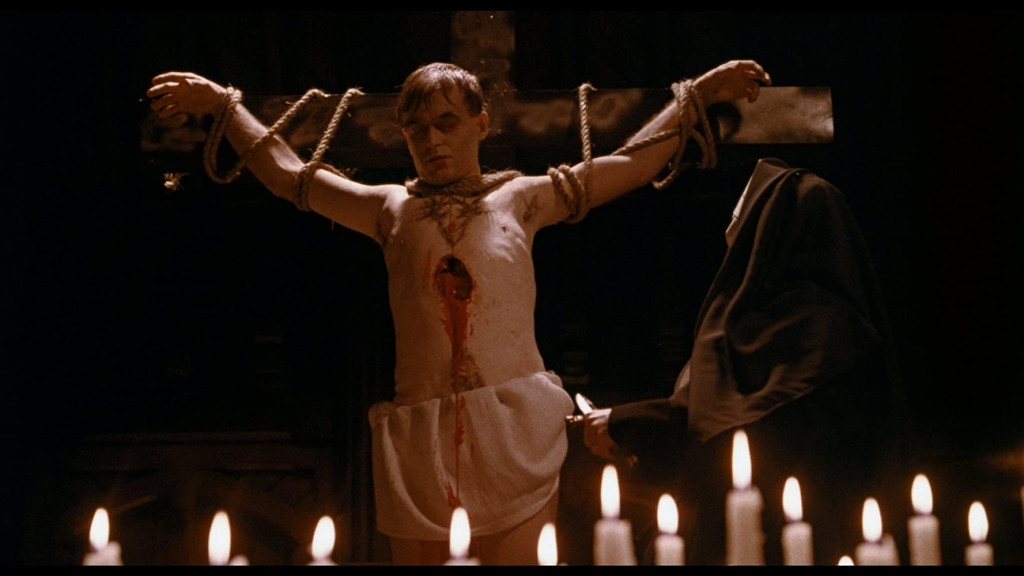 The film is intercut with scenes that show extreme horror situations imagined by Lessey.

It reminds me of a story Stephen King told in the forward of one his short story collections. King said the most frequent question he gets is, “Where do you get these ideas from?” Usually, he had no answer, but one time he finally gave his best explanation which aligns with the character of Lessey.

King described a scenario where both he and American Western author Louis L’Amour stood at opposite ends of a lake. L’Amour would envision a campsite on the shore of the water, horses, cowboys, and food cooking over a campfire. King, on the other hand, would envision a sea monster rising from the depths of the lake to eat people near the shore. 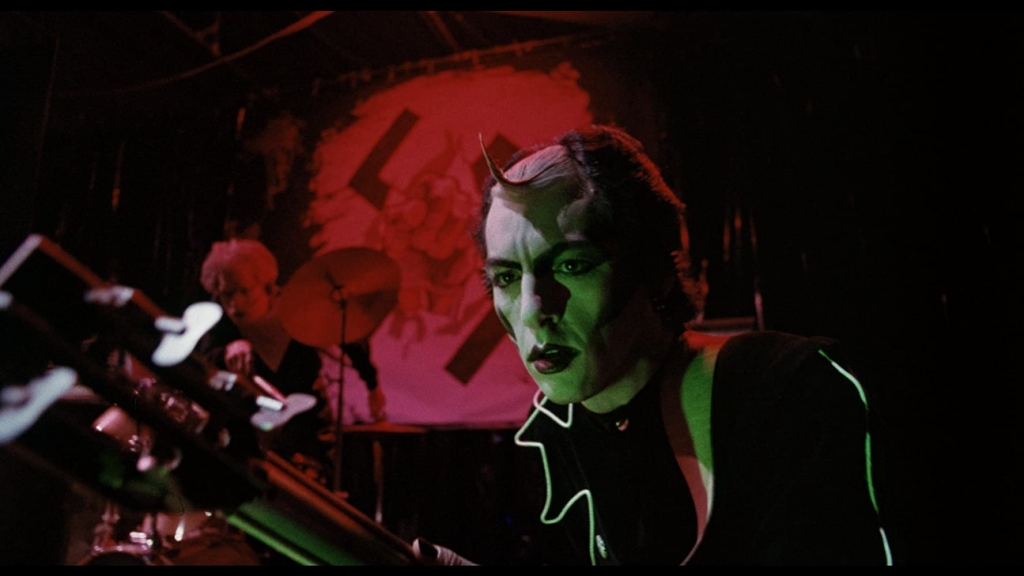 The scenes of horror in Deadline are Lessey’s version of looking at the lake and automatically envisioning a horror idea.

Unfortunately, Lessey’s fictional career begins to bleed into his real life with horrific consequences. Lessey finally snaps and fully spirals into grief and madness, bringing the movie to an ending that was unforeseen by me. Not only did the movie shake me, but it left me in a state of sadness over what happened to Lessey and his family.

“Deadline” is a hidden gem of Canadian horror, and one deserving of the wider audience that will be given to it by this new Blu-ray release from Vinegar Syndrome. 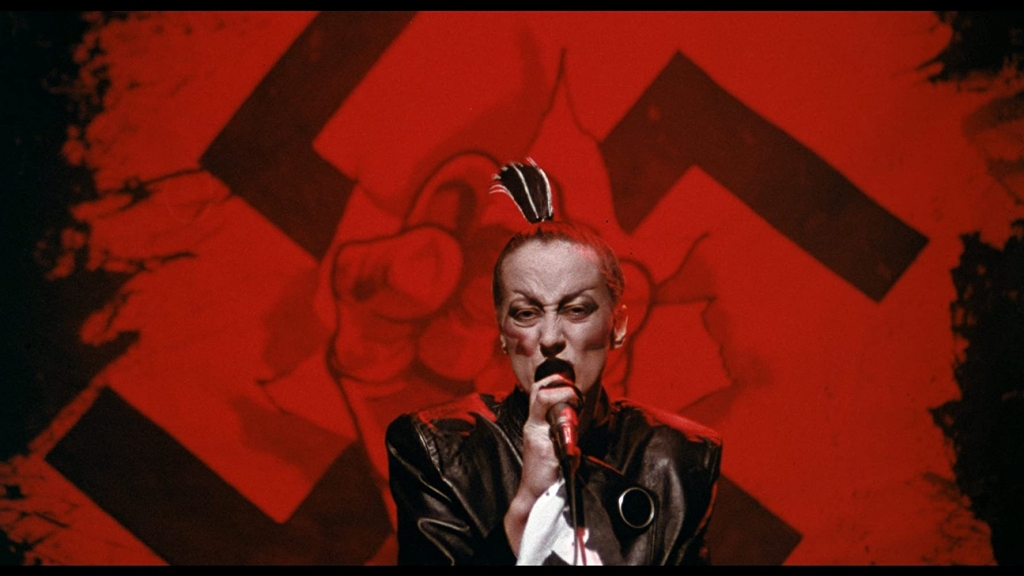 The movie is restored from 35mm vault elements, but I couldn’t tell by watching that there was any lasting damage to the film from being stored away. While Deadline doesn’t look as crisp and clean as some of the other Vinegar Syndrome 2K restorations, the film does look quite good. This is a release that would have been aided by a comparison of the negative the restorers were working from against the fully restored film.

There are two features of note on the disc, and both are interviews — one with producer Henry Less and the other with cinematographer Manfred Guthe. The interviews are interesting because both seem less than thrilled with the horror genre, even though they were part of making a solid horror movie. The intent of Deadline, according to Less, was to make an anti-horror message movie. This explains how the last half of the movie came to be. But whatever the original intent, they ended up making a solid, well-made horror movie.

Along with discussing Deadline, both talk about their careers before and after the making of Deadline.