Grab your weapon of choice, join your gang of trouble-makers, and watch “Hell Riders”, the weird and sleazy exploitation offering from Vinegar Syndrome.

Low budget, biker gangs, Adam West of Batman (1966-68), and Tina Louis (Gilligan’s Island)? Sounds like the perfect combination for a classic slice of exploitation filmmaking. Vinegar Syndrome revs up this 1984 movie that hasn’t seen a release since the early days of VHS. 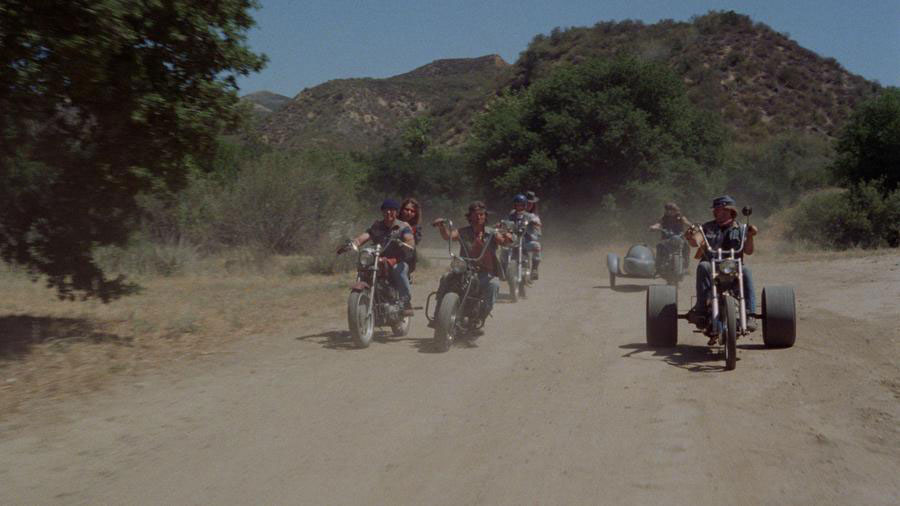 Claire (Tina Louise) is driving along and minding her own business when a biker gang, The Hell Riders, ambushes her. Claire escapes to a nearby town, but The Hell Riders soon follow. Luckily, the town is protected by Doctor Dave (Adam West), a perpetually jogging local doctor who knows how to fight and is handy with a gun.

The Hell Riders attack anyone who comes across their path on their way to Claire. A vacationing couple, a member of the main biker gang assigned to keep The Hell Riders in check, the local sheriff, and anyone in the town who stands against them. The Hell Riders are rude, crude, and violent, and don’t let anyone get in the way of obtaining their prize.

Even for an early 1980s exploitation movie, the plot is paper thin. 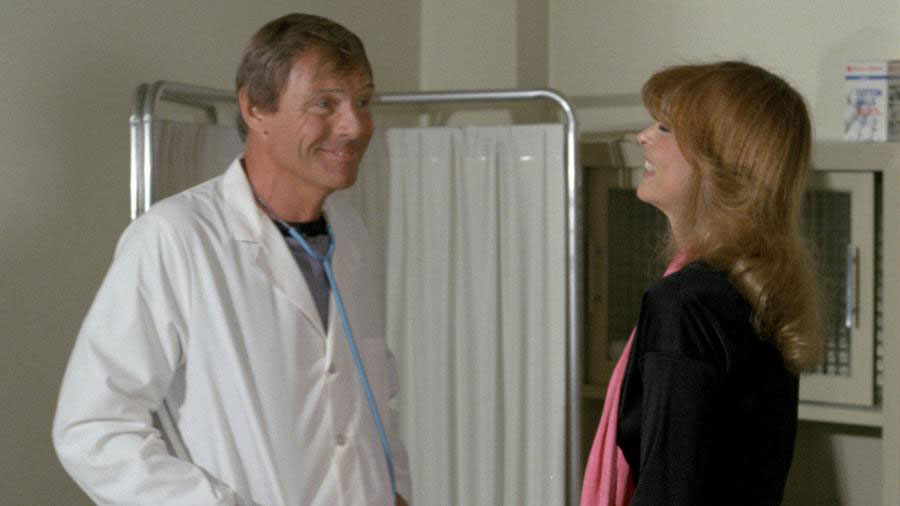 The budget limitations are readily apparent. To keep costs down, Adam West and Tina Louise filmed all their scenes in one day. One does not need a sharp eye to see that many of the scenes involving their characters, Doctor Dave and Claire, are shot using stand-ins. Most of the scenes involving the actual actors are in close-up. The stand-ins are used for long shots, or where the audience can only see their backs.

The acting is amateurish at best. The script, which is all over the place, doesn’t help them. The scenes don’t have any flow and jump around without reason or real continuity.

As an example, a couple on vacation drives through The Hell Riders’ territory, and their car is surrounded as they drive on. The wife exclaims, “We’re going to be raped!” but the biker gang pays them no mind, and the couple drive on. The couple returns later on, still minding their own business on a leisurely drive, when they are again surrounded by the bikers who finally make their vicious attack. It’s a definite, ‘but why, but where, but how, what’s happening?’ moment in the movie, of which there are many.

The film score is a kind of hillbilly rock-a-billy sound. The musical cues are repetitive and quickly become an earworm, nearly to the point of annoyance. But I did find myself unconsciously, but enthusiastically, humming along to the music about 40 minutes in to the movie.

It’s easy to dismiss The Hell Riders as another low-budget, poorly made movie, from an era littered with poorly made films. 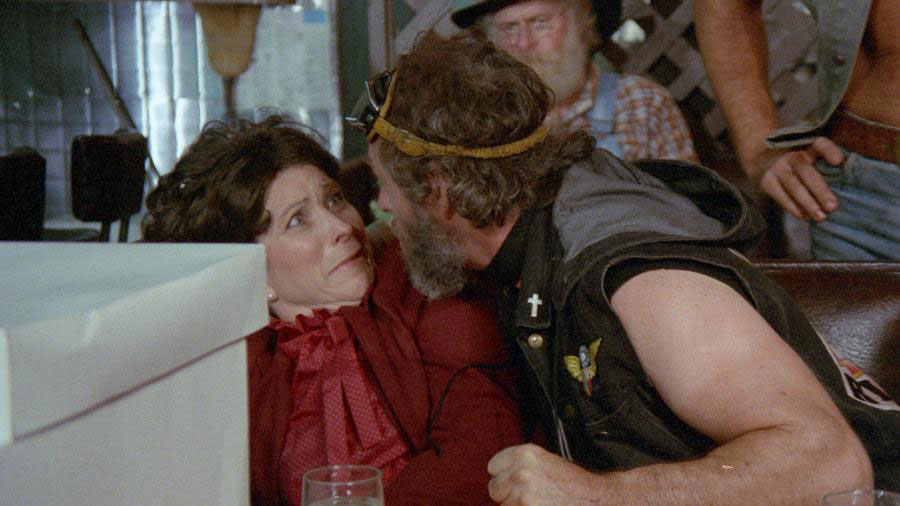 But I encourage fans to watch the interview with director James Bryan before, or just after, watching the movie. It doesn’t help improve the experience of watching The Hell Riders, but it definitely helps one understand how and why the movie turned out the way it did.

I think my wife, who was watching The Hell Riders with me, summed up the movie the best when she said, “There aren’t enough boobs to distract from how bad a movie this is.” 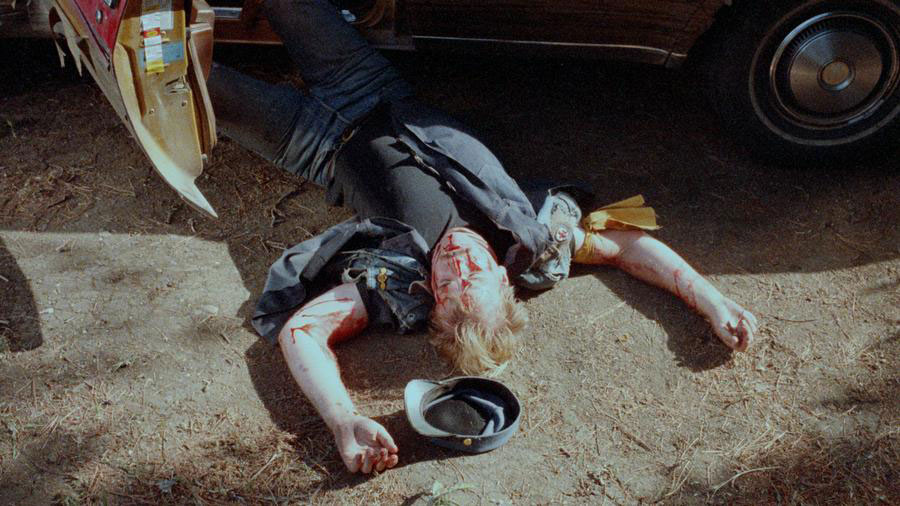 There’s not much in the way of features on this disc. I haven’t seen any previous version of this movie on VHS, so I can’t speak to the quality of the 2K scan. The picture and sound are clear, though the footage does show some wear and tear which is to be expected.

The interview with director James Bryan sheds much-needed light onto the making of The Hell Riders. Bryan covers the casting of the film to working with writer/producer Renee Harmon, who cast much of the film with students from her acting class, to working with stars Adam West and Tina Louise. Bryan’s recollection of working with Tina Louise is fascinating and a must listen. His solution to easing some of her concerns is, I think, a unique one.

The disc contains a storyboard gallery, and the release also comes with a double-sided poster. 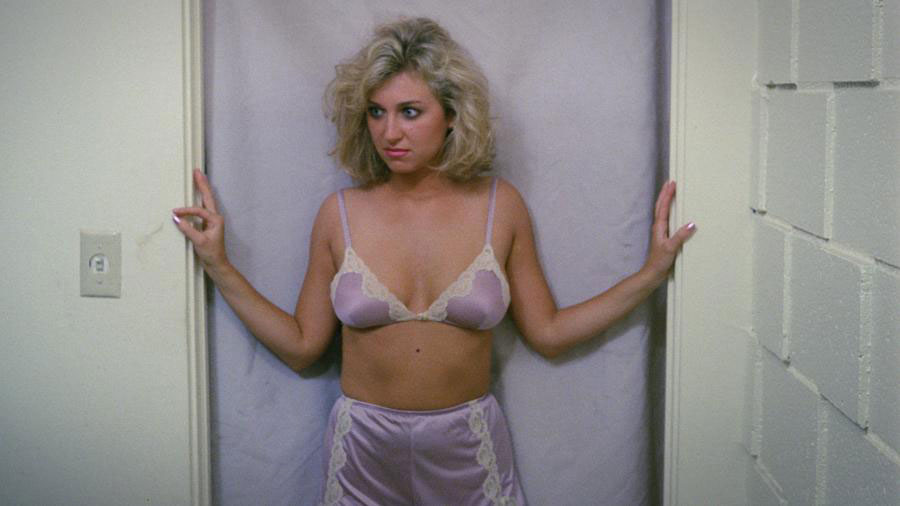 This release for Vinegar Syndrome Archives is one of their more interesting releases. The movie is, without any doubt, bad. I thought, at one time, that Manos: The Hands of Fate was probably the worst movie I had ever seen, but The Hell Riders has certainly topped Manos.

To its credit, the movie is entertaining in its own way. I can’t say I was ever bored or disinterested while watching it, and daresay I had a fun time watching it.

The interview with James Bryan, alone, makes this limited-edition release worth a look from fans of grindhouse/exploitation movies.