Though it may not be the most terror-filled film, “The Black Phone” is a beautifully crafted thriller that’s deeply satisfying. 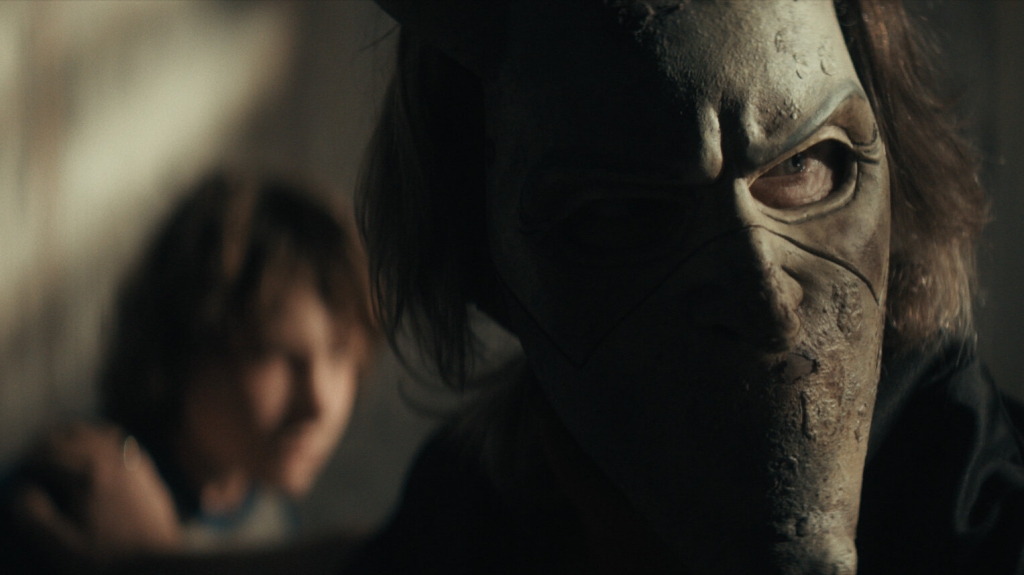 If you loved 2012’s Sinister, then you don’t need to be told what a dream team director Scott Derrickson, co-writer Robert Cargill, and star Ethan Hawke are when it comes to horror and suspense. The Black Phone is brought to you by the same trio.

It’s also based on a 2004 short story by Joe Hill, son of the legendary Stephen King, so it’s not hard to see why it was such an anticipated release. In addition to Hawke, The Black Phone also stars Mason Thames, Madeleine McGraw, and Jeremy Davies, among others.

The viewer is transported back to 1978 – a time when flared jeans were still all the rage, The Ramones were all over the radio, and serial killers like Ted Bundy were still making headlines. At the center of the story are 13-year-old Finney (Thames) and his younger sister Gwen (McGraw).

Like many kids one tends to meet in horror movies, Finney and Gwen have more than their fair share of problems on their plates. Not only is Finney dealing with bullies, but Gwen takes after her mother in that she has psychic dreams. Both are coping with an alcoholic father who has more or less left them to raise themselves.

And as if all that’s not enough, Finney is eventually targeted and kidnapped in broad daylight by a masked child killer known only as the Grabber (Hawke).

However, something isn’t quite normal about the dungeon-like soundproof basement where Finney’s being held. He keeps receiving mysterious calls from the Grabber’s former victims via a disconnected rotary phone near his bed.

Meanwhile, Gwen’s hard at work using her psychic abilities to help authorities find her brother. In other words, Finney may not have the reliable adults he deserves in his life, but he’s definitely got the support of other strong, determined children (living and otherwise) – something that keeps The Black Phone interesting and gives it heart.

If you’re thinking The Black Phone sounds oddly reminiscent of films based on classic Stephen King novels like It or Stand by Me, you’re definitely not wrong. 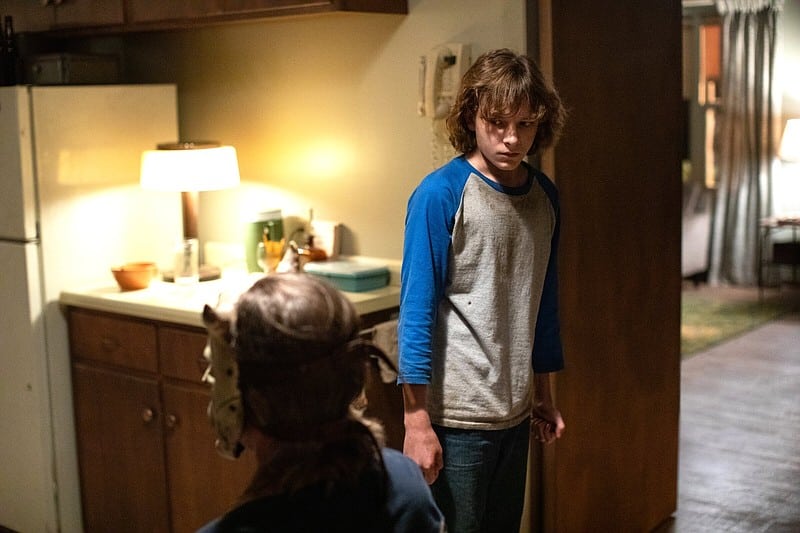 Joe Hill definitely showed that he takes after his dad when it came to the source material here. However, he does it in a wonderful way that Derrickson, Cargill, and Hawke used to their advantage.

This isn’t the type of film that knocks you back with a lot of gore or has you jumping out of your skin because of scares.

Yet, Ethan Hawke delivers a performance that’s certainly chilling enough in its own way with its strong hints toward a fractured personality and unprocessed childhood trauma. And the horror elements aren’t truly the meat of what THE BLACK PHONE brings to the table.

This is a film that also addresses issues like abuse, childhood neglect, and the ways abuse can cycle through generations in poignant, meaningful ways.

It also does a brilliant job of highlighting the resilience of children and the importance of childhood camaraderie.

The late-1970s nostalgia is seriously on point here, too. 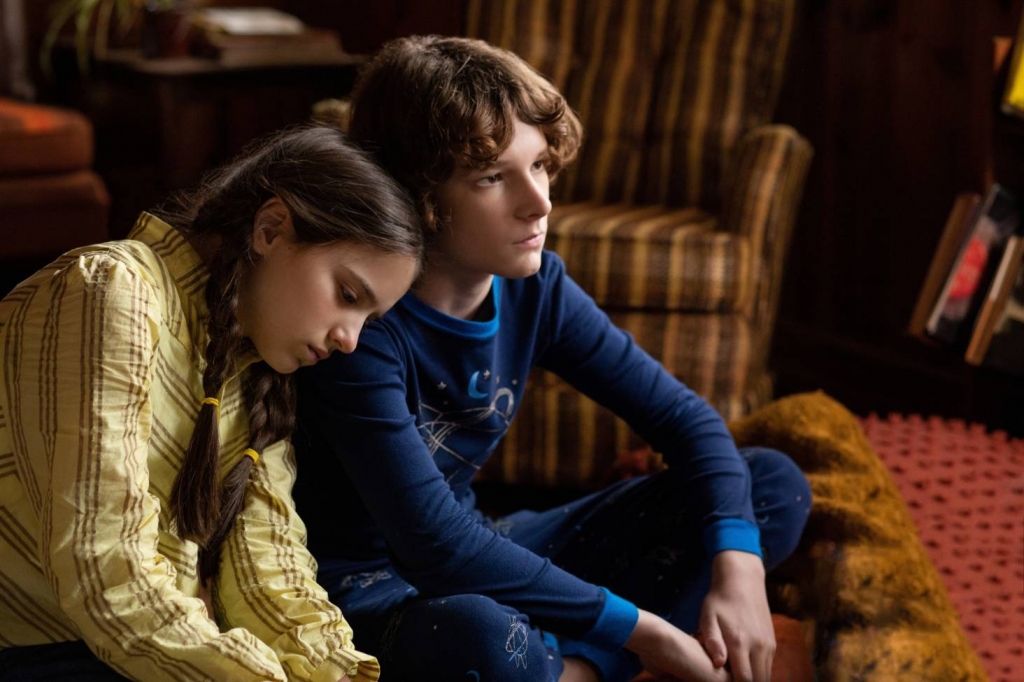 Many performances stand out here, and that naturally includes Ethan Hawke. You’d never know he was originally reluctant to play a villain, as he really brings the Grabber to life.

Still, it’s Mason Thames and Madeleine McGraw who really steal the show with electric, heartfelt performances that give this film a heartbeat. You care deeply about these characters and want to see them rise above their circumstances, which seems possible given their incredible connection and love for one another.

So while The Black Phone probably won’t keep you up at night with horrific images or scares, it will leave you glad you dialed into this compelling thriller.

The Black Phone is now available to rent or buy on demand for around $20. If you have a premium subscription to Peacock, you can start streaming on August 12th. And you’ll be able to own it on Blu-ray or DVD beginning August 16th.