Rick and Nik take a break from their scary campfire tales to reminisce with an old friend about another 90s Nick phenomenon, Doug.

Rick and Nik pull out their Journals and invite over a special guest David Cairo to discuss the hit NickToon, Doug!  Join them on a trip to FunkyTown as they talk all things Halloween in Bluffington.

Join filmmakers Richard Tanner and Nik Uttam as they look back fondly on every episode of the hit 90s show from Nickelodeon that influenced so many young horror fans: ARE YOU AFRAID OF THE DARK? And this week, the boys take a special detour with another 90s Nick essential, DOUG!

This week, we also welcome a very special guest, David Cairo, the star of FrankenThug and life-long friend to Richard Tanner.

In Doug’s Halloween Adventure, Doug and Skeeter hear about a new ride at Funky Town called the “Threshold of Death.” Doug wants one last Halloween filled with a safe night of trick or treating but they are in for more than just a thrill ride when it comes to facing their fears and town bully, Roger.

Richard and David remember their childhood together and watching this episode on an old school big screen box tv and help Nik with the traumatic memories of only getting to ride his bike in circles in his driveway (it’s sadder and funnier than it sounds). 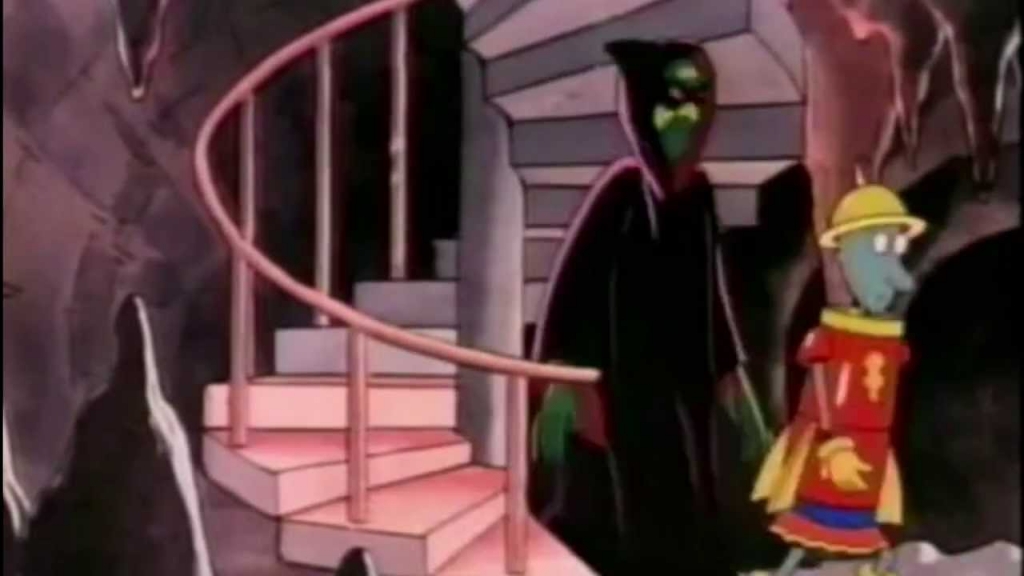 The Campfire Counselors (that’s what I’m calling us from now on, deal with it) skim the episode and talk about the first horror films they saw in theater and ones that haunt their nightmares to this day…even if they don’t actually live on Jumbo Street.

Join us on our first special (and David’s first podcast ever) as we deal with getting old, childhood fears and the fact that none of us won that Nickelodeon Room Makeover.