Not slapstick enough to be “Airplane!” and not clever enough to be Monty Python, this genre spoof takes time to get funny but redeems itself. 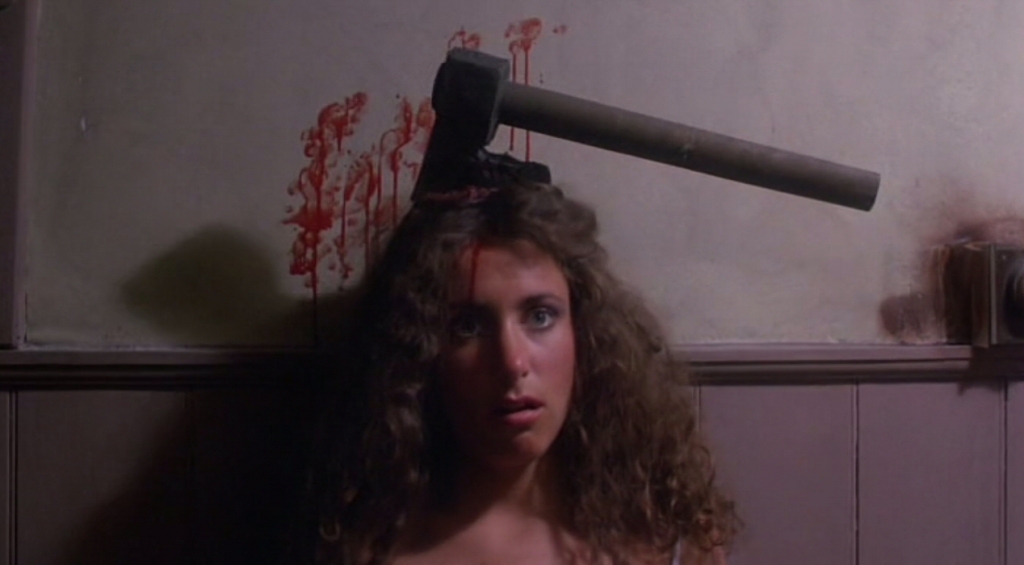 Paranormal Scientists investigate strange happenings at the site of a brutal massacre in this horror parody. Let’s dig into 1984’s “Bloodbath at the House of Death”, directed by Ray Cameron!

We start out with a massacre that is equally comic and brutal and sets a confusing tone. We know we’re in a horror film but the comedy element doesn’t quite settle in as seamlessly.

A great title card leads us a few years into the future after the murder of the eighteen occupants of a Businessman’s retreat/Girls Summer Camp (a natural marriage that surely would garner no inappropriate scenarios).

For the first fifty minutes, there really isn’t much to laugh about. Any attempts at jokes fall terribly flat. It’s not even self-deprecating. But when that fifty-minute mark hits and the invisible ghost has his way with Ms. Coyle, their post-coitus scene is what gets the engine really going.

The best joke of the film, as the floating cigarette ends up in the ashtray and the spirit has apparently flown the coop, Ms. Coyle delivers the line: “I guess I’ll never see him again.” It’s not gonna split your side, but it’s delivered perfectly in that Madeline Kahn in Young Frankenstein cadence. 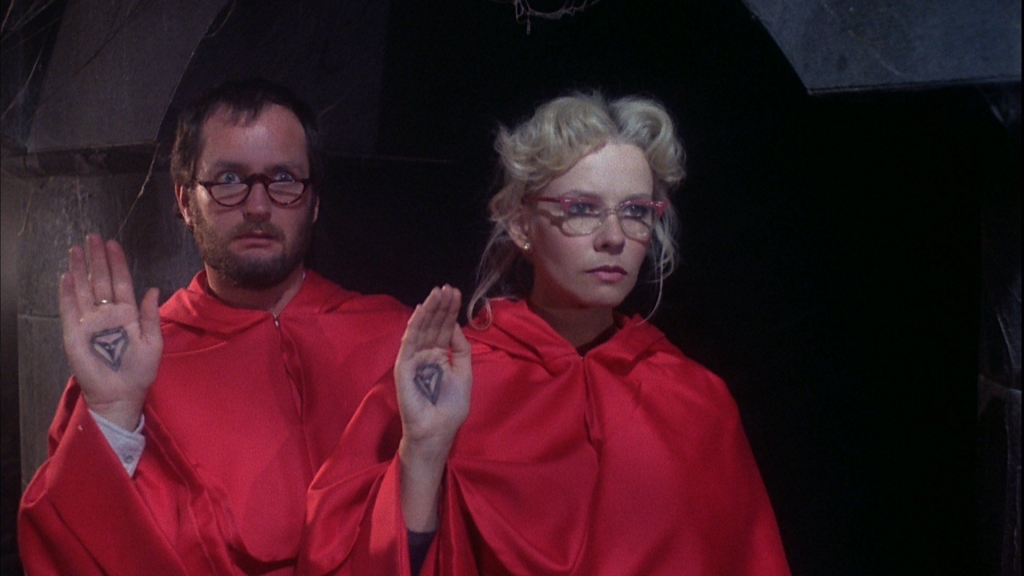 Vincent Price doesn’t have a huge role, but his screen time is special as we get to see him ham it up. He was so damn versatile it seems inhuman.

Some good set dressing (specifically the bathroom scene) and a lot of hand puppet work (mole creature, killer teddy bear), keep the pace moving from here on, and it’s an enjoyable film once they take the training wheels off.

The ending is bizarre and completely unexpected, but it is part-comedy after all.

The Master of Macabre himself, the horror titan, Vincent Price, plays a small but brilliant role as the Sinister Man, the head of the monk cult which summons the murderous doppelgangers.

This will be divisive, but a large plate of context must be served to stomach the “bundle of sticks” joke. Posthumously, it has been revealed by his daughter that Price was in fact Bi-Sexual and kept multiple relationships with men. This is in no way excusing a joke that would not go over today, but before you burn your copies of House of Wax, consider the nuance and complexities of the character. 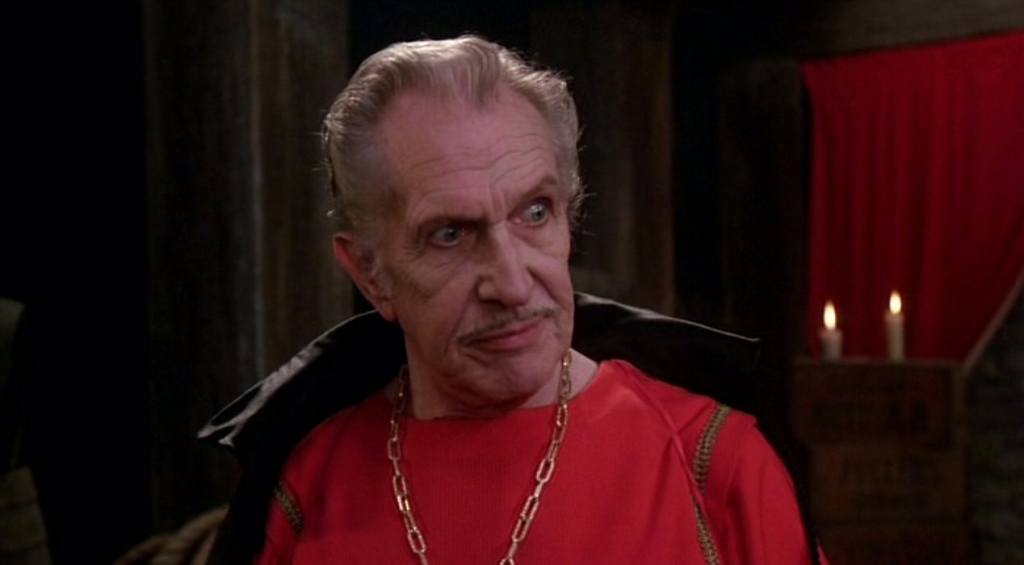 Pamela Stephenson’s (Barbara Coyle) performance during the ghost coitus scene turns the film around. Until then, there was nothing funny happening and the only redeeming value was Price’s flamboyant brilliance.

Horror parodies have been done better and there is nothing terribly remarkable about this particular story.

There is a DVD available and it is not too hard to find.