Even with the original Shock Rocker Alice Cooper, “Monster Dog” is never able to fully exploit the close relationship of Horror and Metal.

A Rock Star returns to his familial home to film a music video, but there’s a Werewolf on the loose. Let’s dig into 1984’s “Monster Dog”, directed by Claudio Fragasso!

It’s usually a compliment to a film when it feels like the hour and a half went by fast. I don’t know that’s the case here. There’s plenty of pleasing elements, specifically the lighting (I would even posit Argento-esque) in the wood’s scene and the climax. But overall, they underutilize their assets.

There are few artists in Rock and Roll history with a better eye for stage production and setting than Alice Cooper. Instead of leaning on him to steer this ship, we open with a music video that he’s dressed square for most of.

The two songs that Cooper produced specifically for this production and for his character aren’t his typical sound, but they’re good enough to be stuck in my head. They also utilize two songs from The Alan Parsons Project that make me wonder what a 1980’s giallo film could have been like with a Giorgio Moroder score. 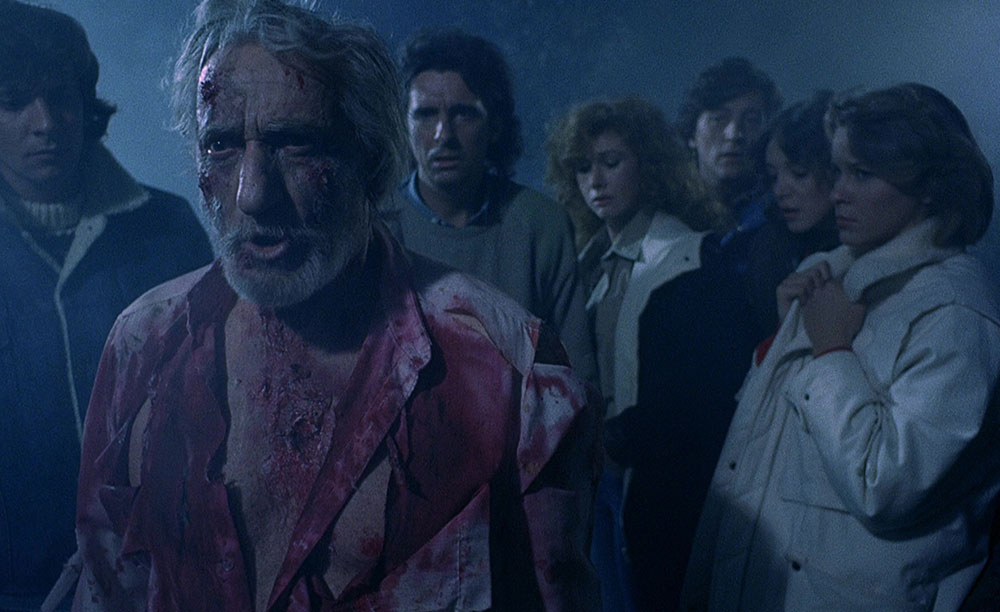 Although it portends from the early stages to be a Werewolf story, it’s missing the requisite energy that accompanies most other lycanthropic tales. The inevitable transformation scene is the bottom of the barrel when it comes to its furry peers.

A good enough ending transitions to another music video, a redux of the first song “Identity Crisis”.

It’s Alice Cooper! Sans make up of course. This was a comeback of sorts, as he had just come out on the other side of Alcoholism and having been dropped by his label.

Carole James (Angela) played the indolent Maid Lisa in Rest in Pieces, which we dug up earlier this week.

I’d love to know why Alice Cooper’s voice was dubbed for English by someone other than Alice Cooper. The dubbing is frustrating and hard to understand at times.

Victoria Vera (Sandy) is stunningly beautiful and has enjoyed a long and busy career in Spanish film.

A rather specific meta plot wrapped around a werewolf film doesn’t warrant revisiting unless you have an engrossing Rock Star in mind to feature.

No feral pups to report.

Kino Lorber released a Blu-Ray with a Making of featurette. You can also stream Monster Dog on Tubi.