With no lack of star power and a dearth of seriousness, “Sundown: The Vampire in Retreat” is a horror comedy with a Western twang; a bloody good time. 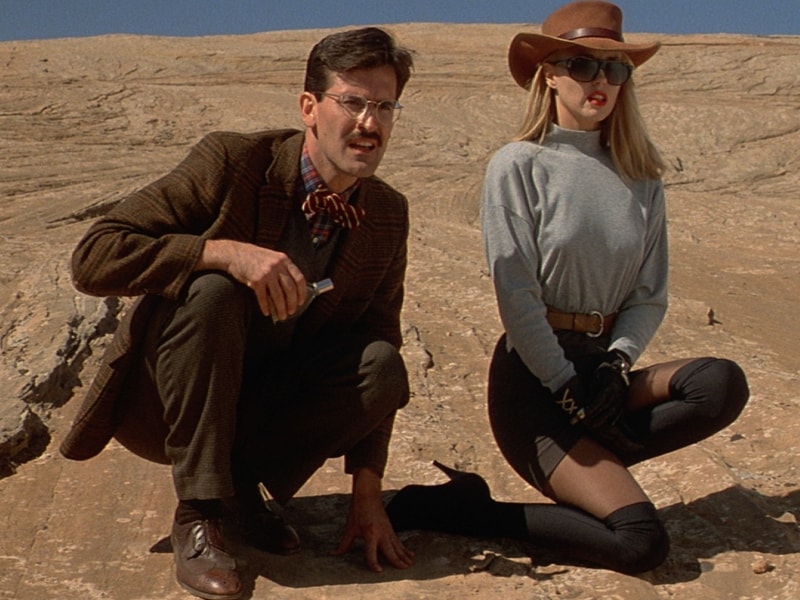 A community of vampires have moved out west, trying to change their way of life by replacing their murderous feasts with synthetic blood, but some of them have too deep of a bite on the ways of old. A scientist and his family and a vengeful descendant of Van Helsing get stuck in the middle of a Vamp civil war. Let’s dig into 1989’s Sundown: The Vampire in Retreat, directed by Anthony Hickox.

One of the final releases from fabled Vestron Pictures, it bothers me that this one slipped by my purview. In the town of Purgatory, they either kill you or turn you, and I’ve turned. I bite into the puns and comedy full bore.

Most of the film is slick, and the production value, though minimalist, is spot on. Every vampire film needs a secret crypt that hides behind a library bookshelf, and this film delivers on that. Unfortunately, when the kids descend those cement steps, the true budgetary constraints are revealed; haphazardly fastened curtains replace doors, and a coffin is flanked by unevenly placed hangings.

Like I said, I’ve already bought in, so this isn’t deterring me. But I’m understanding how this was the last exhale of a soon bankrupt studio.

Shane, played by Maxwell Caulfield (OMG! Rex Manning!), is the only element of this film that takes itself seriously. Maybe the eternal blood that runs through his veins is the cause behind his mutating accent as he goes from romantic, Gothic style Drac to full on Wyatt Earp and back.

This film throws a lot at us and a lot of characters to follow. There’s Bruce Campbell’s Van Helsing ancestor, who isn’t introduced until a half hour in — and never poses much threat other than to steal our giggling hearts, again. Then there’s Dana Ashbrook’s Jack, whose camping trip is interrupted by the murder and decapitation of his cocaine hound friend. There’s also Jim Metzler’s David Harrison, the creator of the synthetic blood, and his campaign to aide production and “save the town”.

Finally, we have Jefferson, played by veteran actor John Ireland, as well as his rebel army ready to start a civil war to keep the traditions of old ingrained within their community.

It’s a lot to follow, but the refreshing amount of comedy makes it a much easier pill to swallow. It’s actually quite successful, right up until the ending — which, sadly, falls a little flat but luckily not enough to leave a bad taste in your mouth.

Oh, I almost forgot about the bearded bat puppets and their voice over dialogue. It made my chest shake every time.

The list is long: David Carradine (Kill Bill), Bruce Campbell (The King, Baby), M. Emmet Walsh (Blade Runner), Maxwell Caulfield (M’F’n Rex Manning!), Dana Ashbrook (Twin Peaks). Even the smaller parts are stocked with Actors you are sure to recognize from that movie you saw but can’t remember the name of.

There is a split-second glimpse of a full-bodied Bat-Man suit that must have cost a significant part of the reportedly $2.8 million budget. Considering it saw such little screen time, hindsight would prove its construction unnecessary and could have lent to improvements elsewhere in the production. They did use an image of the Bat-Man on the original cover art, but I’m still not sold.

Who hasn’t imagined themselves in Laura Palmer’s shoes (pre-murder), being given a shot at dating Bobby Briggs? I’m positive most of us would choose Dana Ashbrook instead of a steady supply of cocaine. He plays a small part as an unlucky camper who stumbles upon the vampiric town of Purgatory before joining the blood sucking residentiary. 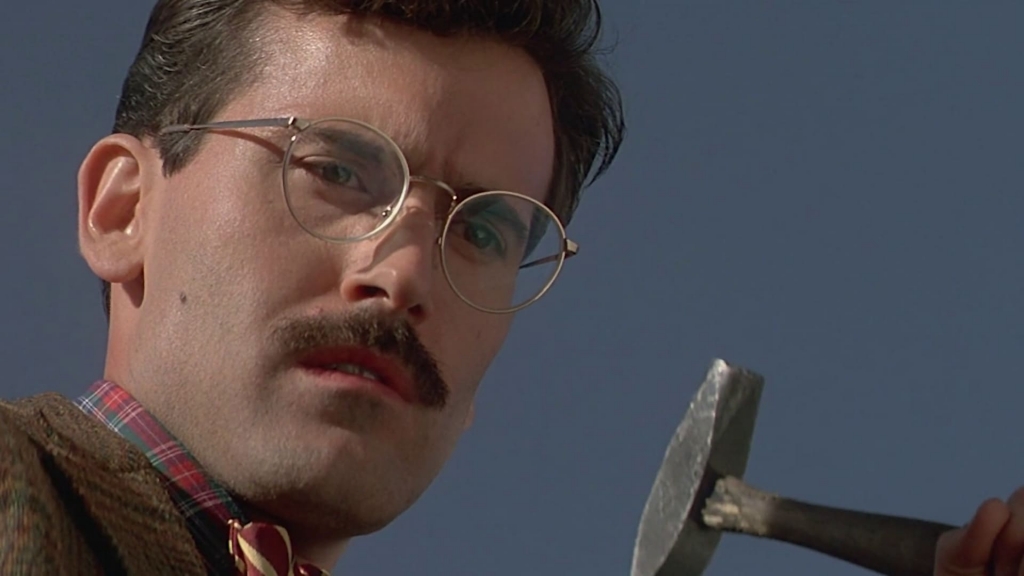 It may sound ridiculous, but this may fall under the guidelines of “let a good thing lie”. By no means a masterpiece, it has a lot of heart that won’t be duplicated — as the excellent cast was assembled at just the right time in their careers when they were brilliant but still affordable. Skip the remake, and let’s just agree to open the crypt once a year and enjoy this hidden treasure.

An argument can be made that HBO’s True Blood borrowed the synthetic blood premise but left the puns and Macho Man sunglasses in the coffin.

Sundown has yet to see a Blu-ray release but can be hunted down for cheap on DVD with a decent number of extras, or on VHS. It is also available to stream on Amazon Prime.