If you’re in the minority of horror fans who still haven’t seen the supernatural blockbuster (based on reportedly true events) The Conjuring, or if you just want to a refresher before the premiere of the highly anticipated sequel, now is your chance to see it for FREE! This Friday the 13th,  James Wan’s The Conjuring will be showing at 13 haunted or “spooky” locations across the nation, including Los Angeles, Toronto, Chicago, Miami, Washington DC, Salem, Vancouver, Dallas, Austin, Detroit, Cincinnati, and Sacramento.

Los Angeles fans can catch an outdoor screening of the film at the Hollywood Forever Cemetery. In Chicago, fans will see the film at the haunted Music Box Theater. In Sacramento/Ione, it will be screened at Preston Castle, a reform school for boys built in 1894.

Set in 1970, paranormal investigators and demonologists Lorraine (Vera Farmiga) and Ed (Patrick Wilson) Warren are summoned to the home of The Perrons family, victims to an insidious haunting. The Warrens soon discover the house’s macabre past as the evil spirits become more aggressive and dangerous.

Anybody who arrives for the free screenings will receive mini movie poster, and 13 lucky winners will be randomly selected at each showing to receive free passes to the preview screening of The Conjuring 2, in advance of the nationwide release on June 10th.

Fear not… The Conjuring 2 is Coming!

The Conjuring 2 will open with a glimpse into the famous Amityville Horror case, before delving into the story of the Enfield Poltergeist. Paranormal investigators Ed and Lorraine Warren (with Patrick Wilson and Vera Farmiga reprising their roles) return in the sequel, traveling to England seven years after the Perron case to help single mom Peggy Hodgson and her four children (especially Janet, played by Madison Wolfe) as they’re haunted by a malevolent spirit. 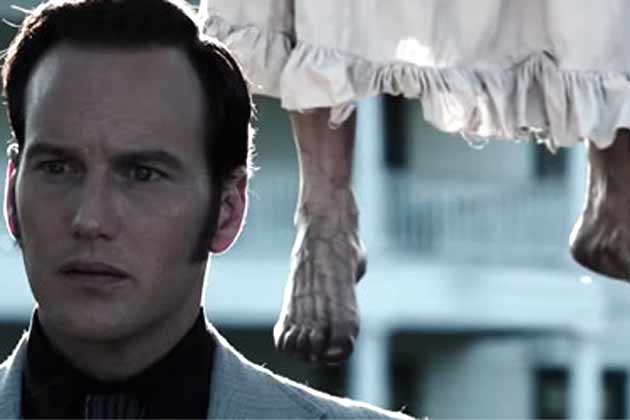 The Conjuring 2 will star Frances O’Connor (The Missing) as the single mom, with newcomers Lauren Esposito, Patrick McAuley and Benjamin Haigh as her children. The movie also stars Maria Doyle Kennedy (Orphan Black), Simon Delaney (Roy), Franka Potente (The Bridge), and Simon McBurney (Mission Impossible: Rogue Nation). The film is directed by James Wan, who also wrote the screenplay, along with Carey and Chad Hayes and David Leslie Johnson.

Note: The Conjuring free screening event is full as of right now. But you can join the waiting list at the link below.