Having missed the original 2006 indie horror film Hatchet upon its initial release, as well as its subsequent sequels, I made the decision recently to finally check out the modern slasher series written and directed by Adam Green. The series features a vengeful ghost known as Victory Crowley (played by horror icon Kane Hodder), who brutally murders anyone unfortunate enough to land on his island.

I’ve been sharing my thoughts on the series, beginning with Hatchet and followed by the 2010 sequel, Hatchet II. Having just finished the last film in the original trilogy, 2013’s Hatchet III, I’m eager to discuss the finale to the series (prior to the surprise release of Victor Crowley in 2017).

It also happens to be Women in Horror Month, and the Hatchet series revolves around a strong and intelligent final girl who goes head to head with the terrifying Victor Crowley without fear or hesitation. In fact, the third film is the most female-centric of the series, featuring not one but two whip-smart and tough-as-nails leading ladies (played by actresses who also happen to be among horror royalty). 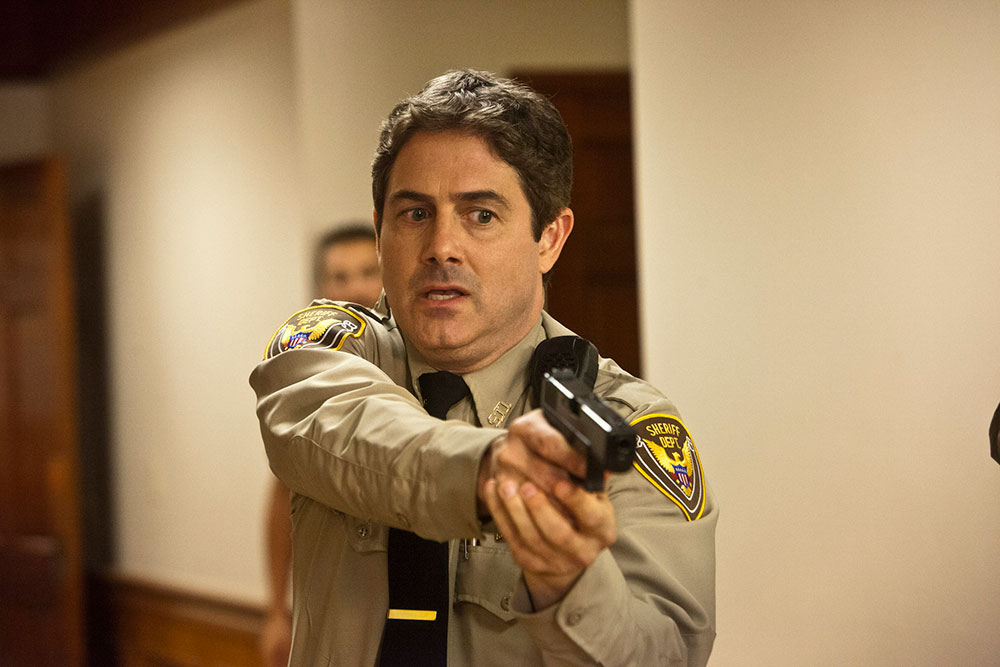 Hatchet III begins with a bang and never loses its momentum.

Once again, the lone survivor of Victor Crowley’s murders, Marybeth (Danielle Harris), is alone on the island with the killer. Hatchet III picks up immediately where Hatchet II ended, and the action starts immediately.

The audience sees Crowley is still alive before Marybeth does, which creates a tense atmosphere right from the start. She manages to find a weapon and destroy him in a very gruesome way, leaving nothing of Crowley’s remains intact.

This really helped to pull me in and keep me invested in where the story was going. I knew from the first two films that, just because Crowley had been hacked him and his head removed from his body, this still didn’t mean he was really dead. During Crowley’s absence from the film, I waited anxiously to see when he would show up again and what he would do.

The setup to this movie was rather interesting.

Marybeth hacks Crowley to bits using a hacksaw. She then goes to the police station to tell them about all of the murders Crowley committed. Of course, everybody at the station thinks the legend of Victor Crowley is merely a myth, and they lock her up. It’s not hard to imagine why they believe the woman standing in the station, covered in blood and holding a person’s scalp while raving about an urban legend is a dangerous threat rather than an innocent victim.

The “skeptical cop” element really allowed for Hatchet III to have a distinctly different feeling from the first two movies. 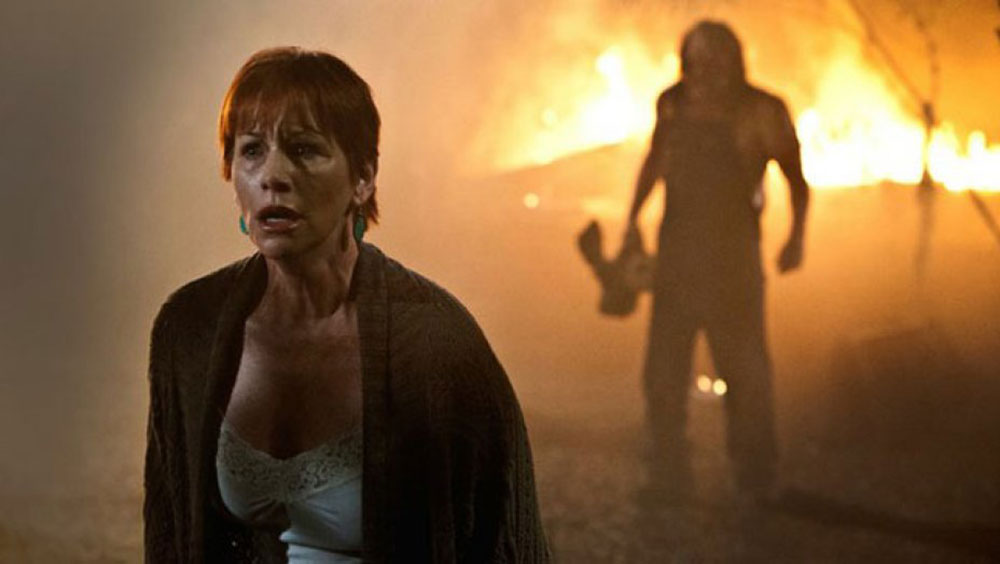 In this film, we also get the addition of a new character, bringing another iconic scream queen to the cast.

Marybeth stays true to the character she was in the other films. We see her trying to take charge, but she is ultimately stuck with people who think they know better than her. While it seems like Amanda is poised to be a strong ally for Marybeth, she takes control to the point that Marybeth becomes angered by Amanda’s know-it-all attitude.

I really enjoyed how stubborn the character of Amanda was and how she actually had a plan. She knew what needed to happen to end the curse. Her inclusion brought another example of a character in a horror film who actually thought rationally and seemed to know what to do.

What I loved most about the film was that it wasn’t just another rehash focused on a group of people trying to escape the island.

Green enriches the storyline by adding more character depth and offering a compelling side story involving the journalist and our heroine, Marybeth.

The film’s ending leaves the audience feeling very uncomfortable yet satisfied. Crowley is dead again, seemingly for good, and Marybeth and Amanda are both still alive.

After the film ended, I felt that Hatchet III delivered on all fronts — providing a fulfilling conclusion to an excellent slasher series.