As a group of people try to overcome the curse of Victor Crowley in “Hatchet 2”, we discover the real source of evil is more man than monster. 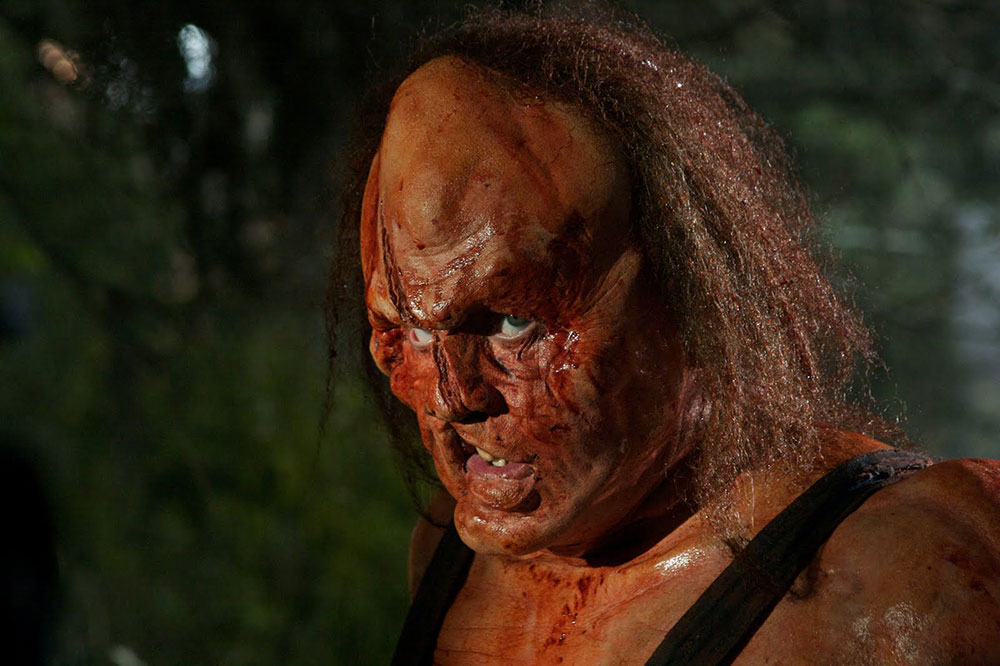 Any time a film has a sequel, it tends to be a hit or miss situation. Sometimes the sequel is amazing and expands upon the story, making everything more interesting. Other times, it just feels like a remake of the original story that was ultimately unnecessary. After watching Hatchet II, I am incredibly glad that director Adam Green continued the original story — even giving audiences an additional two extra films in the Hatchet franchise.

Following the events of the first film, Marybeth (Danielle Harris) returns from the tour looking for answers. After spending the previous night stranded on the island haunted by Victor Crowley, who ended up killing everyone except her, she wants answers. As the sole survivor, she wants to put an end to Crowley once and for all. Crowley also killed her father and brother during the events of the last movie, so her revenge is very personal.

Returning to the shop where she bought the tour, Zombie (Tony Todd) gives her a legend about Victor Crowley that is completely different than the one she knew previously. According to Zombie, Crowley only haunts the island because of how he died due to bullying. He’s going to stay until those who wronged him are finally killed and he gets his revenge. 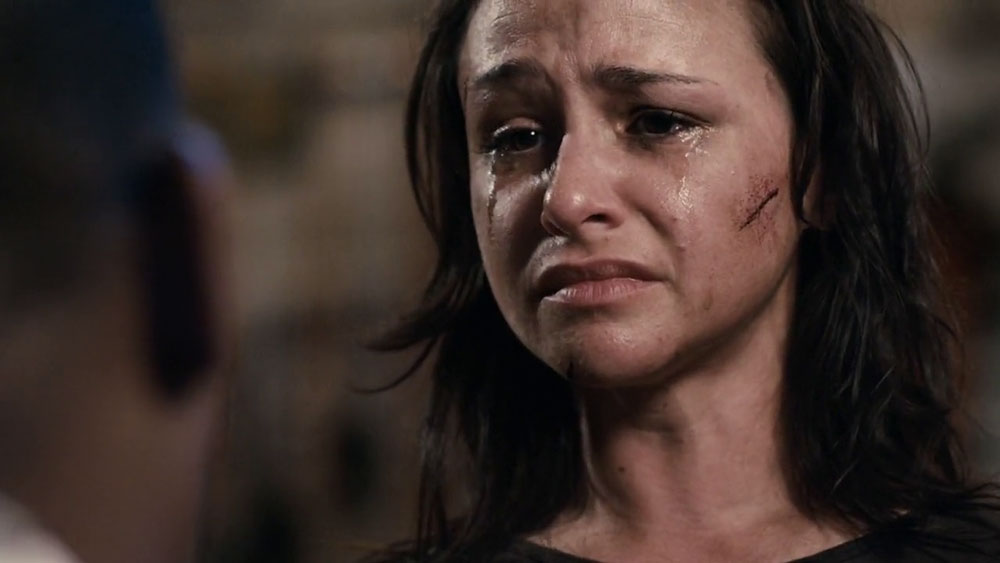 Although it is a direct continuation of Hatchet, the film has a completely different feel than the first movie.

It focuses more on the character relationships and trying to put an end to Crowley, whereas Hatchet was a group of people trying to survive the night. I liked the film’s plot, but I didn’t feel that it quite measured up to the first film. It seemed to focus more on the individual characters trying to accomplish a mission than what I want in a horror film (specifically high tension scenes).

I would have liked the characters to have more fear and be placed in more high tension situations. It has less of the comedic moments than Hatchet did and, to me, came across as more of a horror drama than a horror comedy, as it is noted on IMDb. I think the movie takes itself too seriously and is not quite as enjoyable as the first film in the series.

From a broader perspective, I really enjoyed a certain idea this film portrays. 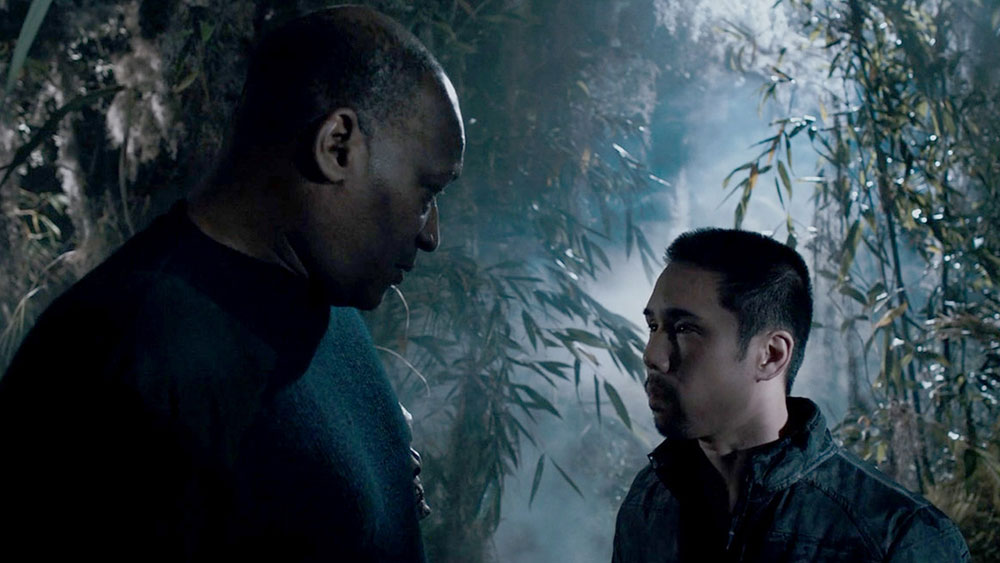 It’s a shining example of “the real monster is the human” trope.

Although Crowley is the killer, it’s Reverend Zombie’s fault that the group even went to the island in the first place. According to Zombie, Victor Crowley haunts the island, killing everybody who comes to it in the hopes he will one day kill one of the three people that were ultimately responsible for his death. The group responsible includes Marybeth’s father and Uncle Bob (Tom Holland). Zombie wants her uncle dead, believing this will end the curse forever.

Zombie calculates every single thing he does, hoping to end Crowley through the alleged curse. He offers a group at his shop $500 to retrieve his boat from the previous night. As the meeting progresses, he adds that if they kill Victor Crowley, he’ll pay them the sum of $5,000. He’s fully aware that all of these people won’t make it through the night. As the film progresses, it’s clear that he doesn’t care and doesn’t think he’s at fault. 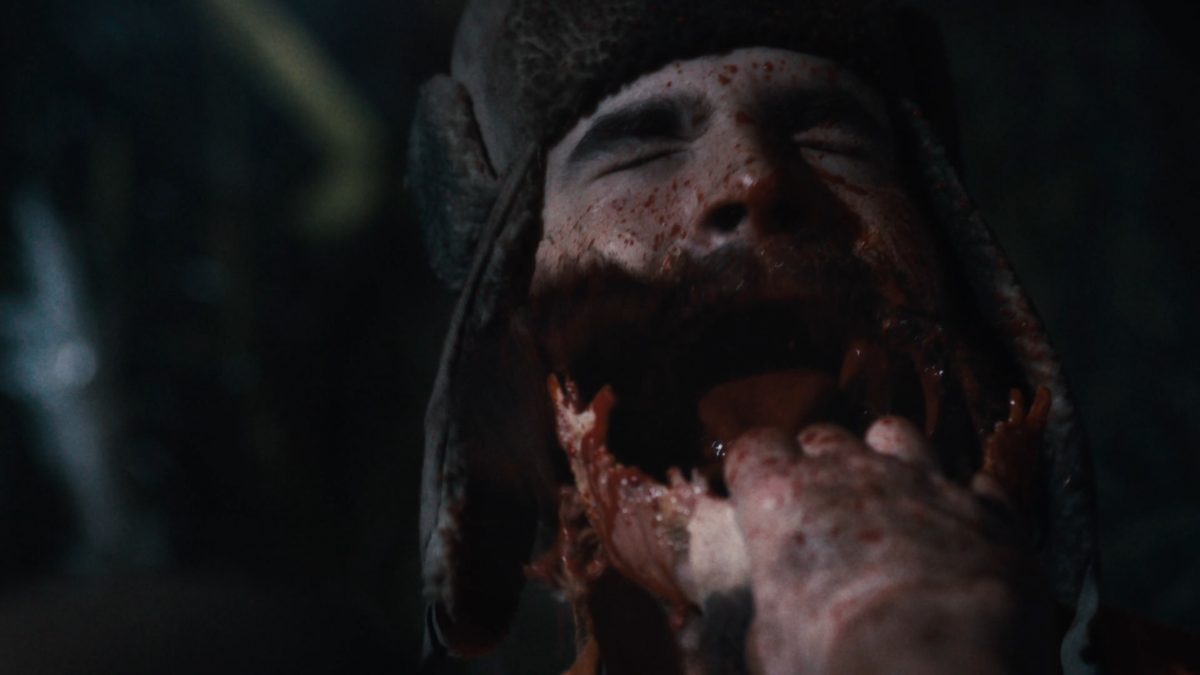 Obviously Crowley is the one killing everyone, but Zombie allows it to happen.

Although each action seems like a split second, passive decision, it ultimately turns out the way he wanted; the island allegedly becomes safe again after everybody (including Crowley himself) dies. This happens after every person who had been bullying Crowley is murdered. Theoretically, there shouldn’t be any reason for his spirit to come back for revenge.

While it seems that making the island safe is a noble mission, Zombie really only cares about money. If he can open the island up for tourism, he’ll get another income source. He allowed the murder of everyone on the tour simply so he could start his tours again.

Overall, I don’t feel that Hatchet 2 quite measures up to Hatchet, but it is still a fairly enjoyable watch. It includes a generous amount of gore, and it stayed true to the first film. As I continue to explore the films in this series for the first time, I look forward to seeing what Green brings to the third and fourth chapter in the Victor Crowley saga.