In Case You Missed It: Adam Green’s “Hatchet” is a bloody good time that delivers heavy doses of comedy and gore, a modern slasher done right. 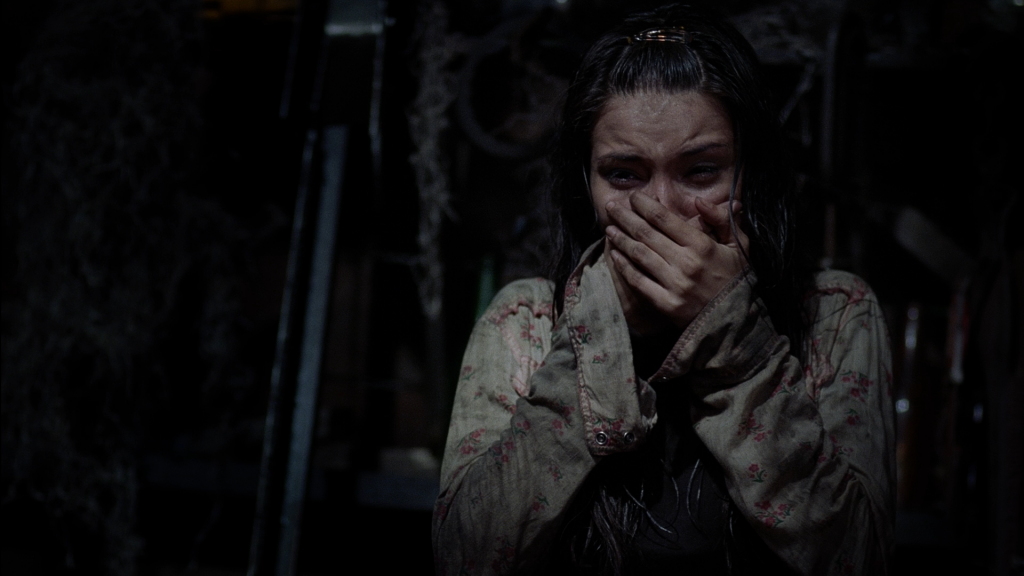 The first of a four-film series, director Adam Green’s film Hatchet follows a group of characters on a haunted boat tour that takes a sharp detour from fun to frightful.

I am a huge Adam Green fan, so I was very excited about watching Hatchet. Right away, I noticed a few similarities from his other films. For example, the employee leading the boat tour knows nothing about the tour or how to drive a boat. This reminded me of the careless ski lift operators in his film, Frozen, who leave a group of teenagers stranded on the lift in the freezing cold at night, just as the resort is shutting down for days. Green also has a habit of stranding his characters in extremely dangerous situations, which he did in both Frozen and another of his films, Spiral. 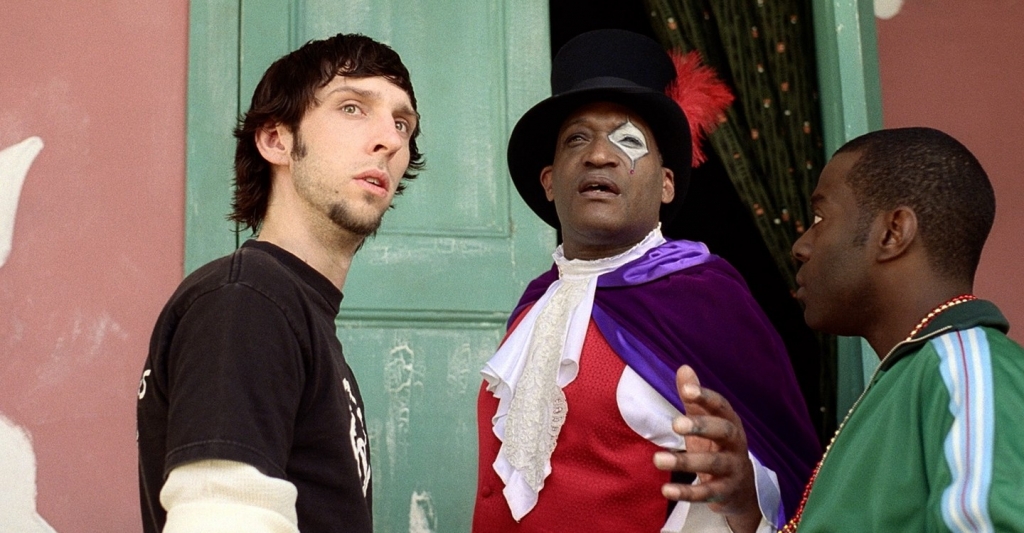 After his long term girlfriend breaks up with him, Ben (Joel David Moore) isn’t enjoying himself at a Mardi Gras celebration. So he splits off for a haunted boat tour. When he gets there, he finds the tour guide does not care much about his job and doesn’t seem to know what he is doing. The guide makes it clear that he only took the job because it’s easy money, and he hasn’t really done any research to make the tour authentic and engaging.

Thus, instead of being appropriately scary, the tour ends up being merely cheesy. And frustrations on the boat mount as the tour-goers turn on their guide. This causes tension, which only ramps up considerably when the boat crashes onto a rock. The customers get off on the island that happens to be famous for the urban legend that is attached to it. As they walk, a girl on the tour named Marybeth (Amara Zaragoza) expands on the story the guide told them on the boat. 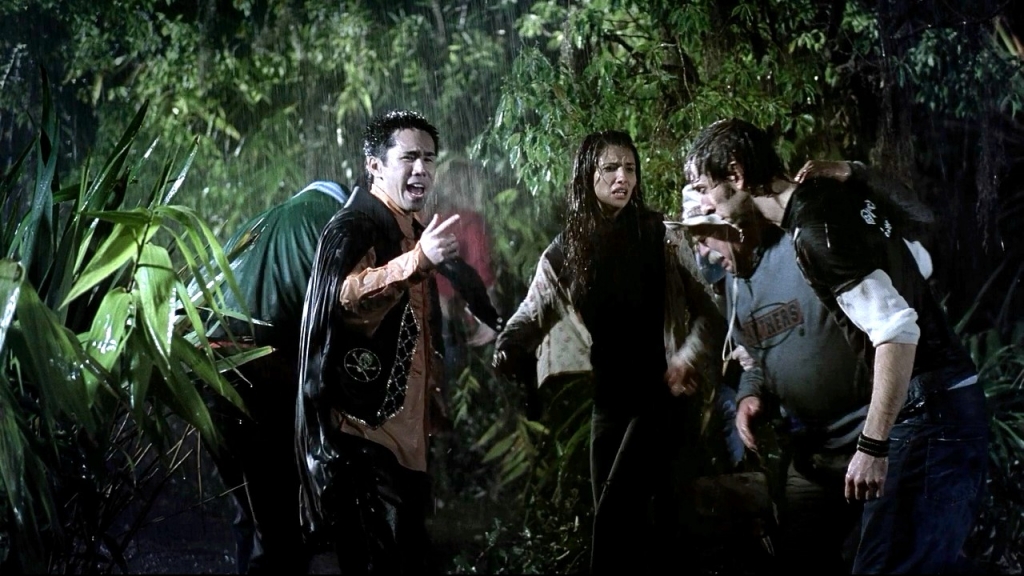 Allegedly, Victor Crowley haunts the island, the vengeful spirit of a deformed man who was tragically killed by his father on Halloween night.

Conceived through an illicit affair and cursed by his mother on her death bed, Victor was born horribly disfigured. Thus, his father kept him hidden away from the torment of other children. But tragedy struck one night when a fire broke out and Victor’s father, in an effort to save his son, accidentally struck him in the face with a hatchet and killed him. Due to the violent nature of his death, Victor is rumored to have become a ghost doomed to eternally relive that fateful night and massacre anyone he sees.

Although Marybeth tries to warn everyone, nobody is in the mood to indulge in her spooky story. Eventually, however, they find out the story is more than just an urban legend. And they learn the shocking truth about Crowley when he starts killing them off one by one, in intensely violent sequences. 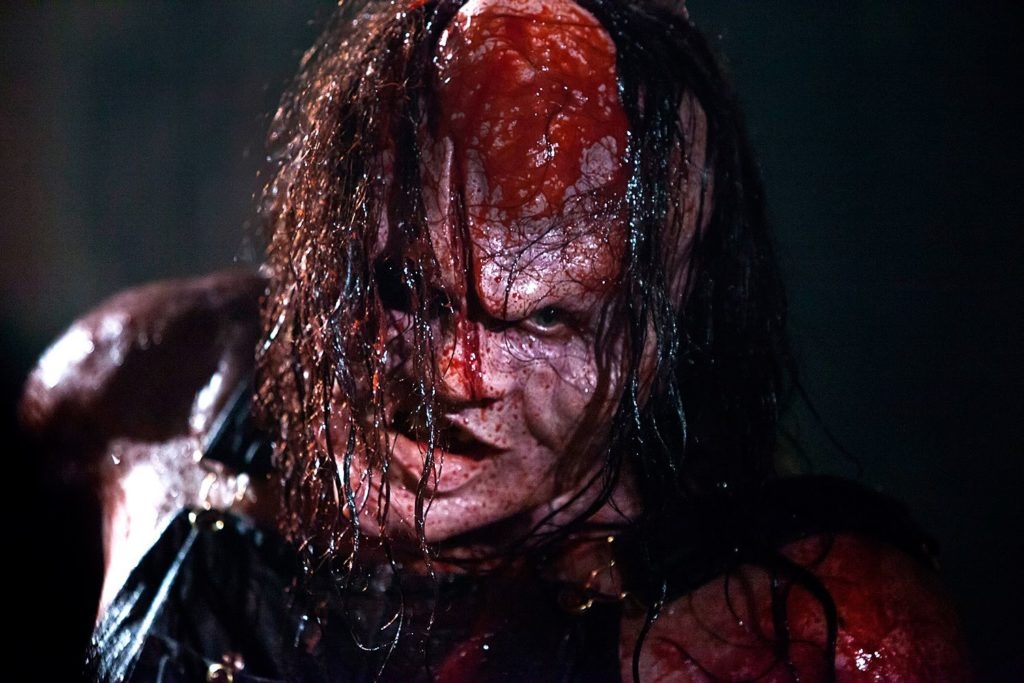 When I watch horror movies, I have a lot of fun judging characters who make stupid decisions.

But I didn’t have much opportunity to do that during this film, since the characters basically did everything right. I enjoyed watching a movie that featured characters who did not do all the cliche things people typically do in horror movies.

For example, when they first get off the boat, Ben keeps his head on straight and suggests they find a road. And since Marybeth believed the legend was real, she brought a gun with her on the tour. When Victor Crowley shows up, she doesn’t drop the gun or hesitate, but instead shoots directly at his chest with strength and determination. It’s a clear hit, which allows the group a chance to escape. 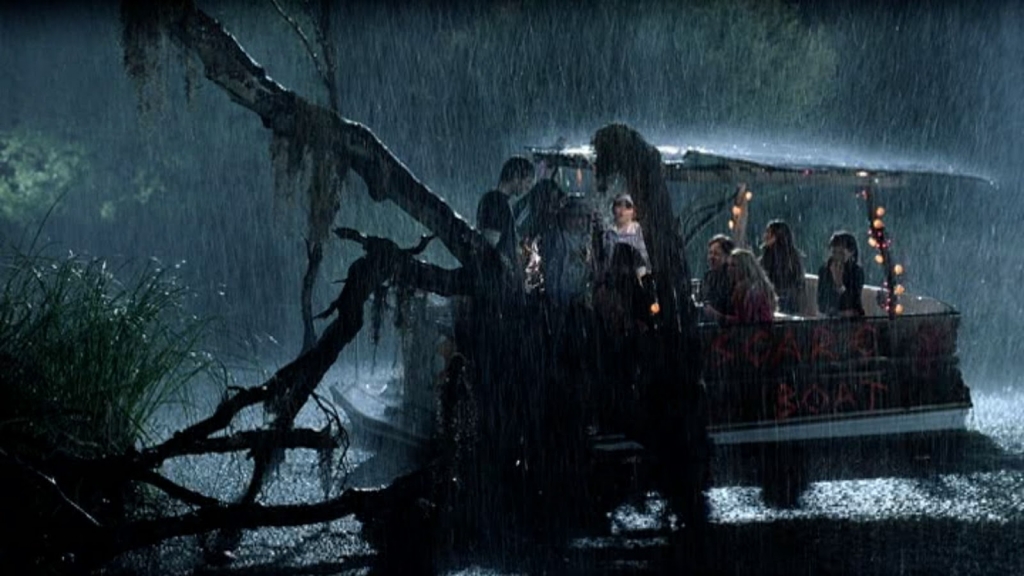 Later, when it becomes apparent that Victor Crowley won’t be killed so easily, everybody stops and calmly discusses what to do next. They assess the situation and realize that instead of killing him they should try to at least slow him down with an injury.

It is refreshing to see them attempt different ways to stop the unstoppable killer (played by horror icon Kane Hodder, known to horror fans as Jason Voorhees in many of the Friday the 13th films). In the end, in spite of a valiant effort, Crowley keeps coming back. 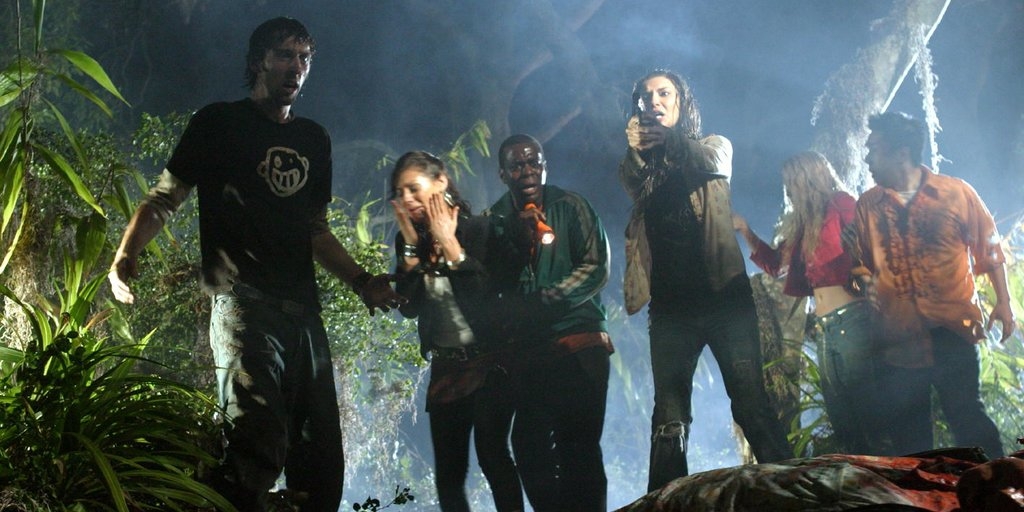 Marybeth is also an interesting character in terms of her role as the “final girl”.

Female characters in horror films normally shy away from any type of combat, but she came prepared and fought hard. It makes sense, as her reason for being on the tour was very personal. Instead of coming from a point of fear, she comes from a point of rage, which works a lot better in terms of survival.

She’s not a typical “damsel in distress” and uses her anger in a fitting way, making her progression in the film fun to watch. 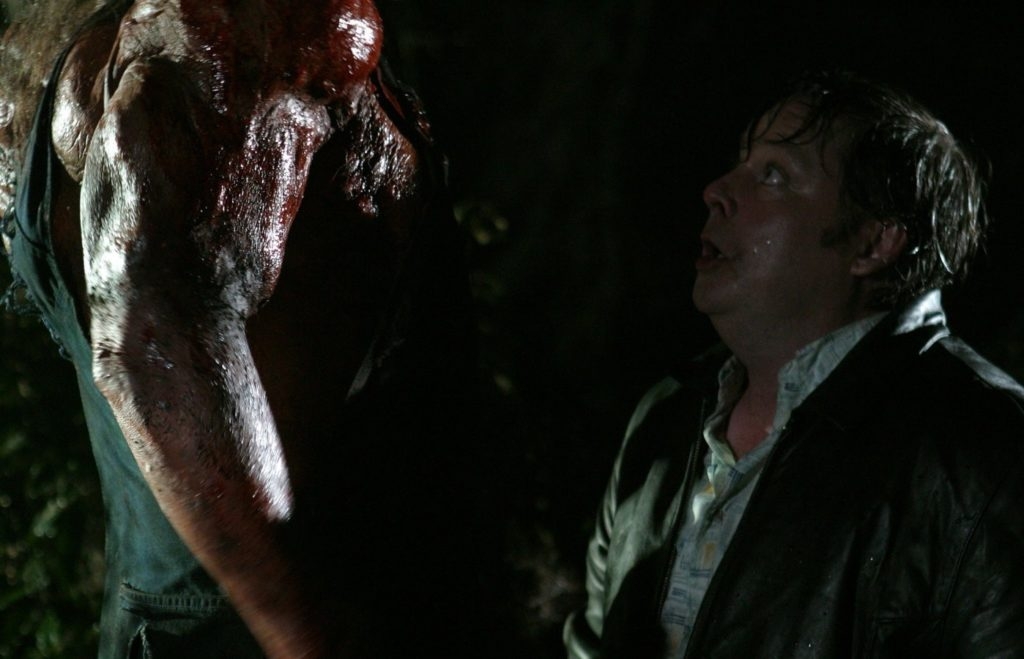 Although this was a horror comedy, the scary elemen