As another wild year comes to an end, we look back at six of the most anticipated and heavily hyped horror films of 2021.

The wait for some of the genre’s biggest releases began back in 2020 when, due to COVID, many of the most exciting titles were postponed until this year. As unfortunate as that was, it did result in a huge 2021 for horror fans, with a massive slate of both new movies and the long-anticipated release of delayed blockbusters. Here are six of the year’s most talked-about releases.

Before the year comes to an end, now is a great time to catch any of these horror hits you may have missed before we usher in another exciting year of great genre releases.

And if you’re a rabid horror fan looking for some more interactive thrills while enjoying a holiday break, explore roulette games free in between your movie marathons. 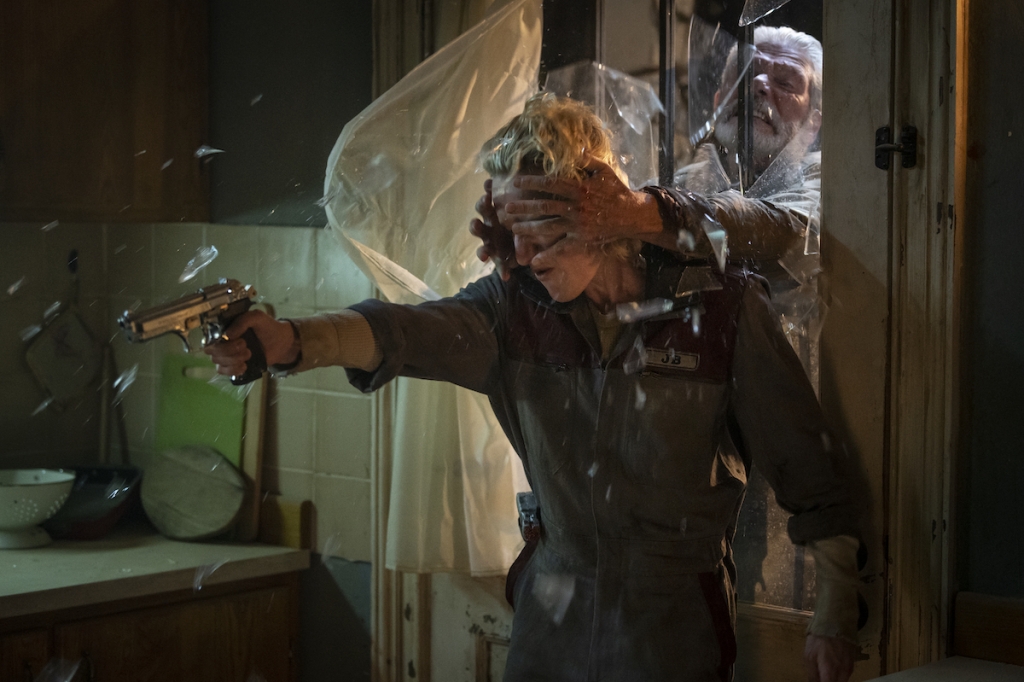 Don’t Breathe 2 was the long-awaited American horror film with thriller elements, which premiered on August 13, 2021.

In 2016, Fede Álvarez’s Don’t Breathe became a surprise hit, grossing $157 million at the box office. The film was co-produced by the great Sam Raimi and Robert Tapert and co-written by Álvarez and Uruguayan screenwriter Rodo Sayages. The film starred Jane Levy, who made a huge splash in Álvarez’s previous film, the Evil Dead remake.

After Evil Dead, which put star Levy through the wringer both on and offscreen, Álvarez wanted to craft a less bloody and brutal film, focusing more on suspense and human drama rather than supernatural terror.

With the wild success of Don’t Breathe, it’s no surprise that Álvarez and Sayages were eager to take up the script for the film’s sequel. This time, Sayages would take over directing duties, making his feature film directorial debut.

Don’t Breathe 2 takes place eight years after the events of the first film. The story follows the blind Norman Nordstrom (with Stephen Lang reprising his role), who now lives in an abandoned hut with 11-year-old Phoenix and his Rottweiler, Shadow. Norman tells Phoenix that her birth mother died in a fire in their old house. When a team of criminals kidnaps the child, the measured life of a blind old man turns into a nightmare, as he must venture out of the safety of his home to save the girl.

After a brief theatrical release, the film landed on video-on-demand on September 3, 2021, digital download on October 12, 2021, and on 4K Ultra HD, Blu-ray, and DVD on October 26, 2021. Special features include a filmmaker audio commentary, a never-before-seen alternate ending, and three featurettes.

Don’t Breathe 2 is now available to rent or buy on most VOD platforms.

Released on August 27, 2021, Candyman is the new interpretation of the classic 1992 supernatural horror film of the same name, based on Clive Barker’s short story “The Forbidden”.

The original followed a Chicago graduate student named Helen Lyle completing a thesis on urban legends and folklore, which leads her to the legend of the “Candyman”, the ghost of an artist and the son of a slave who was murdered in the late 19th century for his relationship with the daughter of a wealthy white man.

The remake/spiritual sequel from Nia DaCosta and producer Jordan Peele follows a visual artist named Anthony McCoy who lives in Chicago with his girlfriend, art gallery director Brianna Cartwright. After his art fails to generate excitement, Anthony goes in search of a creative spark. He hears about the legend of Helen Lyle, who, in 1992 allegedly kidnapped a baby and went on a killing spree before dying in a fire.

Anthony heads to Cabrini-Green to investigate the legend, where he learns about the story of the Candyman — a man falsely accused of a horrendous crime and brutally murdered by officers, who is now rumored to be a vengeful spirit that can be summoned by saying Candyman five times in a mirror.

Inspired by the story, Anthony makes an elaborate art piece based on the Candyman legend titled “Say My Name” to display at Brianna’s art exhibit, which results in a couple of gruesome murders. As the rumors of Candyman spread, and Anthony’s obsession grows, much more blood is shed.

After having its release date pushed three times due to COVID, the film was finally released to mostly rave reviews from critics and a very enthusiastic reception among horror fans. It has grossed $77 million worldwide against a $25 million budget.

Candyman (2021) is now available to rent or buy through most VOD platforms.

Halloween Kills, the follow-up to the blockbuster hit Halloween (the 2018 reboot of the beloved Halloween franchise from director David Gordon Green), was easily one of the most anticipated and heavily marketed horror films of 2021.

Halloween (2018) was written by Green, Jeff Fradley, and Danny McBride. It was the eleventh installment in the Halloween film series and a sequel to the 1978 film of the same name, ignoring all other sequels in the franchise. It starred legendary scream queen Jamie Lee Curtis and Nick Castle, reprising their respective roles as Laurie Strode and Michael Myers, with stuntman James Jude Courtney also portraying Myers.

Its plot follows a post-traumatic Laurie Strode who prepares to face Michael Myers in a final showdown on Halloween night, forty years after she survived his killing spree.

Like the 1982 sequel, the sequel to 2018’s Halloween picks up right where the first film left off. Laurie Strode, with her daughter Karen and granddaughter Allison, has successfully lured Michael into a trap. After setting fire to the house with Michael i